Saygus V2 First Impressions: Flexing Its Muscles Amongst the Heavyweights

At CES in January, a small upstart from Salt Lake City, Utah in USA - Saygus - unveiled a smartphone that promised to be your definitive Android experience. The Saygus V2 (pronounced Saygus V-squared) packs in more features than you might ever require.

In a span of two months, Saygus has gone from introducing the phone to accepting pre-orders from around 51 countries - a number put forth by the company itself. Additionally, the executives at Saygus told NDTV Gadgets that they are receiving a lot of requests and interest in the phone from India as well. For all you backers out there and for those who are merely intrigued by the Saygus V2, here are our first impressions of the device. 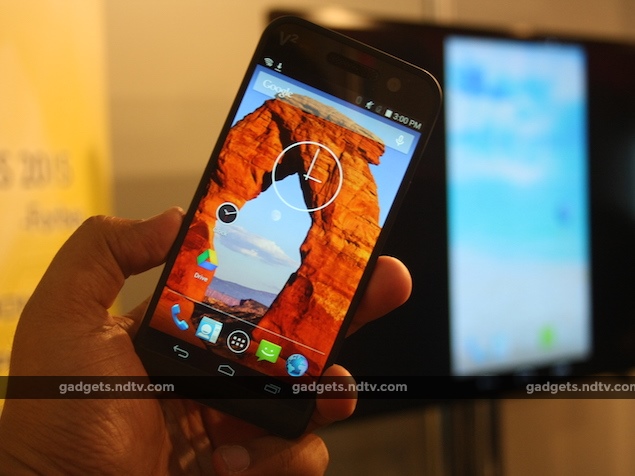 At first glance, the phone feels chunky at 9.7mm compared to other flagship Android smartphones in the market. That said, Saygus has managed to keep the weight of the phone at a comfortable 141g thanks to the use of materials like anodised aluminium and magnesium alloy. The rear is protected by kevlar coating which was first used by the Motorola Razr back in 2011. Interestingly, Saygus tells us that the engineer who worked with Motorola for the kevlar back also engineered the V2. The phone uses waterproofing technology by another Utah-based company HZO. A fractal antenna on the rear, provided by a company of the same name as the tech, apparently boosts cellular network reception.

The edges of the phone are raised, which should mean that falling face-down will not affect the display first on impact. The 5-inch display has a resolution of 1080x1920 (FHD) and is protected by Corning's Gorilla Glass 4. The screen looked adequately bright and sharp, and it is makes use of Quicklogic's ArcticLink III VX technology to enhance the sunlight legibility, which we couldn't test indoors. The Saygus V2 uses two Harmann Kardonn speakers below and above the screen. Unfortunately, these speakers are not active since it was an engineering prototype and as a result we couldn't test the sound quality. 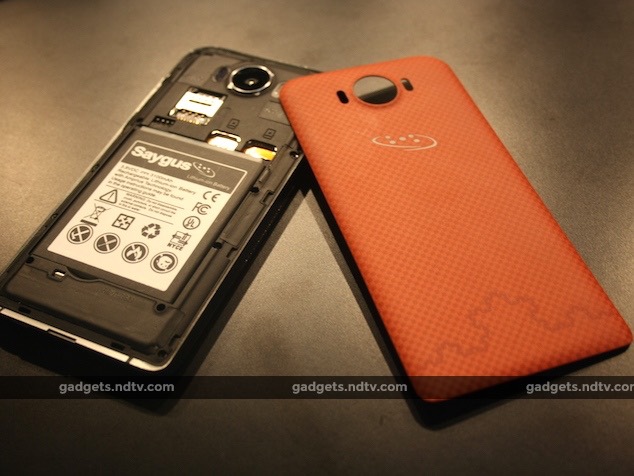 Similarly, the two cameras on the phone - a 13-megapixel front-facing one and 21-megapixel primary camera - were both inactive. The optics are sourced form Sharp and Saygus claims that both include optical image stabilisation, which should improve low-light performance. The phone also includes a biometric fingerprint scanner on the right edge, which wasn't active either.

The piece de resistance of the Saygus V2 is its 60GHz Wireless HD capability. In collaboration with Silicon Image, Saygus has added a chip that can send visuals wirelessly to your HDMI-enabled television. Moreover, it doesn't send the signals over Wi-Fi. Saygus claims that the FHD transmission quality is better than that of a connection established by Miracast protocol. A small device (still a prototype) to be sold as an add-on accessory, connects to the HDMI port on your television and receives the wireless signal. We noticed that the picture quality was impeccable and a demonstration of Riptide GP2 worked without any lag. If our initial experience is any indication, then we hope that more smartphone brands can lap up this feature for their flagship devices. 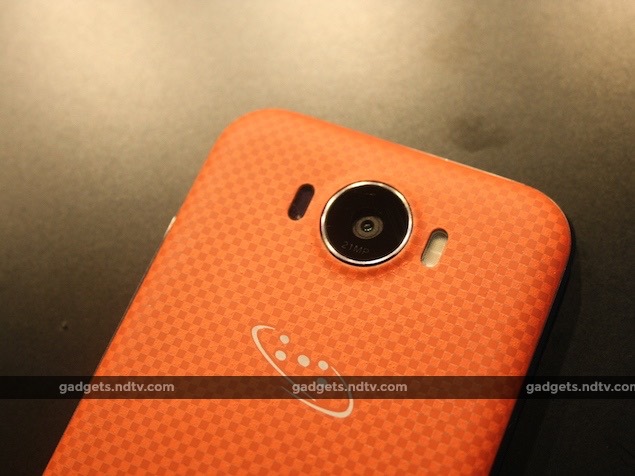 The one drawback in an otherwise feature-rich phone is that it is running Android KitKat. However, Saygus executives did state that they did test a Lollipop build on the Saygus V2 and weren't happy with the multiple bugs they encountered during testing. So there's hope it will get Android 5.0 Lollipop update in the future.

Internally, the Saygus V2 packs Qualcomm's Snapdragon 801 quad-core processor clocked at 2.5GHz and 3GB of RAM. It also has 64GB of internal storage and two microSD card slots that can accept memory cards up to 128GB of storage space. If that wasn't enough, Saygus executives mentioned that they are in talks with Sandisk to add support for its latest 200GB microSD card (also announced at MWC); which takes the potential maximum storage space up to a whopping 464GB! 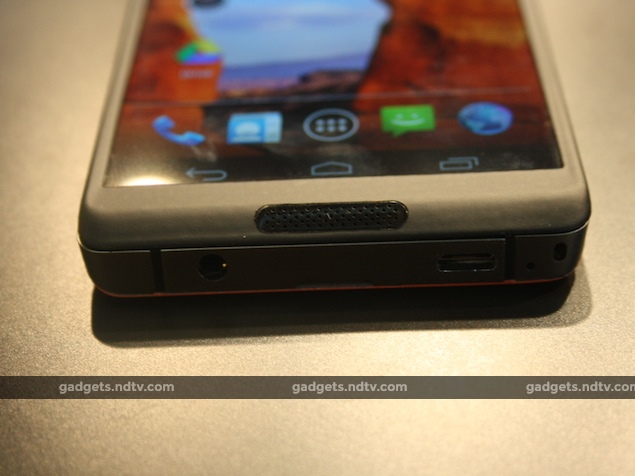 The Saygus V2 is expected to support every any kind of network, GSM or CDMA, across the world. It has a 3100mAh battery inside and has support for wireless Qi charging as well. Root access will be made available to every user and it will also support multi-boot from a microSD card.

Since we only got to play around with the engineering prototype of the Saygus V2, we couldn't experience a lot of the functions. Having said that, if the final retail device manages to live up to its promises we are possibly looking at a phone that could give others a run for their money. The Saygus V2 is available for pre-order online at $599 (approximately Rs. 37,300).

product The Saygus V2 is an all-American Android smartphone that packs in more features than you might ever need.