Of the trio, the Samsung Galaxy S21 Ultra 5G is the top-end model, and it is priced starting at Rs. 1,05,999 in India. It features some big upgrades over the Galaxy S20 Ultra (Review). Apart from having a faster SoC and improved cameras, the new S21 Ultra 5G also supports the S Pen, which so far has been the signature feature of Samsung's Galaxy Note series. I've been using the Galaxy S21 Ultra for a couple of days, and while there's still a lot to be tested, here are my first impressions of it.

The Samsung Galaxy S20 series models didn't quite have the best design for flagship phones, in my opinion, especially since they resembled the mid-range Galaxy A series quite a bit, just with more premium materials. The Samsung Galaxy S21 Ultra addresses this criticism with its new contour-cut design. The camera module now looks like an extension of the metal frame. It looks neat, especially in the new matte-textured Phantom Black colour that I have. However, the Galaxy S21 Ultra 5G is even heavier and bulkier than its predecessor, measuring 8.9mm in thickness and weighing 227g. 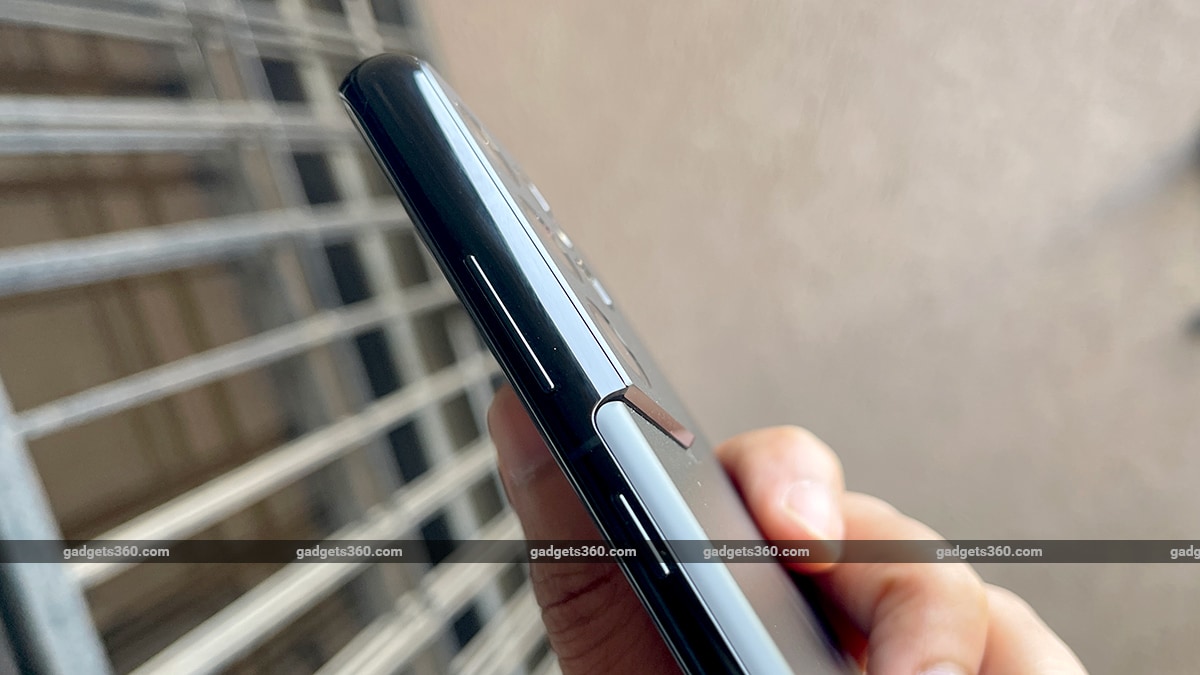 The display is definitely one of the hallmark features of the Samsung Galaxy S21 Ultra 5G. It's brighter and has a higher contrast ratio compared to the Galaxy S20 Ultra's screen, but more importantly, it can now run at up to 120Hz at the native QHD+ resolution, which wasn't possible with last year's series. Samsung claims that the refresh rate of the display on the Galaxy S21 Ultra 5G can scale down all the way to 10Hz if needed, in order to save power. This is also the only phone in the series to have a curved-edge display, whereas the other Galaxy S21 models have flat edges. Other features include a larger in-display fingerprint sensor, support for an optional S Pen stylus, and HDR10+ certification.

The Samsung Galaxy S21 Ultra 5G sold in India will have the new Samsung Exynos 2100 SoC, while some other countries get the Qualcomm Snapdragon 888 5G SoC. Both are based on a 5nm fabrication process, just like Apple's A14 Bionic, and feature a single ARM Cortex-X1 CPU core, three Cortex-A78 cores, and four Cortex-A55 cores. The cores in the Exynos 2100 SoC have slightly higher clock speeds than their equivalents in the Snapdragon 888. Samsung claims improved performance across the CPU, GPU, and AI subsystems compared to the Galaxy S20 Ultra, which is to be expected. The Galaxy S21 Ultra 5G also runs the latest version of OneUI (v3.1) based on Android 11, which feels polished and snappy. 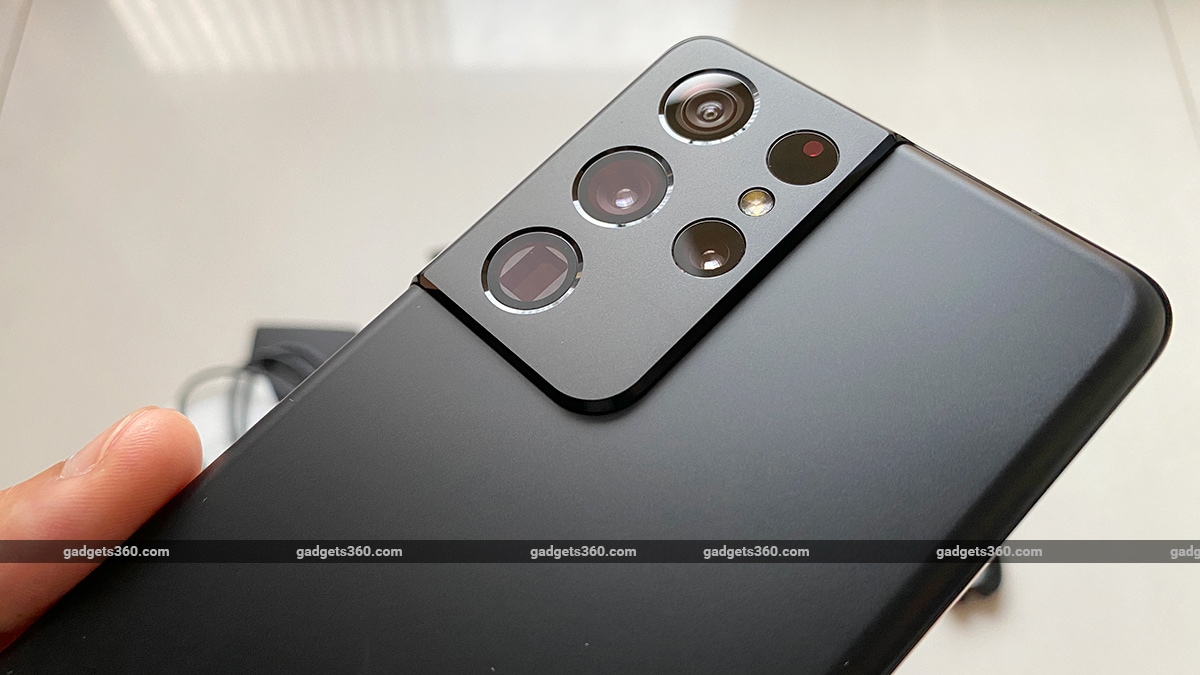 Before we wrap this up, let's quickly go over the new cameras, which are one of the main reasons anyone might choose the Ultra model over the others. The focus this time is on improving telephoto camera performance, and for that, Samsung has gone with two independent 10-megapixel telephoto cameras — one with 3x optical zoom and another with 10x optical zoom. Both are optically stabilised and have Dual Pixel autofocus. I'm very eager to test these cameras to see how photo quality is improved over the previous model. The primary camera has a 108-megapixel sensor, and there's also a 12-megapixel ultra-wide-angle camera. You still get a 40-megapixel selfie camera like last time. There are some new software tricks in the camera app, which we'll dive into in the full review. Samsung also continues to hype 8K video recording, albeit still at 24fps.

The Samsung Galaxy S21 Ultra 5G is definitely feature-packed, however it has also lost a few things along the way. There's no provision for adding a microSD card anymore, so the internal storage cannot be expanded. The retail box is also smaller and lighter as Samsung has eliminated the charger and headset, leaving you with a single USB Type-C cable, following in Apple's footsteps.

I will be testing the Samsung Galaxy S21 Ultra 5G over the next couple of days, so don't forget to check back for the full review coming soon, in which I'll cover this phone's cameras, performance, battery life, software, build quality, ease of use, and much more.

product The Samsung Galaxy S21 Ultra 5G has a lot of new, exciting features, which we’ll be testing over the coming days, but first, here are our first impressions of Samsung’s latest top-end model.