There's a lot to like about Samsung's new Galaxy S5 smartphone -among them, its relative lack of features.

Don't get me wrong. The company's new flagship smartphone has plenty of innovations, including water resistance, a heart rate sensor and a fingerprint reader to bypass security passcodes. The screen measures 5.1 inches diagonally, which is slightly larger than its predecessor's 5 inches and much bigger than the iPhone's 4 inches. The S5's camera is capable of taking 16 megapixel images, an improvement from 13 megapixels in last year's Galaxy S4 (Review I Pictures).

What's most notable, though, is Samsung's decision to focus on features people might actually want. Some of the S4's features - such as automatic scrolling of content when you tilt your phone or head - came across as clutter or gimmicks that often didn't work as advertised.

Samsung also simplified the phone's interface. Like other Android phones, the Galaxy S5 is still more complex to use than Apple's iPhone, but the flip side is you get many more ways to customize it, including the ability to unlock a phone by drawing a pattern on the screen rather than using a passcode. In the S5, Samsung plays down or removes many of the S4's less useful features, while rearranging the settings and layouts to make things easier to find.

The phone goes on sale Friday around the world, though a few carriers in Korea released it early. Through the major U.S. carriers, it will cost about $200 with a two-year service agreement or $600 to $660 without one. 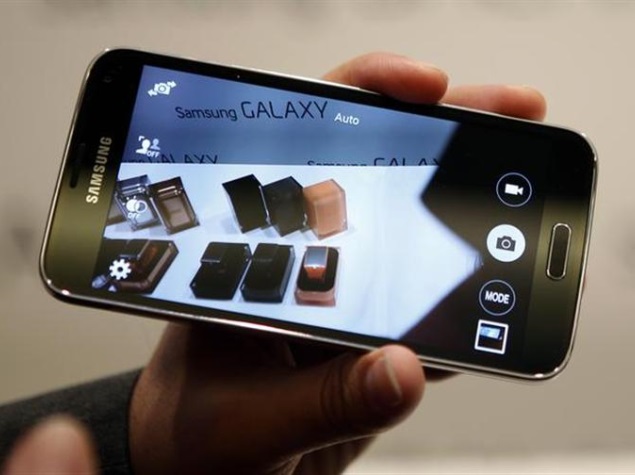 Samsung is emphasizing fitness activities in its latest phone.

The heart rate sensor, located on the back just below the camera lens, doesn't measure your pulse continuously. Rather, you have to hold your finger on the sensor for about five seconds before and after your activity. The information gets stored in Samsung's S Health app. Other app developers can make use of the sensor, too.

If you need continuous tracking, Samsung has three fitness-focused wrist devices out Friday. They sync with the S5 and other Samsung phones to give you a broader snapshot of your activities. I'll be reviewing those features separately after I've had a chance to use the phone for more than an afternoon.

In keeping with the fitness focus, Samsung also offers water resistance, meaning you can submerge it as much as 3 feet deep for up to 30 minutes. You can splash away by the pool, or sweat on it during a run.

Sony Corp. goes further in letting you dunk its latest Xperia phones up to 4.5 feet deep, but multiple plastic covers must be intact to get the protection. With the S5, there's only one cover to worry about, plus the phone's removable plastic back. The S5 isn't meant for underwater use, but I was still able to take photos and listen to audio.

The camera's 16 megapixel resolution brings the S5 closer to what stand-alone cameras offer, though the megapixel count is just one factor. In my limited tests, many indoor shots came out blurrier compared with the 8-megapixel iPhone 5s (Pictures). I'll be reviewing the camera features more extensively. 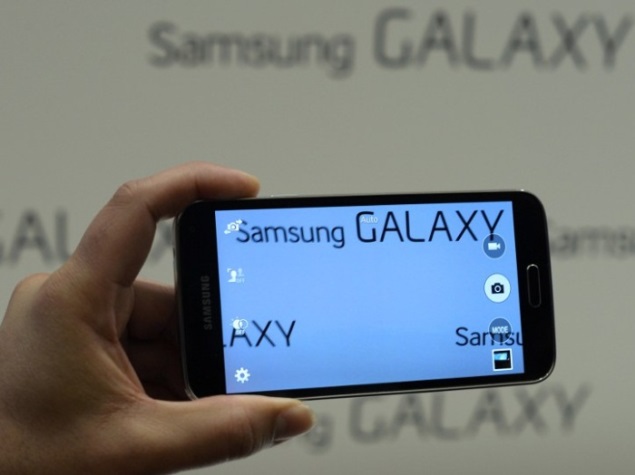 For now, I'll point out that the camera interface is simplified. With the S4, I would often turn on special modes and features by mistake and miss the shot trying to turn them off. The S5 reduces your choices or at least hides many of them. For instance, one button combines many of the previous choices and offers you the relevant ones based on circumstances. The S5 also promises a faster auto-focus, though it'll take time to test that promise.

To set it up on the S5, you simply swipe your finger over the home button eight times. You can do it with up to three fingers. The device recognizes my print when I swipe it sideways or upside down. It even works after handling oily Indian bread, though the phone drew a line after I dipped my finger in grease. It chided me to clean the surface and my finger.

The S5 goes further than the iPhone in letting you use your fingerprint to buy things at retail stores that accept PayPal's mobile app. You swipe the sensor instead of entering your passcode.

Your fingerprint can also be used to unlock a new, private mode on the phone. When you exit that mode, photos and other documents you designate as sensitive are hidden as if they never existed.

Some people may be concerned about losing their fingerprint identity to hackers. Unlike passcodes, fingerprints can't be changed. I'll just note that it's optional, and you can still use passcodes the way you always have. Like Apple, Samsung keeps the fingerprint ID in a secured part of the phone, so it never goes to any servers. When PayPal needs to verify an identity, the phone simply tells PayPal's app about the match, without needing to send the print ID. 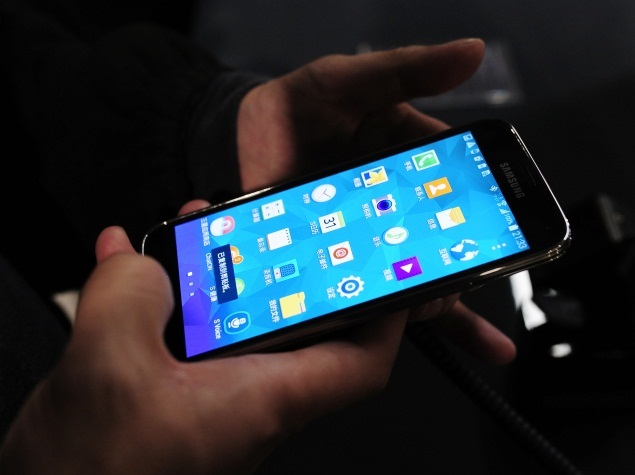 Parents will also appreciate a kids mode filled with age-specific apps for each child. But to leave kids mode, all you have to do is enter a birth year that's 2001 or before. The app is even helpful enough to tell the kid to pick an age older than 13. You'll need to pay $5 a month for a premium service that includes a real passcode, not just your birth year.

One area where Samsung phones still fall short is in their construction. Although the removable plastic back makes it possible to replace the battery, it comes across as cheap next to the iPhone's glass back and the HTC One's metal body.

And Samsung hasn't completely removed all the clutter. There are still two separate apps to listen to music, watch video and buy apps. The S5 comes with the standard Google apps for Android, but Samsung Electronics Co. loads its own, too.

These aren't huge shortcomings. There's more to like than not.

The S5 isn't the only good smartphone out there, but there's enough in it to give Samsung another hit.