How much is too much?

Samsung's Galaxy Note series started out as business-focused devices, promising tools for productivity including the instantly familiar S Pen stylus. The series has been recognised, and often derided, for pushing screen sizes ­– though what seemed impractical a few years ago is now quite mainstream. Of late though, Samsung has turned the Galaxy Note series into a premium flagship lineup, with a roughly six-month gap between Galaxy Note and Galaxy S series launches.

This is, first of all, a very large phone. It has a 6.9-inch screen, and narrow borders don't help a lot when it comes to reducing bulk. At 208g, the Galaxy Note 20 Ultra is a bit heavier than average but it's the bulk and overall shape that make this phone difficult to use. The top and bottom are completely flat, while the sides are rounded. I found the lower corners digging into my palms when holding this phone.

There's a huge, bulbous camera protrusion on the rear with three very prominent camera lenses in a row, and additional sensors to one side. It's a little jarring to see such a thick camera module – but Samsung points out that this is because the rest of the phone is thinner than before. In my limited time with the Galaxy Note 20 Ultra, the camera bump did get in the way and feel awkward.

Samsung has used Corning's new Gorilla Glass Victus on the front and rear, except for the camera module itself which uses Gorilla Glass 6. The glass is very slick, but has a frosted matte finish which is contrasted with the shiny metal frame visible on the top, bottom and sides. Interestingly, the smaller Galaxy Note 20 has a polycarbonate back.

I have a Mystic Bronze unit with me, and the overall effect is a little too gaudy for my tastes. I would have preferred a much more understated design. There's also a Mystic Green option, and Samsung might introduce others over time. Thankfully the body Is IP68 rated for protection from liquids and dust. My unit came with an adhesive screen protector already applied, but there wasn't even a simple plastic case in the box. 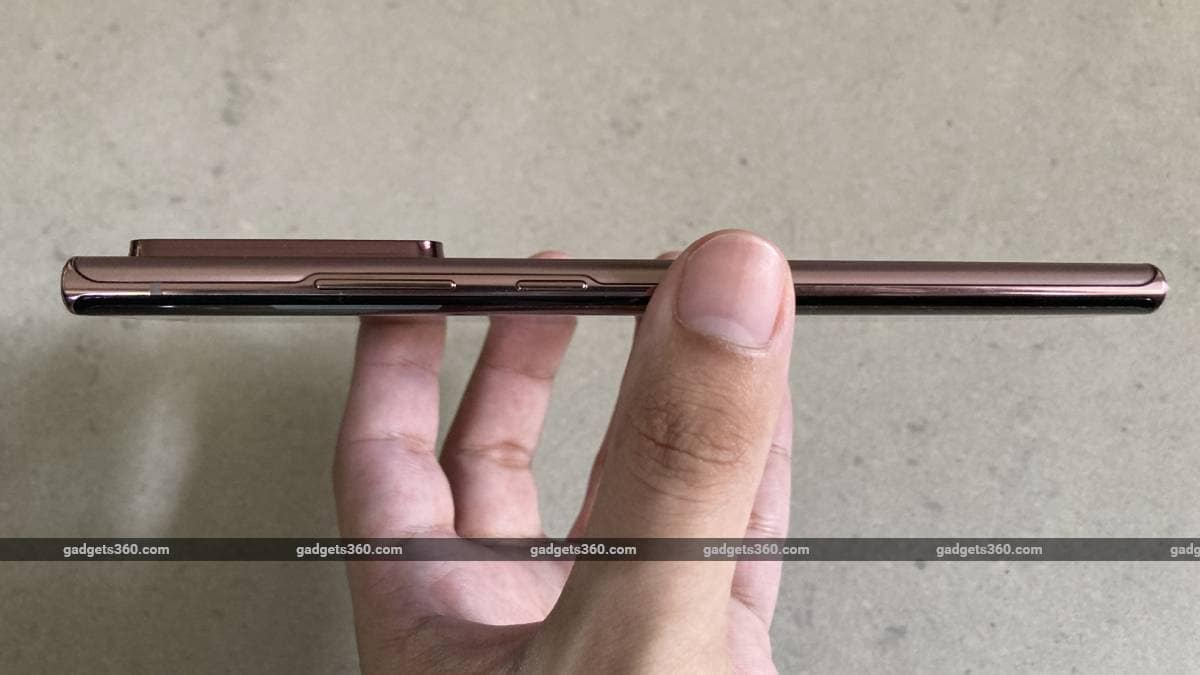 The S Pen silo has been shifted from the bottom right to the bottom left, which will take some getting used to for longtime Note fans. There's a USB Type-C port on the bottom, but no 3.5mm audio socket. I noticed that the power and volume buttons are all on the right, and the left is blank – there isn't even a Bixby button.

New this year are some S Pen gestures for UI navigation and taking screenshots, so you don't have to put the stylus down when using it. Samsung also says latency is improved for a more lifelike pen-on-paper experience. I did find the experience of writing with the S Pen extremely fluid, but the phone also emits the sound of a nib scratching on paper, which I think is quite unnecessary.

Samsung has also improved its DeX desktop experience and there are some new integrations with Windows 10 and Microsoft OneNote for synchronising notes and converting them into useful formats, which I'll experiment with when I'm testing this phone for its full review. 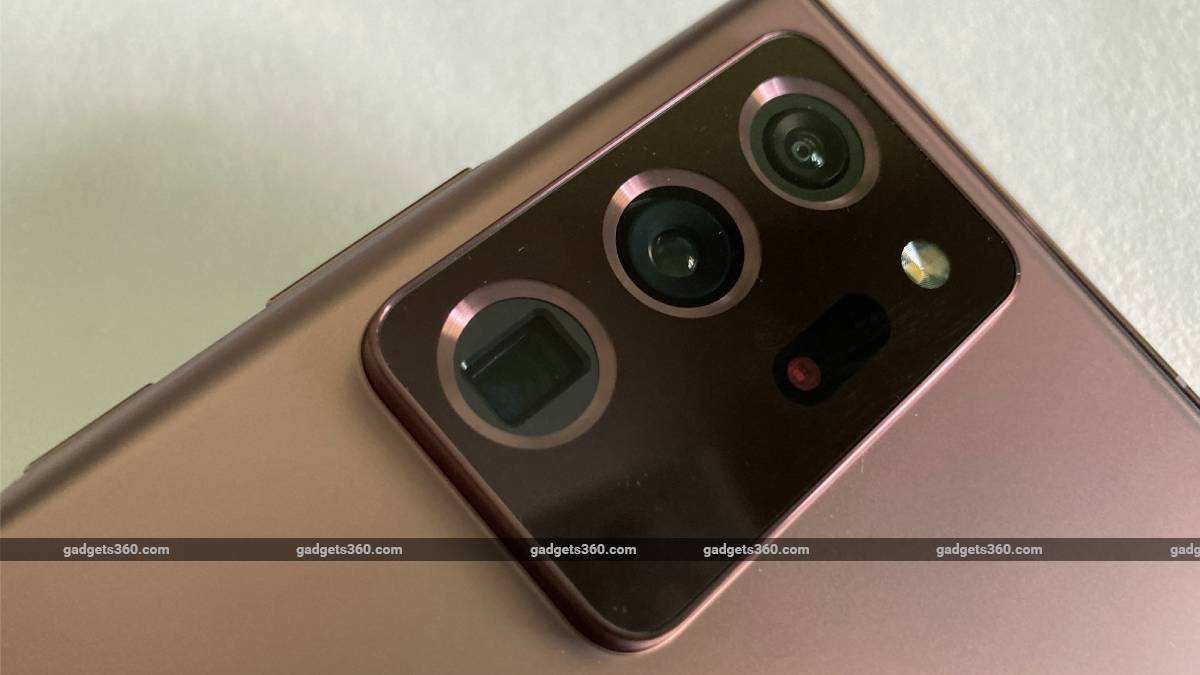 One of Samsung's strengths is its in-house display manufacturing capability, and the Galaxy Note 20 Ultra shows this off. You get a 6.9-inch 1440x3088-pixel 120Hz QHD+ HDR10+ panel. There's a small camera embedded in the upper centre and an ultrasonic fingerprint sensor lower down. The panel is extremely crisp, though it runs at full-HD+ by default. I noticed that it can't be set to run at 120Hz all the time, the only options are 60Hz and Automatic.

The biggest difference between the Galaxy Note 20 Ultra and its more affordable sibling is the 108-megapixel primary camera on the back, which Samsung says delivers superior results than the one on the Galaxy S20 Ultra. There's also a 12-megapixel ultra-wide camera and a 12-megapixel periscopic camera that can achieve up to 5x optical zoom and 50x Super Resolution zoom. The front camera has a 10-megapixel resolution. I'll be taking all kinds of photos and testing the zoom capabilities in depth in my full review.

As for software, we have the heavily customised Samsung One UI 2.5 with its oversized icons and spaced-out menus, which looks a bit out of place on such a large, high-end device. I'll explore customisation options as well. Interestingly, you're guaranteed software updates for three years.

The Galaxy Note 20 Ultra is trying to be a top-of-the-line camera phone and general-purpose flagship. It's huge and unwieldy, and the look isn't as sophisticated as I'd have expected. So what is this phone like to live with? Should you spend over Rs. 1,00,000 for this phone, or would the less expensive Galaxy Note 20 be a better option for you? I'll be finding out over the next few days, so do stay tuned for the full review, coming up soon.