Is the Samsung Galaxy Note 10+ the best camera smartphone?

Samsung has picked top-of-the-line hardware for its Galaxy Note 10+ smartphone and has left no stone unturned when it comes to the cameras. The primary rear camera has a 12-megapixel sensor, a variable aperture (f/1.5-f/2.4), a 1.4-micron pixel size, Super Speed Dual Pixel AutoFocus, and even optical image stabilisation (OIS). The secondary camera is a 16-megapixel one with an ultra-wide-angle lens, an f/2.2 aperture, and a 123-degree field of view.

Next, there's a 12-megapixel telephoto camera with PDAF, OIS, and 2x optical zoom. Finally, Samsung has also added a Depth Vision camera which is a Time-of-Flight sensor that can scan objects in 3D. At the front, Samsung has opted for a 10-megapixel selfie shooter with Dual Pixel AutoFocus, an f2.2 aperture, and an 80-degree field of view.

All this hardware won't produce results without good software, and Samsung has stuck with its tried and tested camera app. The layout is similar to what we have seen on the Galaxy S10 series of devices, but now also has stylus integration. You can control the camera using the S Pen stylus via Air Actions gestures. You can switch between the different camera modes by pressing the button on the S Pen and executing a gesture. You can also take pictures, switch between the rear and the selfie cameras, and zoom in or zoom out. While it is interesting, performing the same actions by interacting with the display is a lot quicker. 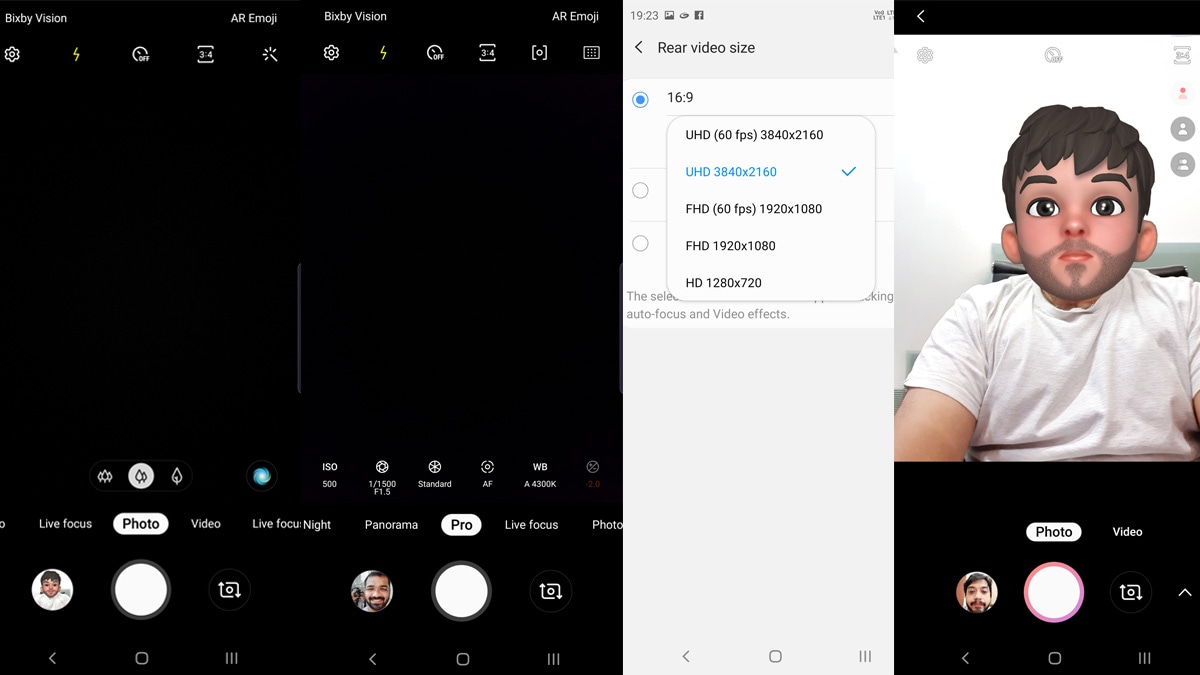 The camera app is loaded with features and shooting modes. Apart from the usual photo and video modes, it has Pro, Panorama, Live Focus, Slow Motion, Super Slow-Mo, Hyperlapse, Food, Live focus video, and Night modes to choose from. There are quick toggles for HDR and the flash. A Scene Optimiser function uses AI to detect what you're pointing the camera at before taking a shot.

There is also a set of quick shortcuts to switch between the primary, ultra-wide-angle, and telephoto sensors. The selfie camera crops the frame by default, but you have a toggle to switch to a wide-angle mode. AR Emojis are also added in the default camera app on the Samsung Galaxy Note 10+. It does a good job of detecting eye movement and can even detect when you stick your tongue out.

The Samsung Galaxy Note 10+ was super quick (almost real-time) to lock focus, and the scene optimiser set the camera correctly for whatever we were shooting. Daylight samples had excellent dynamic range, and the phone enables HDR effectively when the need arises. Objects at a distance were recognisable, as the primary sensor does an excellent job at reproducing detail. Even when shooting in bright conditions, we noticed that the phone could set the exposure without overexposing anything. 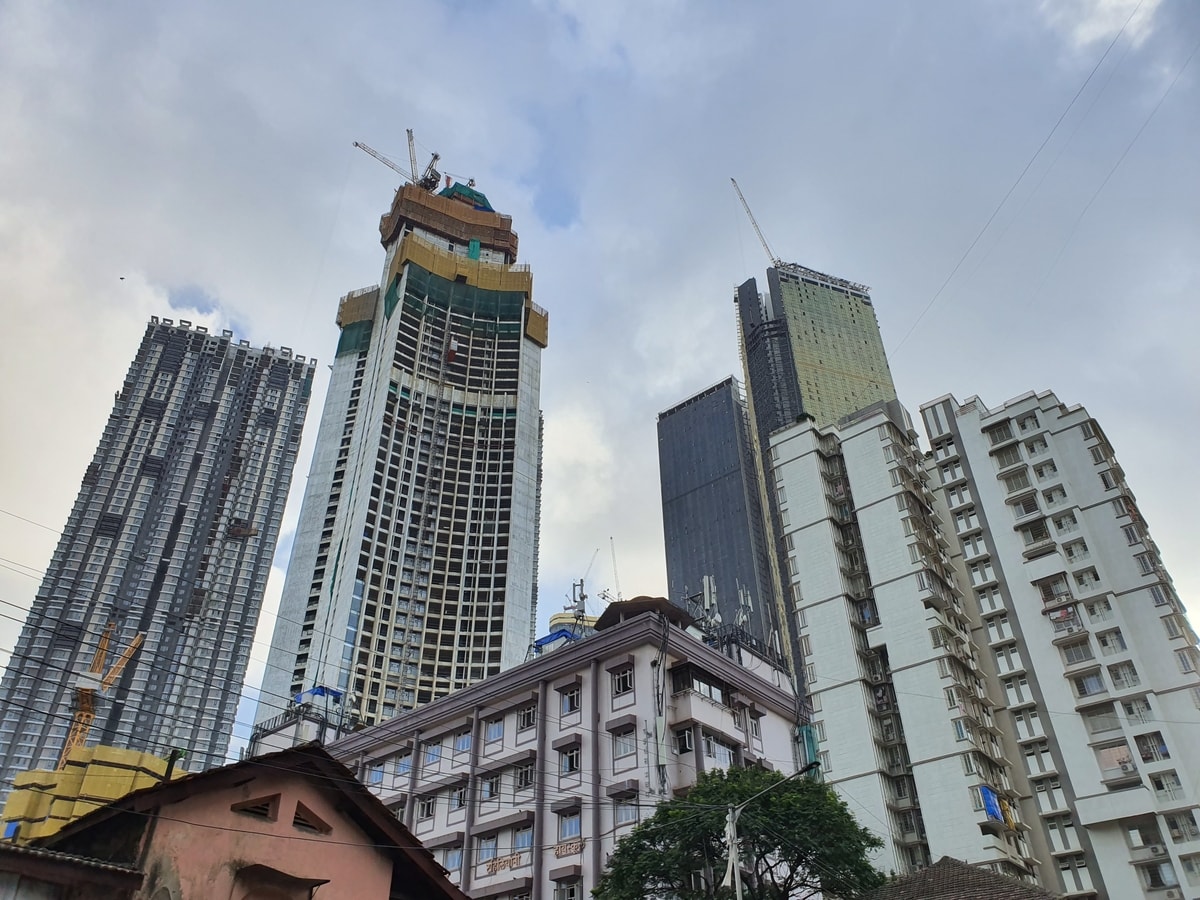 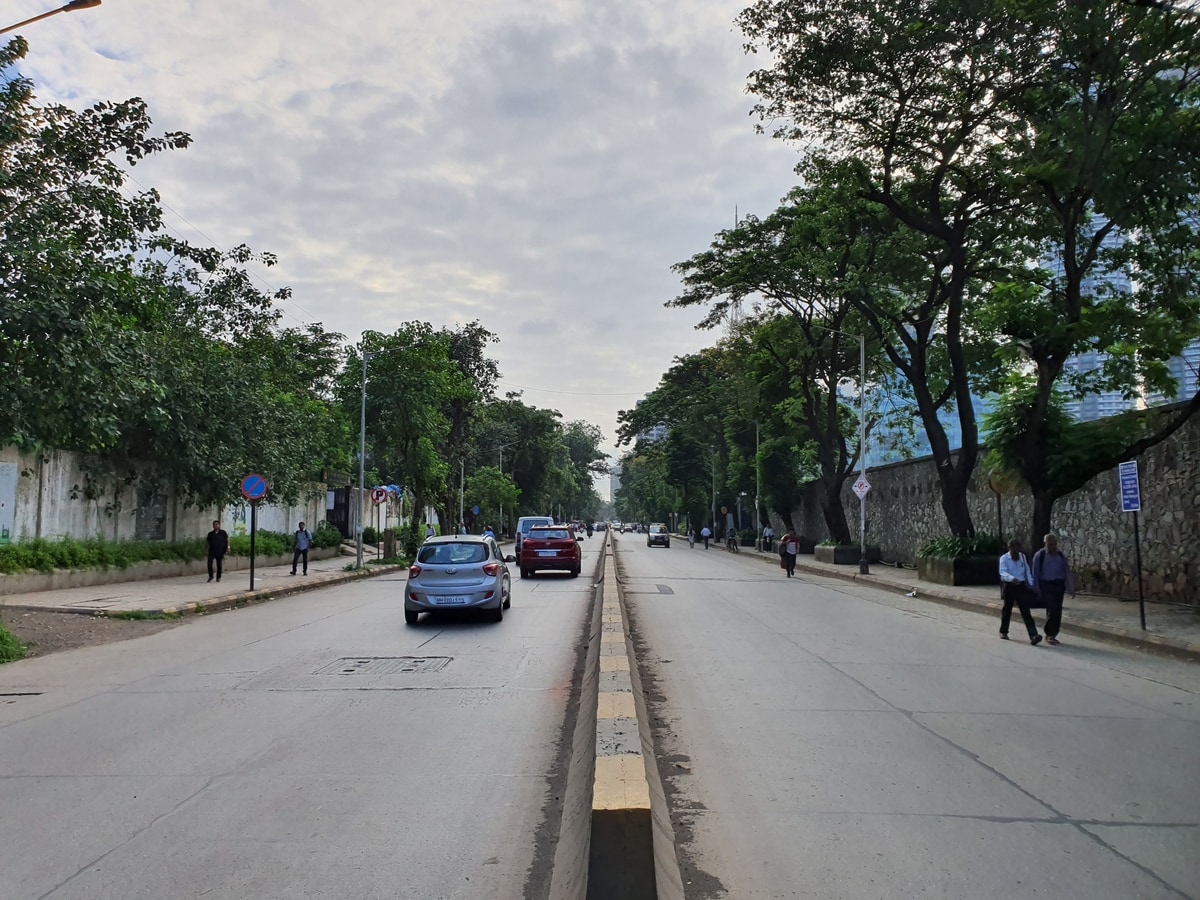 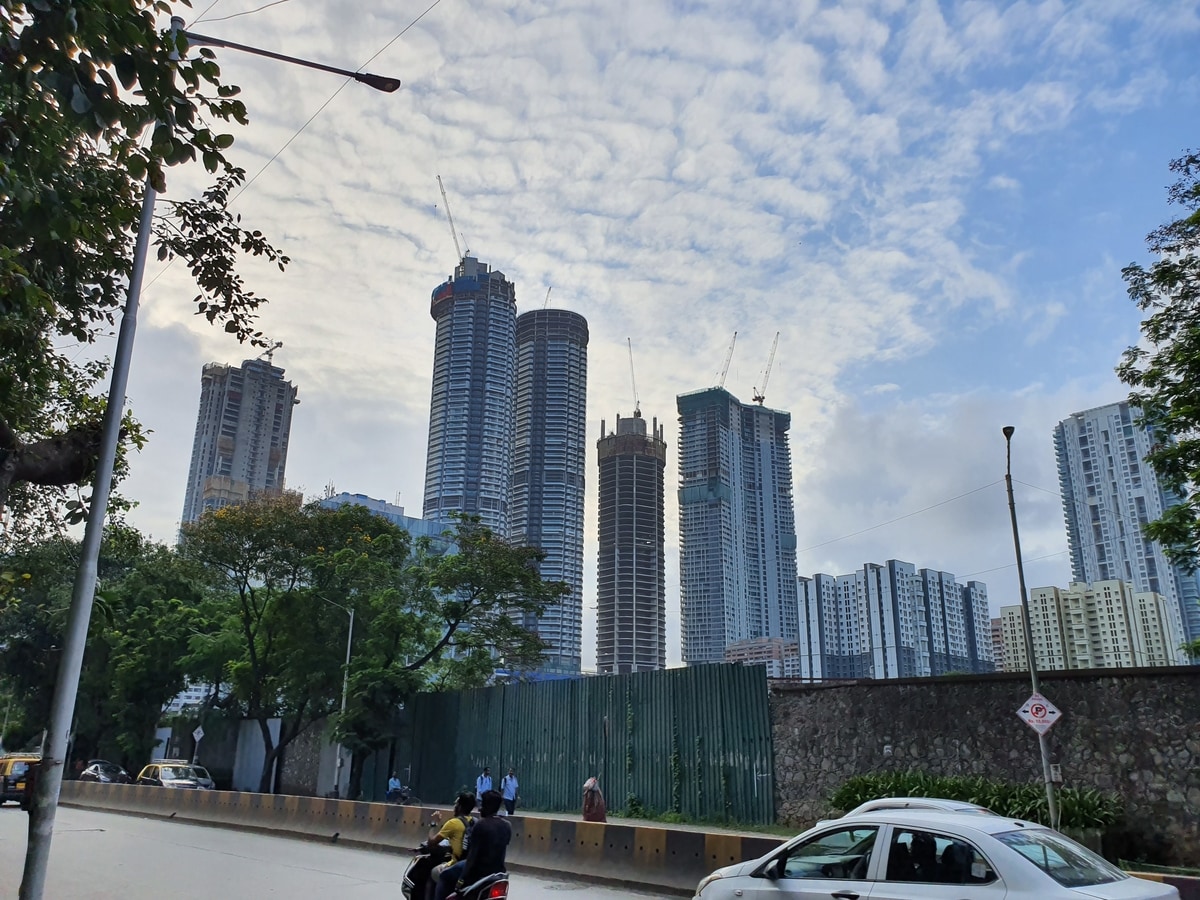 Switching to the wide-angle camera offers a much wider field of view. Software corrects the natural barrel distortion while saving the image. However, if you do wish to see how the wide-angle-sensor captures images, you can switch this image correction off in the camera settings. 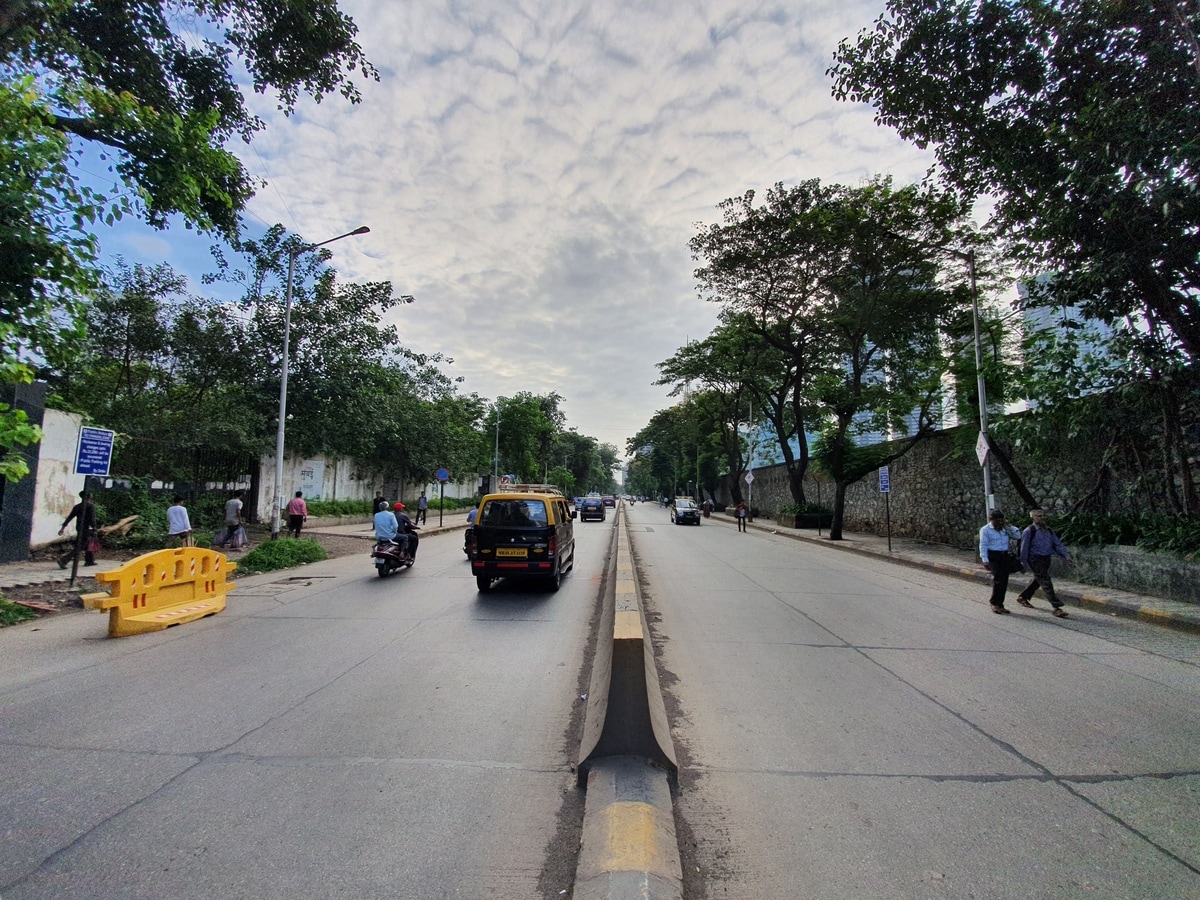 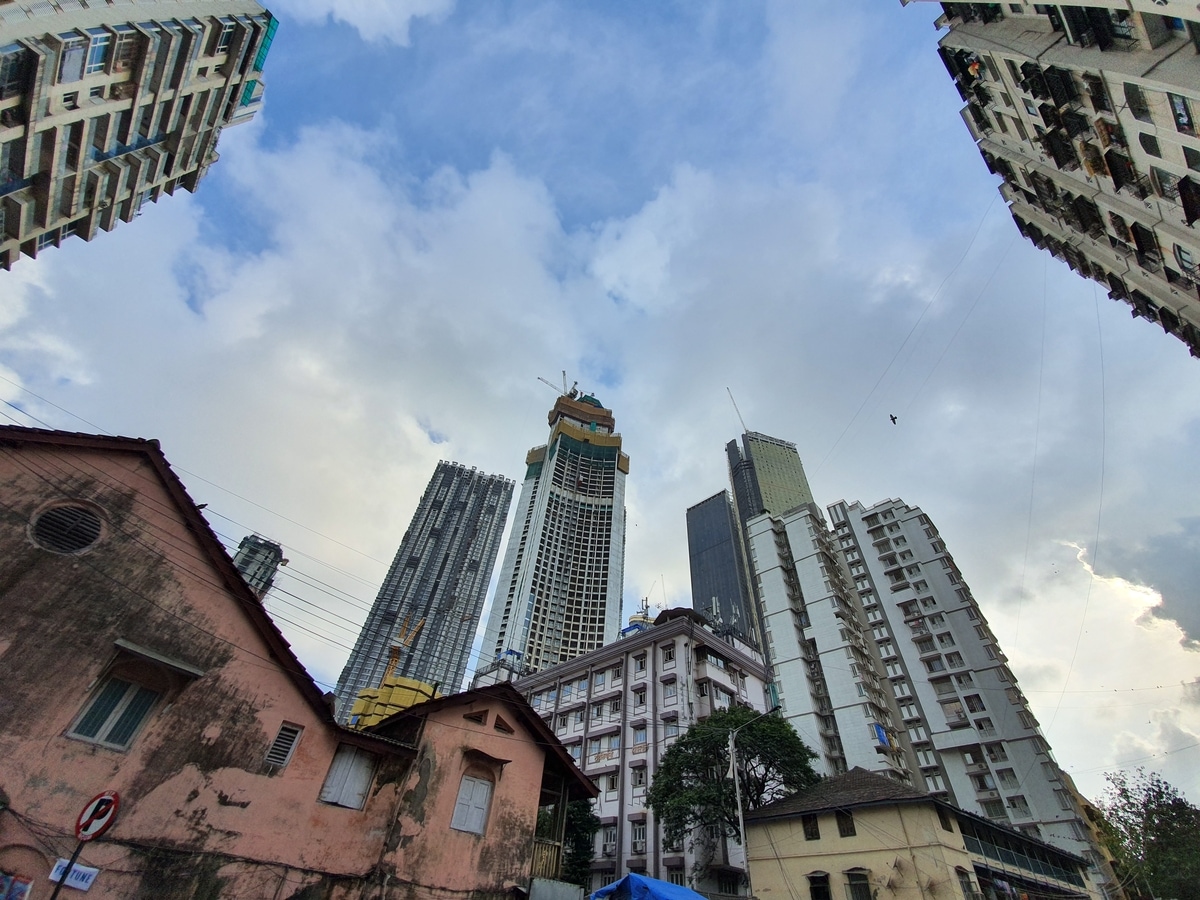 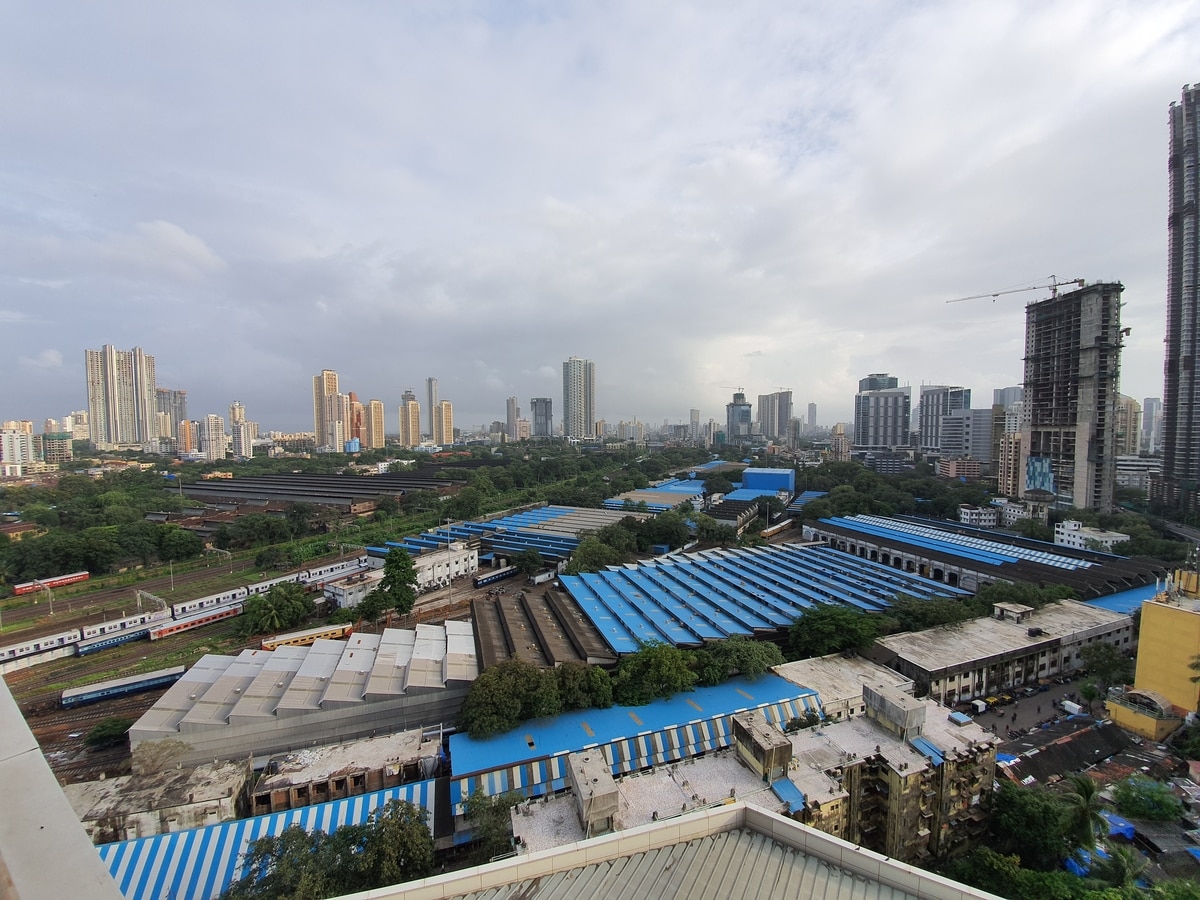 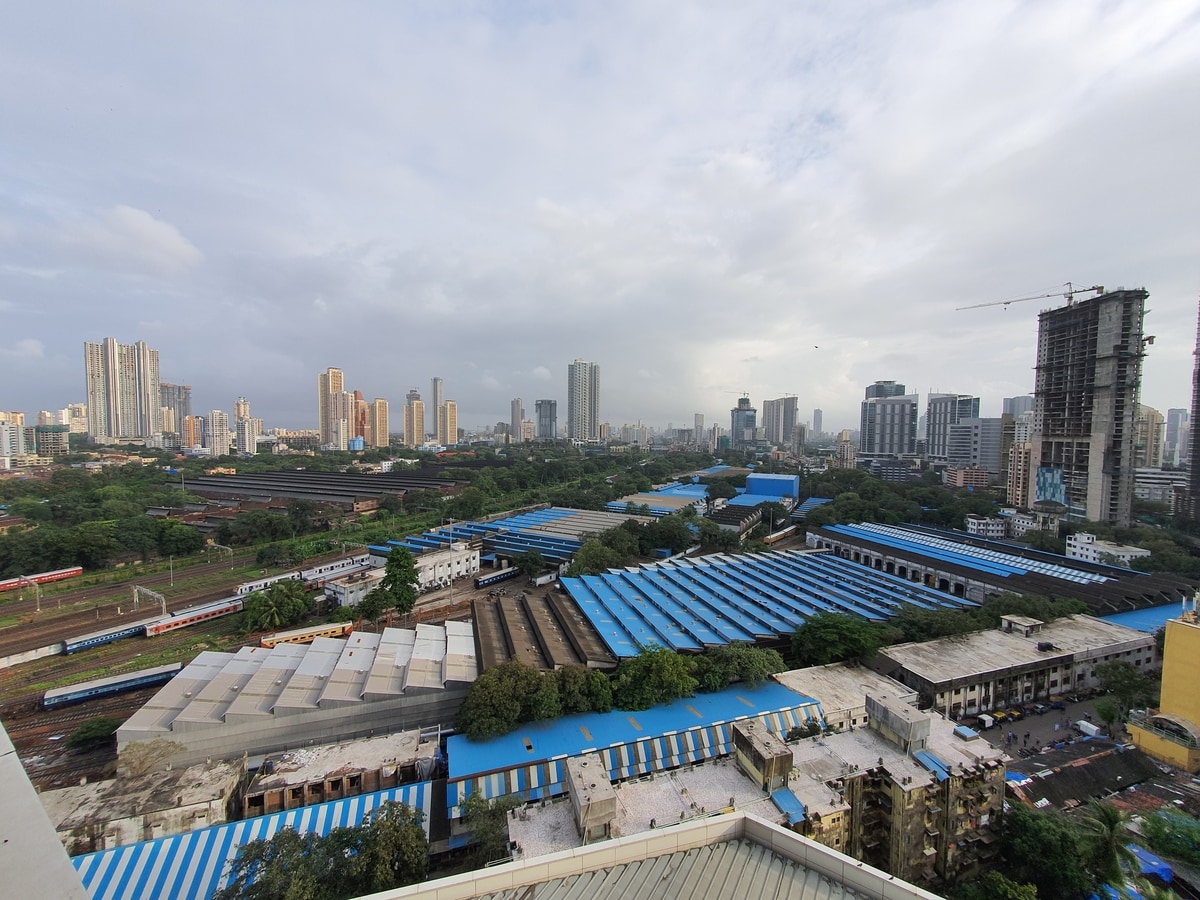 Photos taken with the telephoto camera on the Samsung Galaxy Note 10+ also had good details and objects were recognisable. 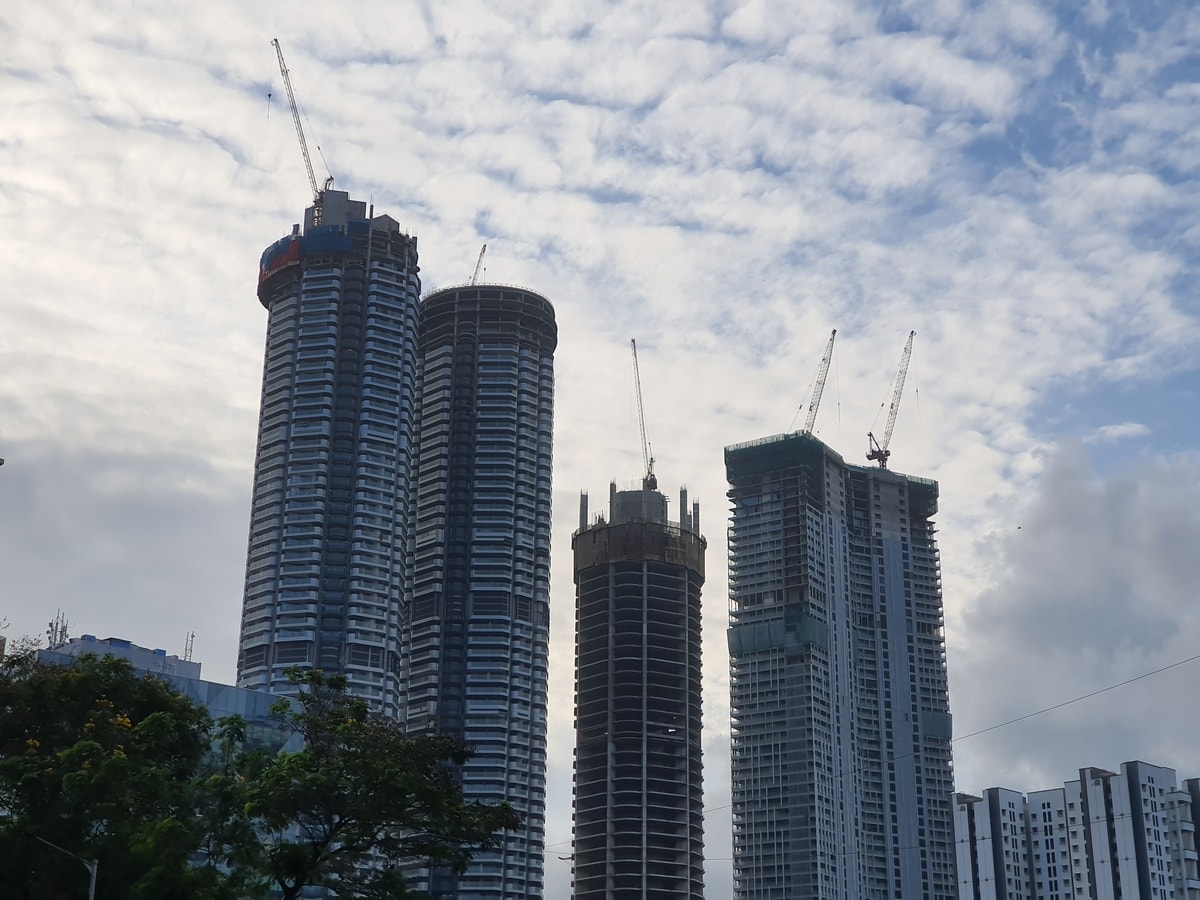 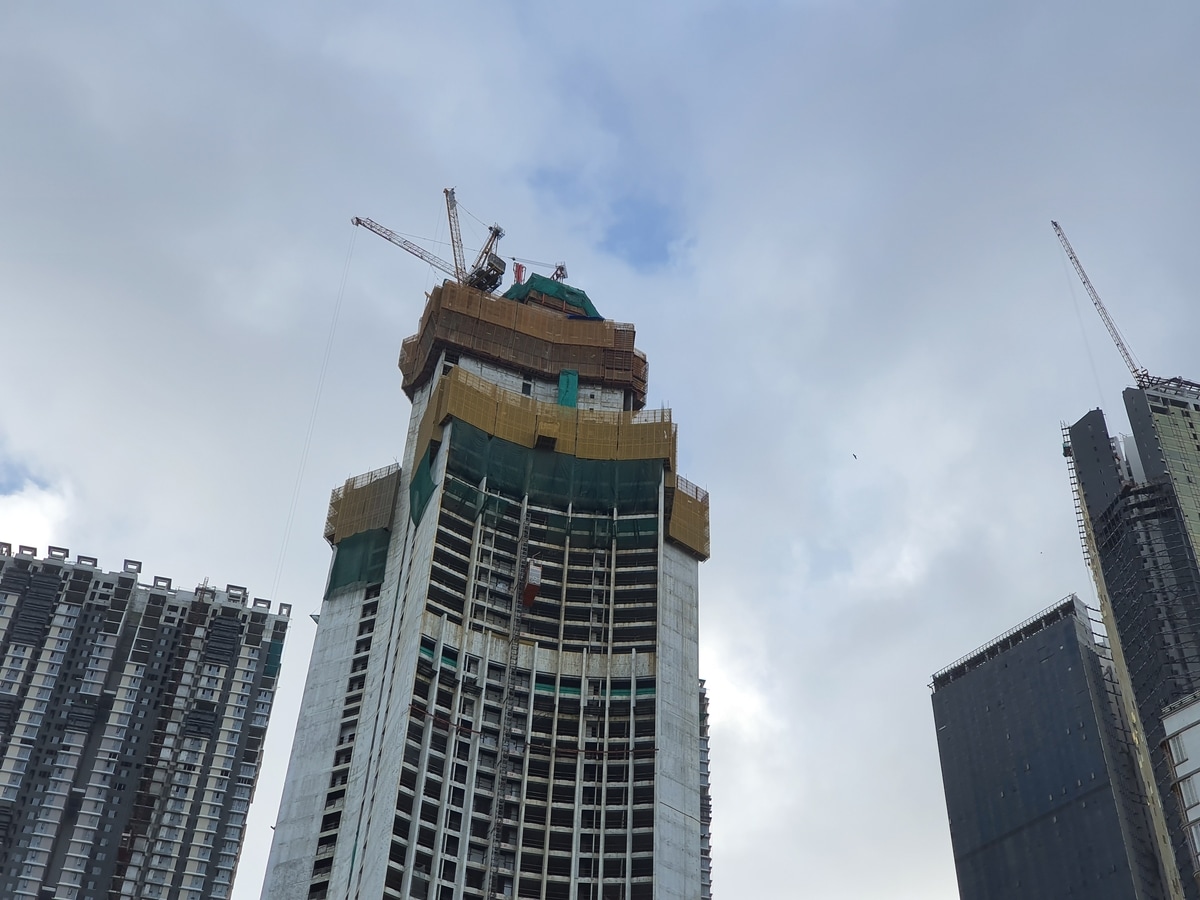 While shooting close-ups we were impressed with the low focusing distance of the primary sensor. This allowed us to get a lot closer to the subject than we expected. 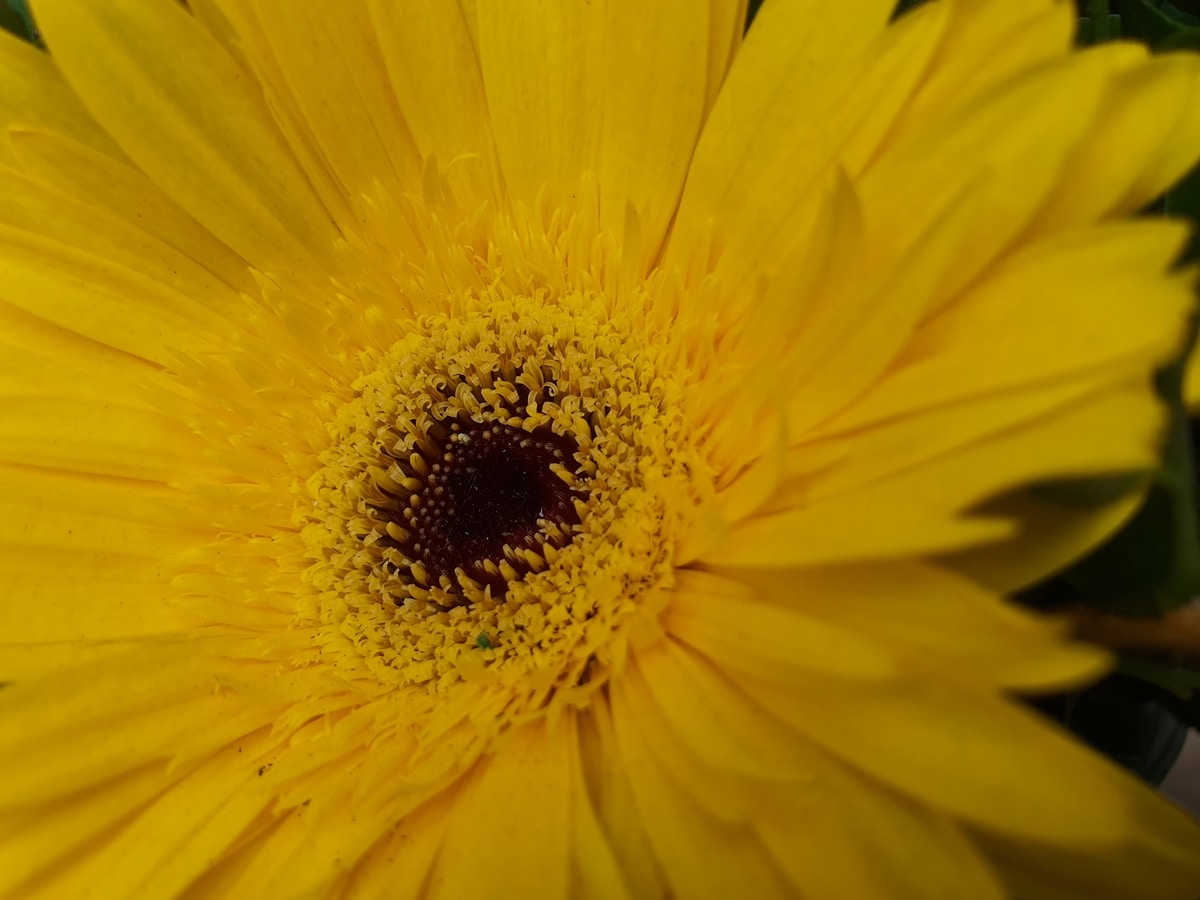 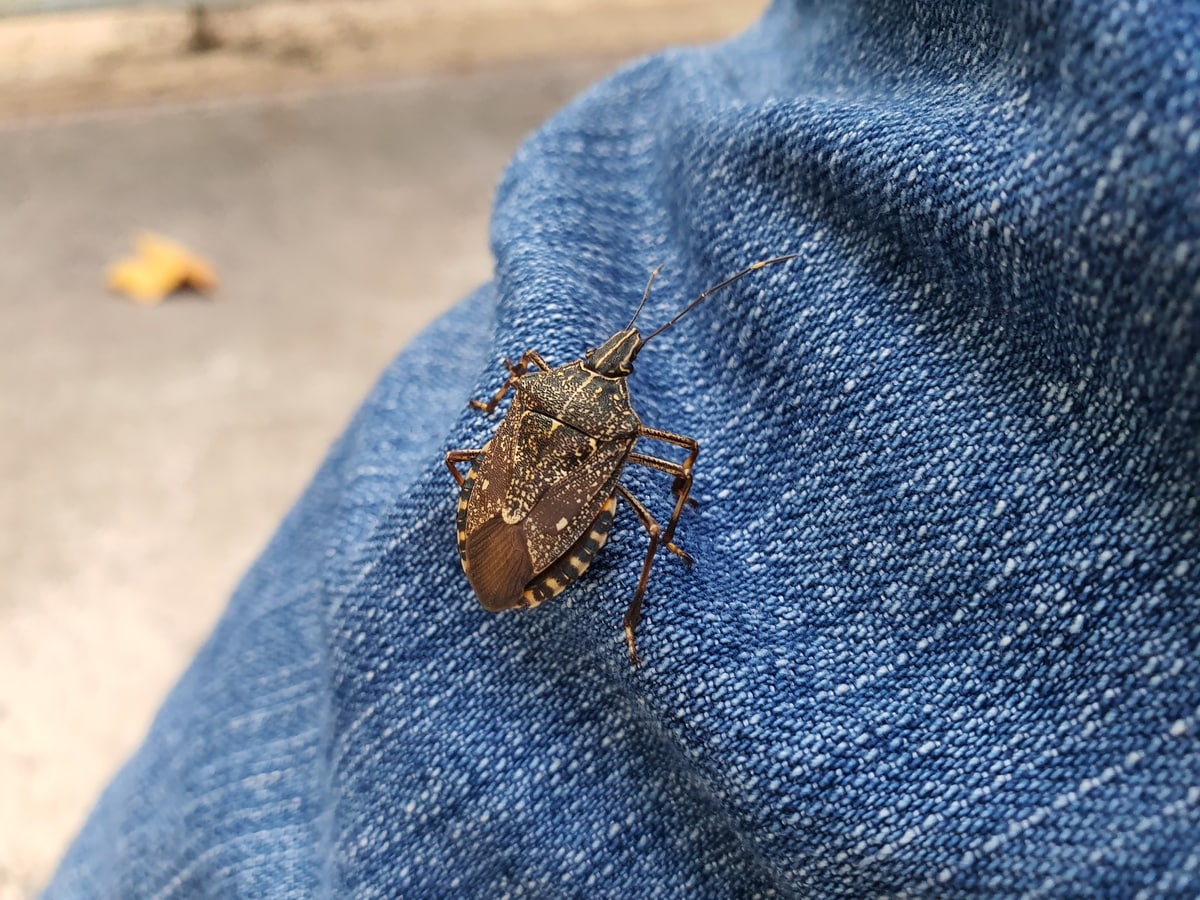 The Galaxy Note 10+ could lock focus quickly, but in this case, we found the Scene Optimiser to be a little inconsistent. In a few samples, it helped the smartphone capture accurate colours, but they looked artificial in a few others. When we were photographing a bunch of pink flowers, the scene optimiser made them look orange. 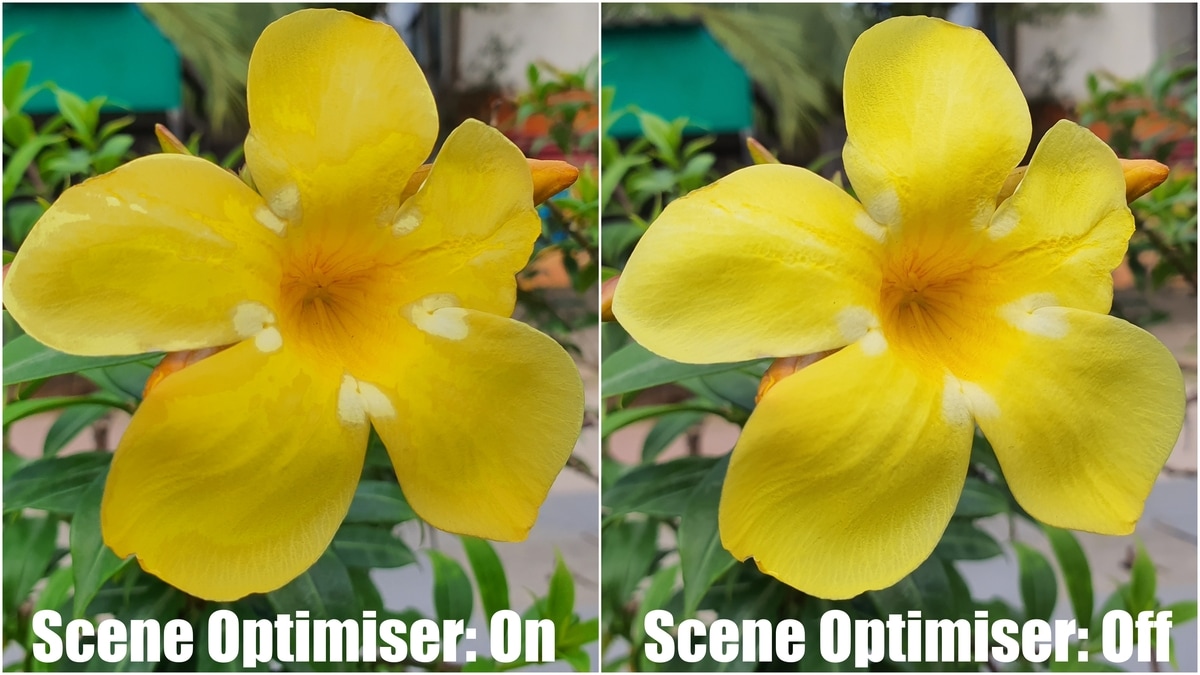 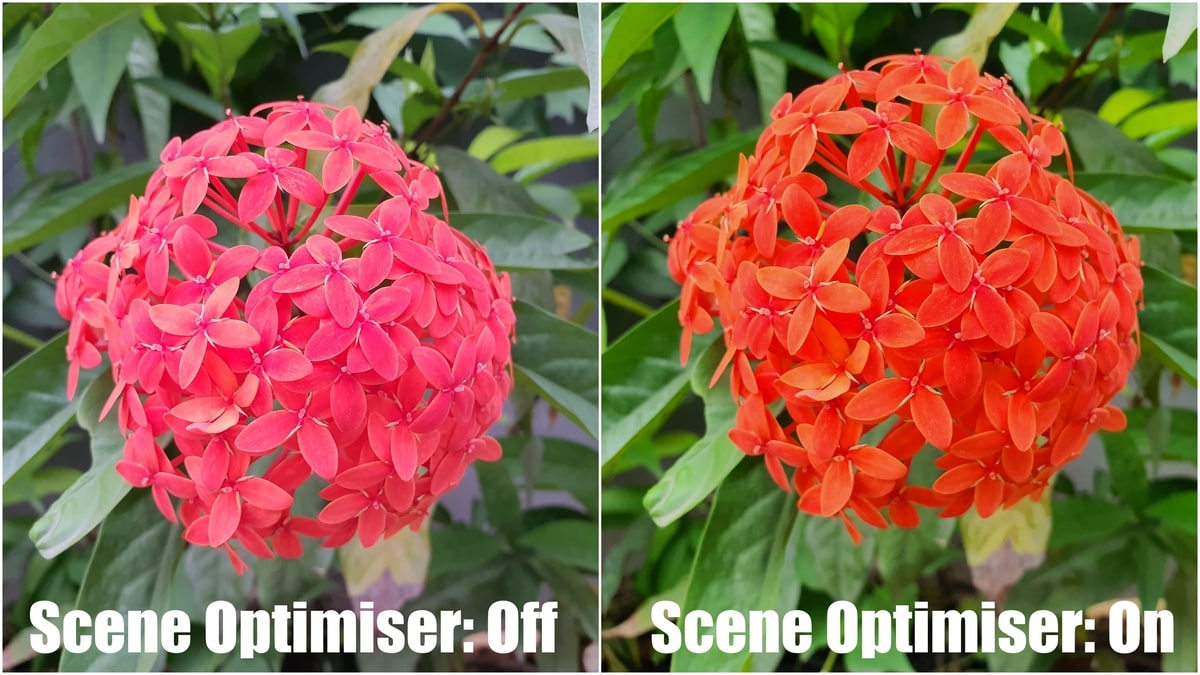 The Scene Optimiser also boosts reds a bit too much for our liking, this looks good on the phone's display, but on a monitor, not so much. We also noticed slightly boosted colours when taking samples with the Scene Optimiser enabled in low-light conditions. 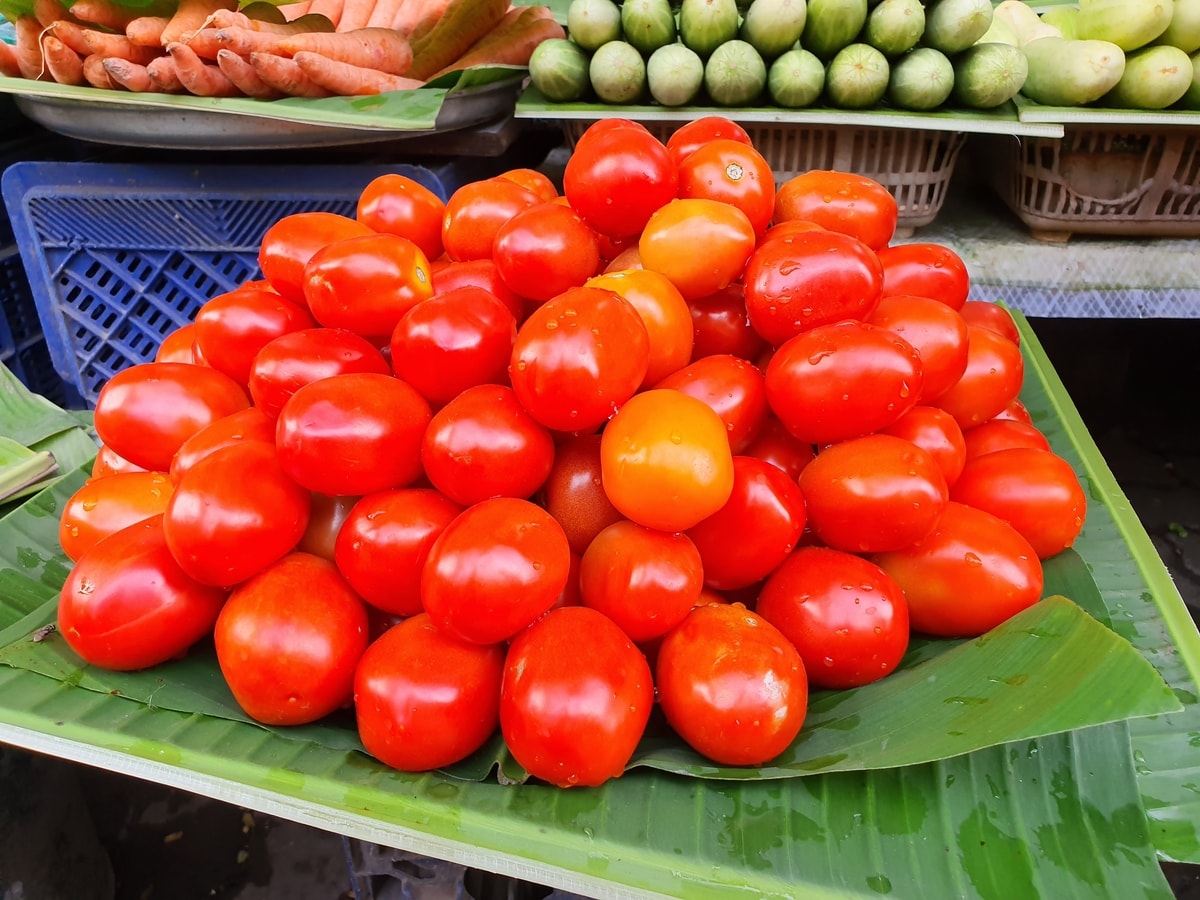 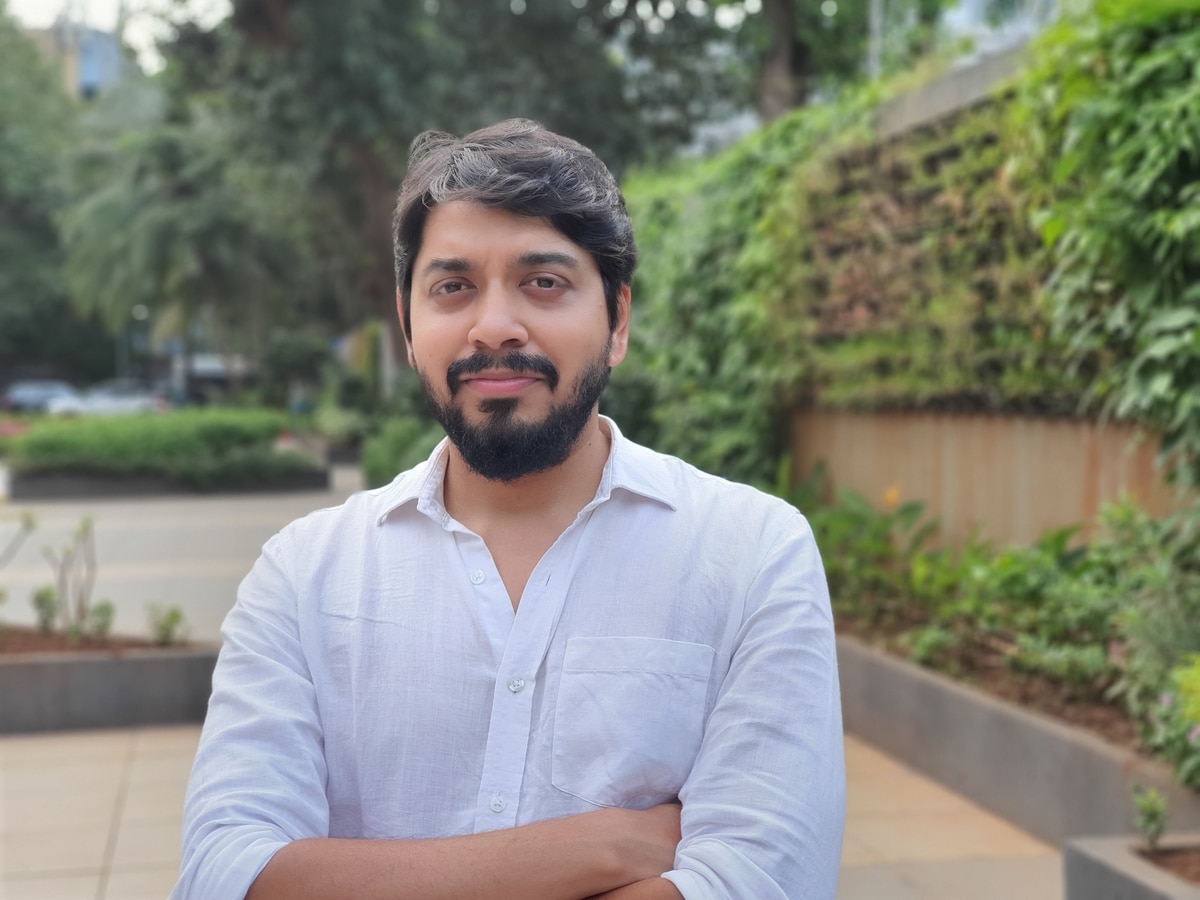 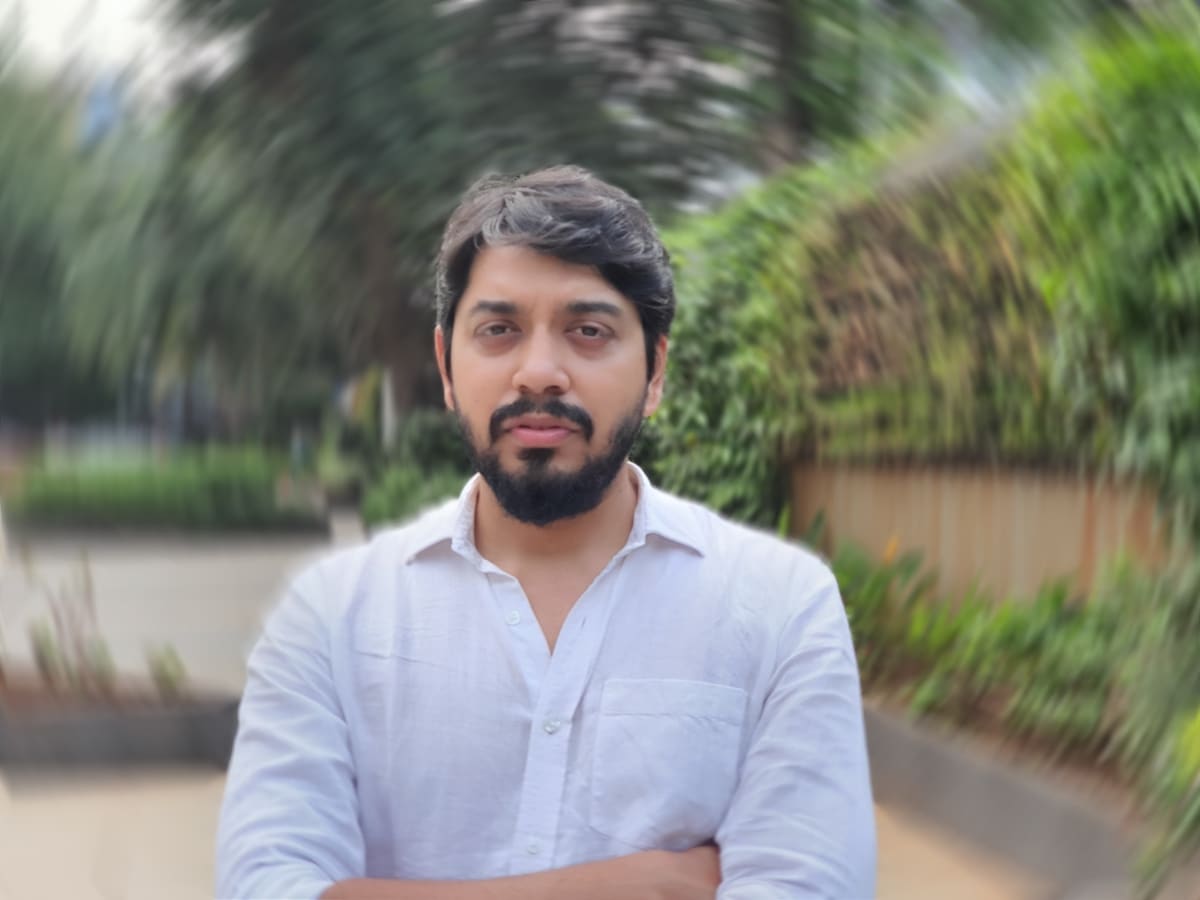 Portraits taken at night had slightly lower levels of detail. 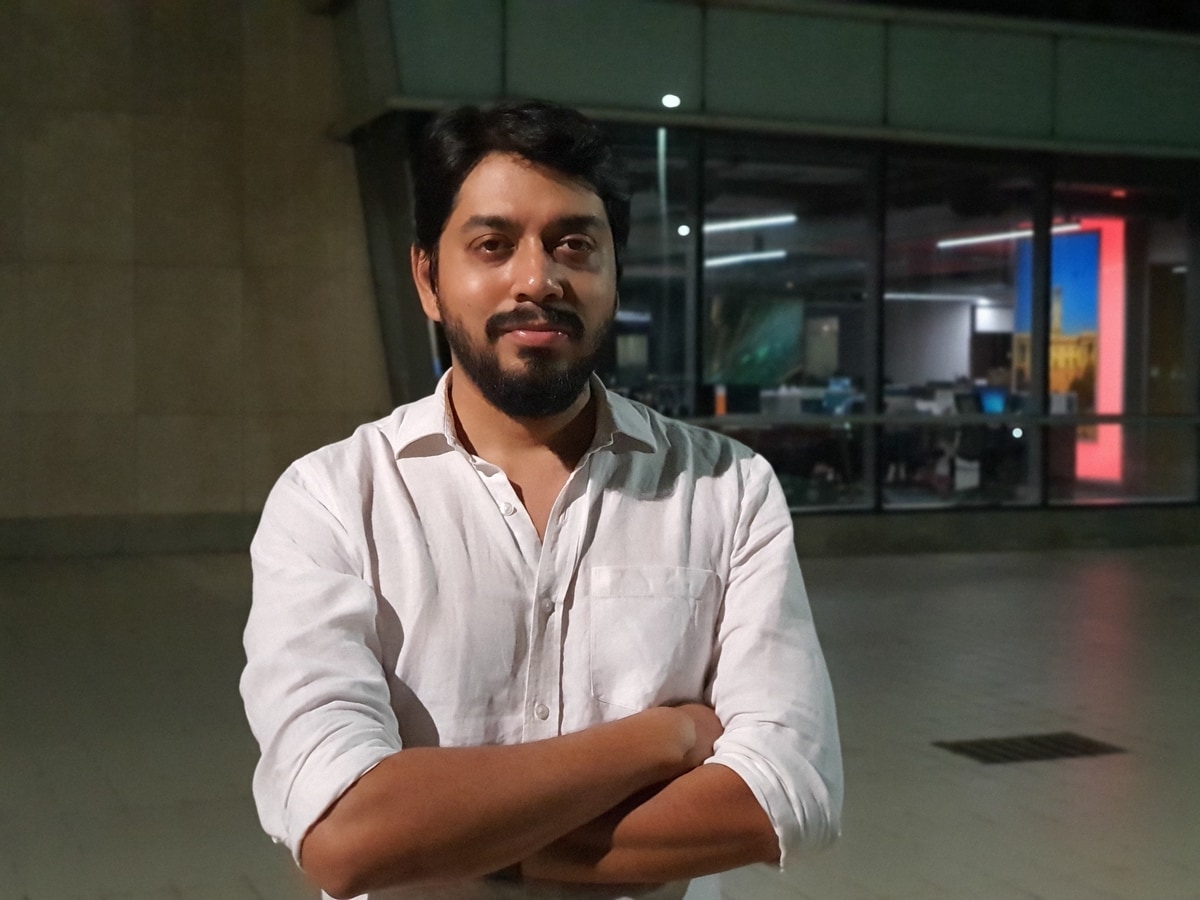 Low-light camera performance was very good and the Scene Optimiser did make a noticeable difference. It managed to keep noise under control, and grain wasn't highly visible even after zooming in. Objects at a distance were also recognisable. Photos taken in Night mode were brighter and had better details, but looked a little oversharpened. 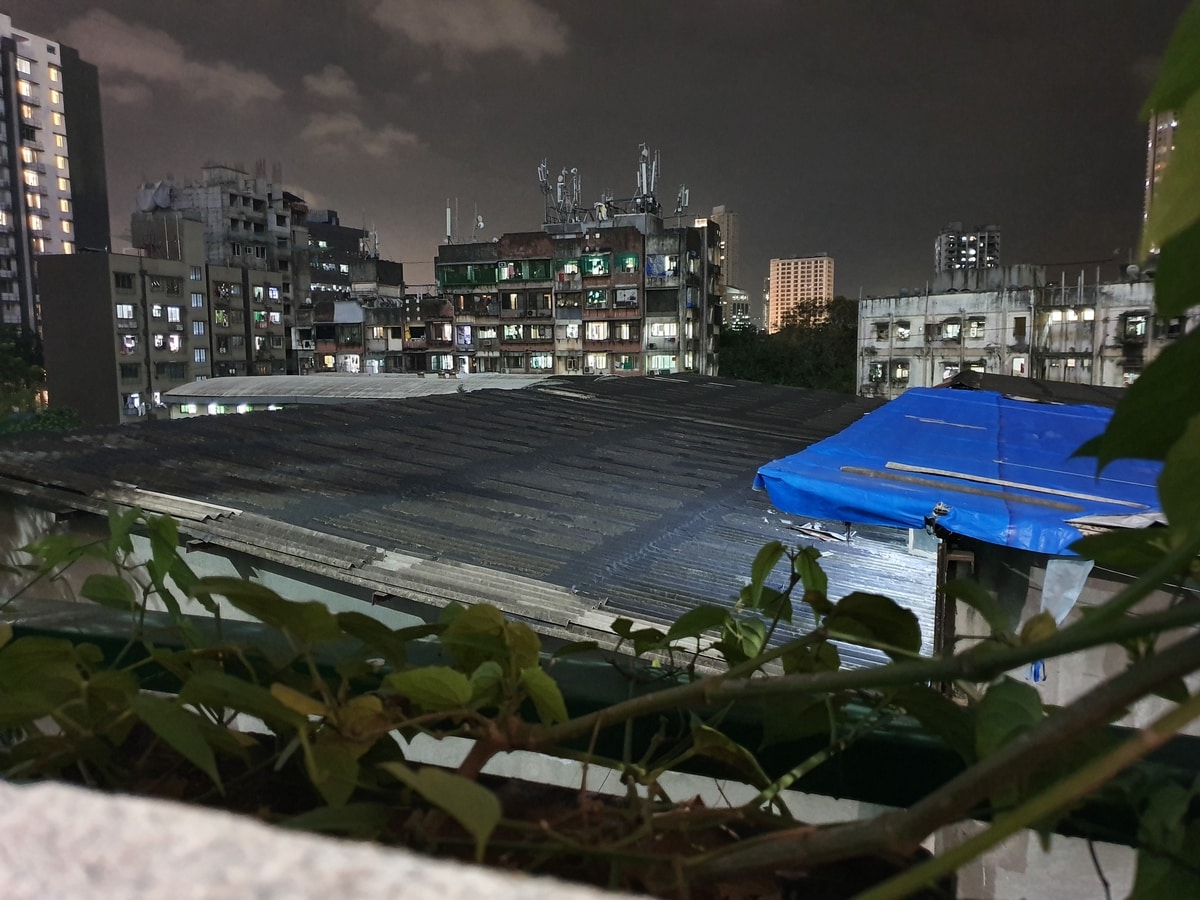 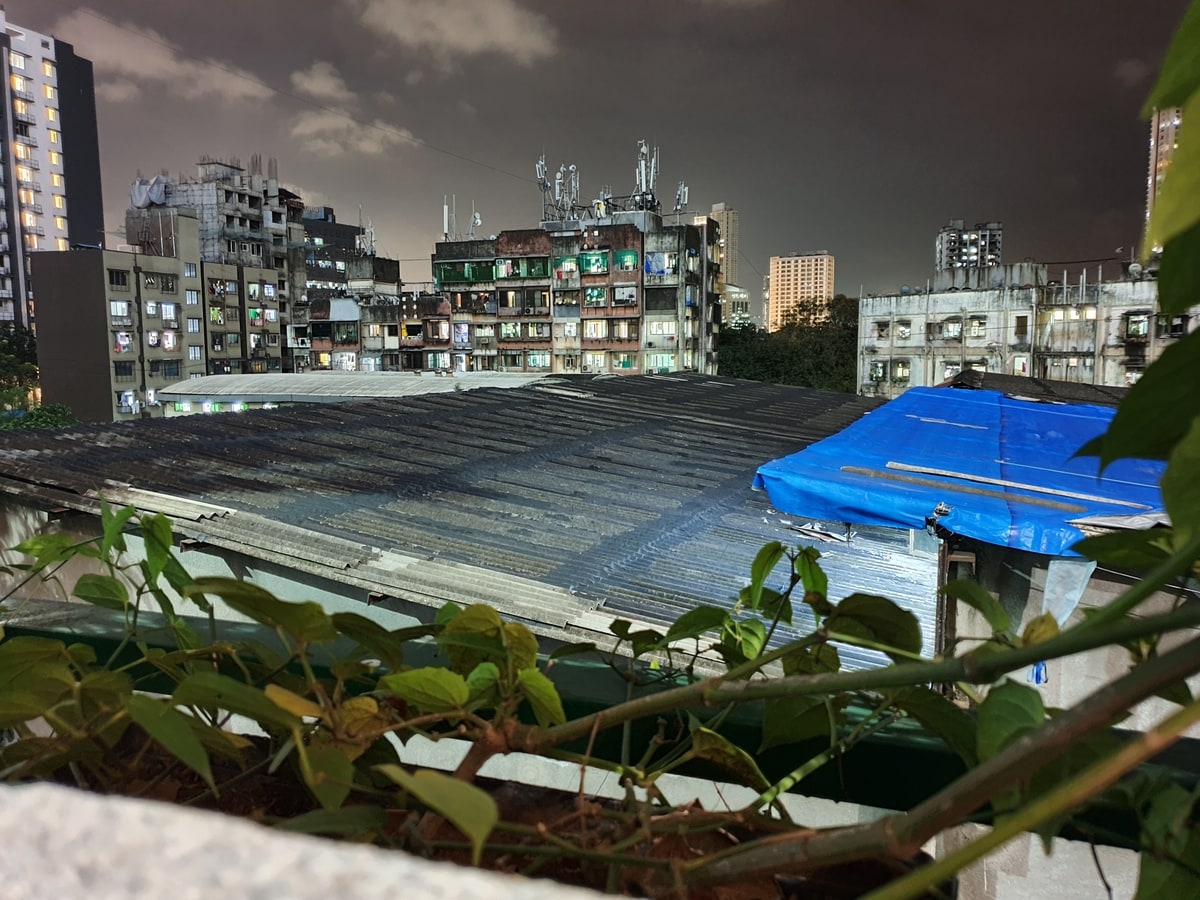 The Galaxy Note 10+ is also capable of detecting whether you are using the camera handheld or with a tripod, and can set the shutter speed accordingly. While resting the Galaxy Note 10+ against a wall, we noticed that it kept the shutter open for a lot longer compared to when we had it in our hand a moment later. The Samsung Galaxy Note 10+ uses the primary sensor to zoom in instead of the telephoto sensor.

Photos taken with the selfie camera had good details, and the smartphone enabled HDR automatically when shooting against a bright background. 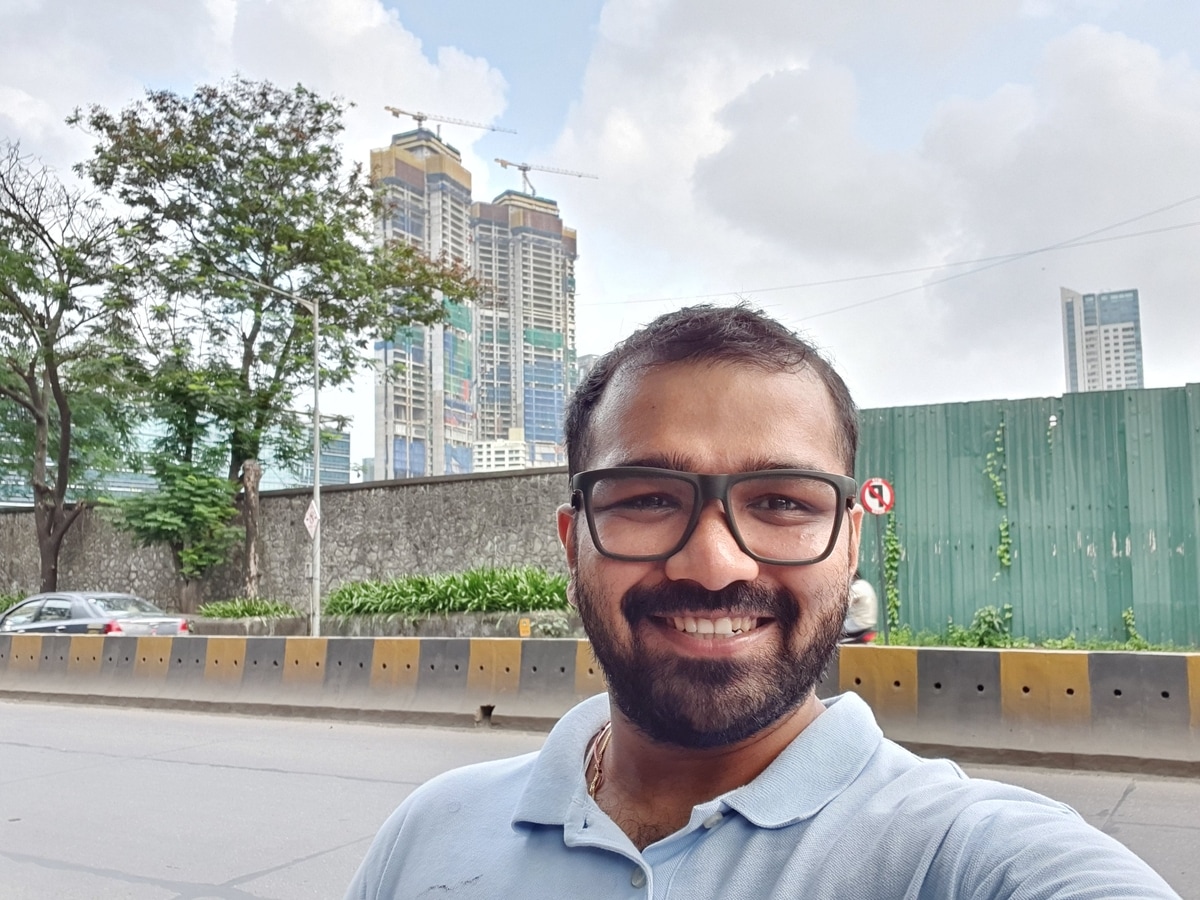 The camera app has a beautification effect enabled by default, which softens images. We also noticed that the camera crushed blacks slightly, which reduced details in the shadows. Portrait mode is available for the selfie camera as well, and it manages good edge detection and blurs the background properly. Selfie taken in low-light had lower levels of details. 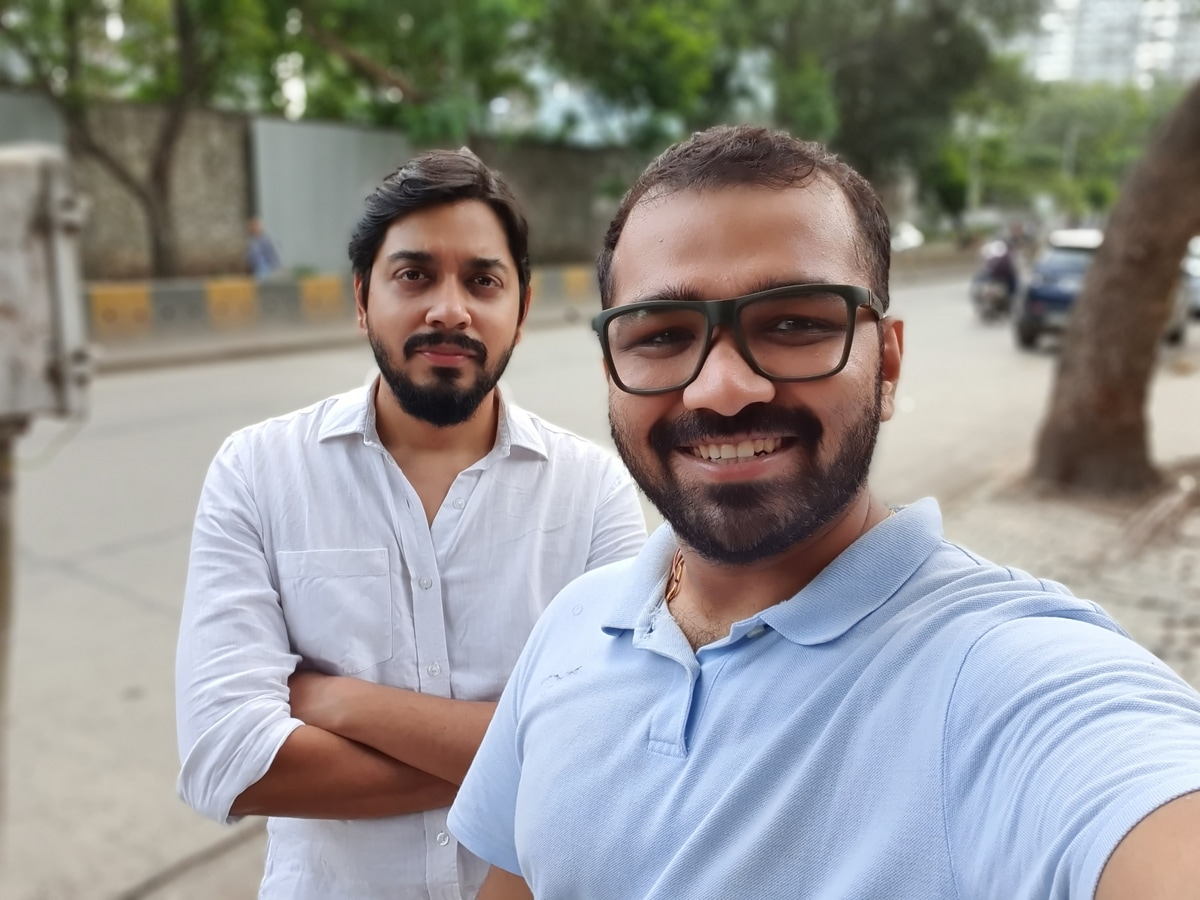 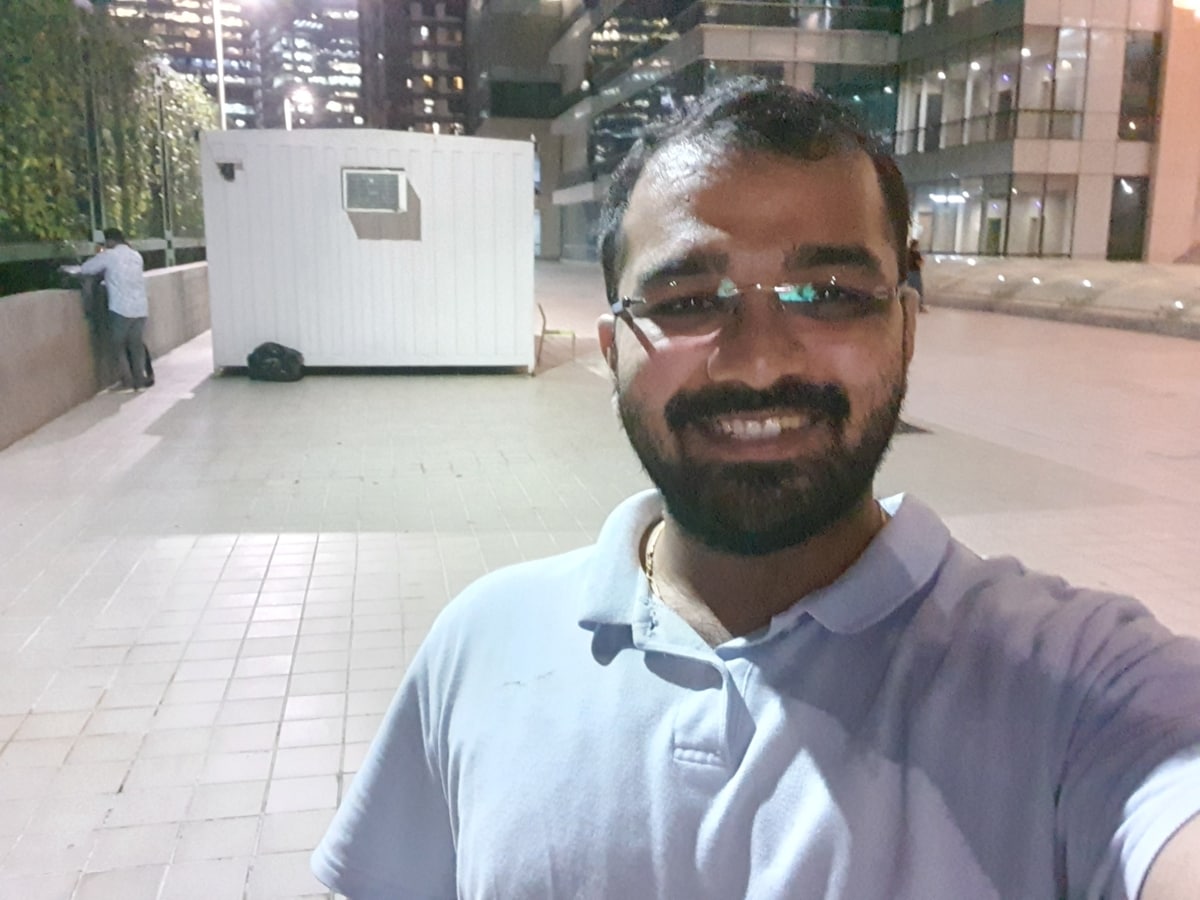 Video recording maxes out at 4K 60fps for the rear camera, and the Note 10+ can stabilise footage when recording at 1080p as well as at 4K 30fps. We were surprised at how well footage was stabilised when shooting during the day. 4K 30fps was also stabilised and there was no shimmer visible in the output.

Videos taken in low-light had a mild shimmer effect when shot at 1080p while the shimmer effect was prominent in the 4K sample. Super Slow-Mo video looked stunning when shot in good light. The super steady mode is something we have seen on the Samsung Galaxy S10 series, and we were able to record steady video even while pacing.

HDR10+ video recording is still in Beta, but this lets you record a video that will look brilliant on an HDR TV. We could record HDR video, but our other devices couldn't play it back properly.

Another new addition for video is the Zoom-in mic feature, which claims to boost the audio of any subject that you zoom in on while recording video. If you zoom in on a person who is talking, it will bump their volume up and we found this to be most effective when no other sources of audio are around, because other sound is amplified as well.

There are a few other features including Measure which puts the DepthVision camera to good use. Using the Quick Measure app that comes preinstalled on this phone, we were able to detect the distance of an object from us as well as the dimensions of a cylindrical container. The upcoming 3D Scanner feature will let the Galaxy Note 10+ scan 3D objects, but this has only been announced as of now and will be added at a later point as an update.

Samsung already had a strong camera smartphone in the form of the Samsung Galaxy S10+ (Review) and it has now exceeded that with the Galaxy Note 10+. Not only is the hardware excellent, but it is also paired with the right software to extract the best performance. The camera app is well laid out and isn't overwhelming despite having multiple features.

Camera performance is among the best we have seen, and our photo samples had excellent dynamic range. However, the Scene Optimiser could be a hit or a miss in different scenarios. Video is well stabilised and the zoom mic feature does work when conditions are favourable.

Samsung has done a great job with the camera functionality and performance of the Galaxy Note 10+, but how is the device overall? Stay tuned for our full review.

product We put the cameras on the Galaxy Note 10+ to the test to find out if it is the best camera smartphone in the market right now.