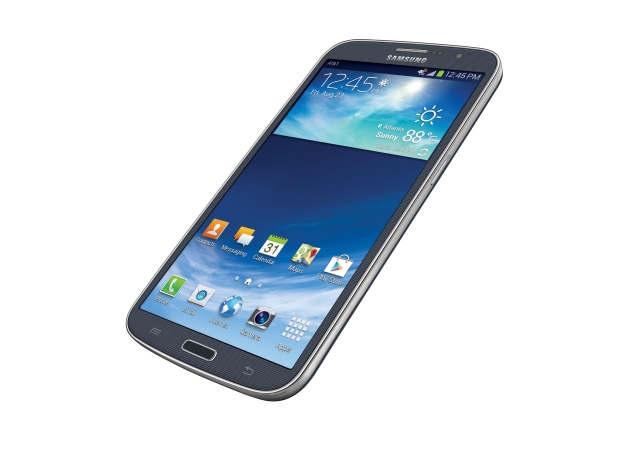 Please turn off all electronic devices, the flight crew instructs as we approach Los Angeles. With a small phone, I might have gotten away with ignoring safety regulations. Samsung's new Galaxy Mega 6.3 phone was too conspicuous for that.

The Mega shouldn't even be called a phone, if it weren't for the fact that it makes phone calls. With a screen measuring 6.3 inches (16 centimeters) diagonally, the Mega is more like a small Android tablet computer. It shares the tablet's advantages in showing more detail in photos and video. Text is larger and easier to read, too.

That doesn't make the Mega practical, though.

As a phone, it's huge. It doesn't fully fit in the pocket of my jeans, and it sometimes pokes at my stomach when sitting. It doesn't feel comfortable in my hands. I'm unable to grip it tightly because it's so wide, so I feel as if it's going to slip out of my hands. Without that grip, I also feel that it'll be easy for a thief to snatch it away.

A friend jokingly said that it was bigger than her head as she held it up to her ear. A cousin called it ridiculous. A co-worker pointed out that cellphones used to be big, too - in the 1970s.

It could have been worse.

Samsung's Galaxy Note 8.0 tablet has an 8-inch (20.3-centimeter) screen, its diagonal length just a quarter larger than the Mega's. But the tablet is about twice the size of the Mega, in part because it has a thick frame. With the Mega, the screen stretches close to the edge, keeping the overall device relatively slim. Held on its side like a movie screen, the Mega is about as wide as a dollar bill, but slightly taller. 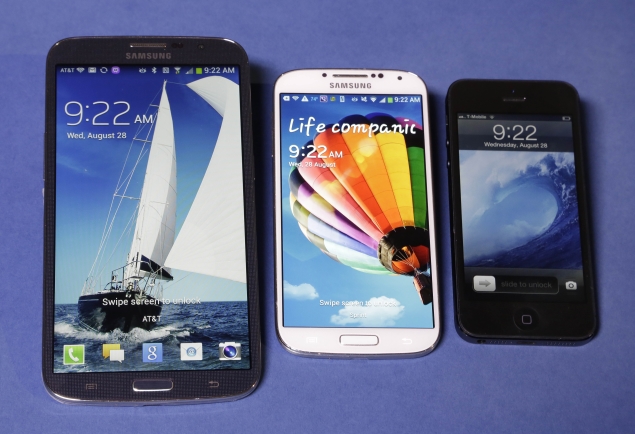 The Mega also costs just half of AT&T's contract price for Samsung's 5.5-inch (14-centimeter) Galaxy Note 2. It's like getting a bigger screen for less. The Mega is only a tad heavier - at 7 ounces (198 grams), compared with 6.4 ounces (181 grams) for the Note 2. (Samsung is expected to announce the Note 3 in Berlin on Wednesday evening.)

The Mega is also coming to Sprint and U.S. Cellular. Dates and prices haven't been announced.

Although I don't see myself using the Mega, I can see its appeal to those who are willing to carry along a tablet computer but don't want to carry a second device - the phone.

The Mega gives you many of the benefits of tablets. With the larger screen, I can read small print on websites without zooming in, and I make fewer mistakes when trying to click on buttons and links. For ebooks, I get a screen size that feels closer to a paperback. I see slightly more content when checking email or Facebook. I don't see a whole lot more, though. Typically, text and images simply get larger to fill out the additional screen space.

Some Android apps have been adapted to take advantage of the tablet's larger screen, but for the ones I checked, apps appear on the Mega as they would on other phones. With the Foursquare social network, for instance, a map showing nearby friends and venues is squeezed into a rectangular banner at the top when held vertically. On tablets, the map is allowed to fill out the entire right half of the display.

It's a shame that the display isn't sharper. The resolution is 233 pixels per inch, compared with 441 for the Galaxy S4 and 326 for the iPhone 5. Video looks dull on the Mega by comparison.

And fans of the Note might be disappointed with the Mega. Although the Mega has a larger screen, it doesn't come with a stylus, something the Note is known for. 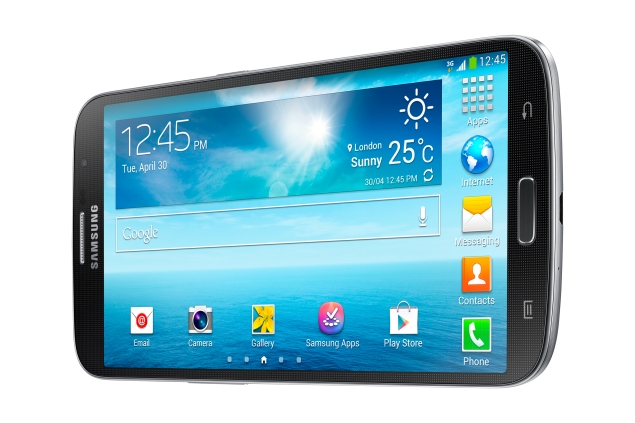 I am impressed by the Mega's battery life. Despite the larger screen, which uses more energy, the Mega outlasted Samsung's flagship phone, the S4, in streaming video on Netflix. I got nearly six hours on the Mega, compared with nearly five hours on the S4. The Mega is packed with a larger, higher-capacity battery - something the S4 couldn't have because of its size.

As with other Samsung phones, the Mega comes with an array of Samsung apps, including ones for translating text, taking notes and controlling a TV by turning the phone into a remote control. There's also an easy mode with limited options for first-time smartphone users, plus ways to perform tasks without actually touching the phone. Some of these features can be useful. Others are gimmicky or duplicate what comes standard with other phones running Google's Android system.

I decided to use the Mega to finish reading the ebook "Up in the Air" near the end of my flight to Los Angeles. I figured it was fitting given that its main character spends his life racking up frequent flier miles on planes. But a flight attendant spotted it on my lap and said, "You can turn that off now, please."

About 20 minutes later, we landed. I called my brother to pick me up at the airport. For that, I used the smaller iPhone 5.

The Mega remains a novelty that will appeal to people who primarily want a tablet and make few calls. For everyone else, small is the way to go.