The Samsung Galaxy M31 managed to make a good impact in the budget segment thanks to its crisp AMOLED display and a big battery, which helped distinguish it from the competition. Samsung has now launched its successor, called the Galaxy M31s. The new Galaxy M31s sports an Infinity-O display and the Single Take camera feature, both firsts for the Galaxy M series. Starting at Rs. 19,499, do these new features justify the higher price? I review the Galaxy M31s to find out.

The Samsung Galaxy M31s has a somewhat new design that makes it stand out compared to its siblings in the Galaxy M series. It gets a 6.5-inch Infinity-O display with a hole-punch embedded camera centred at the top. I have seen such a design on the Galaxy Note 10+ (Review), and the Galaxy Lite twins. Recently, the Galaxy A51 (Review) and Galaxy A71 also launched with similar displays, so the same design on the Galaxy M31s makes it look premium. The bezel size is acceptable for the price, but a few people may find the camera hole in the centre a little distracting.

Samsung has gone with a side-mounted fingerprint scanner on the Galaxy M31s, which is on the right along with the volume buttons. These buttons can be reached while holding the smartphone in the hand, but need a bit of a stretch. I would have preferred the volume buttons on the left, which only has the SIM slot. The USB Type-C port, 3.5mm audio jack, and speaker are at the bottom while the top has a secondary microphone. 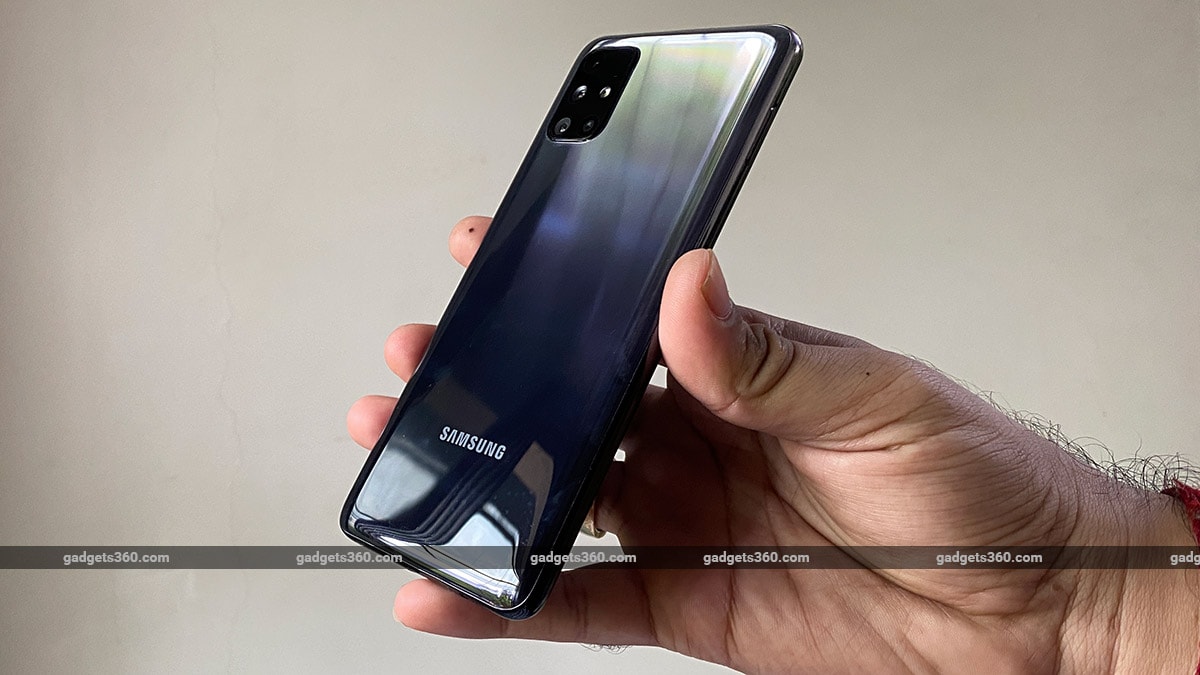 The Samsung Galaxy M31s has a 'Glasstic' back panel

The phone has a plastic back, which Samsung refers to as ‘Glasstic'. It has a glossy finish and picks up fingerprints very easily. I had to keep wiping the back frequently to maintain its glossy look. Samsung offers the Galaxy M31s in two gradient finish options, Mirage Black and Mirage Blue. I had the Mirage Black version for this review, and I liked the look overall.

The Galaxy M31s has a quad-camera module at the back that looks similar to the one seen on the Galaxy M31 (Review), but with the sensors moved around. The module also houses the single-LED flash. The Galaxy M31s has a 6,000mAh battery, which causes it to tip the scales at 203g. You will feel the bulk when holding this phone for a while. The back is curved at the edges though, which makes it a little less uncomfortable.

Samsung is sticking with its Exynos 9611 yet again, to power the Galaxy M31s. We have seen this processor in multiple Galaxy smartphones now including the Galaxy M21 (Review) which is priced under Rs. 15,000. The Exynos 9611 SoC is a proven processor but I was expecting Samsung to use something newer and more powerful. The Exynos 9611 is an octa-core processor with four performance Cortex-A73 cores clocked at 2.3GHz and four efficiency Cortex-A53 cores clocked at 1.7GHz. The smartphone is available in 6GB RAM and 8GB RAM options, but the storage remains unchanged at 128GB. You do have the option to expand storage by up to 512GB using a microSD card.

There is support for Bluetooth 5, dual-band Wi-Fi ac, and GPS as well as dual 4G and VoLTE. Samsung has bundled a 25W USB Type-C charger in the box, which is a first for the Galaxy M series.. You also get a USB Type-C to Type-C cable that can be used to reverse charge other devices using the Galaxy M31s. 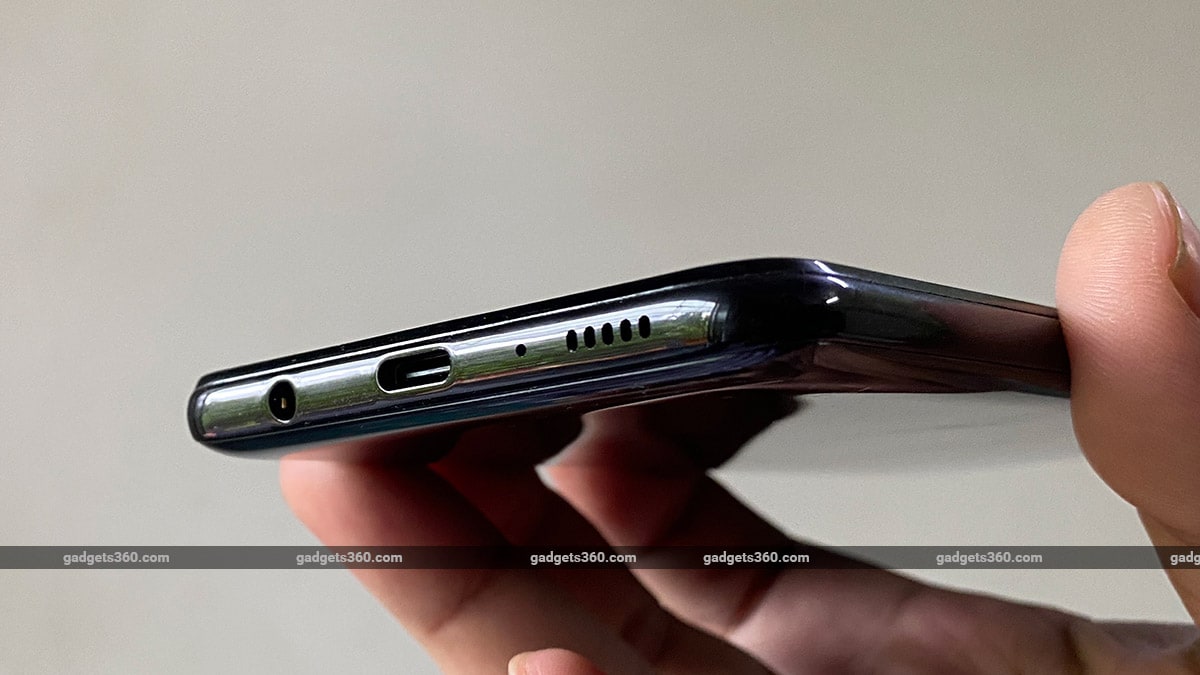 The Samsung Galaxy M31s packs in a 6,000mAh battery

In terms of software, the Galaxy M31s runs OneUI 2.1 on top of Android 10. My review unit had the July Android Security patch. The UI is very similar to what I've seen on other Galaxy M series smartphones that I've reviewed such as the Galaxy M31 and the Galaxy M21. The setup process does prompt you to install a few apps, and even after skipping that I found Candy Crush Saga, Snapchat, Netflix, Facebook, and OneDrive preinstalled on the device.

The Galaxy M31s also has the Galaxy Store app which is an alternative to the Google Play Store. The phone does have Glance Lock Screen Stories, so you will see promotional photos and stories on the lockscreen. You can disable this if required. I did see a few notifications from the My Galaxy app from time to time.

You do get the option to customise the look of the UI using the themes app. The Galaxy M31s also has other useful software features such as dual apps, which let you run two instances of the same app. You get Android's Digital Wellbeing feature, which helps you monitor your smartphone usage, and a Game Launcher which clubs all the games installed on the device in one place. There is a Game Toolbar as well, which lets you block notifications and full-screen gestures, and offers in-game screen recording.

The Samsung Galaxy M31s has a slightly dated processor but this did not impact day to day performance. I did not encounter lag or stutter while going through the menus and using the default apps. I had the 6GB RAM variant, and it could multitask between different apps easily. However, loading heavy apps took longer than usual.

I found the side-mounted fingerprint scanner to be quick to unlock the device. Face recognition was convenient but not the fastest I've used. The display on the Galaxy M31s is crisp, has good viewing angles, and does get bright enough outdoors. The camera hole the center could be distracting especially when watching videos. 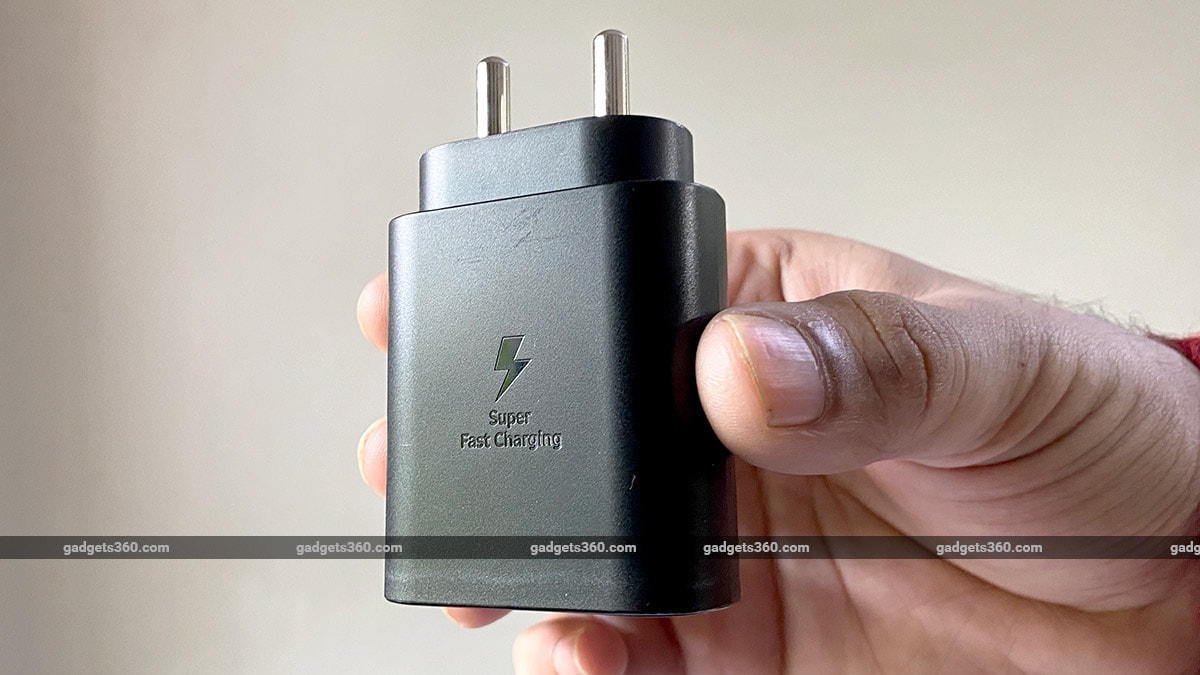 The Samsung Galaxy M31s has support for 25w fast charging

After using the Samsung Exynos 9611 in a few other smartphones, I had a fair idea of its performance, and the Galaxy M31s did not surprise me with its benchmark scores. In AnTuTu, it scored 192,550 points, which is lower than competitors such as the Redmi Note 9 Pro Max (Review) and Motorola One Fusion+ (Review), which achieved 277,058 and 273,407 respectively. In Geekbench 5's single-core and multi-core tests, it scored 346 and 1,252 respectively.

Graphics performance isn't very strong either, and the device could only hit 42fps and 14fps respectively in GFXBench's T-Rex and Manhattan 3.1 tests. The Motorola One Fusion+ managed 55fps and 21fps in the same tests.

I played PUBG Mobile on the Galaxy M31s, and the game defaulted to the High preset with graphics set to HD and the frame rate to High. I could play the game at these settings without any stutter. The device did get warm to the touch after playing for 20 minutes. 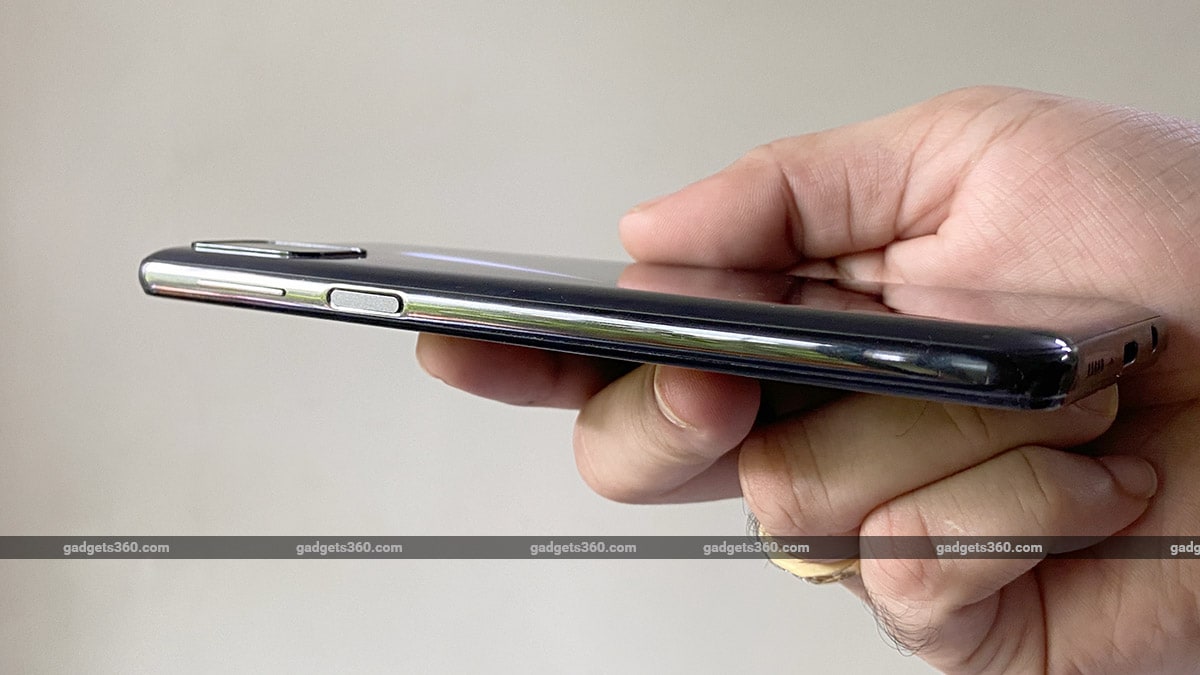 The Samsung Galaxy M31s has a side-mounted fingerprint scanner

The Galaxy M31s offers good battery life, and lasted for close to two full days with my usage. In our HD video loop test, the smartphone went on for 24 hours and 2 minutes, which was impressive. Samsung does lower the screen brightness when the battery drops below the 15 percent mark, though.

The supplied 25W charger was quick to recharge the battery, taking it to 34 percent in 30 minutes and to 65 percent in an hour. Charging the phone completely took a little over an hour and a half. Overall the battery performance is excellent, and thanks to reverse charging, you can use the Galaxy M31s' 6,000mAh capacity to charge other devices in a pinch.

The Samsung Galaxy M31s sports a quad-camera setup. The 64-megapixel primary camera has an f/1.8 aperture. There's also a 12-megapixel ultra-wide-angle camera with a 123-degree field of view, a 5-megapixel macro camera, and a 5-megapixel depth sensor. The camera app is very similar to what I've seen on other top-end Samsung devices. It has the Single Take feature which delivers a wide variety of output including photos with pre-applied filters, as well as hyperlapse and boomerang video effects, instead of just shooting a simple video clip. It also has a Pro shooting mode which lets you take full control of the settings. 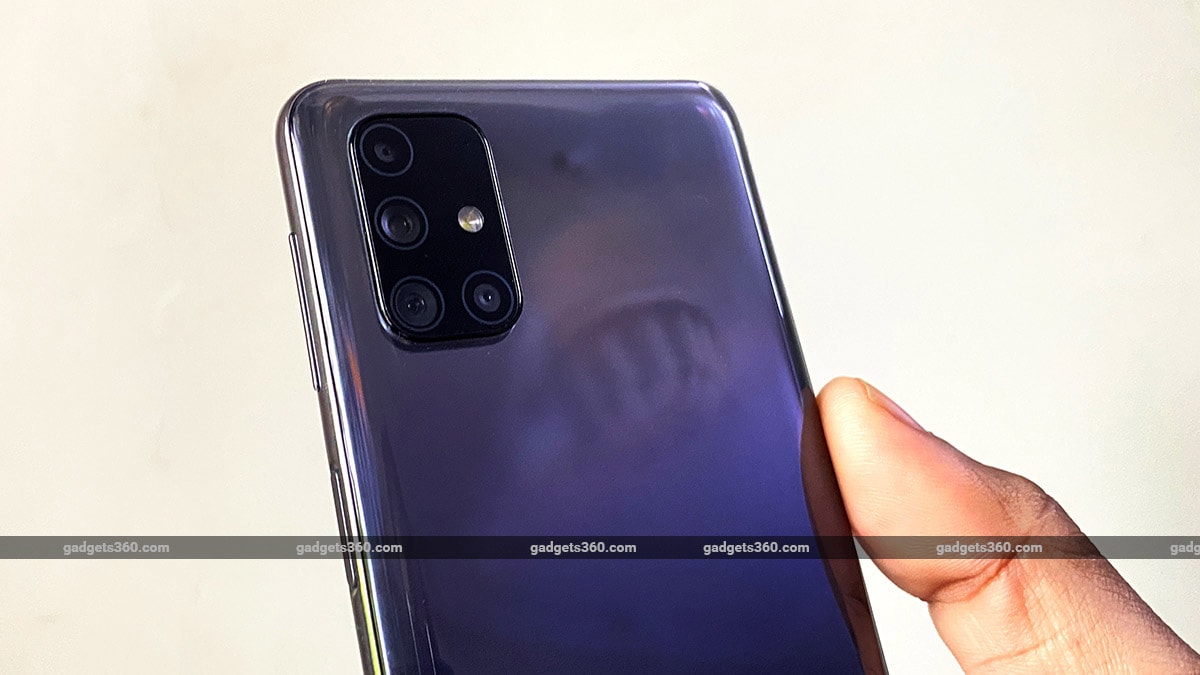 The Galaxy M31s takes 16-megapixel shots by default by binning the output of its 64-megapixel primary sensor. In daylight, the phone is quick to meter light correctly and the AI can detect scenes quickly. Photos taken in daylight were sharp and had adequate detail. Text in the photos was legible even after magnifying to 100 percent. You do have the option to take shots at the full 64 megapixels but we preferred the convenience of the default 16-megapixel resolution. 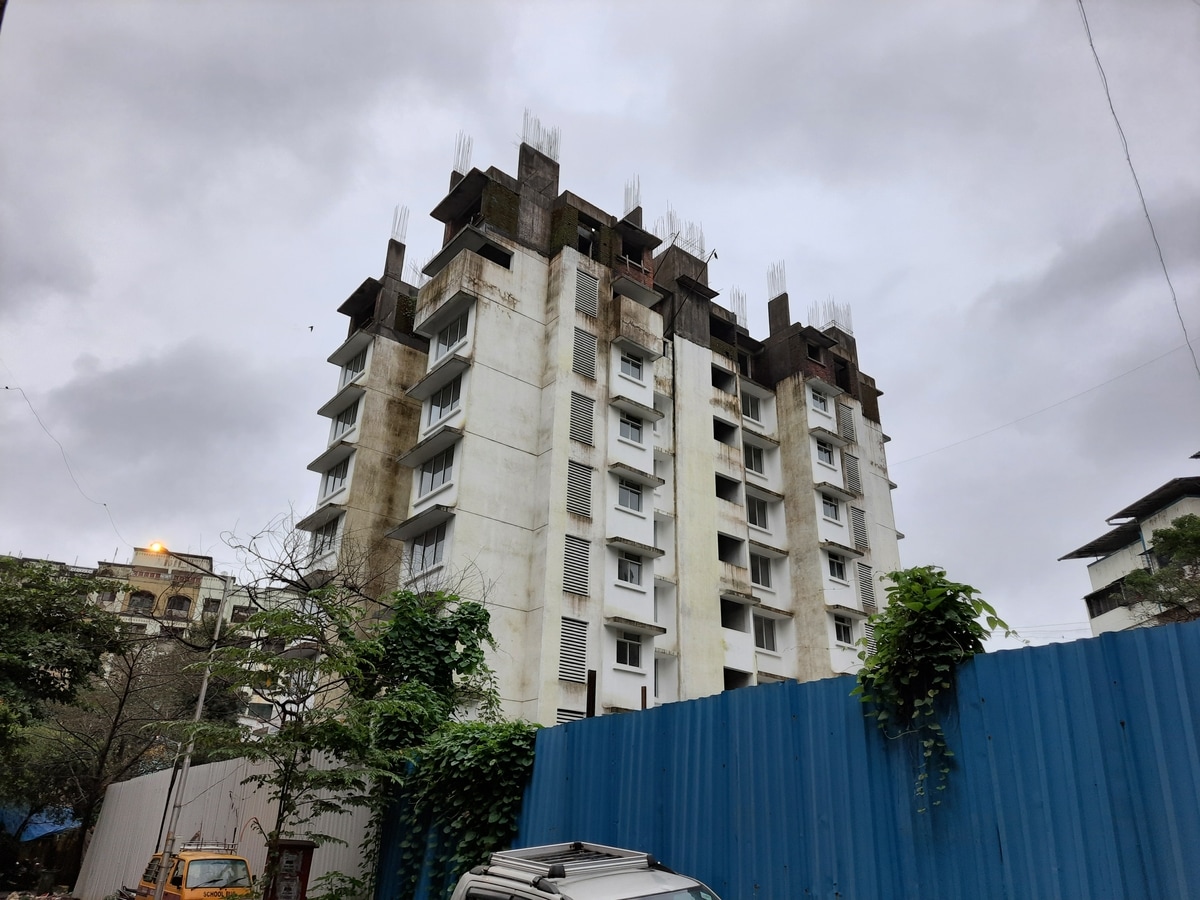 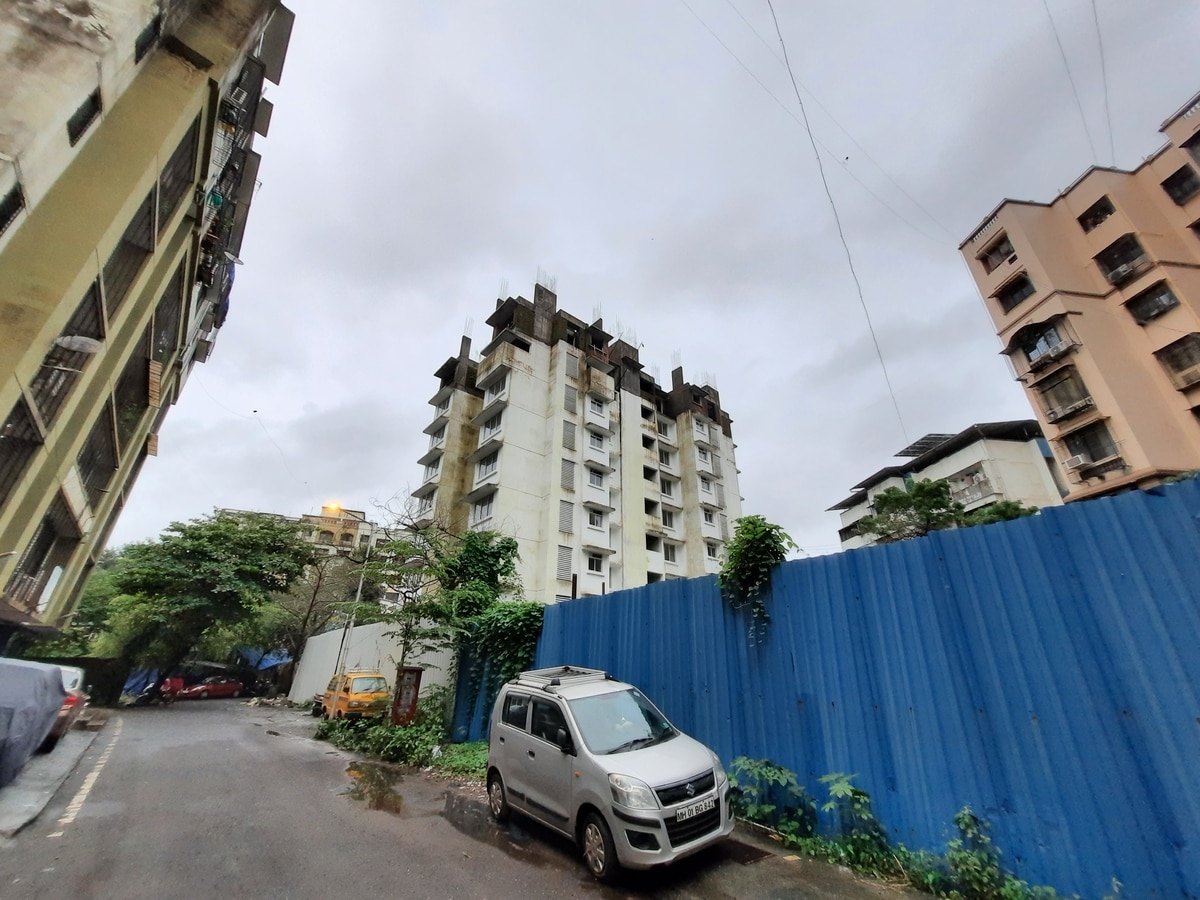 The wide-angle camera offers a wider field of view but there is distortion, and photos are warped at the edges. The resolution is high enough that you can crop into these shots, but the level of detail is lower compared to what the primary camera produces. Close-ups had good detail, and the phone can manage a soft bokeh effect for the background which looks nice. The Galaxy M31s has a Live Focus mode for portraits, which lets you set the level of blur before taking a shot. The macro camera does let you get quite close to a subject but it did not manage to capture colours very well. 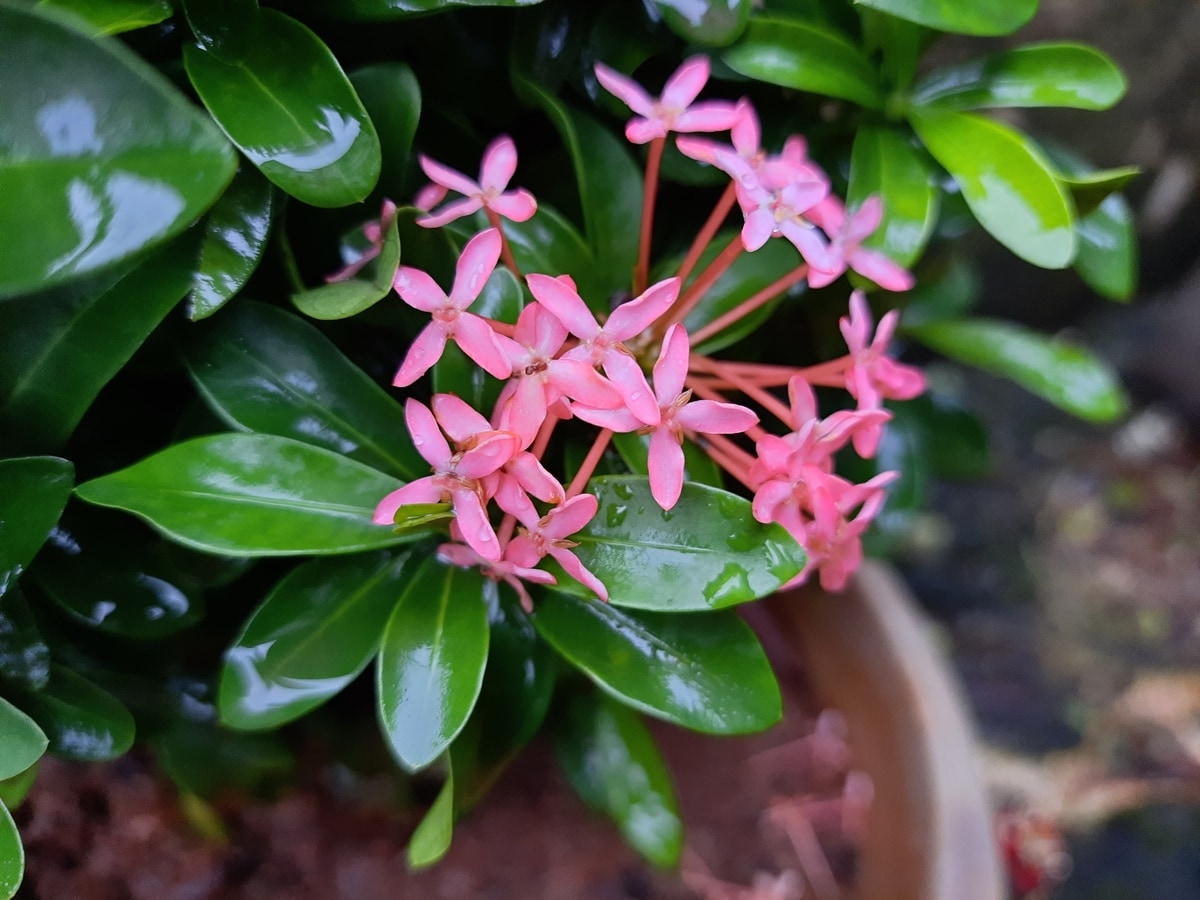 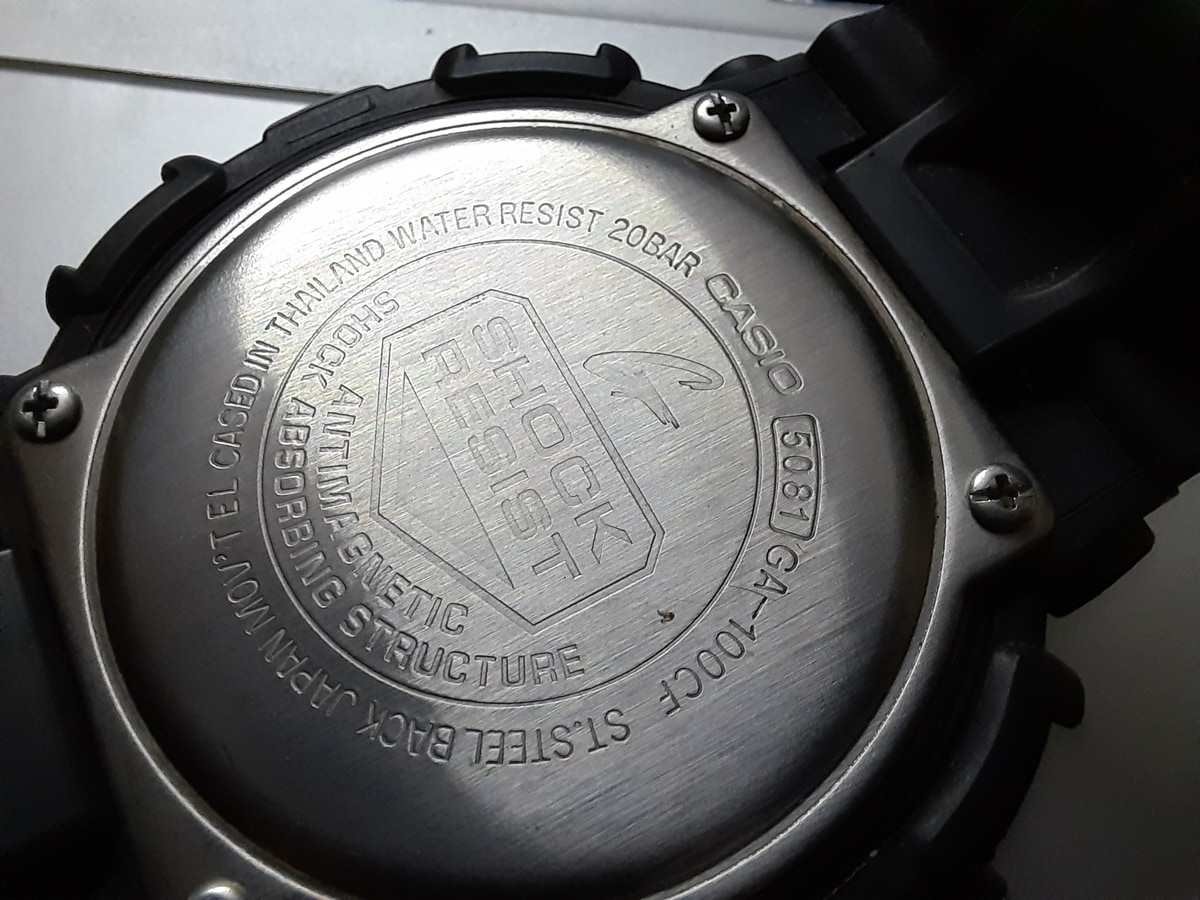 I did try out the Single Take feature, which gave me multiple outputs for the footage I recorded. This idea behind this feature is to ensure that you don't miss a moment. After hitting the shutter button, the phone records for about 15 seconds and offers multiple options including the best shot, some filters, a smart crop, hyperlapse, boomerang, and the original video. The photos and the video it delivers were of a lower resolution. 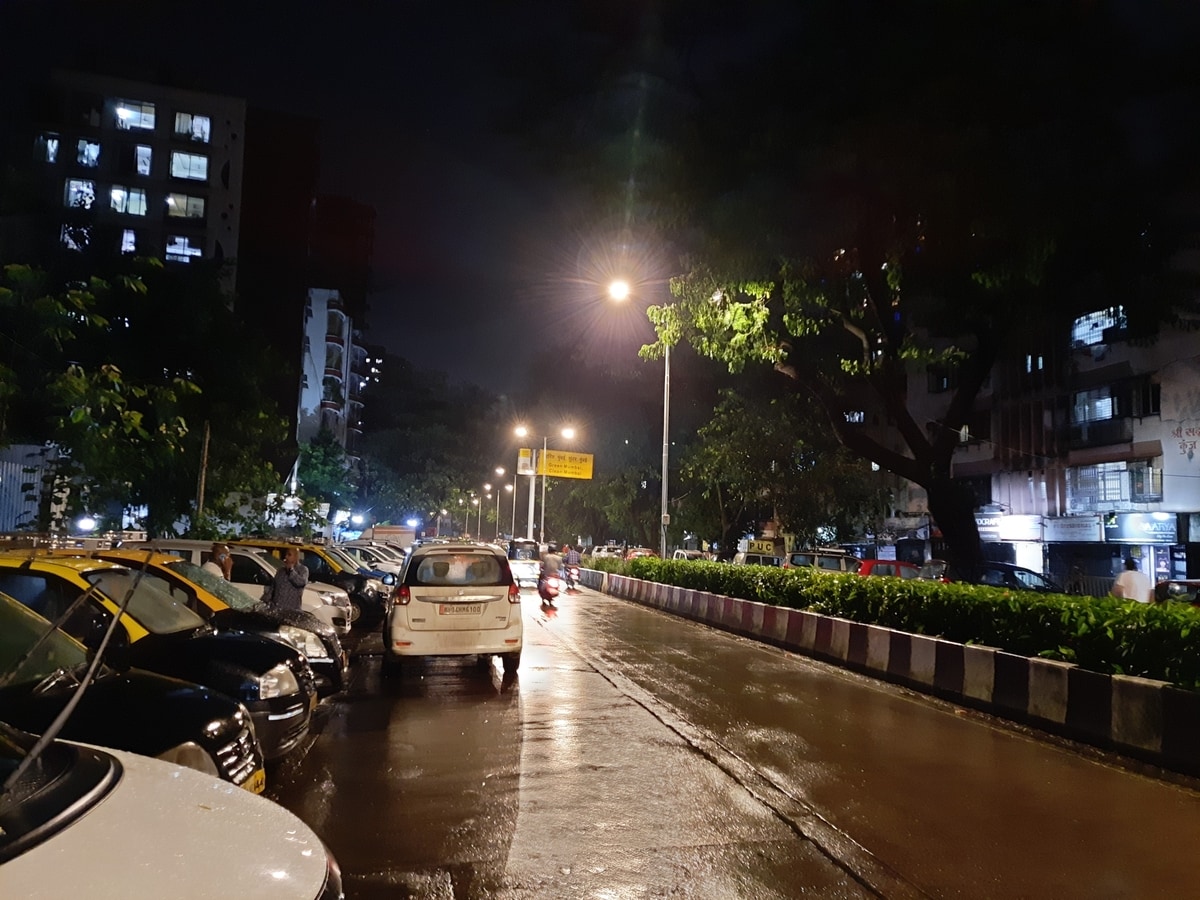 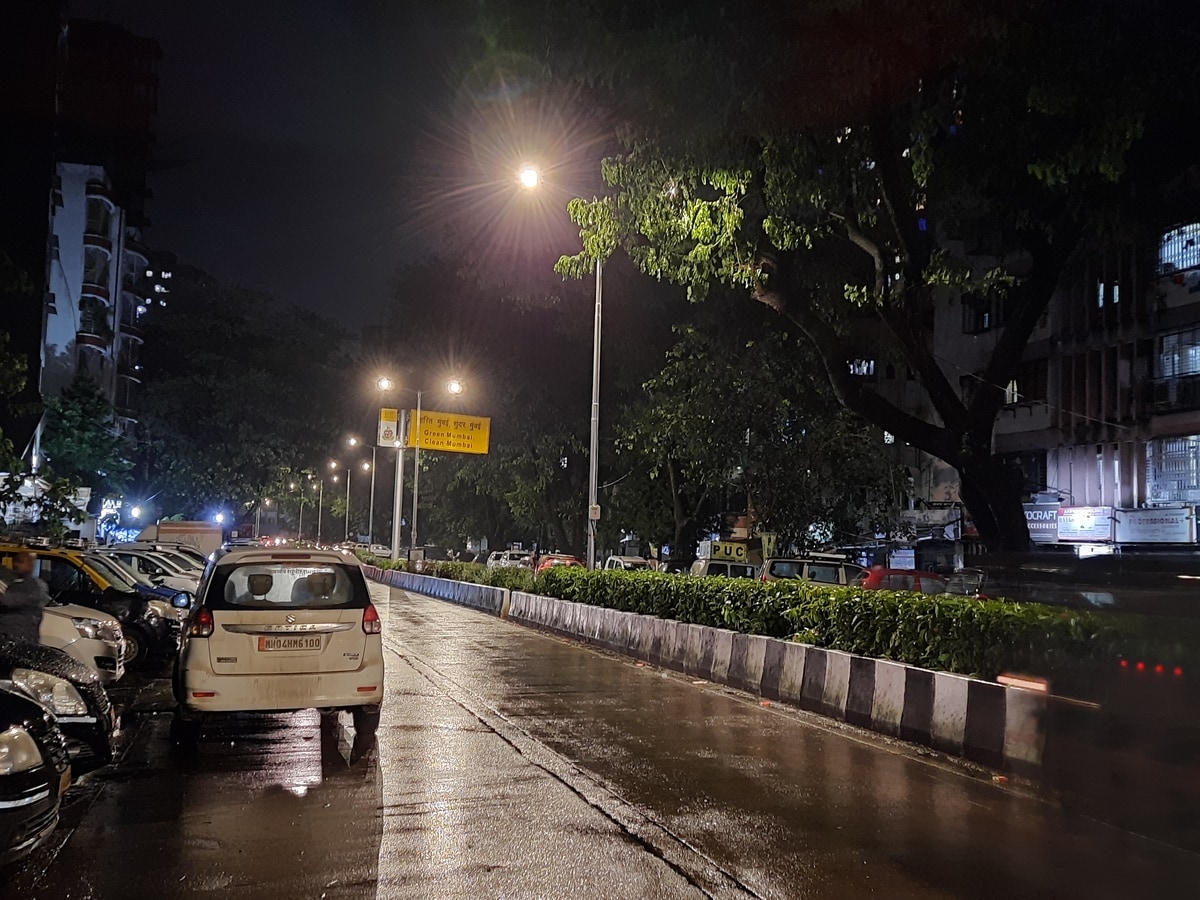 In low light the Galaxy M31s managed decent shots and kept noise in check. The wide-angle camera did not perform that well, though. Shooting photos in Night mode results in some cropping. The output isn't drastically brighter but it does have slightly better detail. 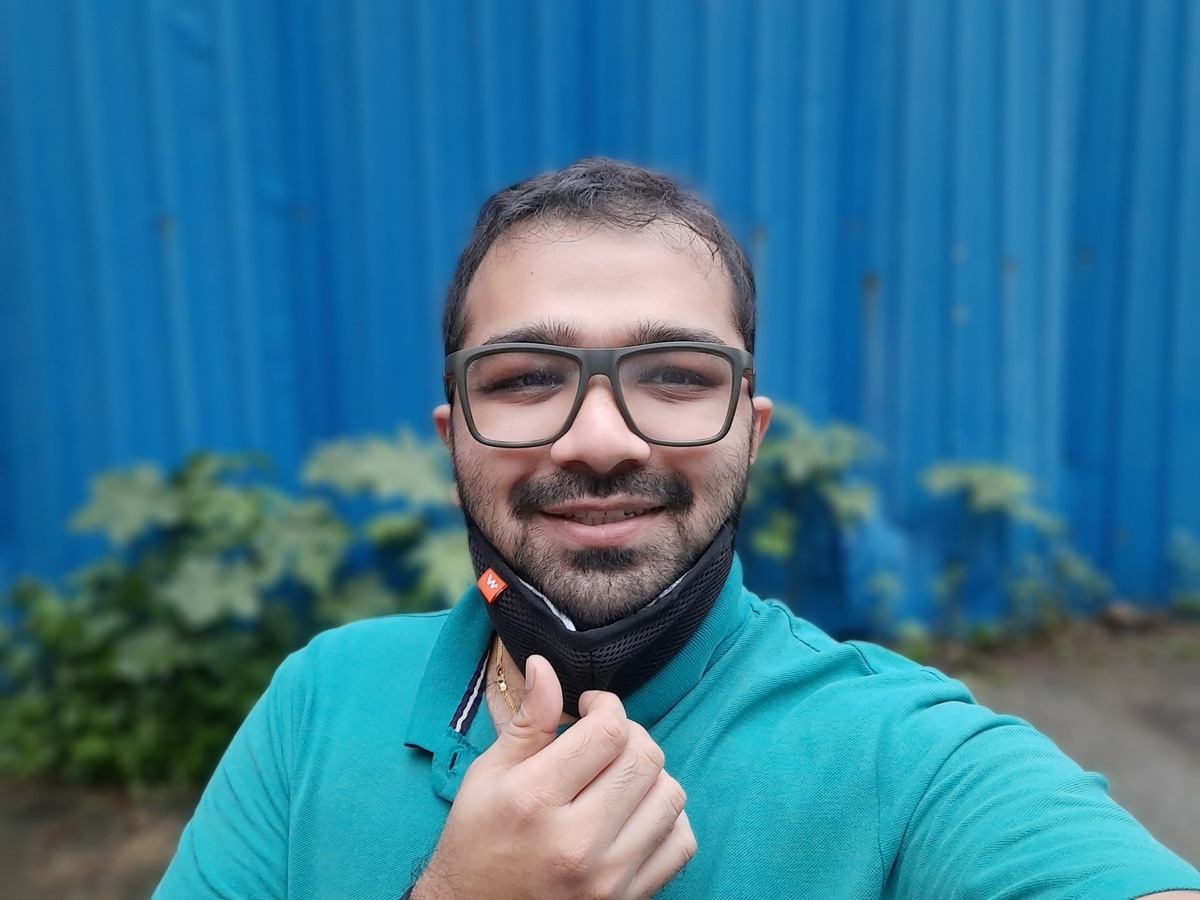 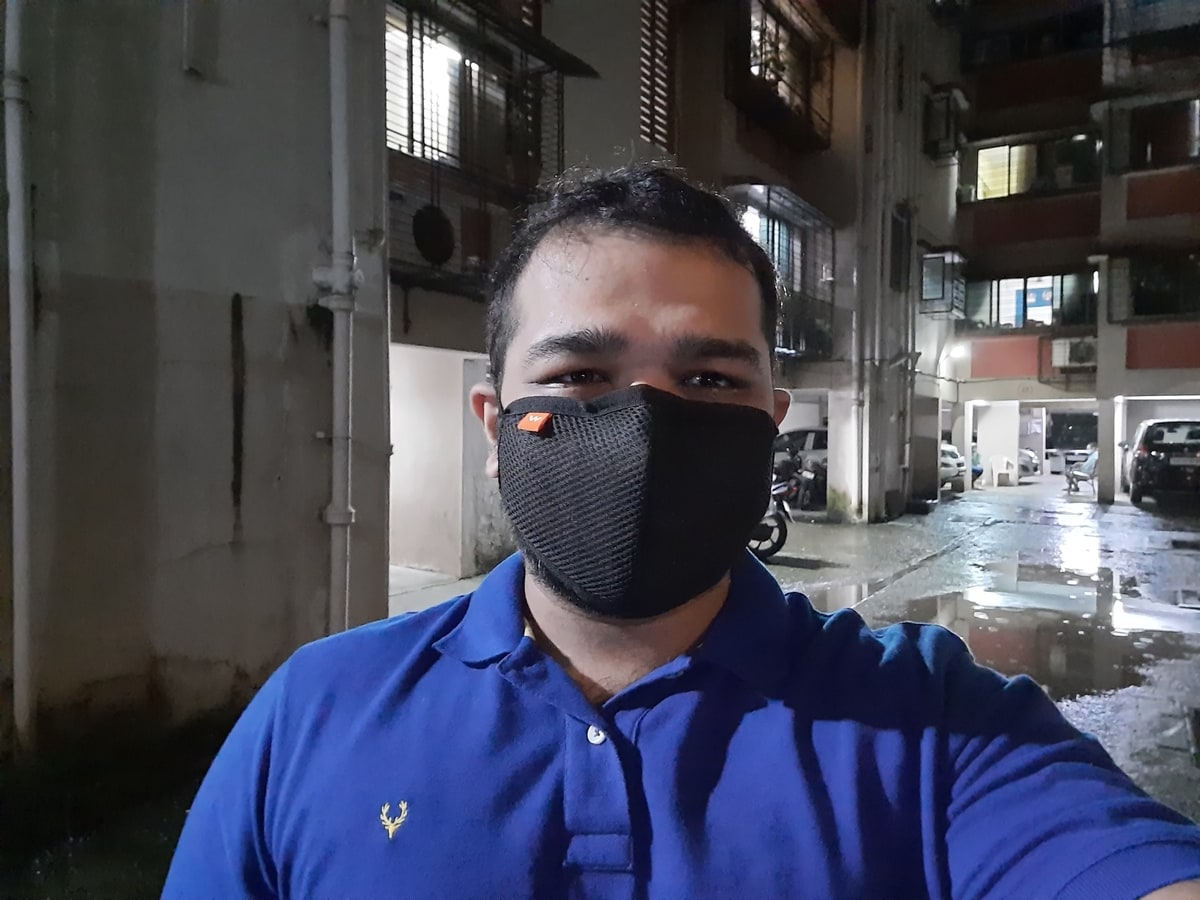 For selfies, the Galaxy M31s has a 32-megapixel shooter and saves 8-megapixel shots by default and 12-megapixel ones if you want a wider frame. In daylight, the phone managed to capture good detail but you need to keep it steady after hitting the shutter button for a crisp shot. It does give you the option to capture portraits using the Live Focus mode, and managed good edge detection. Low-light selfies did not offer the same kind of detail.

Samsung's Galaxy M series is consistently popular, and the company has been launching new models into the market quite rapidly. The Galaxy M31s is the successor to the Galaxy M31 (Review) and gets a fresh look, the new Infinity-O AMOLED display, and faster charging with a higher capacity bundled charger. It retains the same 6,000mAh battery and aging processor though, which could stop buyers from putting their money down.

The camera performance is very similar to what the Galaxy M31 achieved, and the new Single Take feature delivers interesting results but the tradeoff is lower-resolution output.

If battery life is your primary concern, there are very few phones that come close to the Galaxy M31s' performance. However, you could save yourself some money by going for the Galaxy M31, if you don't mind the older style dewdrop notch. If you want better value at this price point, the Motorola One Fusion+ (Review) and the Redmi Note 9 Pro Max (Review) are worthy alternatives.