Samsung Galaxy A5 Duos Review: Sturdy and Light but Too Expensive

As an answer to its detractors who complained that Samsung only made cheap plastic phones, the Korean tech major released the Galaxy Alpha last year. The unibody Alpha was made of metal and was an undoubtedly premium-looking phone.

Samsung didn't stop at the Galaxy Alpha (Review | Photos) though; it went on to release a new Galaxy A series, which followed the same design principles of the Alpha. The first of these phones to be released were the Galaxy A5/A5 Duos and the Galaxy A3/A3 Duos. The Galaxy A5 Duos is a 5-inch smartphone with a mediocre SoC, which is a bit of a downer for the price it demands. However, we know specs really don't matter if the real-world performance is good enough. We used the Galaxy A5 Duos for some time and have a few observations. 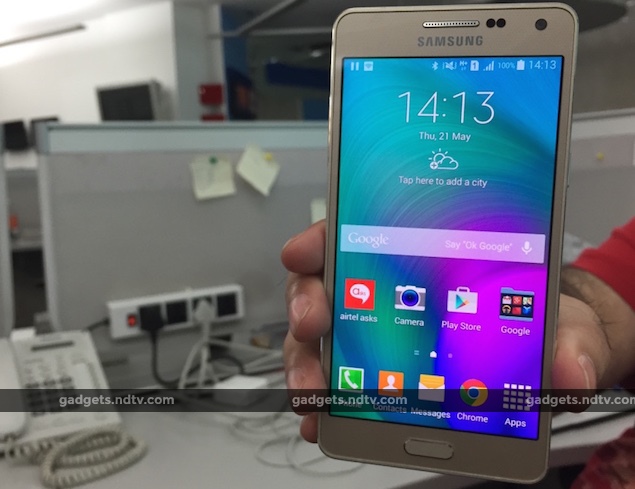 Look and feel
The Galaxy A5 Duos looks a lot like the Galaxy Alpha which is definitely not a bad thing. We got the gold variant for review and it looks premium for its price. On picking up the phone for the first time you will notice that it is very light, at 123g. Moreover, it also feels really comfortable to hold and use with one hand thanks to its compact dimensions of 139.3x69.7x6.7mm.

The chamfered edges are especially nice to touch. We must say we are impressed with what Samsung has achieved with the construction quality of the Galaxy A5 Duos. However, the phone is not going to really grab attention with its looks.

The power button is placed on the right edge of the phone. It has decent tactile feedback but we would really have liked a bit more click. Additionally, there are two SIM trays on the right edge - one of which doubles up as a microSD card tray. This means that you can't use a memory card if you intend to use two SIM cards at a time. The left edge houses the volume rocker which feels the same as the power button.

The 3.5mm audio port, Micro-USB port, and a microphone lie on the bottom of the phone. Below the display, one can find Samsung's trademark oblong 'Home' button, which is flanked by the 'Recents' and the 'Back' button. The earpiece, ambient light sensor, and the front camera are present on top of the display along with Samsung's logo. The primary camera is placed on a bump in the rear, which makes it susceptible to scratches. To the left of the lens is the flash module, and interestingly the speaker is a symmetrical cutout to its right. 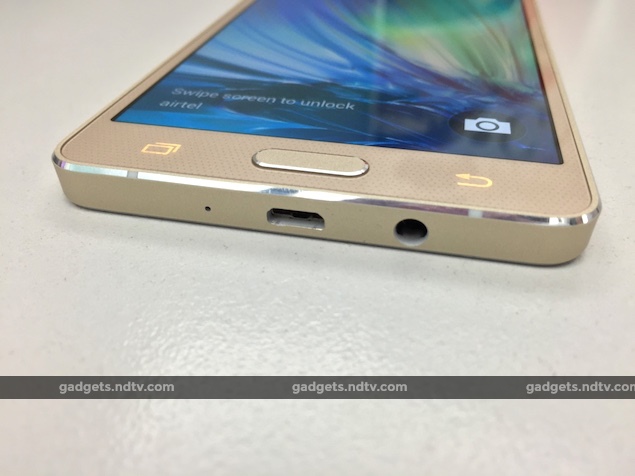 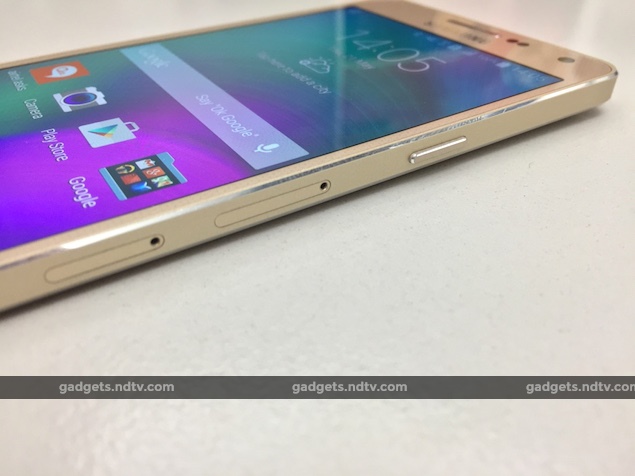 One of the SIM cards supports 4G networks even on the Indian2300MHz band. Airtel loaned us a 4G SIM card to test its recently launched network in Mumbai, and we found that both the phone and the network worked great. We experienced intermittent switches to 3G which were more likely attributable to the network rollout than to the phone.

The Galaxy A5 Duos can connect to Wi-Fi a/b/g/n networks and also features Bluetooth 4.0 and NFC. The primary camera can capture 13-megapixel images while the secondary one can shoot 5-megapixel selfies. The phone has a 2,300Ah battery.

The 5-inch Super AMOLED panel with a resolution of 720x1280 is vibrant and colourful as usual. You would be hard pressed to discern individual pixels and the crisp display is a delight to use. The display is protected by Corning's Gorilla Glass 4. The viewing angles and sunlight legibility are pretty good. There is only one big 'but' - the screen is not full-HD and many potential buyers might not be happy considering the phone's price. 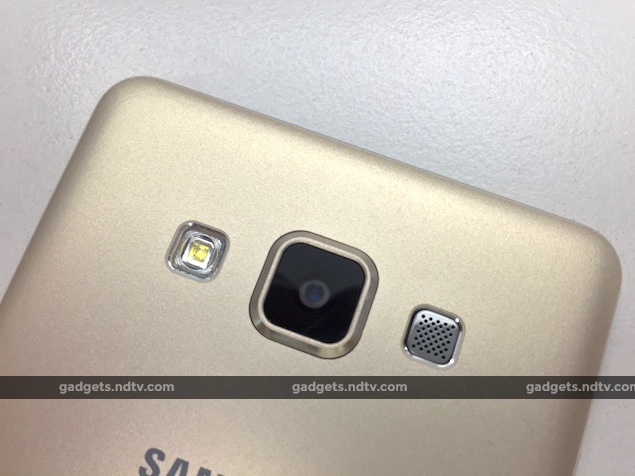 The phone runs Android 4.4.2 with Samsung's colourful Touchwiz skin on top of it. We hope the Galaxy A5 Duos gets updated to Android Lollipop soon. Surprisingly, Samsung doesn't bundle too many third party apps and the ones that are present, such as Flipboard and Dropbox, are very useful.

Performance and camera
The Galaxy A5 Duos performs well and Samsung seems to have optimised Touchwiz really well. In our week-long test period, we had no issues with opening multiple apps and the phone responded to all our commands without complaining. On the other hand, gaming is not this phone's forte. Casual games should work fine, though. 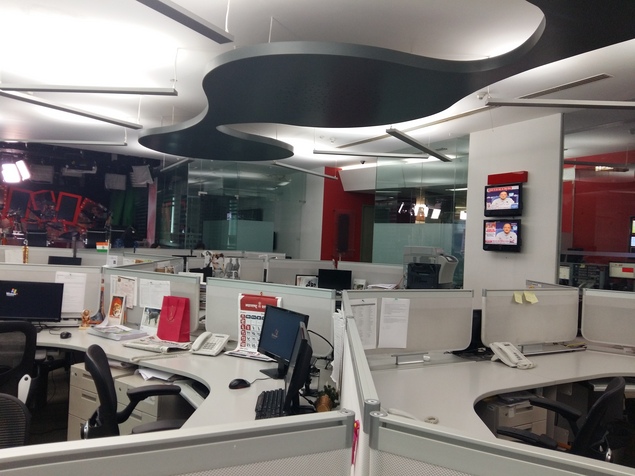 In the AnTutu and Quadrant tests the phone scored 19,505 and 12,116 points respectively - which is in tune with our experience with other Snapdragon 410-based phones. The 3DMark Ice Storm and GFXbench graphics tests returned scores of 5,177 and 10.3fps respectively. All our sample videos, including a heavily encoded 40Mbps one played without any issues.

The sound of the speaker is too hollow and doesn't get loud enough, though the bundled earphones are of really good quality. The sound quality in calls was pretty good and we didn't lose network either. In our video loop battery test, the phone lasted 7 hours and 42 minutes which is decent at best. Even with ordinary usage, the battery died before our day ended whether or not 4G was enabled. 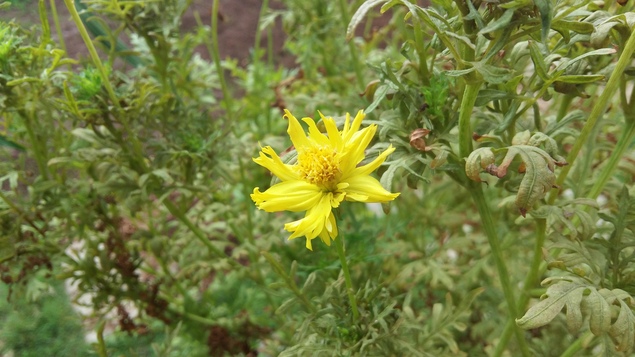 The 13-megapixel camera on the Galaxy A5 Duos is a good shooter. We got some really good details in our daylight shots and the natural colours were a breath of fresh air. The only problem with the camera is that it can't handle bloom properly without the HDR mode. The images had no barrel distortion or chromatic aberration around the edges, or anywhere else for that matter.

In low-light conditions, there was noticeable noise in the captured shots. 1080p video had good amount of details but had some issues with exposure in that our footage had underexposed areas around the edges. The 5-megapixel front camera can take some incredibly good shots. We really think Samsung should have marketed this as a selfie phone because the quality is that good. It doesn't go too wide but the colours and quality are enough to keep any selfie fan happy. 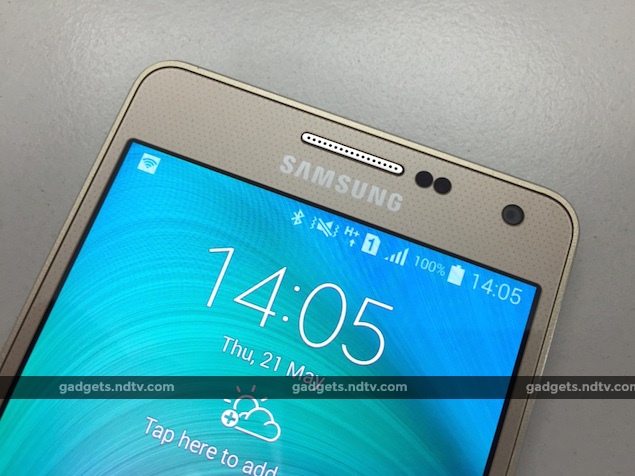 Verdict
The Samsung Galaxy A5 Duos was launched early this year, but is still selling for around Rs. 22,000. Frankly, this is a little too steep by any standard. You can get significantly more powerful phones for the same price or less like the OnePlus One (Review | Pictures) or the Xiaomi Mi 4 (Review | Pictures), and similarly specced phones like the Lenovo A6000 Plus and Yu Yureka are available for a fraction of the cost. We are not saying that the Galaxy A5 Duos is a bad phone. In fact, it is well-rounded and does everything well. It only needs to be a lot more realistic and a lot less expensive. 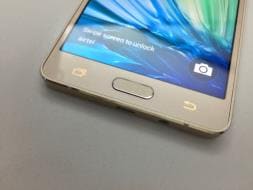 Samsung Galaxy A5 Duos in pictures

Has Google Hit Its Peak, Like Microsoft and IBM of Yesteryear?
Nasa Partners Darpa on 'Deep Web' Search Tech to Decode Space Data