Samsung, which has never had any shortage of models available in the market at any given time, has launched a new assault on the mid-range segment. The new Galaxy A3 and Galaxy A5 slot in alongside the new Galaxy E5 and Galaxy E7, and many of the features of the two new lines overlap. We had a chance to spend some hands-on time with all four at the company's launch event in Mumbai.

The primary difference is that the A-series models have metal bodies while the E-series are made of polycarbonate. Unlike the convention established with Samsung's popular Galaxy S lineup, the number at the end of each model name does not correspond to when it was launched. Far from simplifying its lineup and naming schemes, Samsung now uses the number to differentiate models based on screen size. 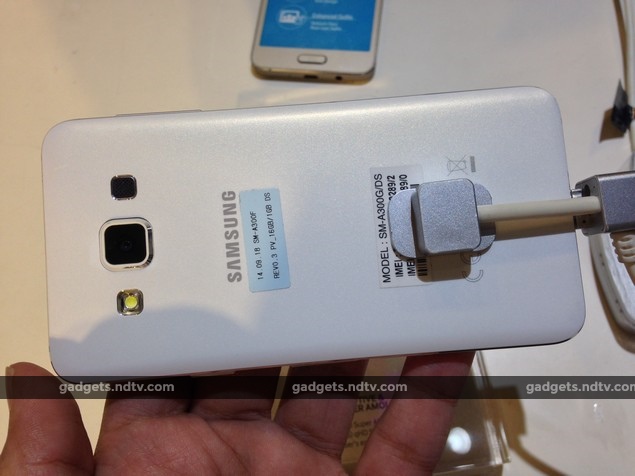 Samsung touts the new Galaxy A-series as slim and light, and this is true of both models. While the Galaxy A5 weighs 123g, the Galaxy A3 comes in at just 110g. Both are comfortable to hold and use, though the A3 in particular seemed to fit perfectly in our hands. The build quality of both models was also quite satisfying.

The metal bodies are subtle, and in fact Samsung's plastic E-series which launched alongside have chrome rims that look shinier. While looks might be deceiving, the A-series phones are definitely metallic to the touch. The shape is still true to Samsung's template, but these phones have straighter edges and less rounded corners than their E-series counterparts. The front face extends to the phone's edges, and there's a subtle dotted pattern around the screen. The trademark oblong Home button is beneath the screen, and the capacitive Back and Recents buttons are invisible till you tap them.

The cameras protrude slightly from the rear on both phones. Being unibody designs, there is no removable cover. The microSD and SIM card slots are on the right edge below the power button, while volume buttons are on the left. The headset socket is on the bottom, next to the Micro-USB port. 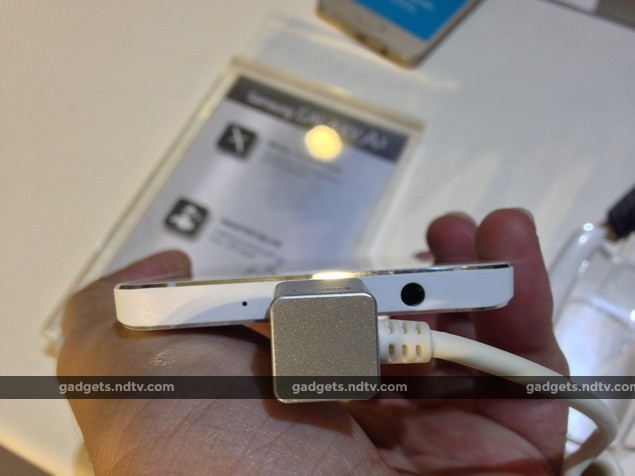 Samsung's experiments with metal bodies started with the Galaxy Alpha (Review | Photos), from which the A-series name is probably derived. The Korean giant is still a global smartphone leader, but its increasingly generic plastic phones have not been winning fans for quite a while now, and expectations have risen thanks to stellar build quality from Apple, Sony, LG and HTC. While undoubtedly good-looking, the Galaxy Alpha is overpriced and borrows many features from the flagship Galaxy S5 (Review | Photos) which not everyone is interested in. 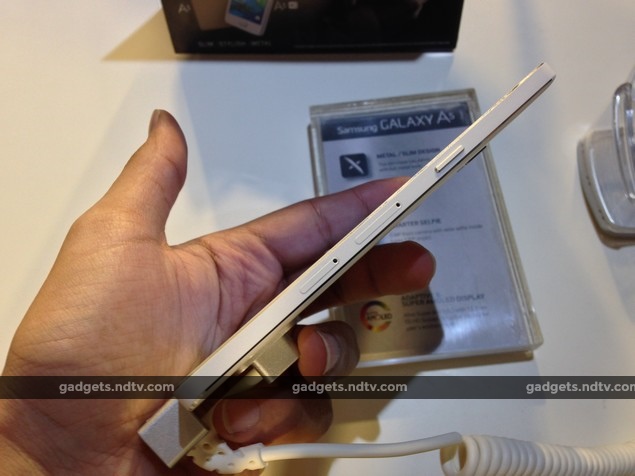 As far as performance goes, we had no reason to complain based on what we were able to experience with Samsung's display units. Performance seemed smooth when navigating around the Android 4.4 KitKat interface with TouchWiz, and when switching between apps.

In most ways, the A5 seems like it has more headroom and will perform better in the real world, which is a disappointment considering the A3 has its own distinct appeal. The small battery is of particular concern, but we will wait to perform our formal battery tests as part of a full review before drawing any conclusions about how long it might last. 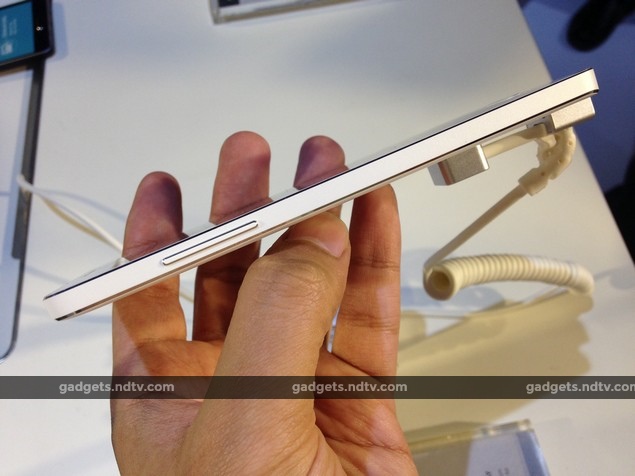 The Samsung Galaxy A3 and A5 are priced at Rs. 20,500 and Rs. 25,500 respectively, which slots them right in the middle of a crowded segment. The high-resolution front cameras and stylish metal bodies will definitely help them attract buyers' attentions, but there is no shortage of alternatives, including the relatively more affordable E-series phones that were launched alongside.

Stay tuned for our full performance review of the new Samsung Galaxy A3 and A5.