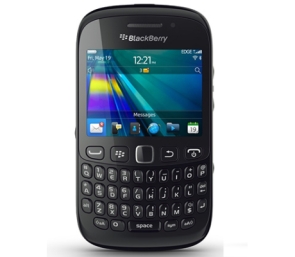 Highlights
In the wake of increasing popularity of Android phone and Apple's iPhone, Research In Motion (RIM) has not been having a good run with its BlackBerry devices. Fortunately for the company, India is one of the few markets in which it is still popular amongst youngsters, thanks largely to the BlackBerry Curve 8520. Launched way back in 2009, 8520 was the first Curve smartphone from the Canadian handset maker and it continues to be their bestselling smartphone in the country.

The reasons why Curve 8520 proved to be such a big hit are easy to understand. It's the cheapest BlackBerry around, and the go-to option for the young crowd who use BlackBerry Messenger as if their life depended on it. The wide variety of colour options no doubt helped the sales.

Though the Curve 8520 continues to be the top selling model for RIM, it runs on the dated OS 5, has a slow processor and an average battery backup.

This is where the new BlackBerry Curve 9220 steps in. Priced attractively at Rs. 10,990, the company expects it to be as popular as the first Curve and is specifically being targeted at the youngsters.

Hardware and looks
The first thing that you notice about the new Curve 9220 is that it looks very similar to Curve 8520. However, despite having a larger battery, it is 1.2mm thinner than its predecessor.
The Curve 9220 also has the full plastic body but the build quality is nice. It feels sturdy and can bear a few falls with without any major damage. The big highlight of this smartphone is the presence of a dedicated BBM key. This key is placed on the left side of the handset, and gives instant access to BlackBerry Messenger. However, it works only when the handset is unlocked, so not really a shortcut to access BBM.

Unlike other BlackBerrys, this smartphone does not have any dedicated media keys on the top panel. This clears a lot of space at the top, which now only houses the screen lock key.
The keyboard is pretty much the standard one found on any BlackBerry device and the QWERTY lovers will find it quite convenient to use.

Just like the BlackBerry Curve 8520, the new Curve handset, too, will be available in vibrant colour options such as fuchsia pink and teal blue, apart from the usual black and white.

Display
The BlackBerry Curve 9220 comes with 2.44-inch TFT LCD display with 320x240 pixels resolution. When pitted against the other Curve devices at similar price point, Curve 9220 scores better than the rest in terms of display. Having said that, the display of this handset is still nothing to rave about when compared to other smartphones.

Camera
BlackBerry Curve 9220 sports a 2.0-megapixels fixed focus camera. The images captured through this camera in proper light conditions were at the most average. Needless to add, the quality deteriorates even further in low-lighting conditions.

Considering that RIM is trying to catch the fancy of the young consumers through this handset, we feel that the camera should have been better. Most devices at this price point come loaded with at least 5-megapixels primary camera.

Another downside of this smartphone is the fixed-focus nature of the camera rather than auto-focus found on other smartphones. The quality of videos recorded through this handset is also average.

Software/ Interface
Curve 9220 comes loaded with the latest BlackBerry OS 7.1, which makes it the first handset at this price point to do so. To put things in perspective, the more expensive BlackBerry Curve 9300 (commonly referred as Curve 3G) and BlackBerry Bold 9780 handsets are still running on the older BlackBerry OS 6. The addition of Social Feeds in an entry-level device is handy, especially when it is targeted to young users. We liked the experience of using Facebook through Social Feeds more than the native Facebook app. One of the most important aspects of any BlackBerry device, without any doubt, is its BBM experience. We found the experience of using this app on Curve 9220 to be almost identical to other BlackBerry OS 7 devices.

Performance/ Battery Life
RIM is tight lipped regarding the processor inside BlackBerry Curve 9220, but irrespective of the which processor has been used in this phone; we found that this smartphone was pretty smooth in terms of functioning. There were no lags in transitioning between different apps; neither did we encounter any unusual crashes. Another addition in this handset is the FM radio. The radio app is quite basic with no frills attached. The voice quality and music playback quality on the handset, both through loudspeaker and earplugs, is good.

The best part about this smartphone is the battery-life. The Curve 9220 comes with a 1450 mAh battery, which easily lasted for a day with frequent app use and web browsing without needing a charge.

In terms of connectivity, this mobile handset comes with a Wi-Fi and 2G but lacks 3G support. It's a bit disappointing to find a device at this price point of Rs. 10,000 that does not have 3G support.

Verdict
The biggest drawback for BlackBerry still continues to be its inability to excite the developers to create apps for its platform and the BlackBerry Curve 9220 is unlikely to change that. However, if you are not into the apps and are looking for a budget BlackBerry smartphone to connect with your BBM friends, then Curve 9220 is worth considering. It is also be a good upgrade for users of BlackBerry Curve 8520 as it offers an updated OS and better battery at a similar price point.