Xiaomi is where it is today because of the strengths of its budget Redmi series and its ability to constantly improve the features and specifications of phones that don't cost very much. The company boasts of how its Redmi Note models in particular have consistently targeted sensitive price points with aspirational features such as more and better cameras, bigger batteries, and higher quality screens. The Redmi Note 9 Pro has just been launched, and fans have already been waiting for weeks to find out exactly how Xiaomi will raise the bar again.

Given the stratospheric success of its predecessors, the Redmi Note 8 Pro (Review) and Redmi Note 7 Pro (Review), it should be no surprise that Xiaomi has refreshed the line already. Fresh competition in the form of the Realme 6 series and Samsung's latest M-series models have resulted in some interesting choices – the Redmi Note 9 Pro is not about chasing every little specification to look better than other options, but the package as a whole improves upon the essentials and keeps prices low.

Let's start with the look of the Redmi Note 9 Pro – Xiaomi has unveiled its ‘Aura Balance' design philosophy, which ditches eye-popping patterns and gradients for a simpler and slicker finish. The running theme here is symmetry – the back has a squared-off quad camera module, with the flash and Redmi logo centred below it. According to Xiaomi, weight distribution is also perfectly symmetrical.

The Redmi Note 9 Pro will be available in Aurora Blue, Interstellar Black, and Glacier White. The finish is very glossy and reflective, and we have to say that our Aurora Blue unit is a lot brighter and lighter than the picture of it on the box makes it look. We found that the finish was very susceptible to fingerprint marks. The frame is also a matching colour and is made of polycarbonate.

While it's true that the Redmi Note 9 Pro does not look or feel like a budget phone at all, it isn't the easiest device to hold and use. It's 8.8mm thick and weighs 209g which is well over average. The back curves only very slightly at the sides. Luckily, the rear isn't slippery so it isn't hard to grip this phone. 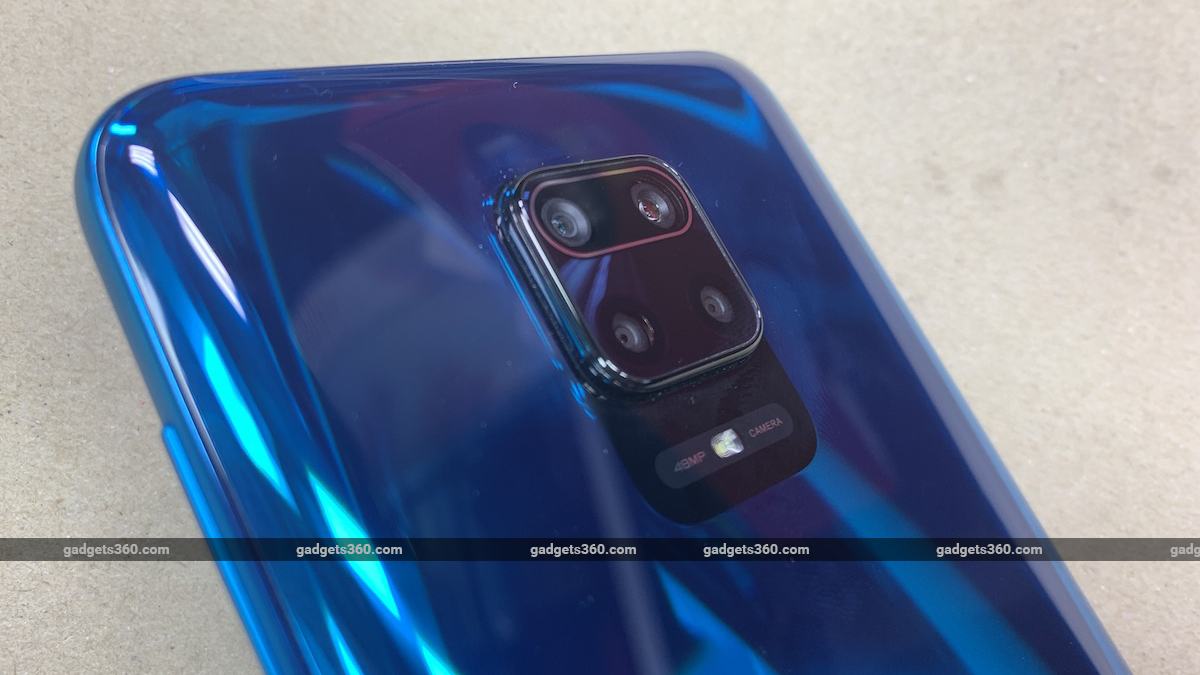 The front and back of this phone are made of Gorilla Glass 5. The size and weight are largely thanks to the 6.67-inch screen and 5020mAh battery, which are both the largest ever in the Redmi Note series. These are features that look good on paper, but might not be worth the compromises for everyone.

Xiaomi has used a 60Hz 1080x2400-pixel IPS LCD panel on this phone which is a bit of a surprise considering that competitors are pushing high refresh rates. Xiaomi told Gadgets 360 that this is a non-essential feature that many people can't even detect, the Qualcomm Snapdragon 720G processor isn't high-end enough to drive it in a meaningful way, and the tradeoff to battery life isn't worth it. The different approaches taken between Xiaomi and Realme are interesting to note, and our full review of the Redmi Note 9 Pro will explore this.

The hole-punch front camera is centred at the top of the screen, and it's fairly large. This is something that will take getting used to. The power button on the right has an integrated fingerprint sensor, which somewhat preserves the look of the rear panel but will be awkward for left-handed users. The volume buttons are unfortunately placed above the power button, making them completely out of reach when holding the phone normally. 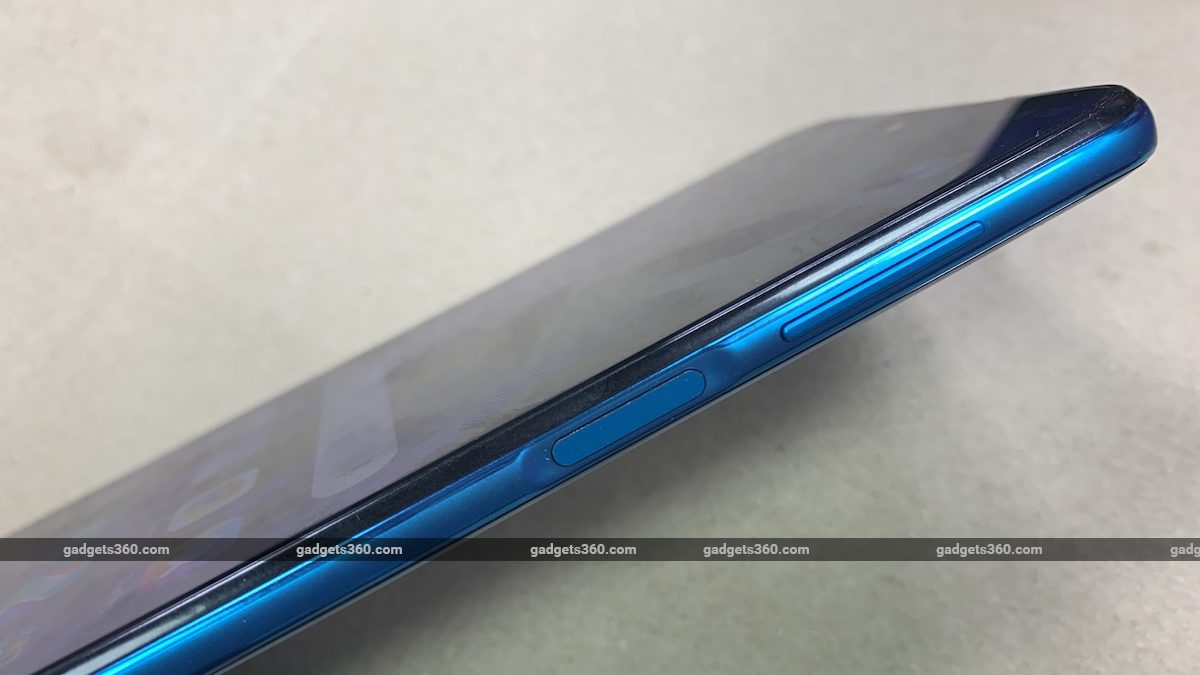 You get a USB Type-C port, speaker, and 3.5mm audio socket on the bottom. The tray on the left can hold two Nano-SIMs as well as a microSD card. Xiaomi's trademark infrared emitter is on the top.

You get an 18W charger in the box, and the Redmi Note 9 Pro supports standard USB Power Delivery chargers. Another interesting touch is support for the Indian NavIC satellite navigation system. There's also Wi-Fi ac and Bluetooth 5. As for software, there's MIUI 11 running on top of Android 10.

Xiaomi has gone with a 48-megapixel primary rear camera, which uses the new Samsung Isocell GM2 sensor. The company says it has tuned the colour profile of this sensor for Indian sensibilities. This camera has an f/1.79 aperture and can record 960fps slow-motion video as well as 4K 30fps video. The other three are an 8-megapixel wide-angle camera, a 5-megapixel macro camera, and a 2-megapixel depth sensor. You get a 16-megapixel selfie shooter on the front. 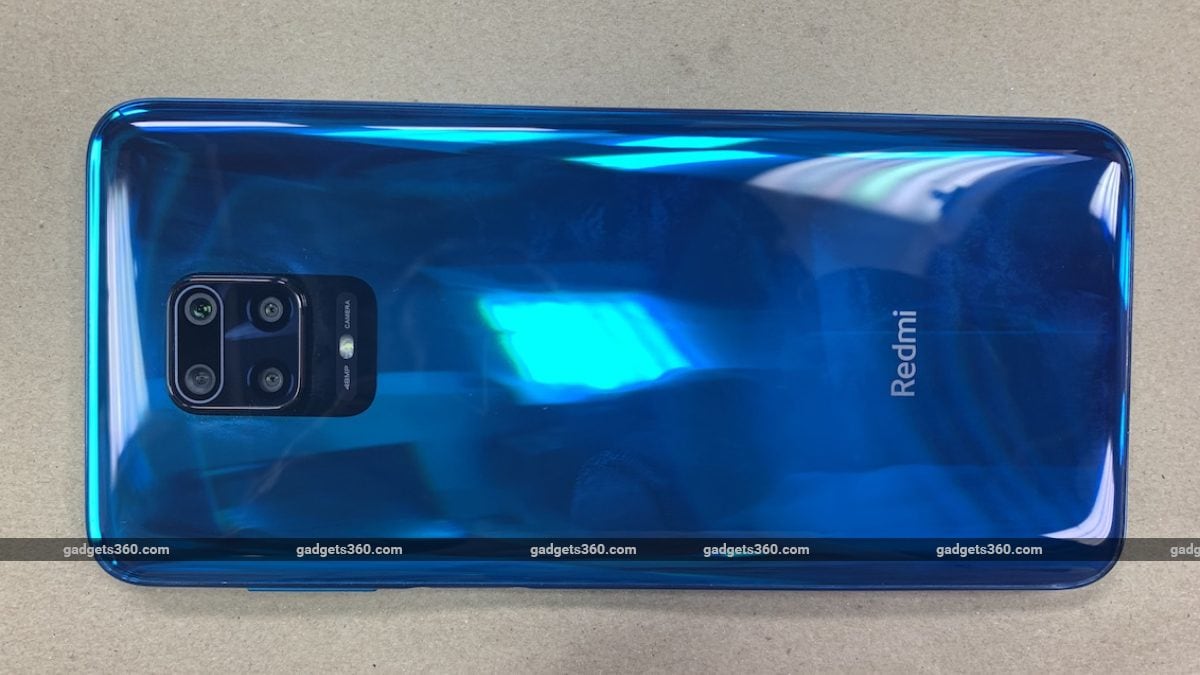 The Redmi Note 9 Pro has been designed with content creators in mind, especially those who post stories and TikTok videos regularly. There's electronic stabilisation for the front and rear cameras, a 21:9 aspect ratio option, and a Pro Colour option to bump up contrast and saturation.

All of this sounds like a great deal for the price, and we can understand why Xiaomi chose to forego some of the niceties that others offer. If you do feel a little underwhelmed, there's the Redmi Note 9 Pro Max which is almost identical but gives you a 64-megapixel rear camera, 32-megapixel front camera, 33W fast charging (with an included charger), and more RAM in the base model for a little more money.

Do stay tuned to Gadgets 360 for our full review of the Redmi Note 9 Pro's performance, software, usability, cameras, battery life, and much more, coming up very soon.

product The Redmi Note 9 Pro is priced starting at just Rs 12,999 in India, and promises specifications, features, performance, cameras, and battery life that competitors will struggle to match