Redmi 5 First Impressions: Yet Another Winner for Xiaomi?

Xiaomi recently launched its latest budget smartphone, the Redmi 5, in the sub-Rs. 12,000 price segment in India which is currently flooded with options from Samsung, Nokia, Lenovo, and, of course, Xiaomi. The new smartphone comes almost a month after its elder sibling, the Redmi Note 5 (Review) (known as the Redmi 5 Plus in China). Key features of the new Redmi 5 include a 5.7-inch 18:9 display, a fairly large 3300mAh battery, and an LED flash for the front-facing camera. The Xiaomi Redmi 5 price in India is Rs. 7,999 for the variant with 2GB of RAM and 16GB of storage; Rs. 8,999 with 3GB of RAM and 32GB of storage; and Rs. 10,999 with 4GB of RAM and 64GB of storage. The first Redmi 5 flash sale in India will be held on Tuesday, March 20 at 12pm IST on Amazon.in and Mi.com, and at Mi Home offline stores. Availability with offline partners is expected to follow later.

Is the combination of hardware and software at this price enough to take on the likes of the Lenovo K8 Plus (Review), Samsung Galaxy J7, and Nokia 5? We spent some time with the Redmi 5, and here are our first impressions.

Such is the trend of 18:9 displays in the market all of Xiaomi's recent launches, except for the entry-level Redmi 5A, feature these elongated panels. It's no surprise that these have become popular with buyers - the Redmi 5 packs a 5.7-inch display into a body that's smaller than the 5.5-inch iPhone 8 Plus.

The Redmi 5 does resemble its elder sibling - the Redmi 5 Plus/ Redmi Note 5 - a lot. It has the same metal body although it's not as large, thanks to a smaller screen. The Redmi 5 weighs 157g, and the weight is distributed evenly. There's even 2.5D curved glass on top. The phone measures 151.8mm tall, 72.8mm wide, and 7.7mm thick and Xiaomi includes a TPU cover in the box that makes the phone slightly less slippery. 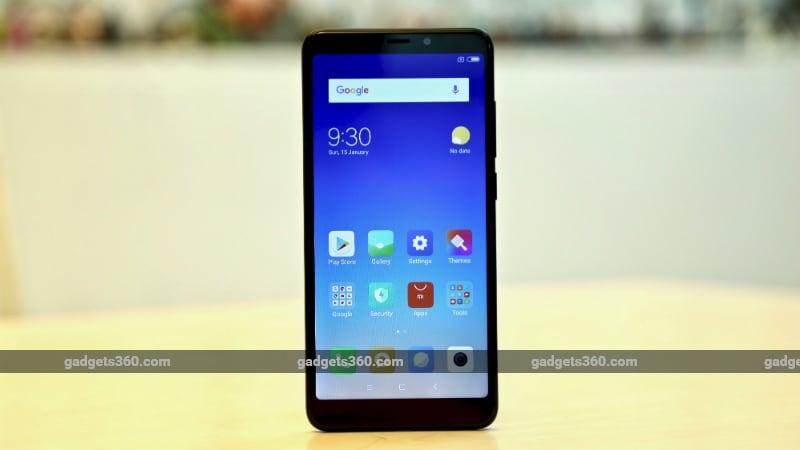 The front of the smartphone has no physical buttons; the Home, Overview, and Back keys are on-screen. Above the display is a 5-megapixel front camera with its own LED selfie light. The camera's performance is a lot like what budget phones in this price segment usually offer, but the LED flash does help in low light. There's an enhancement feature called Smart Beauty 3.0 that is supposed to make selfies look better, but we will reserve judgement on it until our detailed review of the Redmi 5.

The metal back of the Xiaomi Redmi 5 has a 12-megapixel camera with f/2.2 aperture, phase detection autofocus, HDR, and an LED flash. Models in the Redmi series haven't been known to sport the best rear cameras, and the Redmi 5 is no exception. In our brief time with the unit, we were able to take some decent shots in good lighting conditions but it didn't perform well in low light. Again, do wait for our full review, in which we will test the camera performance extensively.

On the right of the Redmi 5 are the volume and power buttons. On the left is a hybrid dual-SIM tray that can house either two Nano-SIMs or one Nano-SIM and a microSD card. The bottom of the device has a Micro-USB port and loudspeaker. Finally, on the top is a 3.5mm headphone jack, an infrared emitter, and a microphone. 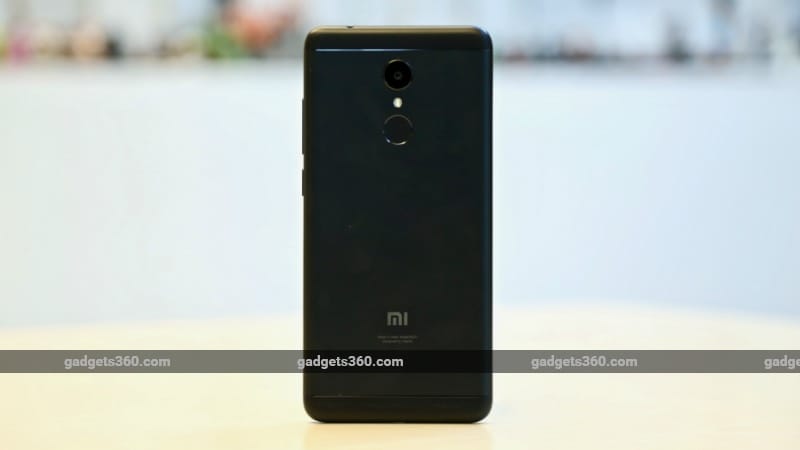 The 18:9 display has an HD+ resolution (720x1440). At the core of the Redmi 5 is an octa-core Qualcomm Snapdragon 450 SoC, based on the 14nm FinFET process. Interestingly, this is one of the lowest cost phones in the market to feature this processor, and we'll test its performance thoroughly in our upcoming review. The variant we spent time with was the middle one, with 3GB of RAM and 32GB of storage. We did not feel any lag or stutter when using it, although the unit was brand new; just out of its box.

The latest model from Xiaomi runs MIUI 9 on top of Android 7.1.2 Nougat, out of the box. Much like other MIUI-based Xiaomi phones, the Redmi 5 also has a number of customisations and preinstalled apps. There are no timelines on an Android Oreo rollout yet.

In terms of software, MIUI includes a Security app that is useful in terms of cleaning up memory and storage, scanning for malware, and tracking battery consumption. The App Lock feature can be customised according to your preferences. There's also a Blocklist feature, Second Space for privacy, and Dual Apps so you can use multiple accounts on the same device. 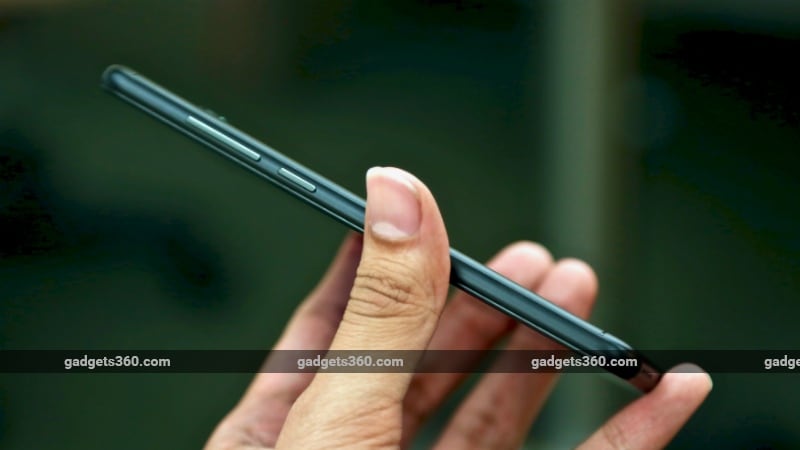 The 3300mAh battery powers everything from under the hood. MIUI has a Sleep Mode that is claimed to conserve battery life significantly by closing background apps; restricting NFC, Bluetooth, GPS, mobile data, and Wi-Fi access; and cutting down on notifications.

Stay tuned to Gadgets 360 for our extensive review of the Xiaomi Redmi 5, in which we will test the phone's cameras, performance, software, battery life, and value for money.

Is Xiaomi Redmi 5 the most value-for-money smartphone in India? We discussed that on Orbital, our weekly technology podcast, which you can subscribe to via Apple Podcasts or RSS, download the episode, or just hit the play button below.

Redmi 5 First Impressions: Yet Another Winner for Xiaomi?
Comment