While we're pretty much done with all the major flagship smartphone announcements for 2019, the mid-range and budget segments continue see new phone launches in the lead-up to the next big holiday season in December. After its recent debut in China, Realme has brought the Realme X2 Pro to India. This is the company's first phone with a ‘true' flagship processor, the Qualcomm Snapdragon 855+, which makes it its most premium offering yet.

So far, Realme has established a comfort zone in the sub-Rs. 20,000 segment, but with the Realme X2 Pro, it's stepping into the premium segment, where brands such as OnePlus and Asus have dominated for a while. The Realme X2 Pro looks impressive on paper, featuring things such as vapour cooling, a tactile linear motor for haptic feedback, stereo speakers, a 90Hz display, and extremely fast charging. We've been using the Realme X2 Pro for a few days, and here's what we think about it so far.

The Realme X2 Pro is easily distinguishable from the rest of the company's lineup thanks to the centre-mounted camera strip and the new position of the Realme logo at the back. This phone is available in a slightly different colour than what we've see before, called Neptune Blue, though you could also pick the more familiar Lunar White option.

Build quality is excellent and the Realme X2 Pro feels very premium. There's Gorilla Glass on the front and back of this phone. As for the new placement of the logo, it did look a little odd at first but we guess it's just a matter of getting used to it. Considering how smartphones look so similar these days, a logo this prominent is sure to stand out, which could be one of the reasons for this design change.

At the front, you get a large 6.5-inch AMOLED display, which Realme refers to as ‘fluid AMOLED.' Sound familiar? That's because, just like the OnePlus 7T (Review), the X2 Pro features a 90Hz refresh rate, a small notch, and slim bezels all around. In fact, the overall design of the front reminds us a lot of the OnePlus 7T, which isn't a big surprise considering that both brands are ultimately part of the same parent company. Unlike OnePlus though, Realme has kept a headphone jack. However, the X2 Pro does not allow for storage expansion, just like OnePlus phones and also the Realme X (Review). 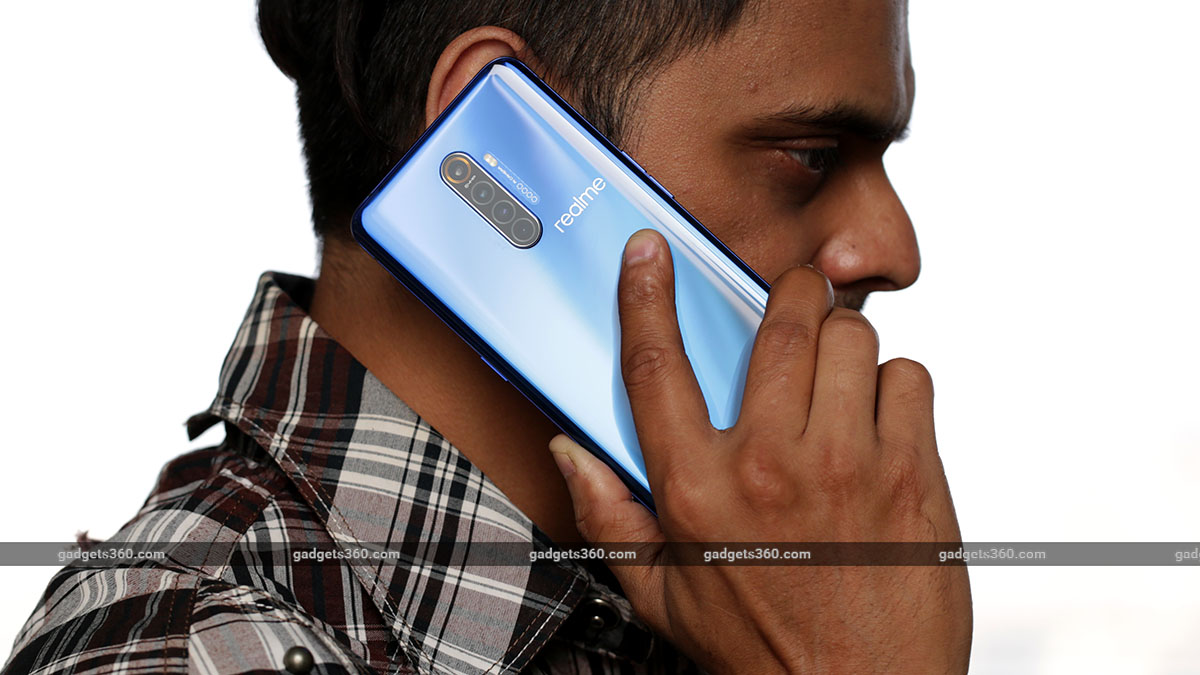 The Realme X2 Pro looks like a premium flagship

Speaking of which, the unit we're testing features 128GB of storage and 8GB of RAM (Rs. 29,999), but you can get a higher-end variant with 256GB of storage and 12GB of RAM (Rs. 33,999). As we stated earlier, the Realme X2 Pro is powered by the Qualcomm Snapdragon 855+ SoC, which means you can expect apps and games to run very smoothly. Realme is also using the UFS 3.0 standard for its flash storage, which is not often found at this price level. In our brief time with the Realme X2 Pro, we did notice that the sides and the rear (near the camera module) of the phone got quite hot when running a few benchmarks, however we'll have to test it a bit more to see if it shows the same trait while gaming.

One of the things we noticed in ColorOS on this phone is a dark mode. This is currenlty listed as a ‘labs' feature, but so far, it seems to work pretty well. Not only does it add a dark skin to Android's menus but you can also choose which third-party apps it affects. We'll have to dig a bit further to see what other visual and functional tweaks Realme has added, so be sure to check out our full review of the Realme X2 Pro very soon.

We've only been using this phone for a couple of days now, and so far, the Realme X2 Pro has been pretty comfortable to use. It's a bit on the larger side and a tad heavy at just under 200g, but these things aren't too noticeable after a day or so. The glass back is prone to picking up smudges and fingerprints but you could use the bundled case to avoid this. We found the buttons on either side to be placed ergonomically.

In terms of battery life, the X2 Pro has a 4000mAh capacity. One of its biggest selling points is that you get a 50W Super VOOC charger in the box, which Realme claims should be able to fully charge the battery from zero in only 35 minutes. This sounds very impressive, and we'll definitely be putting it to the test soon. The good news is that the Realme X2 Pro also supports more common fast charging standards such as Qualcomm's Quick Charge and USB Type-C Power Delivery (PD) so you'll still be able to quickly top up the battery, even without the bundled charger.

A premium smartphone wouldn't be complete without a robust set of cameras, and the X2 Pro checks these boxes too. It borrows the 64-megapixel primary sensor from the Realme XT (Review), which has already proven to be very good for stills. Realme has ditched a dedicated 2-megapixel macro camera in favour of a 13-megapixel telephoto camera, which was a wise choice if you ask us. Super macro duties are now carried out by the 8-megapixel wide-angle sensor, which gets autofocus and can also be used to record video. There's an ‘Ultra Steady' stabilisation mode for video too, which we're eager to test. Finally, there's a 2-megapixel depth sensor to help with portrait shots.

Some of the preliminary samples we shot showed a lot of promise. Images seemed to pack in very good detail with good colour saturation. Low-light shots looked sharp and relatively noise-free. Realme has expanded its Nightscape shooting mode too, and it now works with the 16-megapixel selfie camera. There's quite a bit to unpack here, so be sure to check our full review for in-depth analysis of the Realme X2 Pro's cameras. 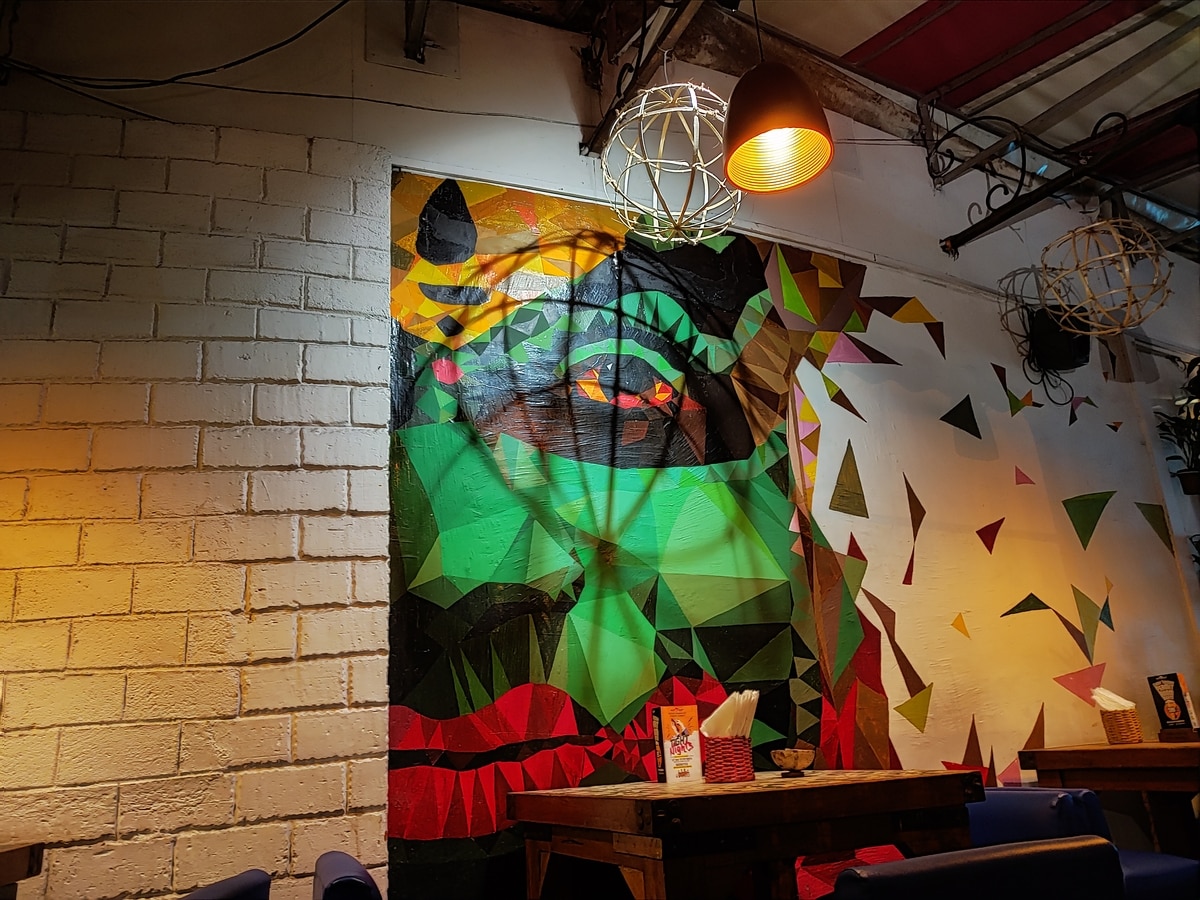 The Realme X2 Pro offers a lot of features for a starting price of Rs. 29,999. It should give stiff competition to the Redmi K20 Pro (Review), which is also in the same ball-park price range. What's more interesting is that this phone will also indirectly compete with its cousin, the OnePlus 7T. Its feature set is very similar, and if you can live without OxygenOS, the X2 Pro could very well be a "budget" alternative to the 7T.

We'll know for sure once we're done testing the Realme X2 Pro thoroughly, so don't forget to keep a look out for the full review, coming very soon.

Further reading: Realme, Realme X2 Pro, Realme X2 Pro price, Realme X2 Pro price in India, Realme X2 Pro specifications
Roydon Cerejo Email Roydon
Roydon Cerejo writes about smartphones and laptops for Gadgets 360, out of Mumbai. He is the Deputy Editor (Reviews) at Gadgets 360. He has frequently written about the smartphone and PC industry and also has an interest in photography. With over a decade of experience covering the consumer technology space, he is also an avid sci-fi movie and TV show geek and is always up for good horror flick. Roydon is available at roydon@gadgets360.com, so please send in your leads and tips. More
Jio Says Will Raise Mobile Tariffs in a Few Weeks, Joins Airtel and Vodafone Idea
Google Assistant Gets 'Your News Update' Feature to Read Out Personalised News Feed

product We take a first look at the Realme X2 Pro — the company’s most high-end smartphone so far in India.