Launching a sub-Rs. 10,000 smartphone is a tricky affair for any company in India. Pricing is hyper-sensitive in this segment, and getting it wrong even by a few hundred Rupees could have an impact on sales. Realme is no stranger to this market, as it has long had it's C-series of smartphones catering to price-conscious buyers. The last few models, namely the Realme C12 and Realme C15, weren't very memorable in my opinion, but now Realme hopes to change that with a new family.

Realme has just launched the Realme C25, Realme C21, and the Realme C20 — all priced starting under Rs. 10,000. I've had the chance to get my hands on the C25 and C21, and today, I'll be giving you my first impressions of these smartphones. We'll also talk about the C20, which on paper, is a toned-down version of the C21.

We begin with the most interesting phone of the trio, the Realme C25. Pitched as the successor to the Realme C15, which was only really known for its stellar battery life and not much else, the C25 has some much-needed upgrades. It has the same 6,000mAh battery capacity and 18W fast charging as its predecessor, but Realme has upgraded to a USB Type-C port. The second big change is the MediaTek Helio G70 SoC, which should provide a much-needed boost to system and gaming performance.

The overall design of Realme C25, and for that matter the other new models, hasn't changed much. There's a new variation of the geometric pattern on the back, and some new colour names, but overall it's very similar to the previous lineup. The C25 feels sturdy in the hand despite the all-plastic body, and it is noticeably heavier (209g) and thicker (9.6mm) than the C21. You get a rear-mounted fingerprint sensor, a triple-slot SIM tray, and three rear cameras.

Interestingly, the Realme C25 is the only one of the three new models to run Realme UI 2.0 (Android 11) out of the box, while the C21 and C20 are still running Android 10. Eagle-eyed viewers might have already noticed a missing fourth rear camera on the C25, compared to the C15. Realme has dropped the ultra-wide angle camera, which might seem like a bad decision in terms of appealing to buyers, but given how poorly that camera performed on the C15, it's probably not going to be missed. You still get a 13-megapixel main camera, a 2-megapixel macro camera, and a 2-megapixel monochrome camera. There's an 8-megapixel camera up front for selfies. 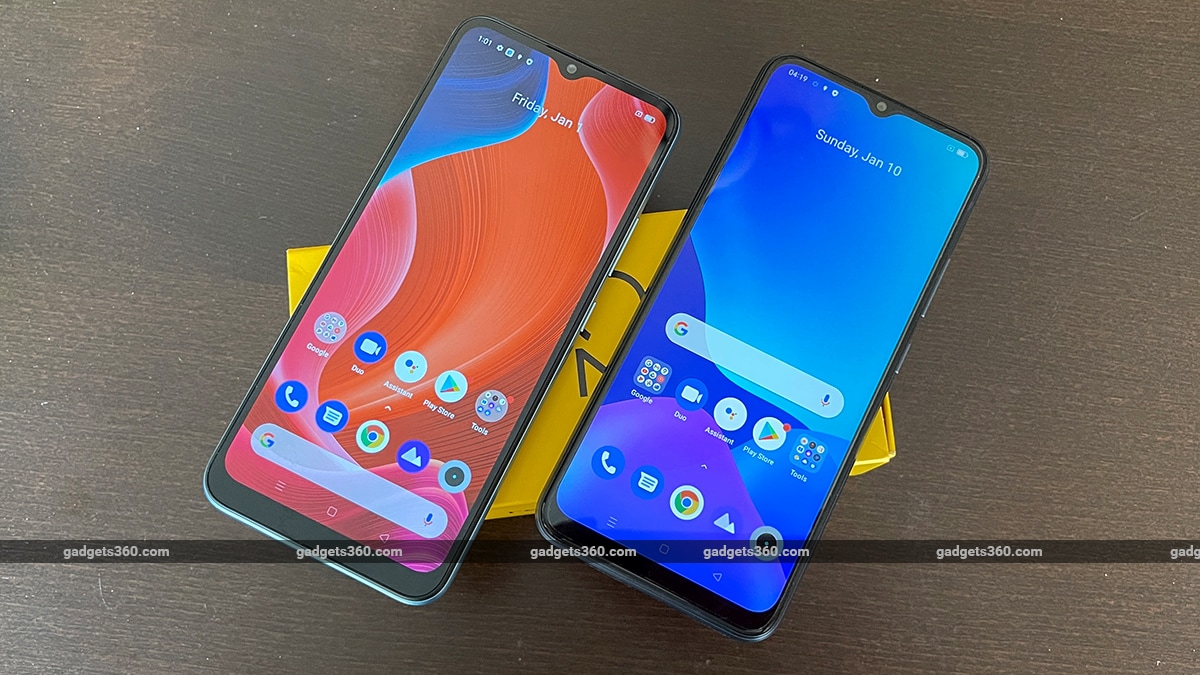 The Realme C25's biggest strength seems to be the upgraded SoC, which should help fix the poor performance of the C15. The other features are more or less the same as what we saw in the previous model, with some slight improvements.

We now come to the Realme C21, which isn't a direct successor to any specific phone but is meant to complement the lineup, filling some of the existing price gaps. It's essentially a Realme C12 with a smaller battery (5,000mAh vs 6,000mAh) and a slightly different pattern on the back. Some of the highlights here include the TÜV Rheinland display certification, a triple-card SIM tray, a rear fingerprint sensor, and three rear cameras similar to the C25. 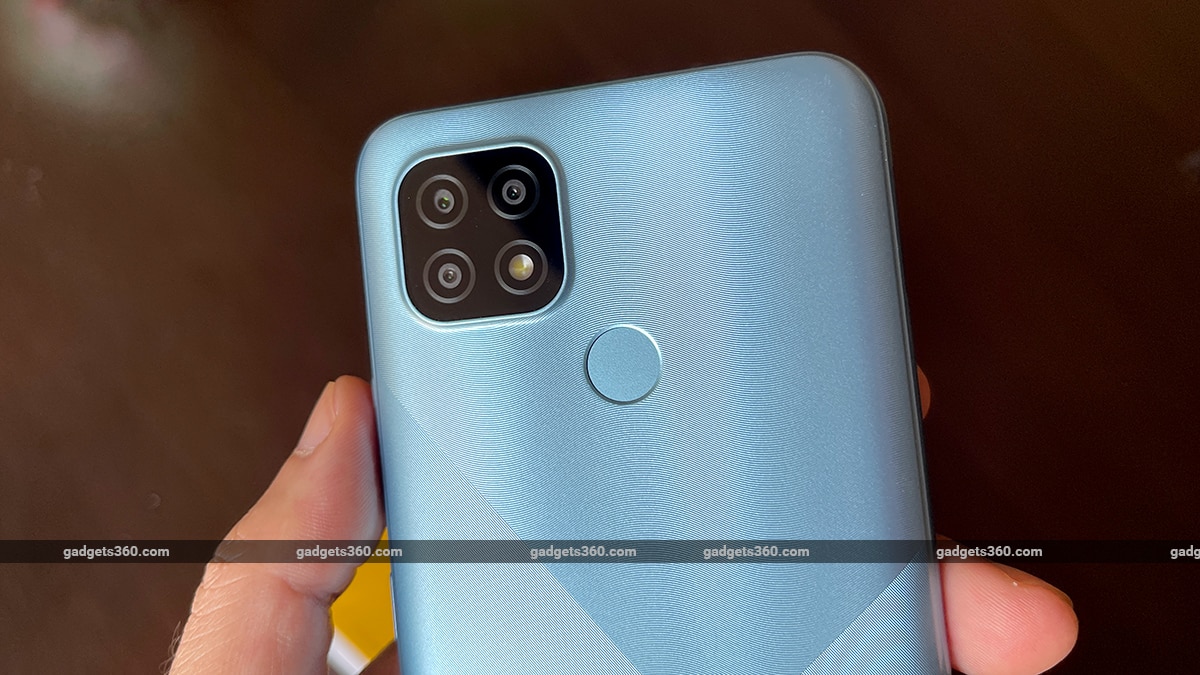 The Realme C21 has a triple rear camera setup, similar to the Realme C25

The Realme C20, which I don't have with me, is essentially identical to the C21 except that there's no display certification, no fingerprint sensor, and only a single 8-megapixel rear camera. It's only available with 2GB of RAM and 32GB of storage, and is priced at Rs. 6,999. Think of it as a refreshed Realme C11.

Realme's new C-series offerings aren't exactly game-changers for this segment, but more like complementary additions to its existing budget portfolio. The Realme C25 is possibly the most interesting of the lot, while the others are price-gap fillers more than anything else. In any case, we will be testing the Realme C25 and Realme C21, so check for the full reviews of these new phones, coming up soon.