According to Oppo, its new Realme sub-brand has been conceived with the Indian youth in mind. Realme smartphones will be sold exclusively online (and only via Amazon India as of now) and will be priced between Rs. 10,000 and Rs. 20,000. With the new Realme 1, Oppo plans to take on Xiaomi's might in the budget smartphone segment.

The Realme 1 starts at just Rs. 8,990 and has an 18:9 display, up to 6GB of RAM, a fibreglass body with a unique design, and Android 8.1 Oreo out of the box. The phone seems to have been designed specifically to be a Redmi Note 5 Pro killer, and Oppo's marketing makes that very apparent. Does the Realme 1 have what it takes to stand out in the brutally competitive budget smartphone market? Let's find out.

The Realme 1 has a fibreglass body with a glossy diamond-cut effect on the back. Oppo says that there are 15 tangent planes carved onto the back panel to reflect light in different ways and make the smartphone "look like a diamond". While the design is definitely unique and snazzy, it might come across as a bit ostentatious and gaudy to some. One problem with the fibreglass material is that it gets smudged with fingerprints extremely easily.

Thanks to the impressive 84.75 percent screen-to-body ratio, the Realme 1 is very compact and pocketable.The screen is not exactly borderless but the front of this phone does look sleek and modern. Despite the frame being made of plastic, the build quality is top-notch. We dropped the Realme 1 numerous time during our review period and it did not suffer any significant damage. 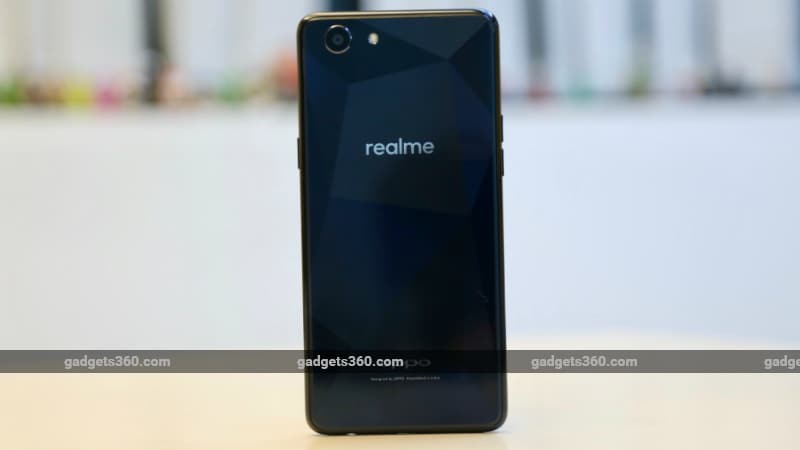 The rear camera module on the Realme 1 barely protrudes from the chassis. The left of the smartphone has the volume rocker which is ergonomically placed and easy to use. The power button and the SIM tray are on the right. While many models in this price range have hybrid dual-SIM trays, the Realme 1 has dedicated slots for two Nano-SIMs and a microSD card.

A fingerprint sensor is conspicuous by its absence. Instead, the Realme 1 relies on facial recognition for security, plus of course the usual passcode options. Face recognition works quite well for the most part, but struggles in direct sunlight and when lighting is not favourable. The setup process is also a bit slow, and not the most intuitive.

The Realme 1 has extremely impressive specifications for the price. It's powered by the octa-core MediaTek Helio P60 processor clocked at 2.0GHz. This makes it not only a competitor to the Redmi 5, but also to the much more expensive Redmi Note 5 Pro. MediaTek's flagship processor is fabricated using a 12nm process and features NeuroPilot AI technology which can handle deep learning for facial detection as well photo and video enhancement. 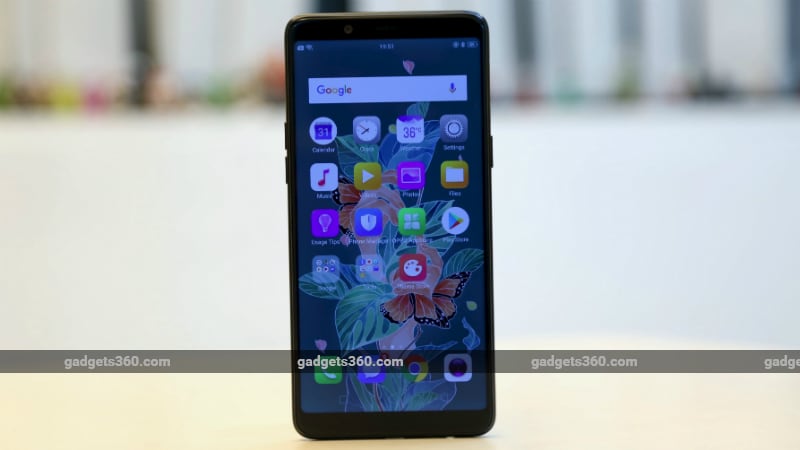 The Realme 1 features a 6-inch full-HD+ (1080x2160 pixels) display with an aspect ratio of 18:9. The display is very reflective and viewing angles are disappointing. That said, colours are vibrant and the screen is bright enough for outdoor use. We're glad to see that there's no notch, which has quickly become a highly polarising trend.

The Realme 1 has a non-removable 3410mAh battery and runs Color OS 5.0 on top of Android 8.1 Oreo. Connectivity options include dual 4G VoLTE, Wi-Fi 802.11ac, Bluetooth 4.2, and a 3.5mm headphone jack. You also get FM radio and GPS/ A-GPS. At a time when the industry is moving towards USB Type-C, this smartphone uses the age-old Micro-USB port for charging and data transfers. The phone supports dual standby for VoLTE.

During our review period, the 6GB RAM variant of the smartphone handled everything we threw at it with aplomb - from basic day-to-day tasks such as taking pictures, browsing the Web, using social media applications, and watching videos, to intensive workloads like recording videos in full-HD. It even handled both casual games like Subway Surfers and heavy titles like Asphalt 8 without any dropped frames or stutters. The Realme 1 did not get too warm when when pushed.

Other benchmark scores were equally impressive. The Realme 1 managed 38fps in GFXbench T-Rex, and12fps in the more demanding GFX Bench Manhattan 3.1 graphics tests. It also gave us scores of 8,009 in PC Mark Work 2.0, and 1,513 and 5,795 respectively in Geekbench's single- and multi-core tests. You can see how that compares with Snapdragon 636-powered phones like Redmi Note 5 Pro and ZenFone Max Pro M1. 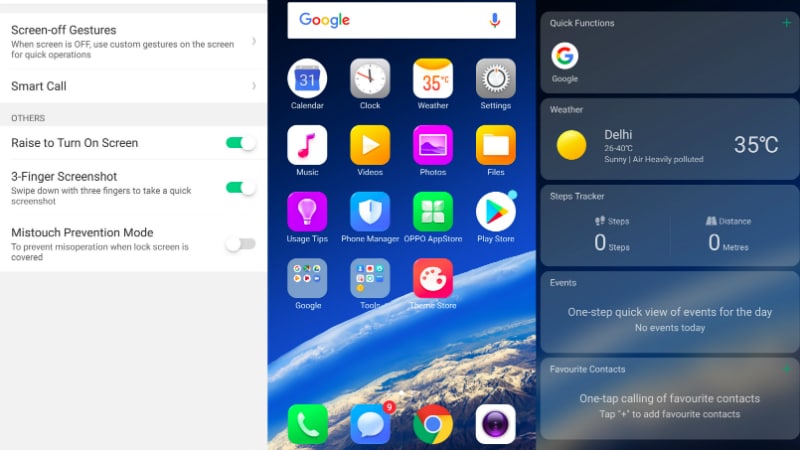 The Realme 1 runs Oppo's highly modified Color OS 5.0 on top of Android 8.1 Oreo. While animations are snappy and the interface is fluid, it is extremely cluttered and in dire need of simplification. The Settings app and quick launch panel in particular are quite hard to navigate around.

There is no app drawer, and the Google Now panel has been replaced by a custom screen that displays the weather, steps taken, favourite contacts, and recent events. On a positive note, third-party bloat is minimal. There are also a host of nifty features, such as dual apps, a three-finger screenshot shortcut, a theming app, and lockscreen gestures. There is no information as of now regarding plans for an Android P update.

Battery life is quite impressive. In our HD video loop battery test, the smartphone lasted 11 hours and 30 minutes. In terms of real-world performance, we never found ourselves reaching for the charger before midnight after having used the phone quite heavily all day. The Realme 1 does not support quick charging though, and a full charge takes around 2.5 to 3 hours, which is average at best.

On the imaging front, the Realme 1 has a 13-megapixel rear camera with a single-LED flash, and an 8-megapixel front camera. The company claims that it can recognise 296 facial points, and that artificial intelligence features are baked in.

The iOS-like camera app is easy to use and offers a wide variety of modes such as Panorama, Time-lapse, and AR sticker. There is a fully featured Pro mode as well, which allows you to alter the shutter speed, ISO, exposure, aperture, and white balance. 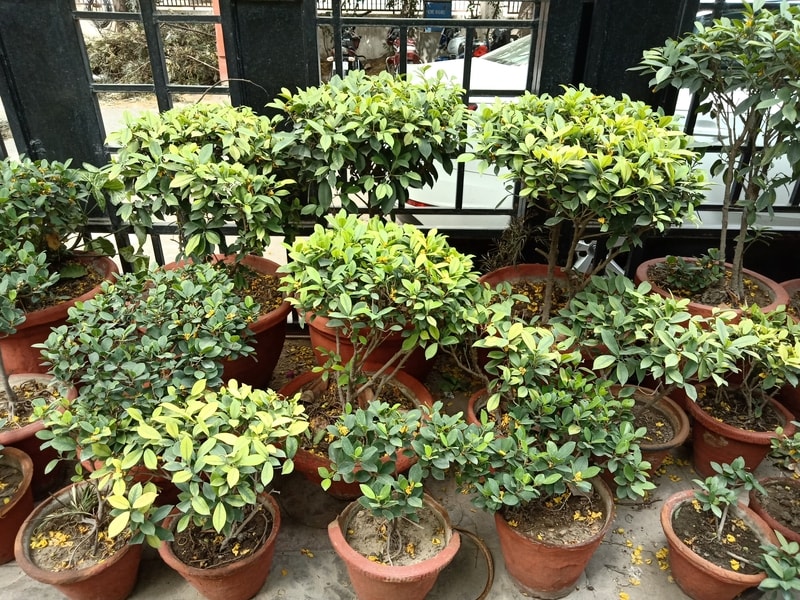 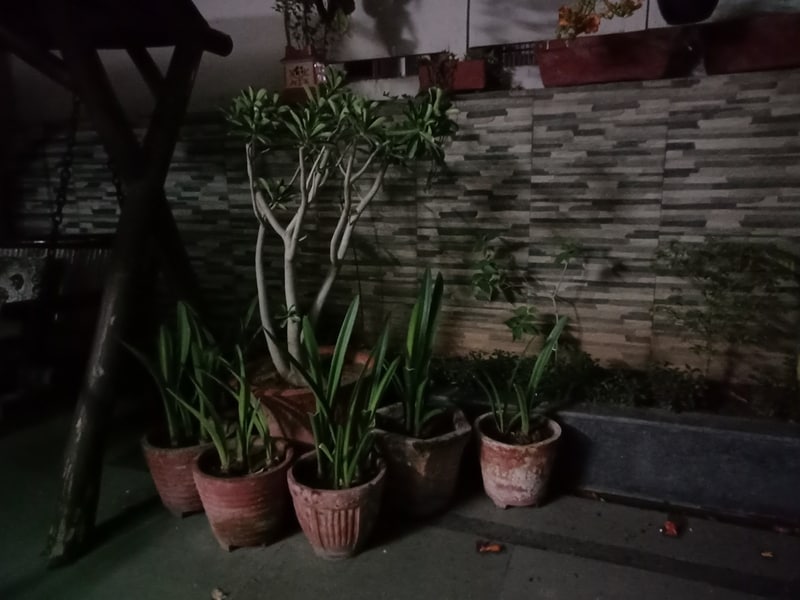 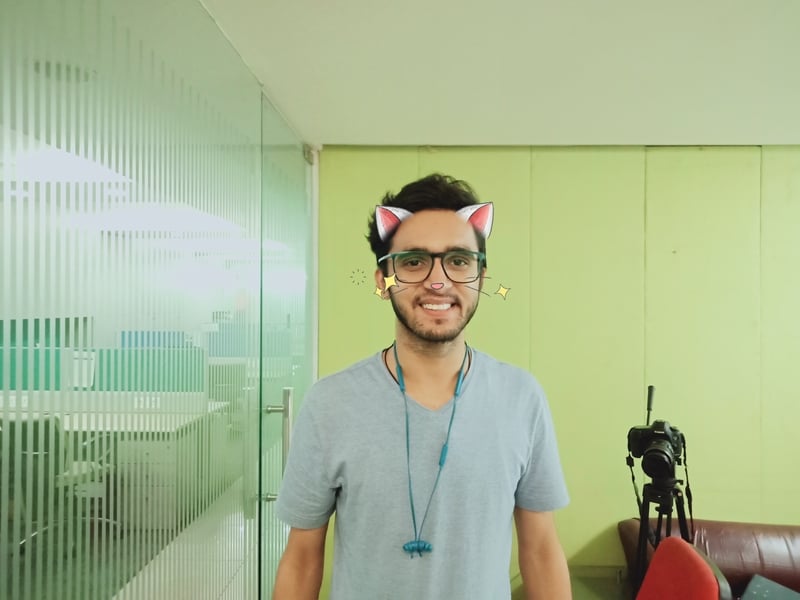 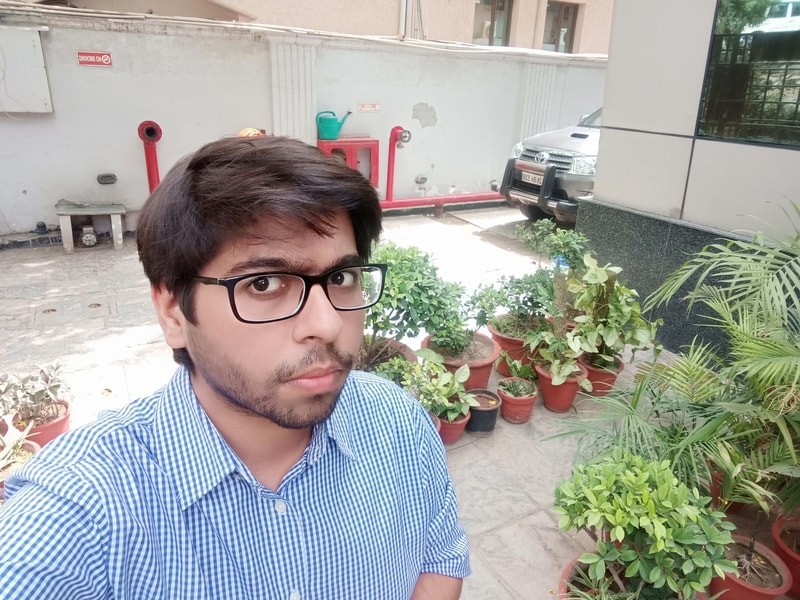 Both the rear and front camera are capable of capturing bokeh shots using software algorithms. The resultant images are nothing to write home about, with poor edge detection and details.

The 13-megapixel rear camera features AI-based scene recognition which allows it to optimise settings for different scenes and objects in real-time. It pulls in a decent amount of detail but images look slightly dull. The sensor has poor dynamic range and struggles with detail and auto-focus in low light. Video recording maxes out at 1080p for both the front and rear cameras. Videos are good enough for social media use but lack detail and are not stabilised.

AR stickers are implemented quite well, and are a fun and quirky way to impress friends. There are 14 stickers to choose from, and the feature can be used with both the front as well as the rear camera. 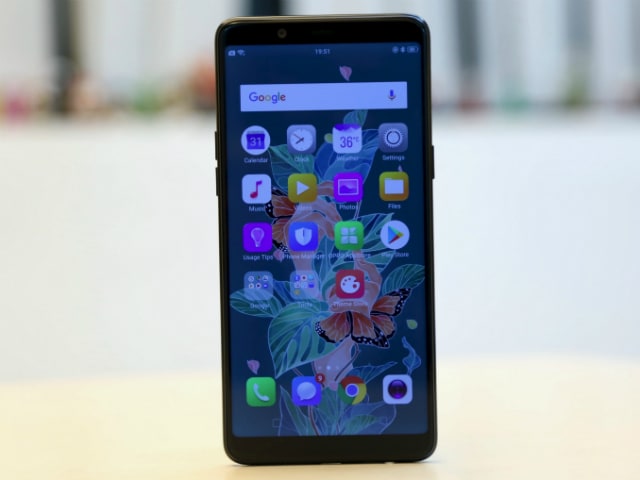 Verdict
The Realme 1 features a unique design - which not everyone may appreciate - superb performance (on the 6GB RAM variant we reviewed), good battery life, a dedicated microSD card slot, and a decent display. The lack of a fingerprint sensor, the cluttered software, and the average cameras however prevent the Realme 1 from becoming the absolute best on offer in this segment.

Having said that, the variants with 3GB and 4GB of RAM, which are priced at Rs. 8,999 and Rs. 10,999 respectively, offer stunning value for money and are sure to give Xiaomi a few sleepless nights, though we haven't had the chance to test them, so we wouldn't give them a whole-hearted recommendation.

Oppo is positioning the Realme brand as a Xiaomi killer, and if the Realme 1 is anything to go by, Xiaomi has some intense competition to look forward to in the coming months. While Oppo claims that this smartphone will not be sold via flash sales, there's no way to know how many units the company will have in stock when the device first becomes available. Demand is sure to be high, and we wouldn't be surprised if it goes out of stock very quickly.

Is Oppo Realme 1 better than Redmi Note 5 Pro, Zenfone Max Pro M1? We discussed that on Orbital, our weekly technology podcast, which you can subscribe to via Apple Podcasts or RSS, download the episode, or just hit the play button below.