The Poco M3 is the latest smartphone from Poco to hit the Indian market. The company has positioned it in the sub-Rs.15,000 price segment to compete with the likes of the Redmi 9 Power and the Moto G9 Power. It is the successor to the Poco M2, and has some improvements in the form of a bigger battery, more RAM, and upgraded cameras. Will this be enough to make it better than the competition? Check out our full review to find out.

The Poco M3 is roughly the same size as the Poco M2. You get a 6.53-inch display with a dewdrop notch at the top. The bezels are thick all around but this is acceptable given the price of the smartphone. Poco has used a plastic body for the M3, and it feels solid enough. The back panel has a textured finish which helps keep fingerprints off it, and helps when gripping the smartphone.

Poco has bumped up the battery capacity on the M3, and it has a 6,000mAh battery compared to the 5,000mAh one in the Poco M2. As a result the smartphone now weighs 197g, and this is noticeable while you are holding it. Poco has curved the back of the smartphone along the sides which makes it comfortable to hold.

The power and the volume buttons are on the right, and are well-positioned, making them easy to hit. The power button has the fingerprint scanner integrated into it. These buttons also provided good clicky feedback which prevented second guesses. On the left side is the SIM tray, while the 3.5mm audio jack and an IR emitter are on top along with a secondary speaker. The Poco M3 has a USB Type-C port at the bottom of the frame, along with the primary microphone and the speaker. 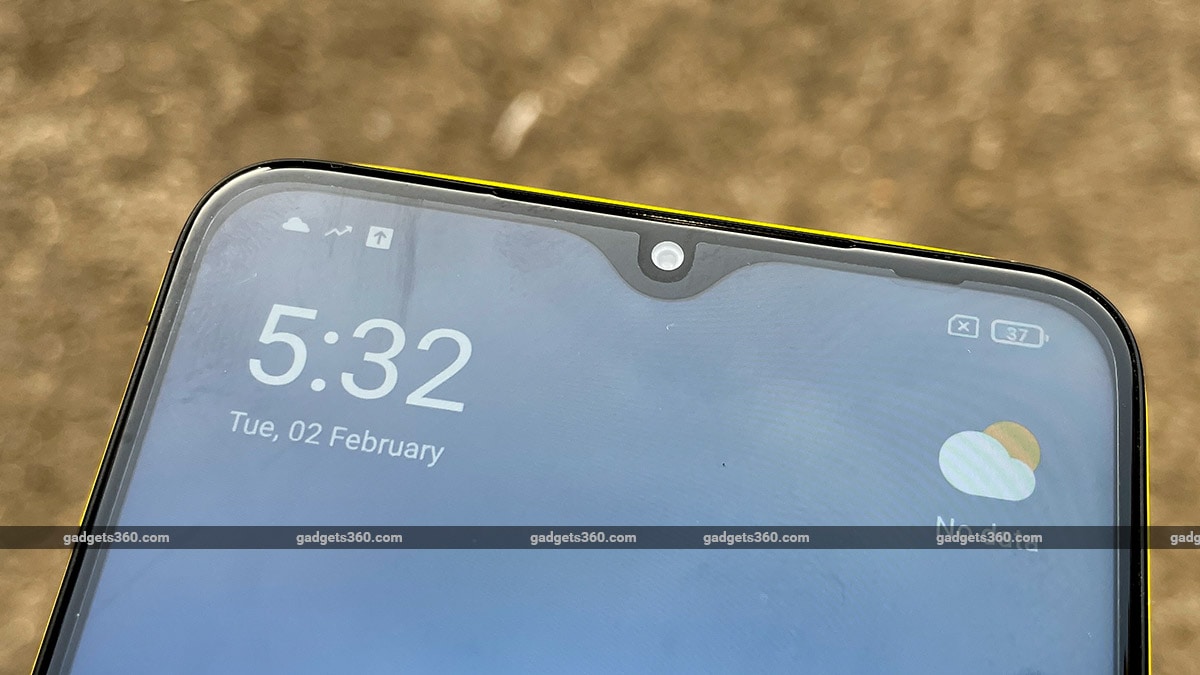 The 8-megpixel selfie camera sits in the dewdrop notch

The back of the Poco M3 is well designed and makes the smartphone look more expensive than it actually is. The raised camera module has a piano black design element around it that across the back of the phone and has a large Poco logo. While this looks good, it's the only spot on the Poco M3 that picks up fingerprints. This also prevents the phone from rocking about too much when lying flat on a table.

You get a 22.5W charger in the box along with a transparent case. Poco also pre-applies a screen protector on the M3. There are three colour choices: Poco Yellow, Cool Blue, and Power Black. I had a Poco Yellow unit for this review, and its bright colour did grab attention.

The Poco M3 is among the few sub-Rs. 12,000 smartphones to sport a full-HD+ display. Most manufacturers offer an HD+ resolution in this price range, with the Xiaomi Redmi 9 Power (Review) being one other exception. The 6.53-inch display on the Poco M3 has a 19.5:9 aspect ratio which makes it tall and narrow. Poco offers Corning Gorilla Glass 3 protection which is a neat touch.

In terms of hardware, the Poco M3 is powered by the Qualcomm Snapdragon 662 processor which is a common choice at this price. It is also seen powering the Redmi 9 Power and the Moto G9 Power. You get 6GB of LPDDR4X RAM on the M3, paired with either 64GB of UFS 2.1 storage or 12GB of UFS 2.2 storage. I had the base variant with 64GB of storage, which is priced at Rs. 10,999, for this review. The higher variant is priced at Rs. 11,999. It is a little odd that the storage variants have two different standards. Given the small price difference between the two, there is very little incentive to choose the base variant. Storage is expandable by up to 512GB using the dedicated microSD card slot. In terms of connectivity, the Poco M3 gets Bluetooth 5, dual-band Wi-Fi, dual 4G, and five navigation systems. 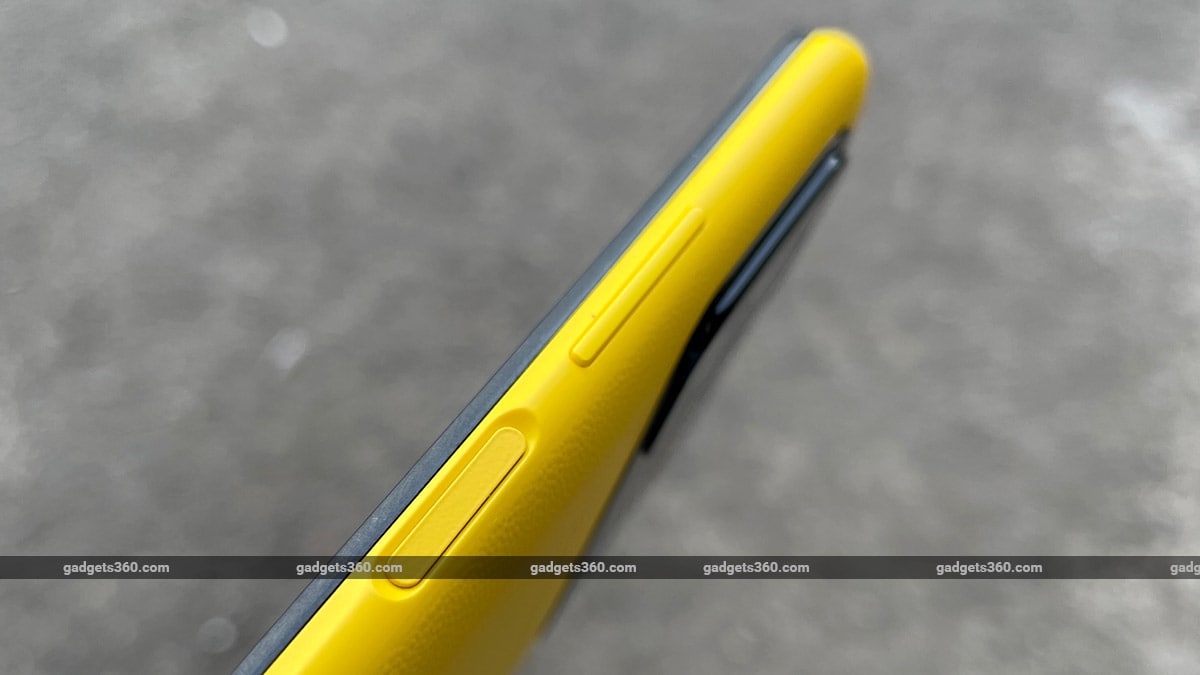 You get MIUI 12 on top of Android 10 on the Poco M3. The UI is very similar to MIUI on Xiaomi devices, with a few subtle changes. This smartphone was running the December Android security patch which is recent enough. The Poco M3 is supposed to be free of ads in the UI, unlike its Redmi cousins, and I did not notice any during the review period. There were also no spammy notifications, which tips the scales in favour of Poco over Xiaomi. However, you still get a fair number of preinstalled apps on the Poco M3 such as Facebook, GetApps, Netflix, LinkedIn, Mi Credit, Mi Pay, and a few games. I could uninstall all of these except Mi Pay.

If you have used a Poco or a Xiaomi smartphone in the past, the UI will feel very familiar. Even if you are switching from a different device, you wouldn't face any major issues here. The Poco M3 uses the three navigation buttons by default, but you can switch to swipe-based navigation very easily. Other gestures such as the three-finger swipe to take a screenshot are also present.

The Poco M3 ran without any complaints for the entire week I was using it. The side-mounted fingerprint scanner is convenient to reach and quick to unlock the smartphone. You do have the option to set up face recognition too, and it worked well. I could multitask between apps easily, and with 6GB of RAM, the phone could juggle between several apps before killing them in the background. The display on the Poco M3 is decent enough to be legible indoors but I found the brightness to be slightly on the lower side when outdoors. While watching videos, the stereo speakers do enhance the overall experience.

I ran the usual benchmark tests to see where the Poco M3 stands compared to the competition. In AnTuTu, the Poco M3 scored 180,594 points, which is in the same range as the Redmi 9 Power. It also managed to score 5883 points in PCMark Work 2.0. In Geekbench 5's single-core and multi-core tests, it scored 312 and 1,340 respectively. The Poco M3 managed 31fps and 12fps in GFXBench's Car Chase and Manhattan 3.1 graphics tests respectively. 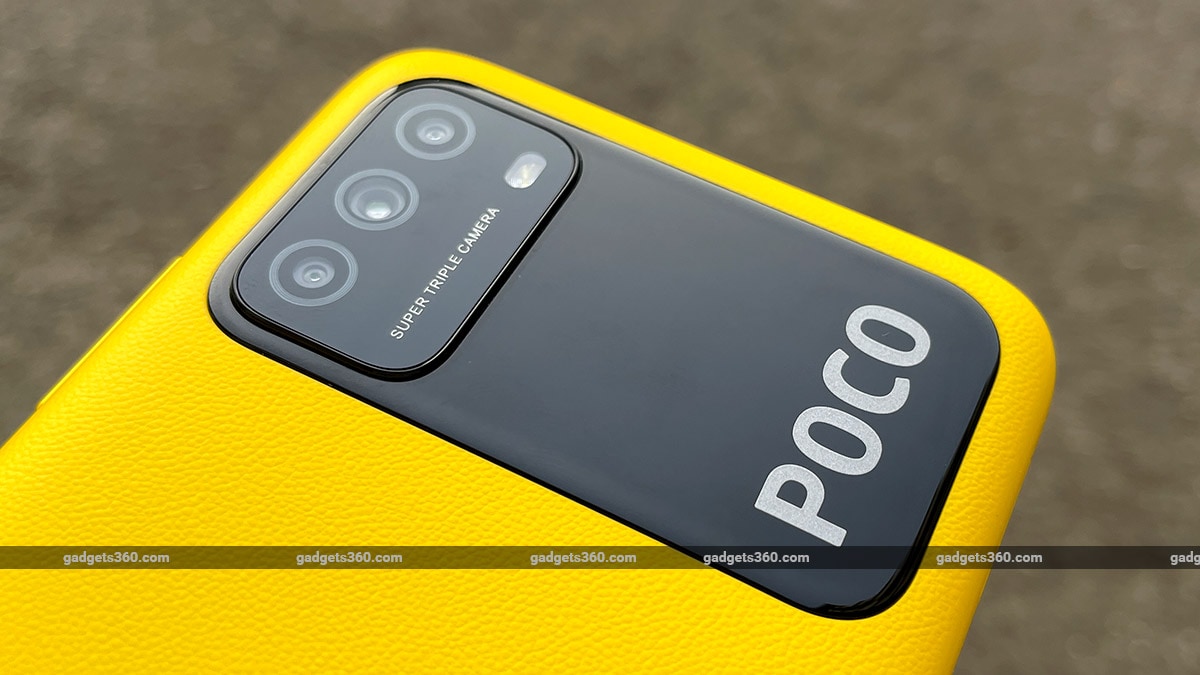 I played Call Of Duty Mobile on the Poco M3, and it defaulted to the High graphics quality and Medium frame rate. The game was playable without any stutter but the rear did get slightly warm around the camera module. I played the game for 10 minutes and noticed a 3 percent battery drop. The battery drain is slightly on the higher side, but given the big battery, you should be able to play for quite some time before needing to charge the phone.

With my usage, the Poco M3 could easily last over a day and a half. In our HD video loop test, the phone went on for about 16 hours. Charging the M3 using the supplied charger got it to 28 percent in 30 minutes and 54 percent in an hour. Charging the phone fully took over 2 hours.

The Poco M3 sports a triple camera setup at the back consisting of a 48-megapixel primary camera, a 2-megapixel macro camera, and a 2-megapixel depth sensor. For selfies, it has an 8-megapixel shooter in the dewdrop notch. The camera app is simple and easy to use. All the settings are well laid out, but you still need to go into a sub-menu to use the macro camera, something Poco hasn't changed yet. The camera app has AI built in, and when it's enabled, it can recognise what the phone is pointed towards and apply settings accordingly.

Photos taken with the Poco M3 turned out well. In daylight, the phone managed decent shots but I had to set HDR to Auto every time I relaunched the camera app. Objects at a distance had decent detail in brighter areas but the shadows lacked definition. Close-up shots were average, and I had to wait at times for the phone to lock focus. The Poco M3 did manage to separate the subject from the background and apply a soft depth effect. 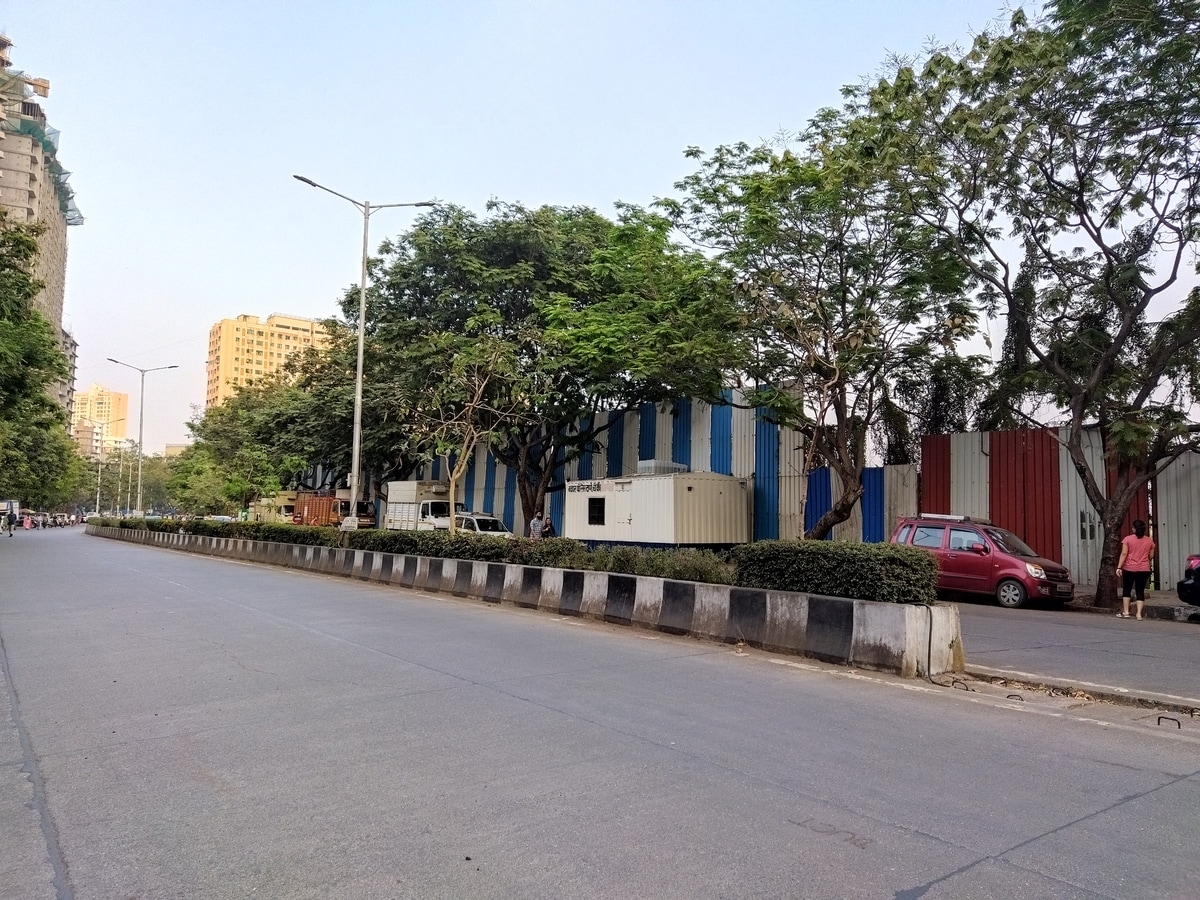 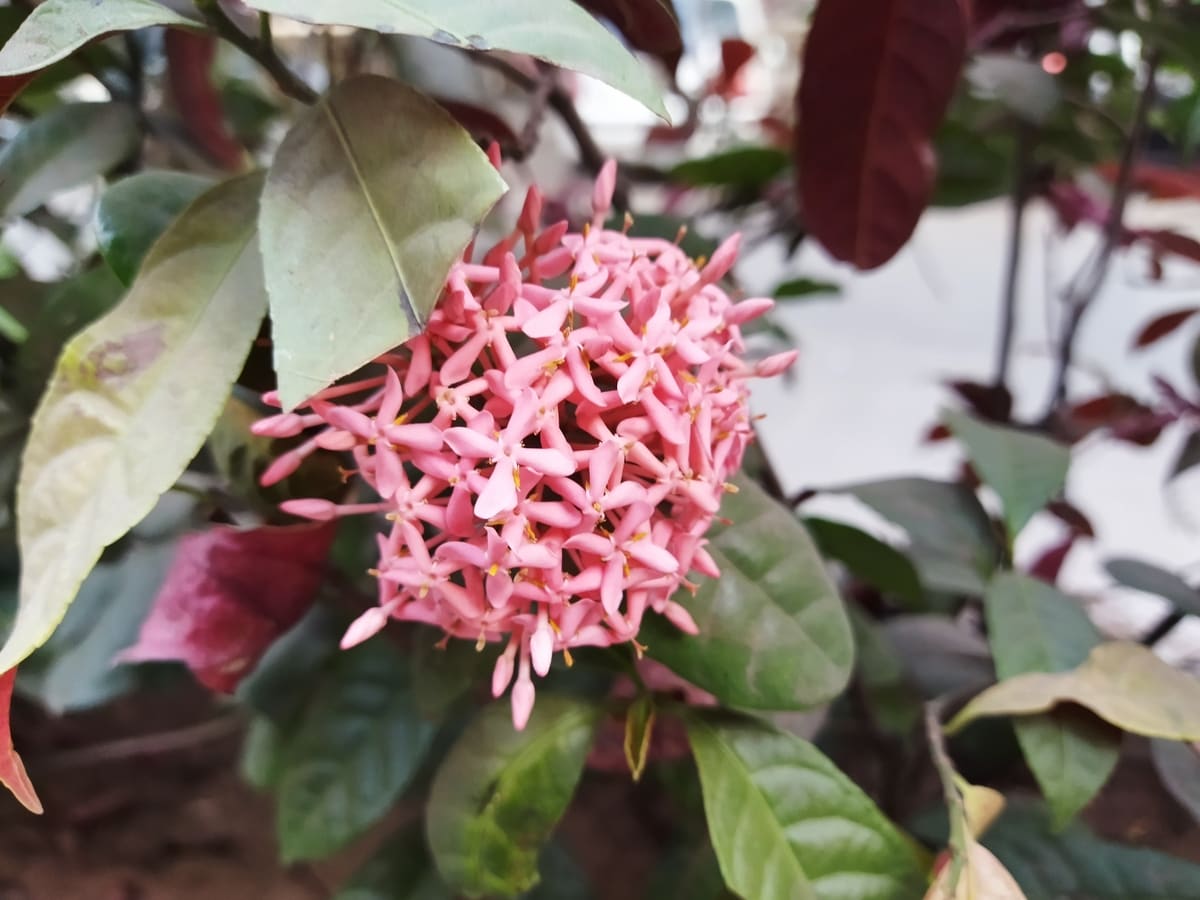 In portrait shots, the Poco M3 managed good edge detection. It is capable of recognising people as well as objects, and it lets you set the level of blur before taking a shot. The Macro camera lets you get closer to the subject compared to the primary camera. The output is of a lower resolution with much lower levels of detail. 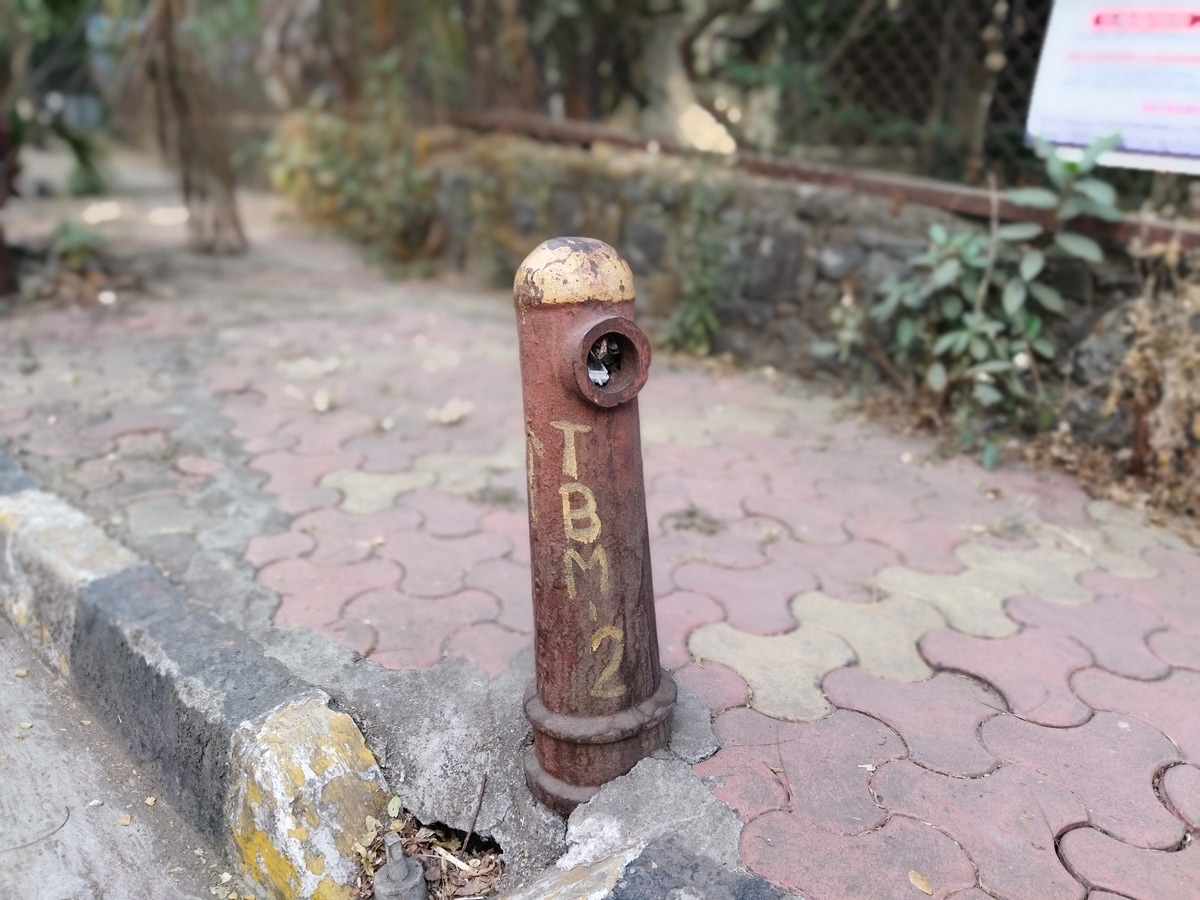 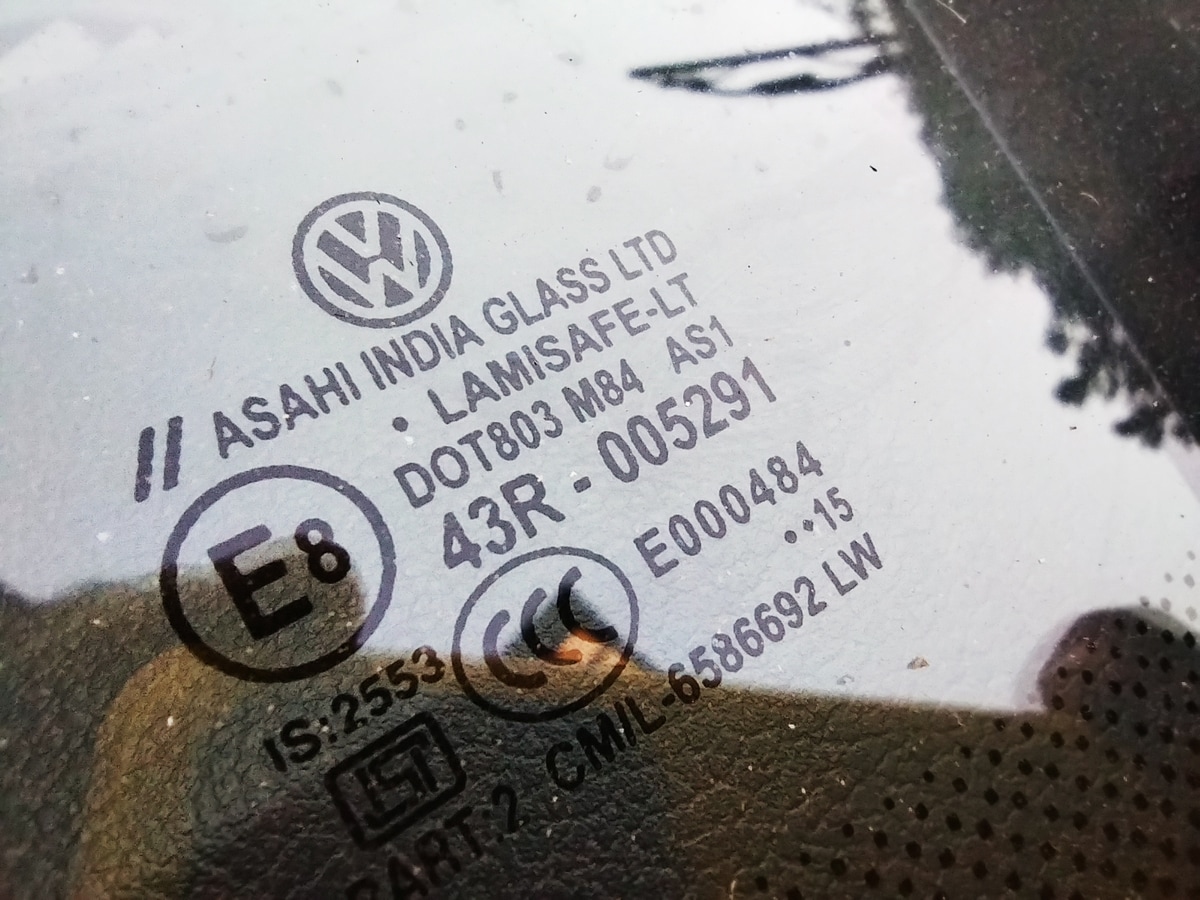 Low-light camera performance was below average and I could see grain in the output. With Night mode enabled, the phone takes about four seconds to capture a shot. The output in Night Mode has better detail and grain is more under control, but it looks oversharpened. 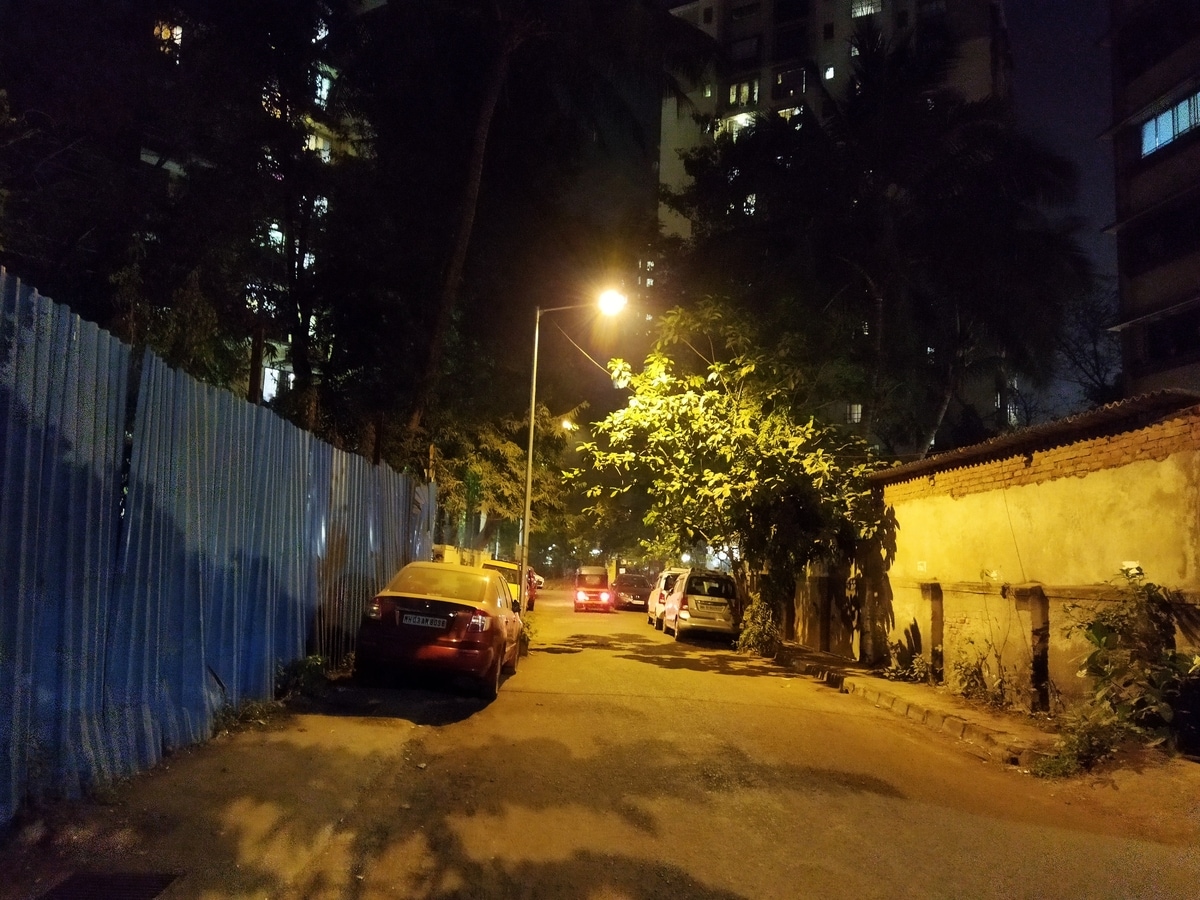 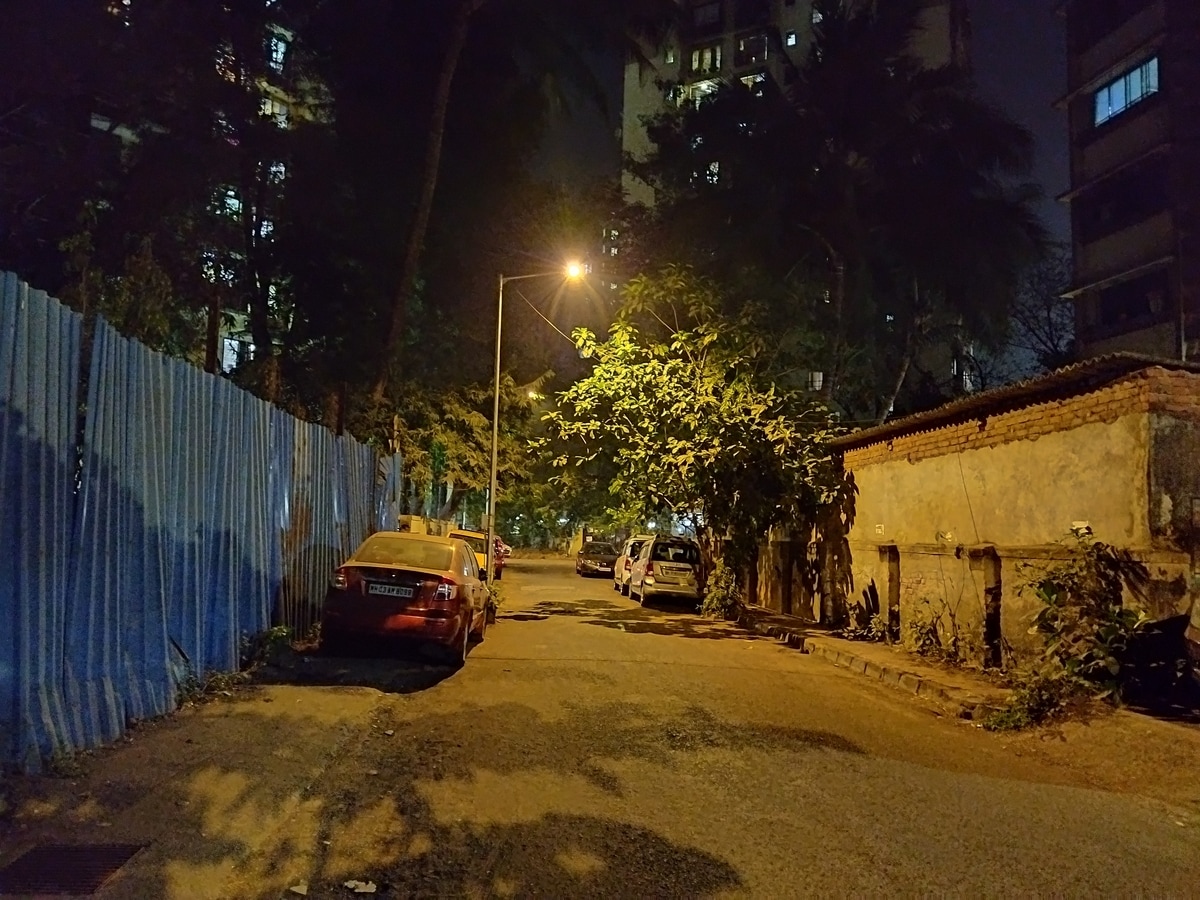 Selfies taken with the Poco M3 were just average and the colour tone was a bit off. You do get the option to take portrait shots, which had good edge detection. Low-light selfies were average as well, and had excessive smoothening applied. 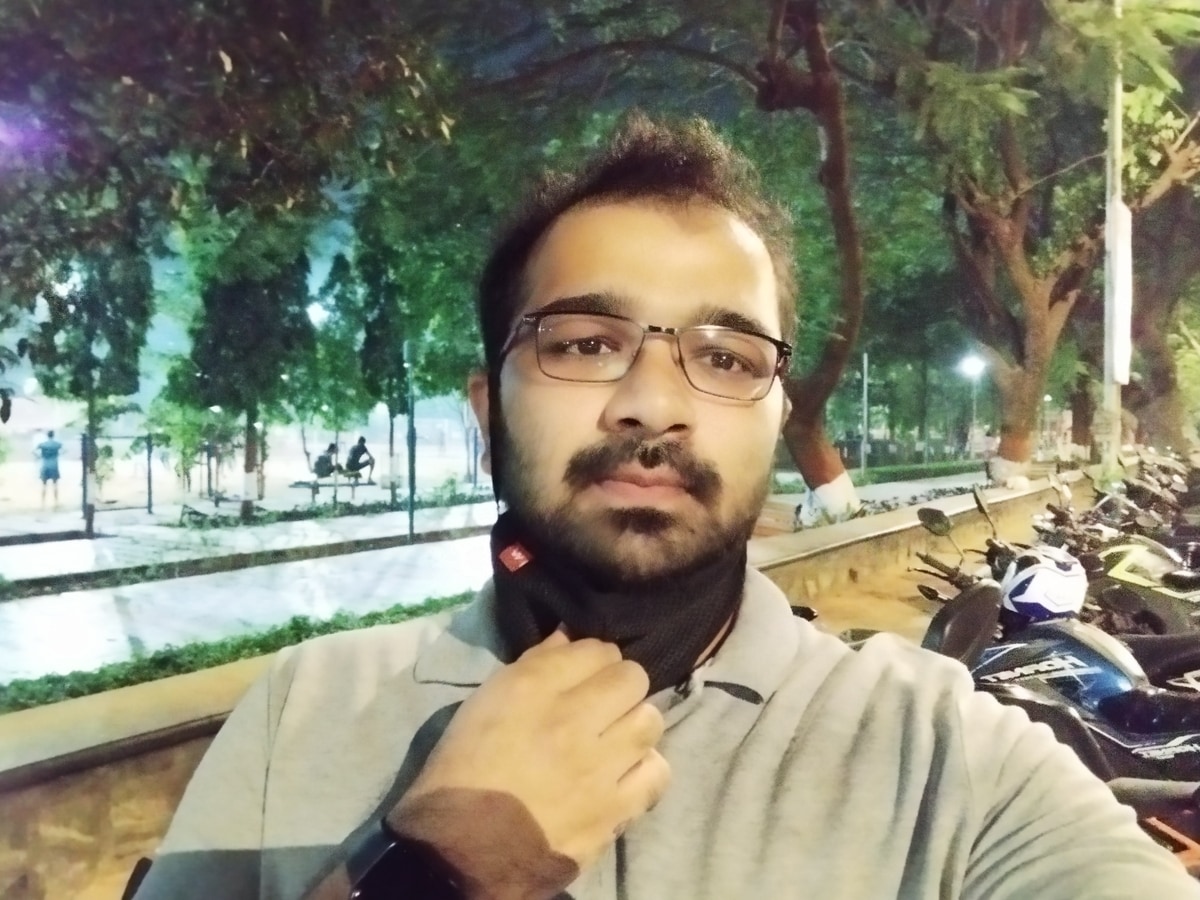 Video recording tops out at 1080p for the primary camera as well as the selfie shooter. There is no stabilisation, resulting in shaky footage.

The Poco M3 is a good-looking smartphone, if that is important to you. It offers a capable processor and 6GB of RAM, and delivers good performance. Gaming and multitasking are comfortable, and the 6,000mAh battery delivers good battery life. On the other hand, camera performance isn't its strongest suit. If you are in the market looking at the Xiaomi Redmi 9 Power (Review), the Poco M3 is roughly the same package with more RAM and without the ads. If you want more alternatives to consider, do check out our list of the best smartphones under Rs. 15,000.

Further reading: Poco, Poco M3, Poco M3 Review, Poco M3 Price in India
Aditya Shenoy Email Aditya
Aditya Shenoy reviews smartphones, wearables, headphones and speakers for Gadgets 360, out of Mumbai. Aditya is a reviewer for Gadgets 360 and has written extensively about smartphones, software updates, and upcoming devices. Aditya is available on Twitter at @adishenoy, and you can mail him at adityashenoy@ndtv.com, so please send in your leads and tips. More
How to Change WhatsApp Phone Number Without Losing Chats
Myanmar Coup: Twitter, Instagram Banned After Facebook and WhatsApp as Protests Spread