Poco F1 price in India starts at Rs. 20,999, making it the most affordable Snapdragon 845-powered device

Poco is a brand new sub-brand created by Xiaomi to cater to the enthusiast crowd. Xiaomi’s Mi series hasn't made as much of an impact in India as the Redmi series, and as a result, we have not seen new Mi models launching here after the Xiaomi Mi 5. With the new Poco brand, Xiaomi is looking to start over with a blank slate, without being burdened by the expectations people have from its other products. The F1 is the first phone from Poco, and it seems to have the essence of a typical Xiaomi phone. It has a powerful processor, the Qualcomm Snapdragon 845 to be precise, plus a Poco themed version of MIUI, and a very aggressive price. With OnePlus and Asus cashing in on the market for mid-range flagships, the Poco F1 by Xiaomi seems to be its answer for that particular segment.

Xiaomi has designed the Poco F1 to be in sync with current trends, so it sports a big 6.18-inch display with an 18.7:9 aspect ratio, Gorilla Glass 3 protection, and a notch at the top. The other thing you will notice immediately is the chin, which is thicker than on most other phones we have reviewed and doesn’t look appealing. It also houses a tiny notification LED that lights up when charging the device. The back of the Poco F1 is made out of polycarbonate and the phone will be available in three different colours - Rosso Red, Steel Blue, and Graphite Black. There’s also a special variant called the Armoured Edition, which has a Kevlar back, and Xiaomi claims to have used real Kevlar in its construction. 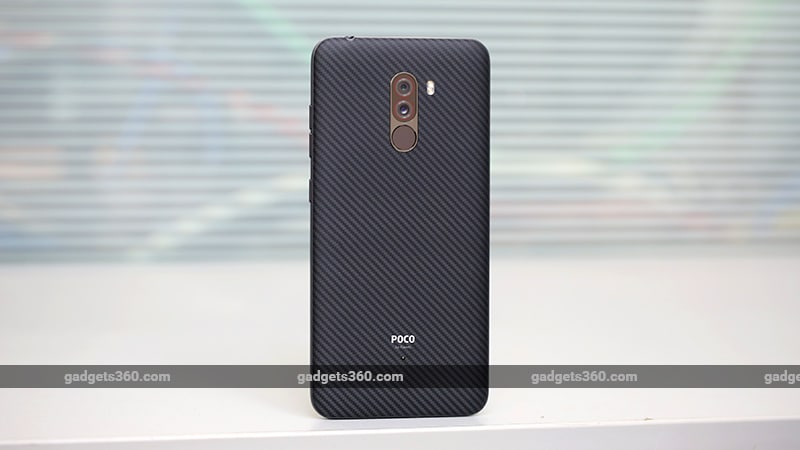 We got our hands on the Armoured Edition and we could feel the texture on the back while running our fingers over it. This variant also has a tiny raised bump just below the Poco logo, which Xiaomi refers to as a “beauty spot”. The company told Gadgets 360 that this is required as part of the manufacturing process when working with Kevlar. The buttons are positioned on the right, with the power button being easy to reach while the volume buttons need a bit of a stretch. On the left, the device has a hybrid dual-SIM tray that can either accept two SIM cards or one SIM and a microSD card at a time.

The Poco F1 has a dual camera setup camera at the back, consisting of a 12-megapixel primary sensor and a 5-megapixel depth sensor, along with a dual-LED flash. The fingerprint scanner is below the camera module, where either of your index fingers will rest naturally while holding the phone. At the front, there’s a 20-megapixel sensor for selfies positioned within the notch, along with an infrared camera and infrared emitter that are used for face recognition. 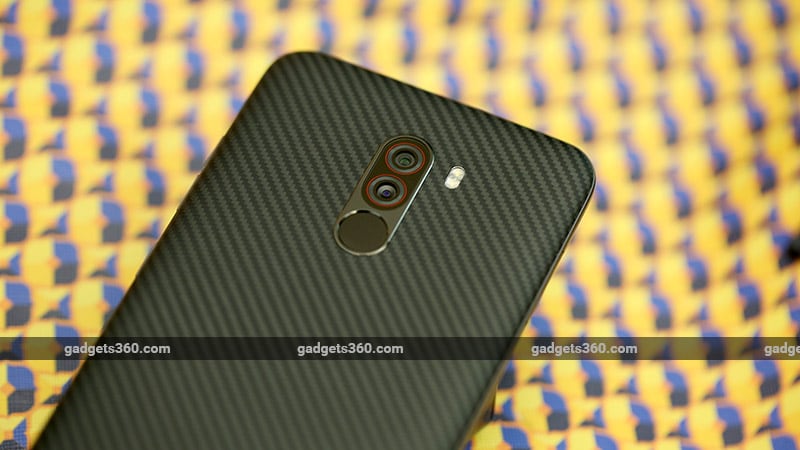 The Poco F1 feels a little heavy in the hand as it packs in a 4000mAh battery. It has a USB Type-C port at the bottom and ships with a Qualcomm Quick Charge 3 certified charger in the box. The F1 allows both SIMs to be on 4G networks and supports carrier aggregation. It also has an FM radio app.

Xiaomi ships the Poco F1 with MIUI 9 on top of Android 8.1 Oreo. Our device was running MIUI 9.6 with a custom Poco theme. Xiaomi has mentioned that the device will be updated to MIUI 10 soon after it becomes available and an update to Android P in Q4 2018. The new Poco on the Xiaomi Poco F1 theme feels like a bridge between MIUI and stock Android. It has an app drawer, which is different from the MIUI approach, and the notification shade seems to have been modified to look more like stock Android. The usual three buttons for navigation are available, but you can enable gestures instead, freeing up some space on the display.

There is a Theme app that lets you customise the phone’s appearance. We liked the Poco theme and stuck with it. That aside, other software features are similar to what we’ve seen before on many Xiaomi phones, including Dual Apps and Second Space. Xiaomi’s Community and Mi Store apps are also preinstalled on the phone, along with Microsoft apps. 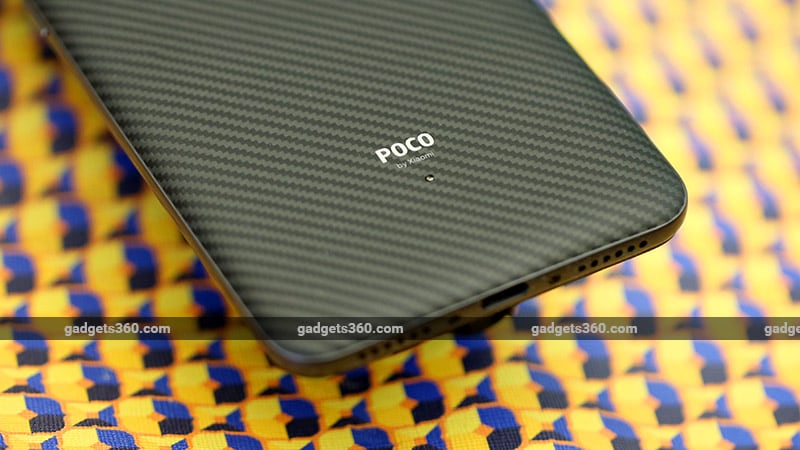 While setting up the Poco F1, it only asked us to train the fingerprint scanner. We had to go to the security settings to configure face recognition. The procedure is very basic and we were able to set it up in a couple of seconds. The Poco F1 is super quick to unlock using face recognition as well as the fingerprint scanner. We did not face any lag or stutter when surfing through the Android UI or while multitasking either.

The Poco F1 faces competition from the likes of the OnePlus 6 (Review), the Asus Zenfone 5Z (Review), and the recently launched LG G7+ ThinQ (Review). What makes the F1 interesting is its low price. Xiaomi has priced this new phone starting at Rs. 20,999, for the base 6GB RAM/ 64GB storage variant, Rs. 23,999 for the 6GB RAM/ 128GB variant and Rs. 28,999 for the 8GB RAM/ 256GB variant. While the Armoured edition which is only available in 8GB RAM/ 256GB storage and is priced at Rs.29,999. With such aggressive pricing, the Poco F1 is the most affordable Snapdragon 845-powered device out there.

How has Xiaomi managed to pull this off, and are there any hidden downsides to the Poco F1? Stay tuned to Gadgets 360 as we put the Poco F1 through its paces for our full review, including camera performance, display quality, gaming, and battery life tests.