We spent some time with the Philips Xenium W6610 at the New Delhi launch event, and here are our first impressions. Please note that we will reserve our final verdict on the phone for the detailed review, when the Xenium W6610 arrives in our labs for testing. 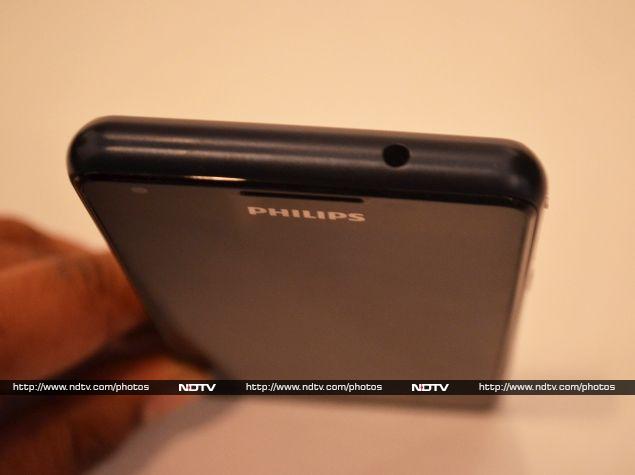 At first glance, the Navy-coloured Xenium W6610 that we played with looked like a bulkier version of regular candybar 5-inch Android smartphones currently available in the market. We can confidently say that Philips hasn't worked much on the design aspect of the smartphone.

However, much of the credit for the 'fattish' design of the Xenium W6610 can be given to the massive 5300mAh battery. The smartphone is quite heavy when compared to some of the competitors in its segment with a weight of 200 grams. With dimensions of 145.4x74.1x11.4mm, the phone feels solid to hold in one hand. 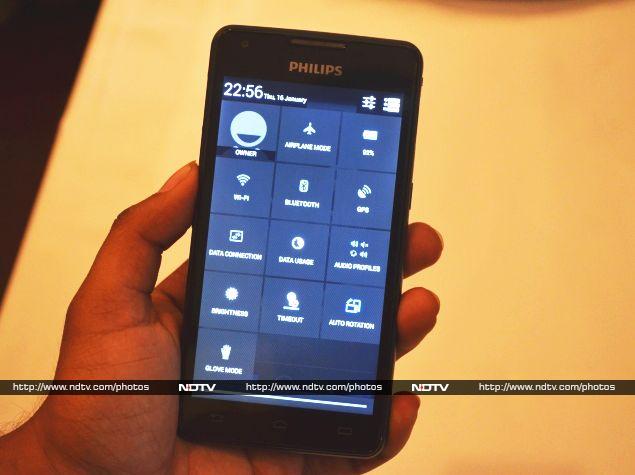 We must confess that using the Xenium W6610 with one hand is not easy and we feel that the smartphone is mainly for those with larger palms. However, the Xenium W6610 does give a sturdier feel in the hands than some Samsung Galaxy and Micromax phones.

The Xenium W6610 has a 5-inch display that is not very impressive. The 540x960 pixels resolution display is pretty standard for a mid-range phone. The resolution and pixel density of the Xenium W6610 is far lower than some of its cheaper competitors like the Micromax Canvas Turbo which boasts full-HD display, and the Motorola's Moto G with its HD display.

In terms of photographic ability, the handset fares well in well-lit conditions; however images clicked in low-light has average picture quality and were a bit washed out and grainy at edges. 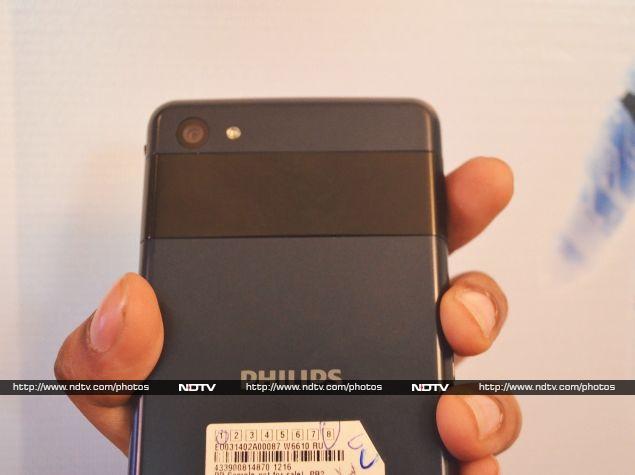 The Philips Xenium W6610 runs Android 4.2 Jelly Bean out-of-the-box, with no word from the company on upgrades. At a time when we are seeing a flurry of smartphone launches in the sub-Rs. 10,000 category with the latest Android 4.4 KitKat, we are not sure how the dated Android version selection by Philips for the Xenium W6610 will be received by customers.

While zipping between home screens on the Xenium W6610, we encountered no lags. We expect that the quad-core processor backed W6610 can could handle multitasking with ease.

The biggest feature of the handset is its 5300mAh battery and is no doubt the highlight as well. However, unfortunately we weren't able to spend enough with the Xenium W6610 to check the battery performance.

You can expect more detailed observations and our final verdict when we review the Xenium W6610.

product Philips officially announced the Xenium W6610 smartphone for India on Wednesday, setting the bar for battery capacity in the mid-range smartphone market.