The Panasonic Eluga X1 Pro offers an interesting mix of features at Rs. 27,000

Panasonic has been selling smartphones in India for a while, but we've yet to see something that really stands out from the competition. The Eluga X1 and X1 Pro might just be the phones that this company needs to make that breakthrough.

The Eluga X1 duo launched in early October in India, boasting of features such as stainless steel bodies, infrared face scanners, and even wireless charging for the higher-end Pro version. We've seen such features before in phones that cost a lot more, but Panasonic has priced both models under Rs. 30,000, which is a bold move. Today, we'll be focusing on the Eluga X1 Pro, which retails for around Rs. 27,000. At this price, the Eluga X1 Pro doesn't have any direct competition that offers the same features it does, which means it shouldn't have too much trouble staking its claim. The question is, does it manage to do that?

From an aesthetic point of view, Panasonic has done a great job with the design and construction of the Eluga X1 Pro. We have the dark grey version, but this phone is also available in silver. The rounded edges and tapering back give it a very good feel when you hold it. 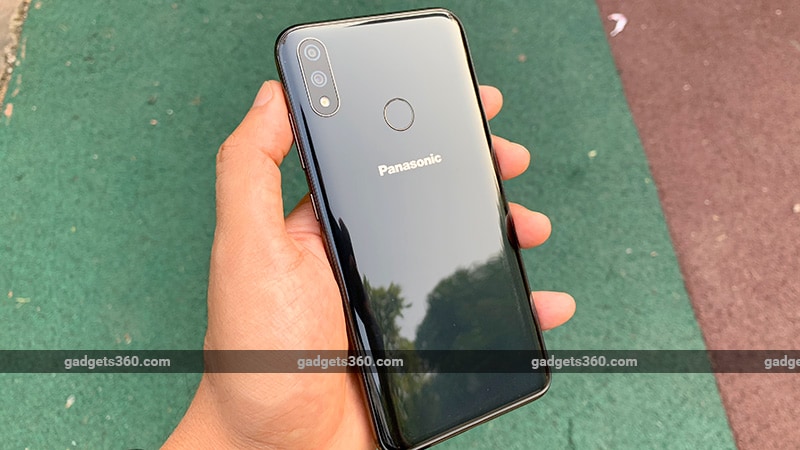 The stainless steel frame offers excellent rigidity, and the body does not flex even when you apply pressure. It's refreshing to see a mid-range Android phone built using high-quality materials. Other than the iPhone XS and XS Max and Nokia 8 Sirocco (Review), it's hard to think of any other recent smartphone made out of stainless steel. The Eluga X1 Pro is also quite slim, but at 195g, it is on the heavier side. It's also a bit slippery and the acrylic back does attract fingerprints quite easily.

There are antenna bands along the side of the frame but they aren't very conspicuous. The buttons on the right have a nice, clicky feel. The hybrid dual-SIM tray is placed on the left of the phone's frame, and accommodates one Micro-SIM and a second Nano-SIM card or a microSD card. The internal storage is expandable by up to 256GB but this means losing the second SIM slot. The phone also supports dual 4G with VoLTE.

At the bottom, the Eluga X1 Pro has a USB Type-C port and a single speaker. The phone doesn't have a 3.5mm headphone socket, but Panasonic bundles a USB Type-C to 3.5mm adapter and a 3.5mm stereo headset in the box. The fingerprint sensor is easy to reach and works well, and there's a vertical dual-camera module . The phone also supports wireless charging, which works with any Qi compatible wireless charger. 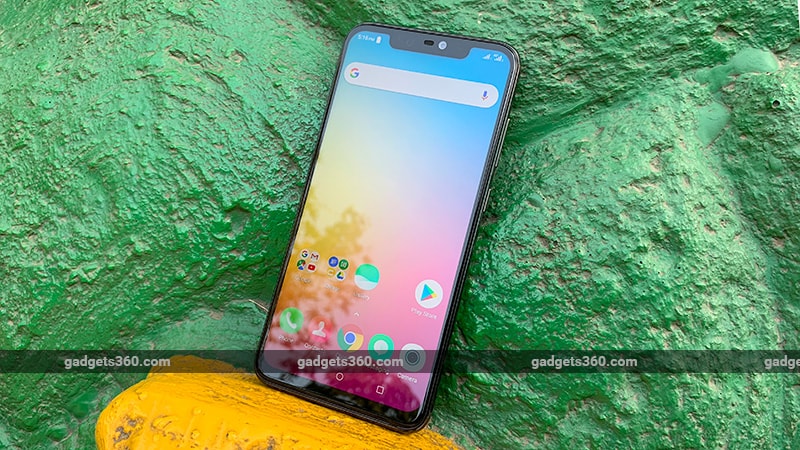 The 6.18-inch display gets really bright but there's no way to get rid of the bluish colour tone

The Panasonic Eluga X1 Pro features a 6.18-inch LCD display with a full-HD+ resolution. The outer portion of the display is protected by Gorilla Glass 3. Brightness is very good, and we didn't have any issues with viewing the display under direct sunlight. Colours get really punchy too, but the colour temperature seems to be stuck on the cooler side, which can be annoying. The Settings app lets you choose between neutral, cool and warm tones, but even with the latter, whites still look a bit bluish. The Eluga X1 Pro has a notch on the top which is a quite wide, but not too deep. It can be hidden with a simple gesture, which we wish every other Android manufacturers too would implement.

In the box, Panasonic ships a screen protector, a 10W charger, a USB Type-C cable, an in-ear headset, and a Type-C to 3.5mm dongle.

The Eluga X1 Pro uses a reasonably powerful MediaTek Helio P60 octa-core SoC, which we've seen in phones in across a wide range of prices, including budget options such as the Nokia 5.1 Plus (Review). Still, it's a solid option that performs fairly well and can handle most apps and games. At this price, you also get smartphones with the Snapdragon 845 SoC such as the Poco F1 (Review) and Asus ZenFone 5Z (Review), which offer much better CPU and GPU performance. For instance, the Eluga X1 Pro scored 1,36,077 points in the AnTutu benchmark, while the Poco F1 scored 2,64,954 points. The difference is huge, but benchmark numbers should in some cases be taken with a pinch of salt 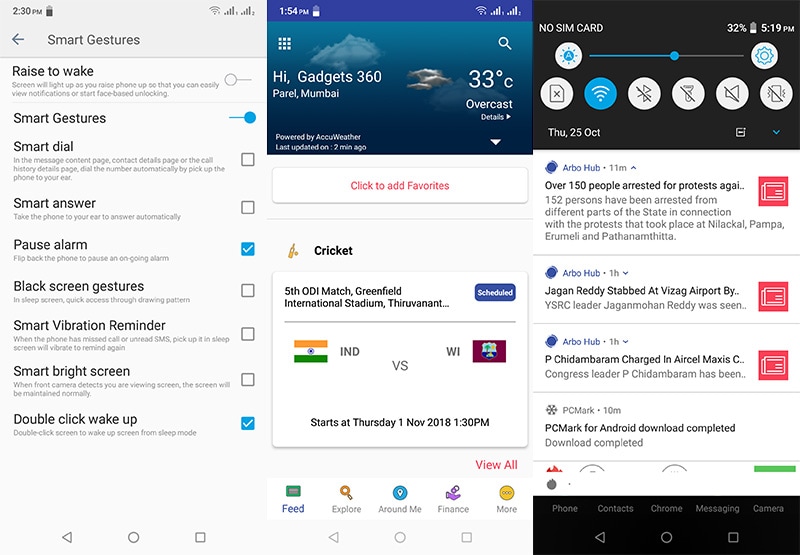 Panasonic uses its own skin on top of Android 8.1 Oreo. However, it's not up to the mark in terms of security patches, as our Eluga X1 Pro unit was still using the August 2018 patch at the time of this review. You get custom icons for the default apps and a redesigned notification shade and Settings app. The company is still sticking by its AI assistant called Arbo, which can be accessed through the Arbo Hub app. There's integration with third-party services including Ola, Uber, MobiKwik and an app called Newspoint thatoffers intermittent notifications of breaking news. There isn't a lot in terms of bloatware, which is nice.

The Theme app has a small collection of wallpapers and themes but there isn't a store from which you can download more. Overall, the custom skin offers a decent set of shortcuts and features, but has a cartoony look to it which we didn't quite like.

The large and vivid display of the Eluga X1 Pro makes it a joy to use. Its touch response is good, but the inaccurate colour tone can cause certain colours like reds and whites to burn out or even appear a little jarring at times. The infrared sensor is quick at recognising your face and works well even in complete darkness. When trying to unlock this phone at arm's length, it takes a fews seconds, but it's a lot quicker when it's closer.

The Eluga X1 Pro runs cool for the most part but the back does start to heat up once you fire up a game or use the camera for a long time. This is trait we've noticed in other phones with the Helio P60 too. The phone never gets uncomfortably hot, but it does get quite warm. Gaming performance is decent, and most games such as Asphalt 9: Legends and PUBG Mobile run just fine, without any lag or stutter. The speaker gets loud enough for videos, but in some instances, like in PUBG Mobile, we found the maximum volume to be quite weak.

The phone has a 13-megapixel primary camera with an f/2.0 aperture on the back. The camera is quick to focus under good light, and shutter lag is kept to a minimum, which makes it possible to get usable stills when shooting from a moving vehicle too. HDR kicks in automatically when shooting against bright light but the end result isn't always very good as the final picture could end up looking a bit hazy. The camera does a decent job of resolving details in objects at a distance, but the edges of objects could use better definition. Macros look good too, with a smooth bokeh behind the object in focus. 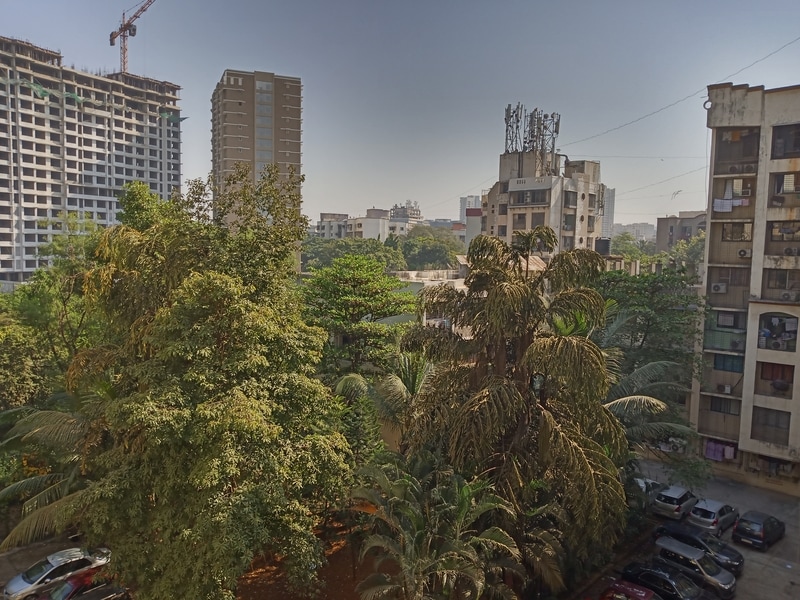 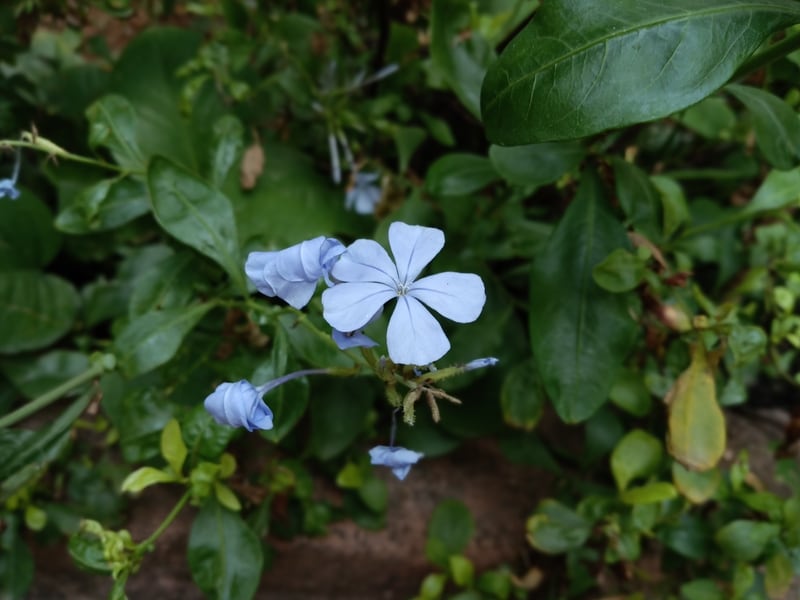 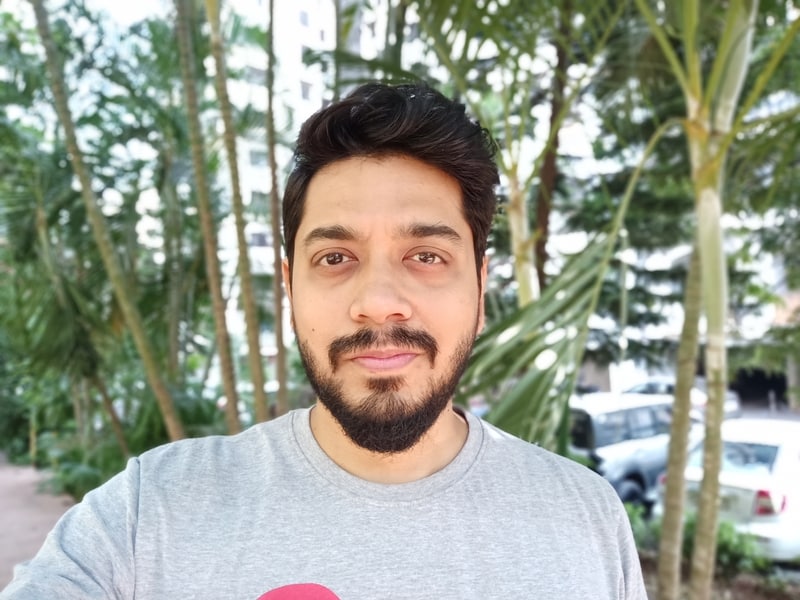 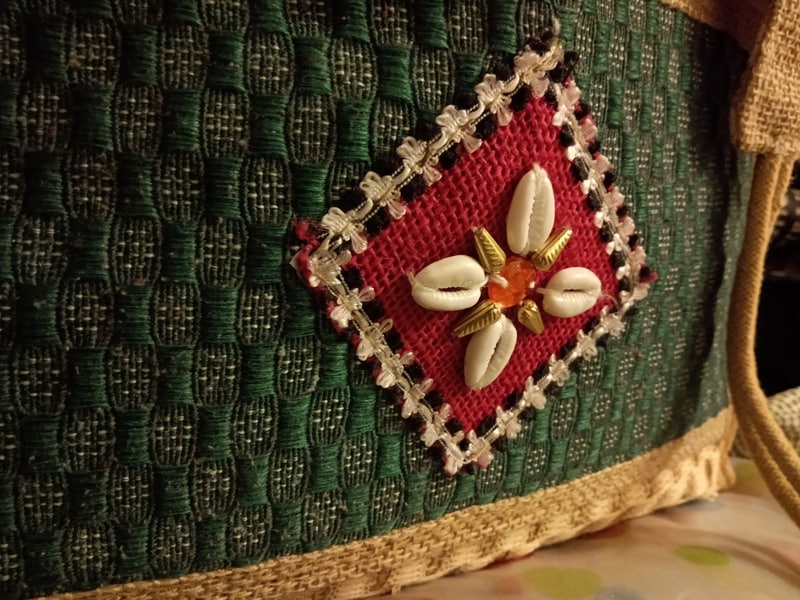 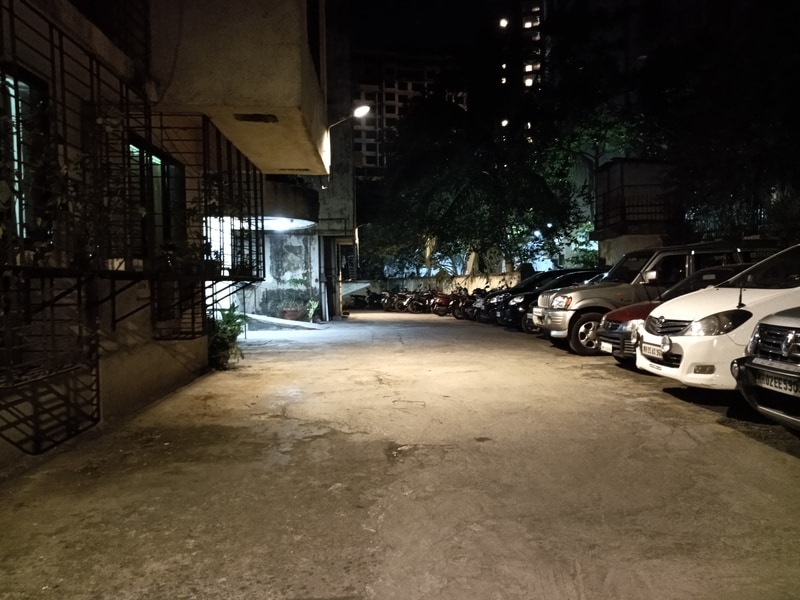 In low light, focusing speed drops and so does the level of detail. In landscape shots, we noticed blurry edges and noisy shadows in objects that weren't too far from us. Even close-ups taken under artificial lighting look a little soft if you crop the photo. However, some of these issues aren't immediately noticeable on the phone's display.

The secondary 5-megapixel depth sensor is used for calculating depth in portrait mode. Edge detection is decent for objects and people, although there are a few instances when this phone misses the mark. Portrait mode is present for the front camera too, and the results are actually better. The front 16-megapixel sensor captures very good detail under good light but shoots softer images in low light.

The Eluga X1 Pro isn't very good with video. The maximum resolution is 1080p and the quality is strictly average, even with ample natural light around. There's no continuous autofocus which means you have to keep tapping the screen to shift focus, and the lack of even electronic stabilisation results in shaky footage if you move about. You get the standard set of shooting modes like panorama, face beauty, and even something called Facemoji, which is Panasonic's version of Apple's Animoji. You get a bunch of characters to play around with, but the animation doesn't always match your expressions accurately, despite having the infrared camera. Quite often, it would freeze up and simply not work.

The 3000mAh battery lasted us 9 hours and 16 minutes in our HD video loop battery test, which is just about average. With real-world usage, we easily managed to get through nearly a full day. With a lot of gaming or camera use, we sometimes had to charge this phone before going to bed. With the bundled adapter, we could charge the phone completely in roughly two hours. If you are using a Qi wireless charger, be prepared for a much longer wait. With the battery at 14 percent, the Eluga X1 Pro took nearly four hours to get up to a full charge, when using Google's Pixel Stand.

Verdict
The Panasonic Eluga X1 Pro offers a very good set of features, which is hard to find in most phones priced under Rs. 30,000. The slightly inaccurate colours of the display and weak video recording capability aside, you get wireless charging, infrared face recognition, and superb construction quality. The Helio P60 SoC isn't the most powerful in this price segment but it's no slouch and can handle most 3D games with ease. At around the same price, you'll find better all-rounders such as the Asus ZenFone 5Z (Review) and Poco F1 (Review). The ZenFone 5Z offers equally good build quality and better cameras, while the closest priced variant of the Poco F1 offers twice the storage of the Eluga X1 Pro, more RAM, and better battery life.

The Eluga X1 Pro makes a pretty compelling case for itself at this price, and is definitely worth considering if you want flagship features, without spending too much money.