Panasonic introduced the Eluga series of smartphones in 2012 by launching the Eluga DL1 and the Eluga Power for European markets. Considering that India is now the global headquarters for Panasonic's global smartphone business, it is no surprise that the company is trying to revive the Eluga brand here with its latest flagship - the Eluga U.

Moreover, India is a great market for multiple smartphone companies to thrive in. The downside is that competition is fierce and companies have to innovate constantly. We try to find out if the Panasonic Eluga U can distinguish itself from the rest of the smartphones that have flooded the market in the last month alone. 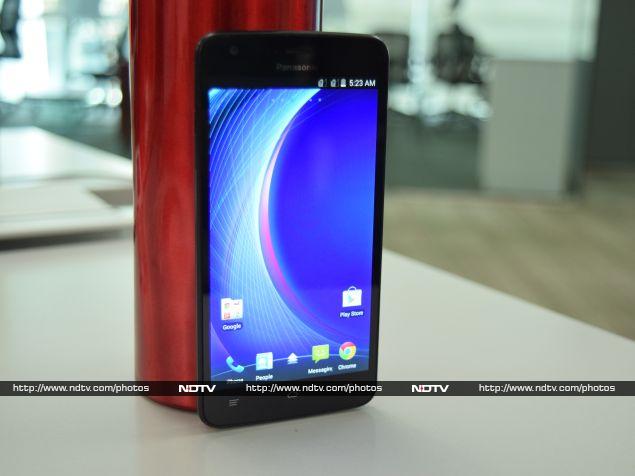 Design
We had noticed in our first impressions of the Panasonic Eluga U that it vaguely resembles the Google Nexus 4 with its curved edges and textured back panel, and that's definitely true. It looks like it's made of glass but is actually plastic.

When compared to the Nexus 4, the Eluga U is taller and wider thanks to its larger 5-inch screen, but it's also slimmer. It's 7.95mm thick, 141.5mm tall and 71.3mm wide. The bezel around the screen is narrow and mostly unobtrusive, which is good. The phone is quite light at 141g and is easy to grip. One-handed usage is not a problem for those with medium-sized hands. 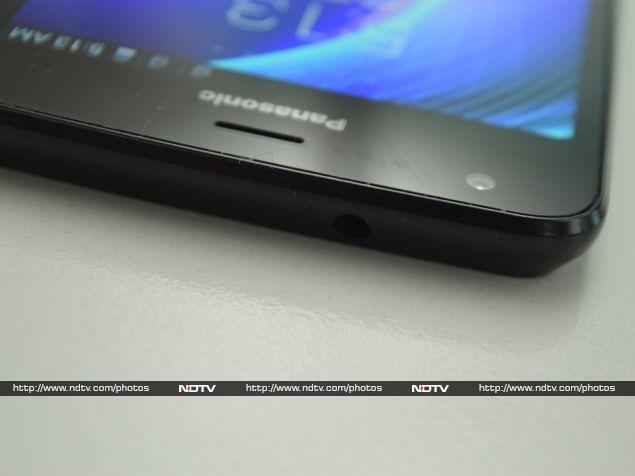 The 3.5mm audio jack is on top, and the bottom has the Micro-USB port and microphone. The power button is towards the top of the right edge which feels like an odd placement and is difficult to reach. Below the power button are separate angled volume buttons. The buttons are made of plastic and have terrible tactile feedback. On the left is the flap that covers the Micro-SD card slot and houses the tray for two SIM cards.

The notification LED, front-facing camera, earpiece and ambient light sensor are above the 5-inch display. Panasonic opted for a capacitive three-button setup for the Eluga U. The loudspeaker is on the bottom right corner of the rear panel. The rear cover is not removable, in case you were wondering. 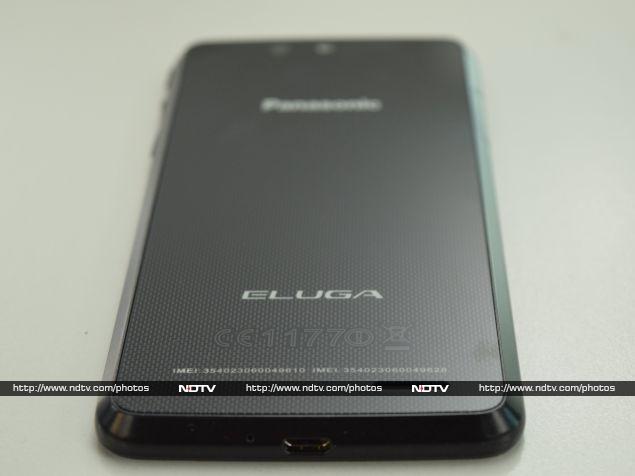 Features and Specifications
On paper, the Panasonic Eluga U has a pretty mediocre specifications list for a flagship smartphone.

Powering the Eluga U is a Snapdragon 400 quad-core processor clocked at 1.2GHz with Adreno 305 graphics. There is 2GB of RAM for running apps smoothly. The rear camera can shoot pictures at a resolution of 13 megapixels and has a flash module for low-light situations. There is also a 2-megapixel front-facing camera. The phone has an internal storage of 16GB which can be further expanded up to 32 GB using an external microSD card. 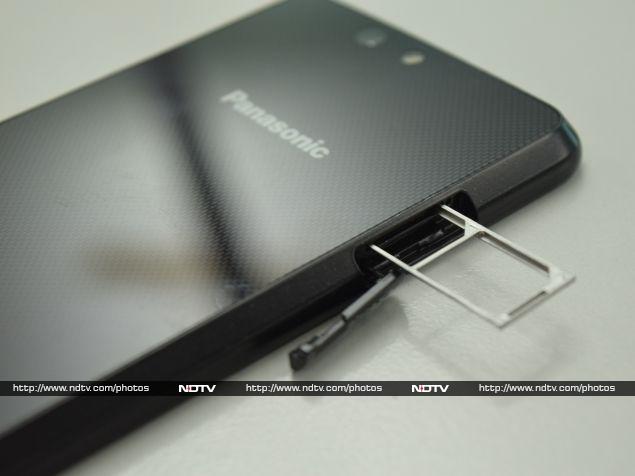 With respect to connectivity, Panasonic has most bases covered. There is no support for 4G LTE but the two SIM cards can connect to 3G networks and operate on the 850/900/1800/1900/2100MHz GSM bands. The Eluga U is compliant with the latest Bluetooth 4.0 standard and can also connect to Wi-Fi 802.11 b/g/n networks.

The 5-inch screen on the Eluga U has a resolution of 720x1280 pixels and is protected by Corning Gorilla Glass 3. Its colour saturation is decent and the warm tone makes it easy to read text. However, the screen is really reflective, which affects both the sunlight legibility and the viewing angles.

Software
The Panasonic Eluga U runs almost the latest version of Android - Android 4.4.2 (Kitkat), which is very good. Panasonic's very own Fit Home UI runs on top of the operating system, and its design is starkly different from that of stock Android.

We think that the design is a decent attempt by Panasonic but there are some functional constraints that crop up. For example, the app drawer is a circular panel that only uses half the screen, while the other half is just the homescreen, blurred in the background. Annoyingly, hitting it doesn't take you back to the homescreen. The rotary page turn animation in the app drawer is jazzy, and it's a matter of personal preference whether you like it or not. 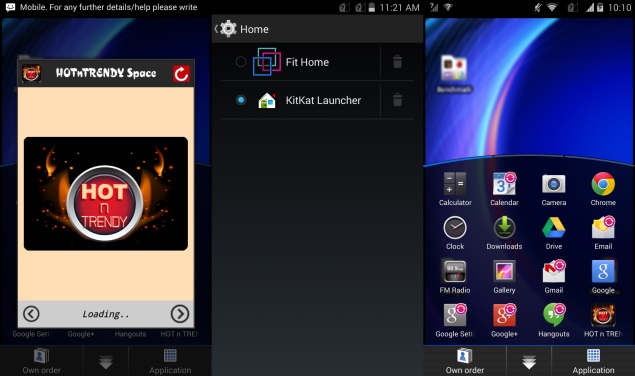 Thankfully, if the skin doesn't suit your tastes Panasonic provides the option of switching to the stock Kitkat UI. We used it for most of our testing period.

Apart from the regular suite of Google apps, the Eluga U has only three extra apps that come pre-installed with the device: Hot N Trendy Space, Panasonic TV Remote, and Kingsoft Office. Hot N Trendy is an app made exclusively for Panasonic smartphones and the company claims that it is an intelligent recommendation engine for apps within the Play Store. We found it useless and couldn't uninstall it. As the name suggests, Panasonic TV Remote can be used to control high-end Panasonic Viera televisions over Wi-Fi. Kingsoft Office can be used to view, edit and create Microsoft Office files and it is pretty useful.

Camera
The default KitKat camera app has been slightly modified by Panasonic to make some features available upfront. Unfortunately, the oft-used HDR control is buried inside the settings instead. The app also offers a fair amount of manual control. 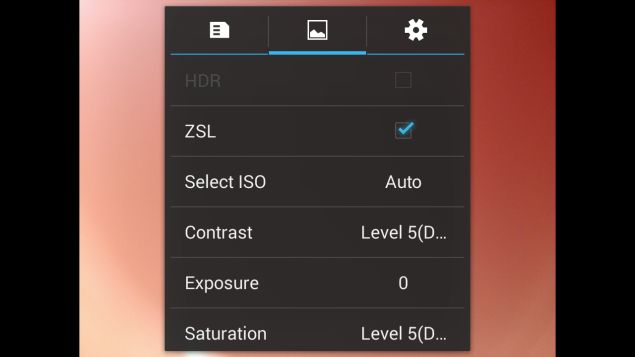 We put the 13-megapixel rear camera through a battery of tests. The camera takes a long time to focus. In good light, it captures good details and the colours are natural too. On the downside, the background in close up images tends to be overexposed. At 100 percent crop, the graininess of photographs becomes apparent, but they're still absolutely serviceable for social networking websites.

In HDR mode, the camera goes overboard with enhancing the exposure of dark regions. Untrained eyes might find it impressive but we think it looks artificial. In low light, the pictures suffer from a lot of noise. 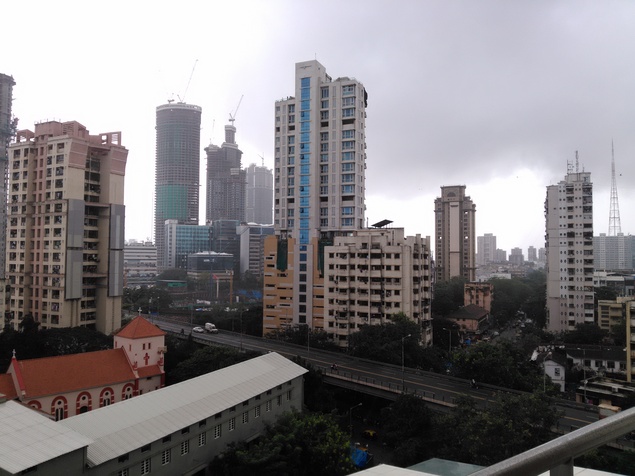 The 1080p video captured by the rear camera is fairly okay but it skips frames occasionally. Selfies captured by the 2-megapixel front camera in good light are also just about serviceable.

Performance
Before we get into benchmarks results, we want to highlight two glaring issues with the performance of the Panasonic Eluga U. Firstly, the top half of the rear heated up when we played intensive games or watched movies even for a few minutes. Secondly, the phone randomly rebooted on occasion. This is definitely not good and could be a deal-breaker for interested buyers. One saving grace is that there is absolutely no lag while browsing through the apps and scrolling through webpages.

In any case, the numbers aren't great either. The Eluga U scored 8,533 and 17,495 respectively in the Quadrant and AnTuTu benchmarks. There are tons of lower-priced smartphones that perform better. In the graphics benchmark test GFXbench the phone logged a score of 10.6fps and in the highly intensive 3DMark Ice Storm test it scored 5,629. Again, these numbers are nothing special. 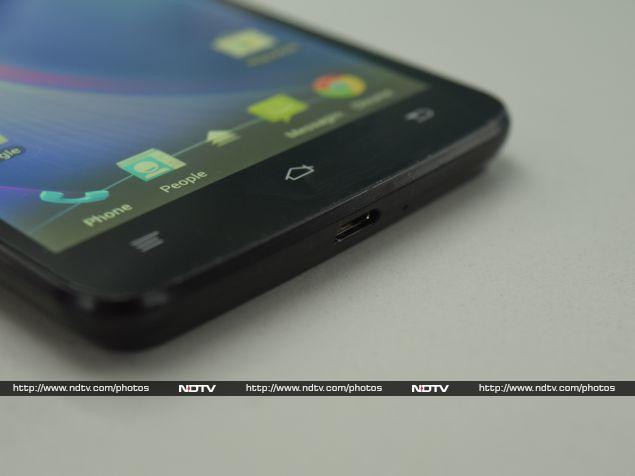 The Eluga U played all our test video files, including the most heavily encoded 1080p one without skipping frames. The speaker is adequately loud but sound is distorted at high volumes. Also, the bundled earphones are really bad and we'd advise replacing them as soon as possible. The clarity of sound during phone calls is really good and the phone doesn't lose reception even in areas with congested networks.

The Eluga U performed admirably in our battery test. It lasted 9 hours and 35 minutes before we had to plug it in to recharge. In our daily usage, we found that the phone's 2500mAh battery can easily last a day and a half. 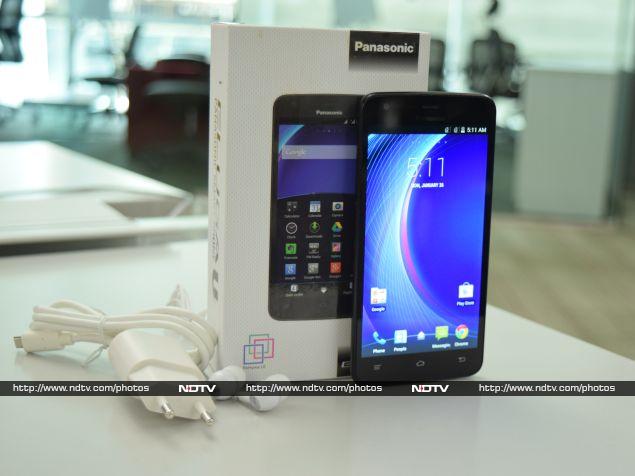 We think Panasonic needs to go back to the drawing board to create a better flagship. There's enough room in the burgeoning Indian smartphone market for lots of players to coexist peacefully, but they won't do well without good products. 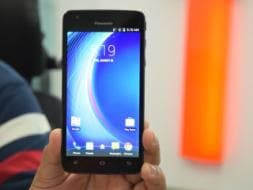 Panasonic Eluga U in pictures

product Featuring a decent list of specifications, the Panasonic Eluga U is the company's attempt to re-introduce its high-end Eluga brand.