Budget smartphones are a dime a dozen. With every manufacturer fighting for a piece of this segment, there is no shortage of options for buyers. Panasonic has added the Eluga Ray 550 to this list, and has priced it at Rs. 8,999. For that price, the company is offering its first phone with a ‘Big View Display’, which means it has adopted the 18:9 aspect ratio. With powerful phones such as the Redmi 5 (Review) and Redmi Note 5 (Review) also available at around this price, is the Eluga Ray 550 a better option? We find out.

While we have begun seeing phones with metal bodies in this segment, Panasonic has opted for a plastic body with a metal back panel. The mid-frame and the volume buttons are also made of plastic but the power button has a metallic feel to it. At the front, this phone is dominated by a 5.7-inch display with a layer of 2.5D Asahi glass for protection. Panasonic also provides a plastic screen protector and a plastic case in the box.

Like other phones with 18:9 displays, the Eluga Ray 550 is narrow and tall. This makes it easy to hold but requires you to stretch your fingers a bit to reach the top. This smartphone is available in three colours: black, blue, and gold. We got a gold unit for review. 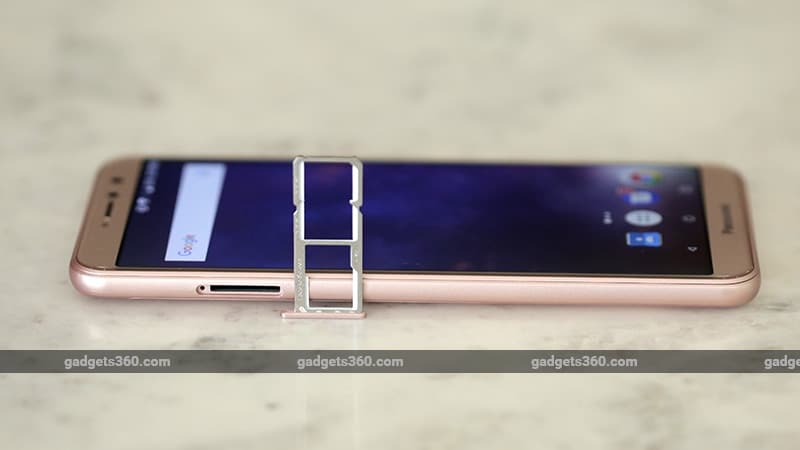 The phone weighs 152g and has curved edges that make it comfortable to hold. There is a 13-megapixel camera at the back along with a single-LED flash and a fingerprint scanner, all in a line down the centre. At the front, it has an 8-megapixel selfie camera and a selfie flash. The SIM tray is on the left and has two Nano-SIM slots along with a dedicated microSD card slot. The Micro-USB port (which is still common at this price point) is positioned to one side at the bottom, while the 3.5mm headphone socket is on the top.

There are very few processor choices for manufacturers at this price, and Panasonic has gone with the MediaTek MT6737. This is a quad-core processor clocked at 1.3GHz. The phone also has 3GB of RAM to go along with it. There's 32GB of internal storage which is expandable using a microSD card of up to 128GB. Connectivity options on the phone include Bluetooth 4.1, Wi-Fi 802.11 b/g/n, USB-OTG, and FM Radio.

The Eluga Ray 550’s 5.7-inch display has a HD+ resolution, which is acceptable at this price. Viewing angles are decent and the display is legible outdoors. However, we found that auto brightness dimmed the display aggressively, and we needed to bump it up manually at times. This is a dual-SIM device and has support for 4G and VoLTE, but that is restricted to the first SIM slot while the second SIM is locked to 2G networks.

The phone has a non-removable 3250mAh battery and comes with a standard 10W charger in the box. Panasonic has also bundled in-ear headphones, but they feel quite plasticky, and the audio quality is abysmal. We would recommend that you take a look at our list of best headphones under Rs. 2,000 and choose a replacement. 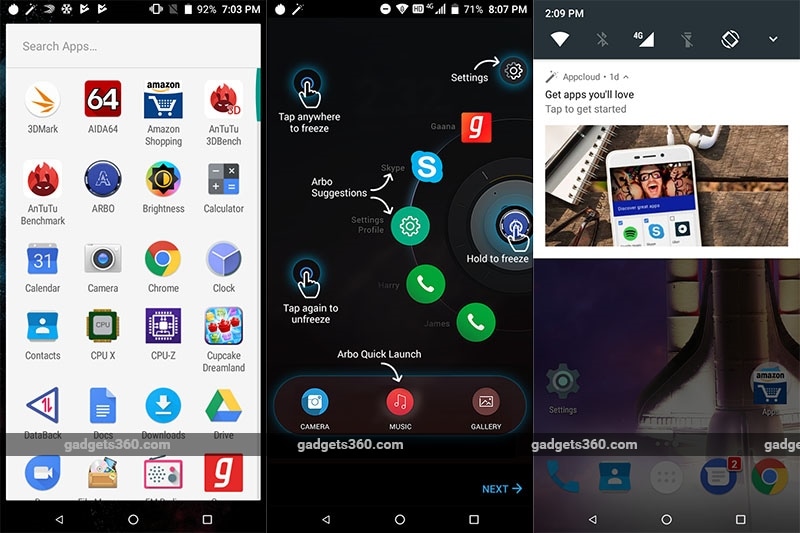 Panasonic ships the Eluga Ray 550 with stock Android Nougat and a few apps preinstalled. These include Gaana, Hike, NewsPoint, Opera Mini, Cupcake Dreamland, and the keyboard apps Swalekh and Swiftkey. Swalekh supports 22 Indian languages. Some of these apps can be uninstalled, but you can only disable the others. Since this is near-stock Android, many users will find it familiar.

Panasonic has also installed its Arbo app which uses Artificial Intelligence to give you suggestions based on your usage. In theory, it is supposed to learn your usage patterns and suggest apps that you are likely to find useful. During our time with the device, Arbo did not have any suggestions for us, so it might take longer to become useful. The phone also displayed an annoying persistent notification from Appcloud that refused to go away with a swipe. We had to uninstall the app by finding it in the app list to get rid of the notification.

Budget smartphones are naturally not as snappy as premium ones. The Panasonic Eluga Ray 550 does take time when loading big apps and games, and you will need to be patient with it. We also encountered some lag with simple things such as the keyboard popping up after we tapped a text field. With 3GB of RAM at its disposal, this phone can thankfully multitask without having to kill many apps in the background. We played Shadow Fight 3 and experienced some lag while scrolling through the menus, as well as frame drops during gameplay.

Many apps are now compatible with the 18:9 aspect ratio, and as a result, the Eluga Ray 550 has no issues running them. Apps that aren’t updated are simply letterboxed. While playing games and watching videos, we found that the display has decent colours, but its viewing angles aren’t great. The speaker is mounted on the back and is loud enough to enjoy content with. Sound also did not get muffled when holding the phone in landscape mode. 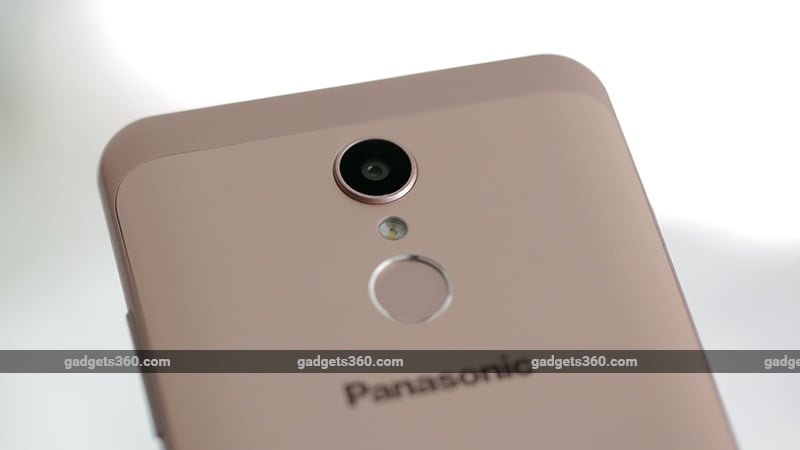 We ran a couple of benchmarks on the Eluga Ray 550 and here are the results. In AnTuTu, the phone managed to clock 37,886, and we also got 564 and 1,652 in Geekbench's single-core and multi-core tests. It also managed 16fps in GFXBench T-Rex, and 5,942 in 3D Mark Ice Storm Unlimited. These scores are relatively low compared to the Redmi 5, especially the graphics test results.

Gaming isn’t this phone’s forte. Waiting for big games to load can get annoying, and the phone does get warm after playing for long stretches. We also noticed greater than usual battery drain when gaming, which affects the amount of runtime you can expect from each charge cycle.

Even with just general use, battery performance is not impressive. The phone can barely last through one working day, but you'll have to plug it into the charger at night. Even in our HD video loop test, the Eluga Ray 550 could only manage 7 hours and 42 minutes which is less than most of its competitors.

The Eluga Ray 550 has a 13-megapixel camera with an f/2.0 aperture. We found the camera app to be similar to those of other devices powered by the MediaTek MT6735 and MT6737 processors. Panasonic has made very few customisations to the app. You get Face beauty and Panorama modes in addition to Photo and Video modes. There is a quick toggle for HDR which makes it easy to enable it. The phone is fairly quick to focus but we did notice shutter lag when taking shots. HDR mode was also slow, resulting in ghosting in a few shots. Scene detection is set to auto by default but we had to manually enable night mode whenever we needed it in low light.

In daylight, we found that the phone managed light metering well, but when reviewing our shots later, they weren’t very sharp. If you are taking photos of children or pets, the shutter lag might cause you to miss the perfect moment, which can get annoying. There is a Zero Shutter Delay mode like with many other smartphones, but the potential tradeoffs are image quality and battery drain.

When shooting objects at a distance in landscapes, the phone doesn't really do well with capturing details. Macros are good, but the phone might not always lock focus where you want it to. In low-light conditions, we found that the camera failed to capture details well, and our shots appeared quite dull. Switching night mode on did give us slightly better results. 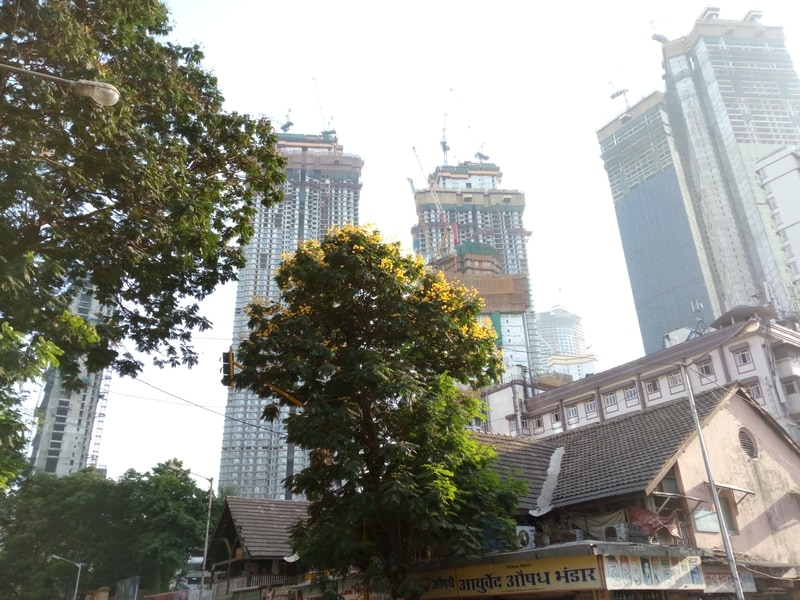 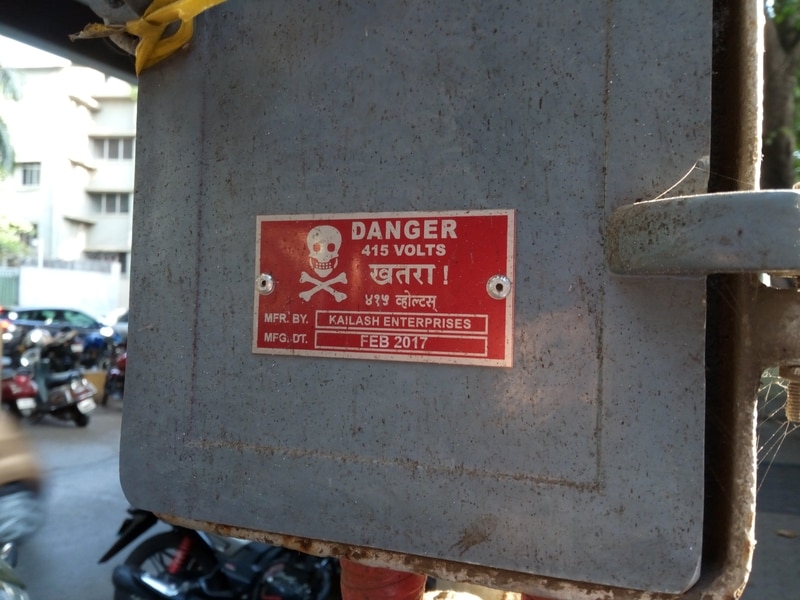 Selfies looked a little grainy, but these can be used for sharing on social media and in messaging apps. The selfie flash does come in handy at night. Video recording with the Eluga Ray 550 maxes out at 720p. There is a toggle for electronic image stabilisation, but we did not find any differences in the video output with it enabled.

Verdict
The Eluga Ray 550 is Panasonic’s first phone with an 18:9 display, but there are better options already available in the market at this price. It isn’t as powerful or as efficient with its battery as the Redmi 5. For its asking price of Rs. 8,999, the 3GB RAM/32GB storage variant of the Redmi 5 offers better value for money. If you can stretch your budget by Rs. 1,000, the Redmi Note 5 is an even better better all-rounder.

product The Panasonic Eluga Ray 550 is the company's first smartphone with an 18:9 display. But is the best phone in India under Rs. 10,000? We review.