Oppo is a relatively new entrant to the Indian smartphone market and is far from overtaking any of its competitors in the country, but that hasn't stopped it from raising the bar with its new flagship smartphone, the Find 7.

The Chinese handset maker entered the Indian market in January with the N1, which sported a unique swivel camera. This was a big highlight, but the smartphone did not find that many takers due to its high pricing (16GB at Rs. 39,999) and the fact that its availability was limited to 12 cities.

Now, the company hopes to make a good impression in the country with its latest Find series handset. The Oppo Find 7, which now is the country's first smartphone to boast of a Quad-HD (QHD) screen, has been priced at Rs. 37,990. The Chinese handset maker also announced a 'lite' variant of the Find 7, dubbed Find 7a, which will be available in the market starting Thursday, priced at Rs. 31,990.

Oppo may have had to stretch itself a bit while hyping the N1 in India, but when it comes to the Find 7, it's a definite heavyweight contender.

There's a lot to like about the Find 7 - among them, is the QHD screen which the company hopes will elevate the handset to a more premium plane somewhere beyond its predecessor device, the N1.

NDTV Gadgets had a chance to spend some time with the Find 7 and we came out impressed by Oppo's latest offering.

Build, design and display
At first glance, the white Oppo Find 7 that we played with looked like an elongated version of any Android phablet available in the Indian market. The smartphone feels glossy, smooth, and thin. It measures 152.6mm tall, 75mm wide, and 9.2mm thick.

The build is pretty sturdy, in the company's established polycarbonate tradition, with two chamfered metal rims around the sides. Compared to some current flagships such as the Galaxy S5 (Review | Pictures) and One (M8) (Review | Pictures), the Find 7 doesn't have any contours - the design is very basic yet modern. 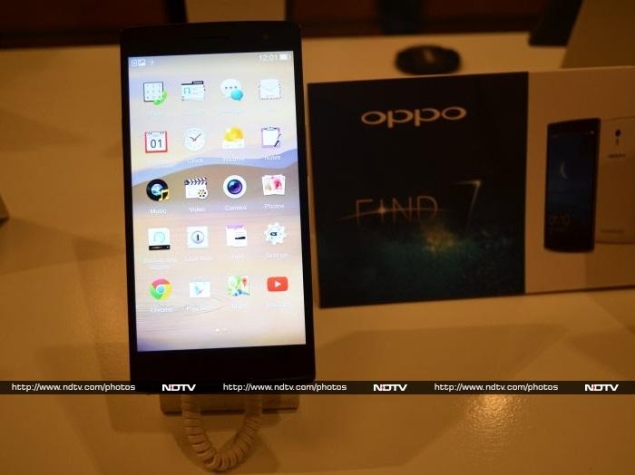 Yes, it is a bit too wide for single-handed operation, and those blessed with smaller palms will find it tiring to carry the device around. However, if you have handled big-screened handsets comfortably in the past, you won't have any quibble with the Find 7.

The front panel is completely dominated by the 5.5-inch screen, with no branding or physical buttons visible. We also quite liked the pulsing blue notification light present at the bottom of the front. The back panel houses the primary camera accompanied by a dual-LED flash, and the loudspeaker grille at the bottom. Oppo's logo is also embossed in the middle.

The right edge houses the volume rocker, while the power button is on the left. Notably, the Find 7 does not feature a unibody design. The top has the 3.5mm headset port, while there is a charging port on the bottom. Unlike the Oppo N1, this one has a removable rear panel and a swappable battery. The Micro-SIM and microSD card slot sit alongside the battery. In terms of design, we feel as though the Find 7 radiates understated class. 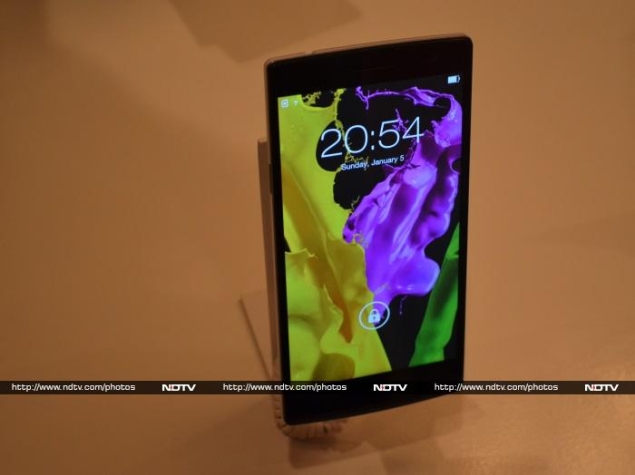 It's worth pointing out that LG's recently launched flagship, the G3 also sports a Quad-HD screen offering the same screen resolution and pixel density as the Find 7. For those unaware, Quad-HD refers to four times as many pixels as one can find in a HD (720p) screen.

The Find 7's display impressed us with its rich colour production, and easily looks more vibrant than any other smartphone currently available in the Indian market. We compared the display of the Find 7 with Apple's iPhone 5 which looked nowhere close to the former.

Specifications and performance
The Oppo Find 7 is powered by a 2.5GHz quad-core Snapdragon 801 (MSM8974AC) processor and comes with 32GB of inbuilt storage with expandable storage support via microSD card (up to 128GB). 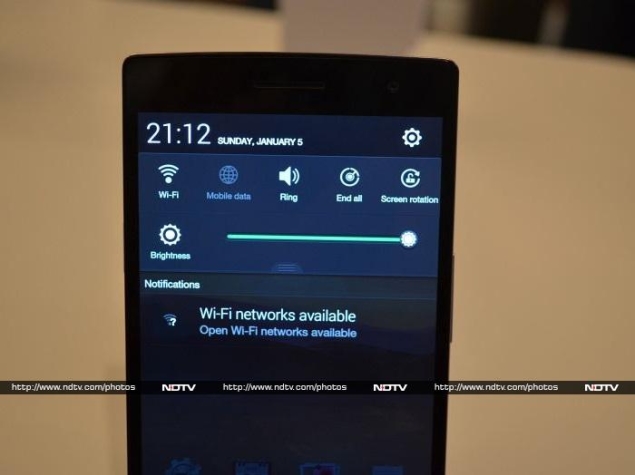 The Oppo Find 7 easily handled multitasking, and we observed that apps opened and closed instantaneously. Performance-wise, the Find 7 fared well in our limited testing. While zipping between home screens on the Find 7, we encountered no lag. It also handled full-HD and 2K videos (preloaded on the handset) with ease.

The company is touting that the Find 7 can be charged four times faster than other phones, thanks to the a rapid charging system called VOOC. The company claims that a five-minute charge is enough to allow a two-hour call, which we could obviously not test in our limited time with the device.

Camera and software
The Oppo Find 7 sports a 13-megapixel rear camera with a Sony Exmor IMX214 sensor and LED flash, as well as a 5-megapixel front-facing camera with a BSI sensor. Oppo also claims it can take 50-megapixel photos with the Super Zoom feature. The Find 7 can record 4K videos and also 720p videos at 120fps for slow motion effects. 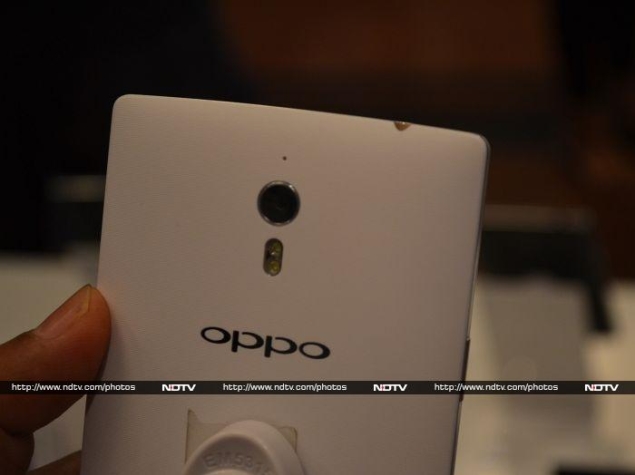 In our limited testing, the 4K video recording feature on the Find 7 looked impressive, and images taken in both well-lit and low-light conditions looked brilliant.

The Oppo Find 7 runs a highly customised version of Android 4.3 (Jelly Bean), which the company calls ColorOS 1.2. The UI appears to be a total departure from the usual Android experience.

Final words
The Oppo Find 7 will be hitting markets by July at a price of Rs. 37,990. Notably, the Find 7 has been priced below some of the flagships such as the Sony Xperia Z2 (Review | Pictures), Samsung Galaxy S5, and HTC One (M8).

It is yet to be seen whether the Find 7, with its impressive specs and interesting features, can be a hit in a price-conscious and brand-conscious market like India.

You can expect more detailed observations and testing when we review the Find 7.