Should you consider it over phones like the Redmi Note 7 Pro and Realme 3 Pro?

If we step back and take a look at the smartphones that have recently been launched in India, it is evident that most manufacturers are focusing on the sub-Rs. 20,000 price segment. We have seen popular models such as the Oppo K3 (Review), Realme X (Review), and Vivo Z1 Pro (Review) entering the market over the past few weeks. Oppo has now launched the Oppo A9, priced at Rs. 15,490, pitting it against some of these popular devices. So is the new Oppo A9 good enough to beat the others? We put it through all our tests to find out.

The Oppo A9 follows the same design philosophy as the Oppo A7 (Review), Oppo A5s (Review), and Oppo A1k (Review), all of which are a part of the same series. The Oppo A9 has a big 6.5-inch display with a tear-drop notch and a tiny earpiece. There is Corning Gorilla Glass 5 for protection, which should help the display resist scratches to an extent.

The phone comes with a plastic screen protector pre-applied. The Oppo A9 gets sleek bezels on the top and sides, while the bottom chin is comparatively thicker. Pick the phone up and it sits well in the palm thanks to its curved sides. It is tall and narrow, and you will need to stretch a bit to reach the top half of the display.

Oppo has positioned the power button on the right side where the thumb rests naturally. The volume buttons are on the left and are also easy to reach. These buttons have decent feedback, so you won't be second-guessing any input. 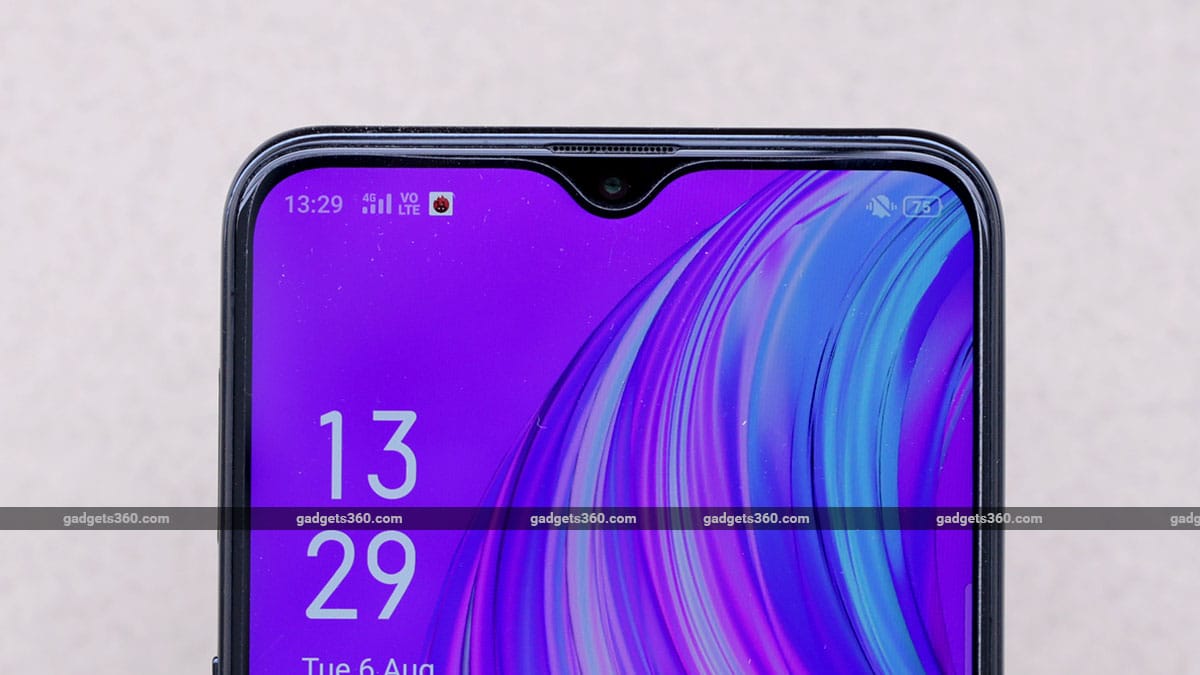 The 6.5-inch display has a water drop notch which houses the selfie camera

At the bottom, this phone sports a Micro-USB port which is a little disappointing, considering that many other phones in this price range now have USB Type-C ports. There's also a 3.5mm headphone jack and a bottom-firing loudspeaker.

The Oppo A9 is available in two colour variants, Fluorite Purple and Marble Green, and we have the Marble Green variant in for review. Oppo ships a 10W charger in the box along with a transparent case and a pair of headphones.

Oppo A9 specifications and software

The Oppo A9 has some decent specifications for its price, but it might be overshadowed by some other recent launches. This phone is powered by the MediaTek Helio P70 SoC, which is a decent processor. We have seen it powering phones such as the Realme 3 (Review). However, for a smartphone priced at Rs. 15,490, it does feel underpowered compared to the Qualcomm Snapdragon 675 powering the Redmi Note 7 Pro (Review) and the Snapdragon 710 SoC powering the Oppo K3 (Review) and Realme X (Review).

Oppo has launched the A9 in only one configuration, with 4GB of RAM and 128GB of storage. There are no variants with more RAM, but if the storage is inadequate for you, this phone does have a hybrid dual-SIM tray for storage expansion. The Oppo A9 packs in a 4020mAh battery and weighs 190g. 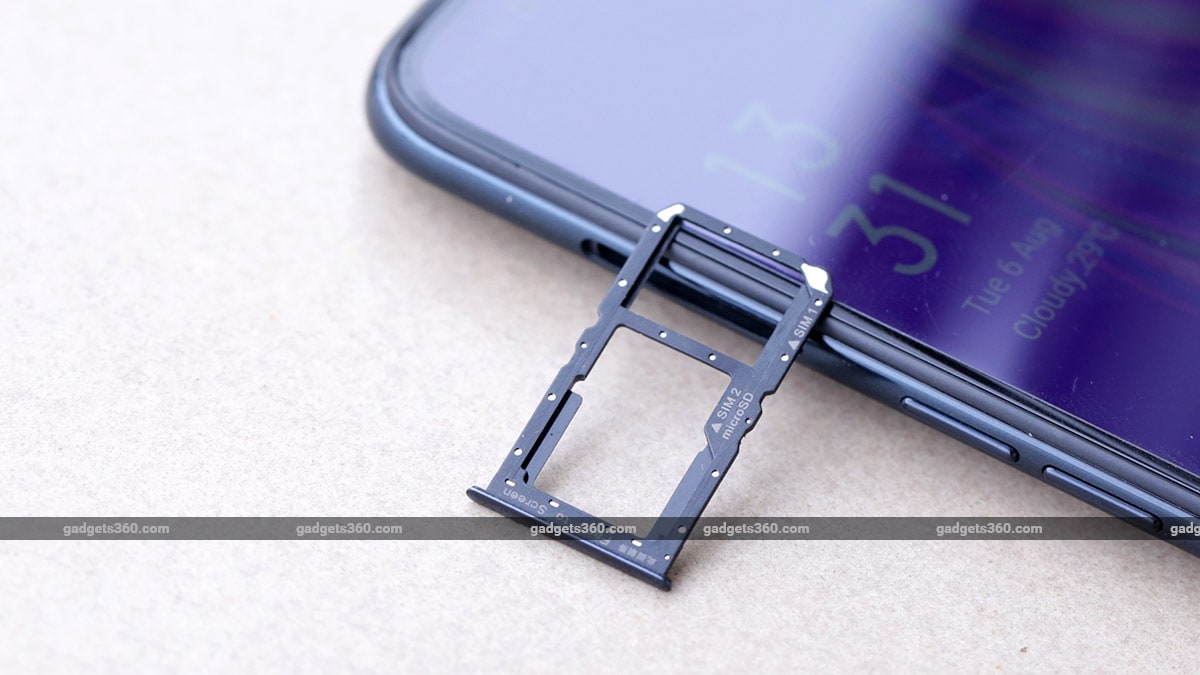 There is support for dual 4G VoLTE, Bluetooth 4.2 LE, Wi-Fi, four satellite positioning systems, and USB-OTG. You also get the usual array of sensors including light, proximity, and gyro, among others.

Oppo ships the A9 with Color OS 6 on top of Android 9 Pie, and our unit was running the July security patch. The UI is similar to what we have seen on recent phones such as the Oppo K3 (Review) and Realme X (Review). However, the Oppo A9 has more bloatware preinstalled. It has apps including UC Browser, Facebook, WPS Office, NewsPoint, Dailyhunt, Helo, Paytm, Wynk Music, Webnovel, and Amazon Shopping.

There's also Game Center, Game Space, and an Oppo AppStore for apps and games. We found the installed apps such as UC Browser and Helo to be spammy, and they kept sending push notifications every hour. Thankfully, these apps can be uninstalled from the smartphone.

The Oppo A9 powered by its MediaTek Helio P70 SoC is capable of undertaking day-to-day tasks without any issues. We could launch apps and multitask easily. The 4GB of RAM is enough to deliver a smooth experience. However, like we mentioned earlier, the competition offers more powerful processors at the same price point.

We enjoyed watching content on the Oppo A9, as the display is crisp and bright, and has good viewing angles. The bottom-firing speaker is loud enough but you can accidentally muffle it when holding the device in landscape orientation.

The rear-mounted fingerprint scanner is quick to unlock the smartphone. The Face Unlock feature uses the selfie camera on the Oppo A9. It is easy to set up and is convenient for quickly unlocking the smartphone just by looking at it. 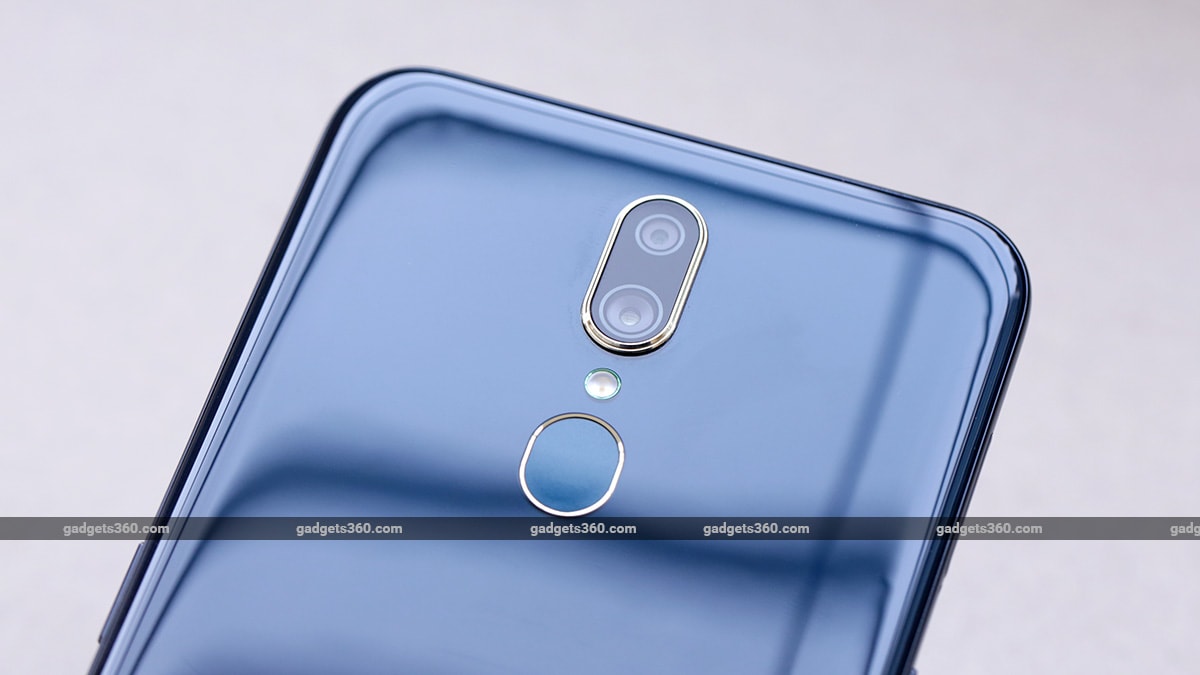 While playing PUBG Mobile, we noticed that the game defaulted to the medium quality preset with graphics set to Balanced and frame rate set to Medium. The game was playable without lag or stutter at these settings. Oppo's Game Space clears RAM and disables pop-up notifications. We played the game for 20 minutes and noticed a 4 percent battery drain. The smartphone wasn't warm to the touch afterwards, which is a good sign.

We ran a couple of benchmarks to gauge performance. The Oppo A9 scored 1,45,999 points in AnTuTu Benchmark. In Geekbench's single-core and multi-core tests, it managed to score 1,536 and 5,835 respectively. The Helio P70 also managed 37fps and 7.4fps in GFXBench's T-Rex and Car Chase tests respectively.

The 4,020mAh battery in the Oppo A9 provided very good battery life. We could go beyond a day and a half with our regular usage consisting of an active WhatsApp account, using Google Maps for navigation, and playing PUBG Mobile. However, charging is slow when using the supplied 10W charger and it takes over two hours to fully charge the device.

The camera app on the Oppo A9 is similar to what we have seen on other Oppo smartphones. Apart from the usual photo and video modes, it has Portrait, Night, Pano, Expert, Time-Lapse, and Slo-Mo. There are quick toggles for HDR and Dazzle Colour (which makes colours pop). The default camera app offers filters which can be applied before taking a shot. The Oppo A9 also has AI Scene Recognition which helps the phone detect what it's pointed towards in order to set different parameters.

Photos taken with the Oppo A9 turned out well in daylight. The phone could meter light properly and lock the focus before taking the image. We noticed that objects nearby looked good but those at a distance lacked detail.

Close-ups turned out well, and the phone's AI helped. The Oppo A9 managed good separation between subjects and backgrounds. The output also had good sharpness and detail, but the AI tends to boost colours slightly. 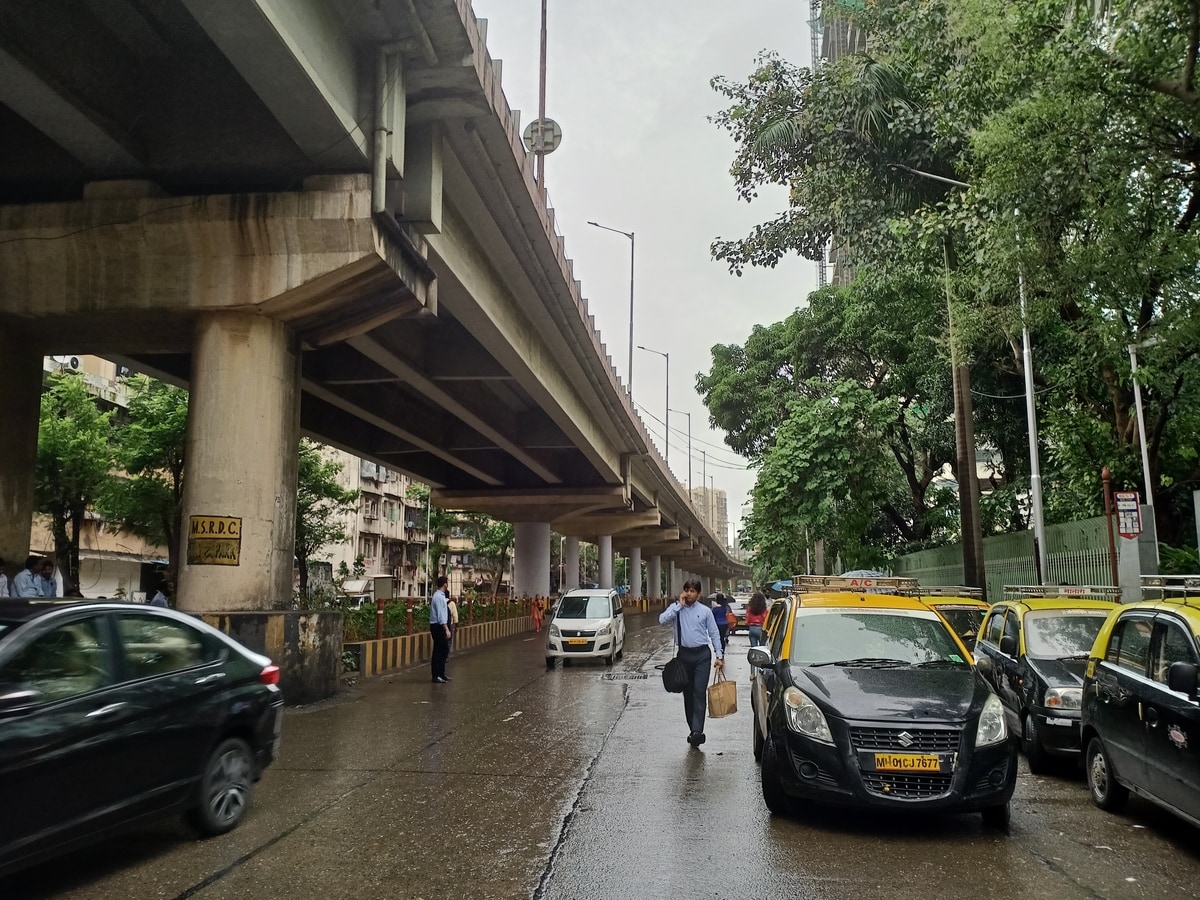 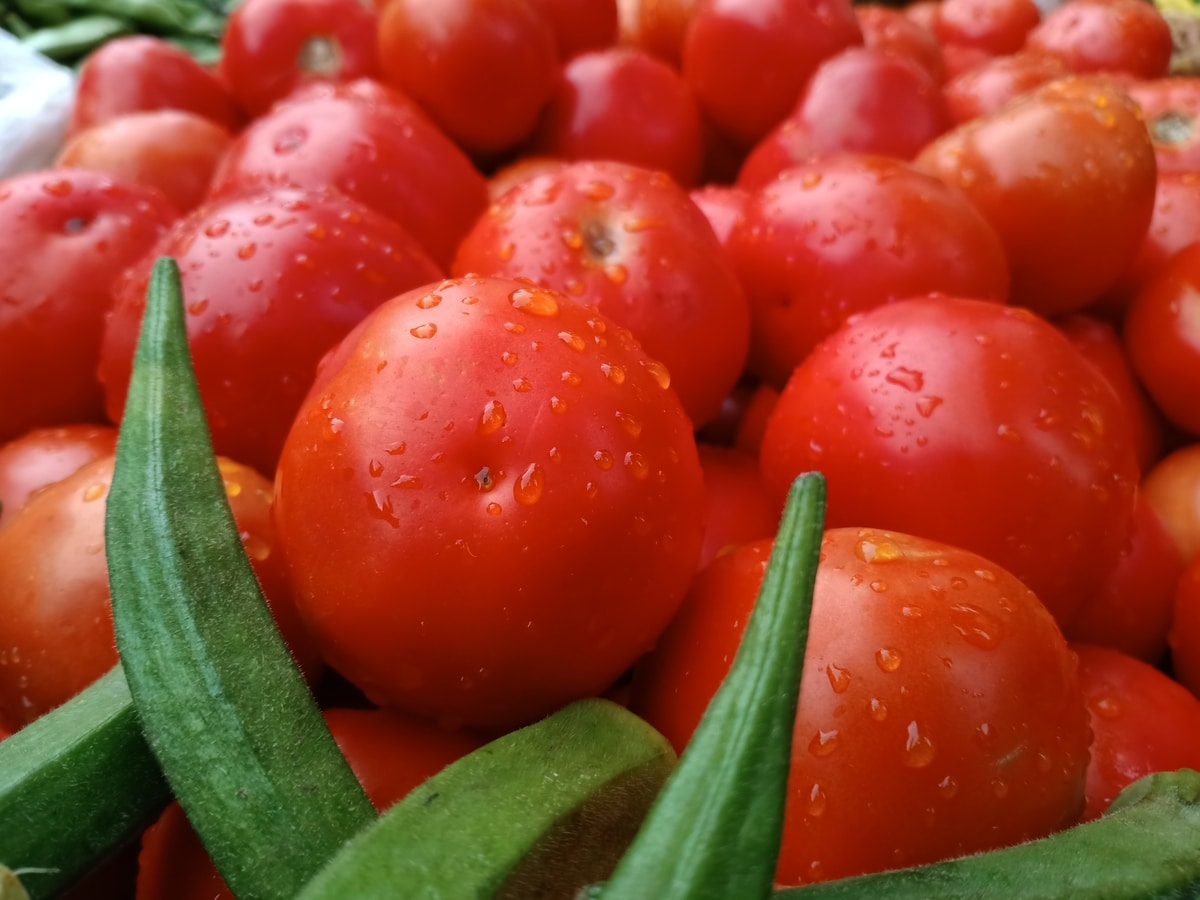 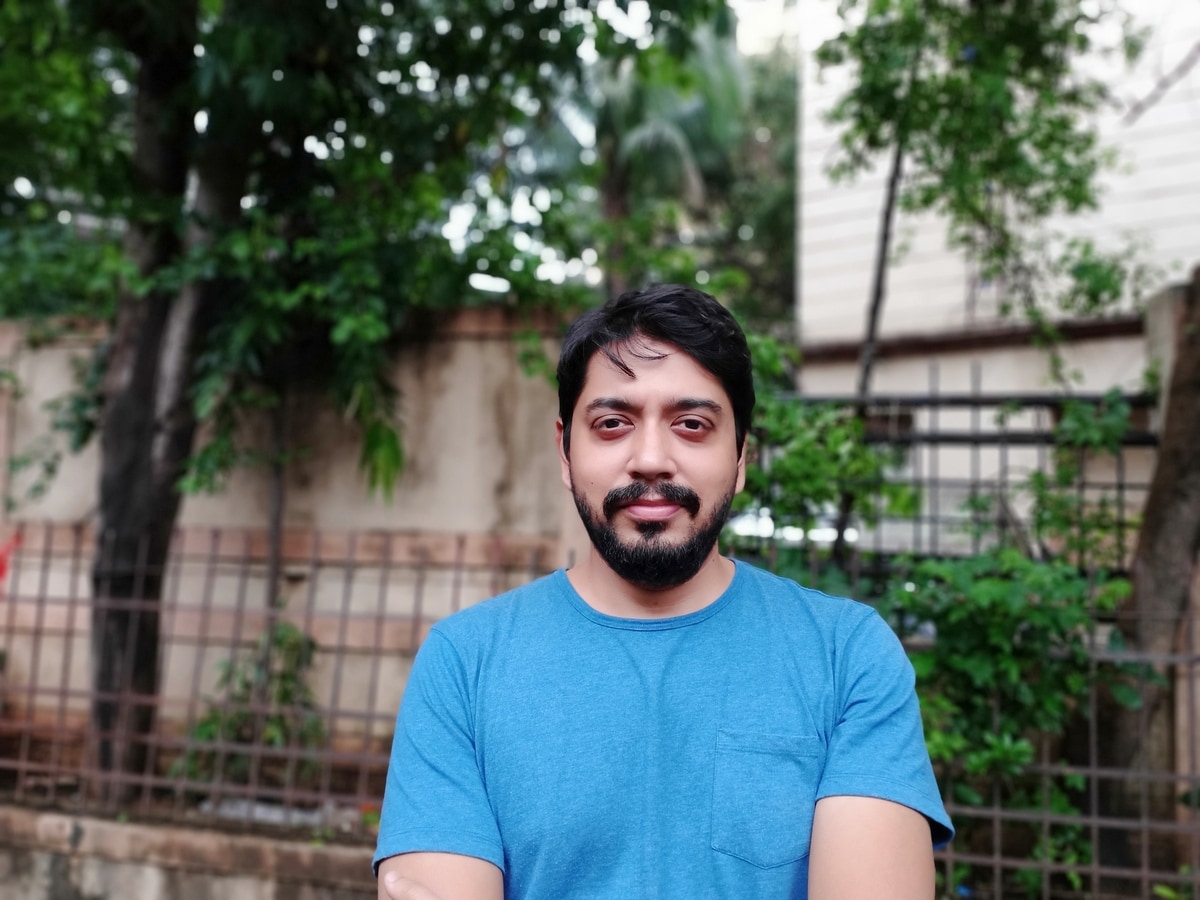 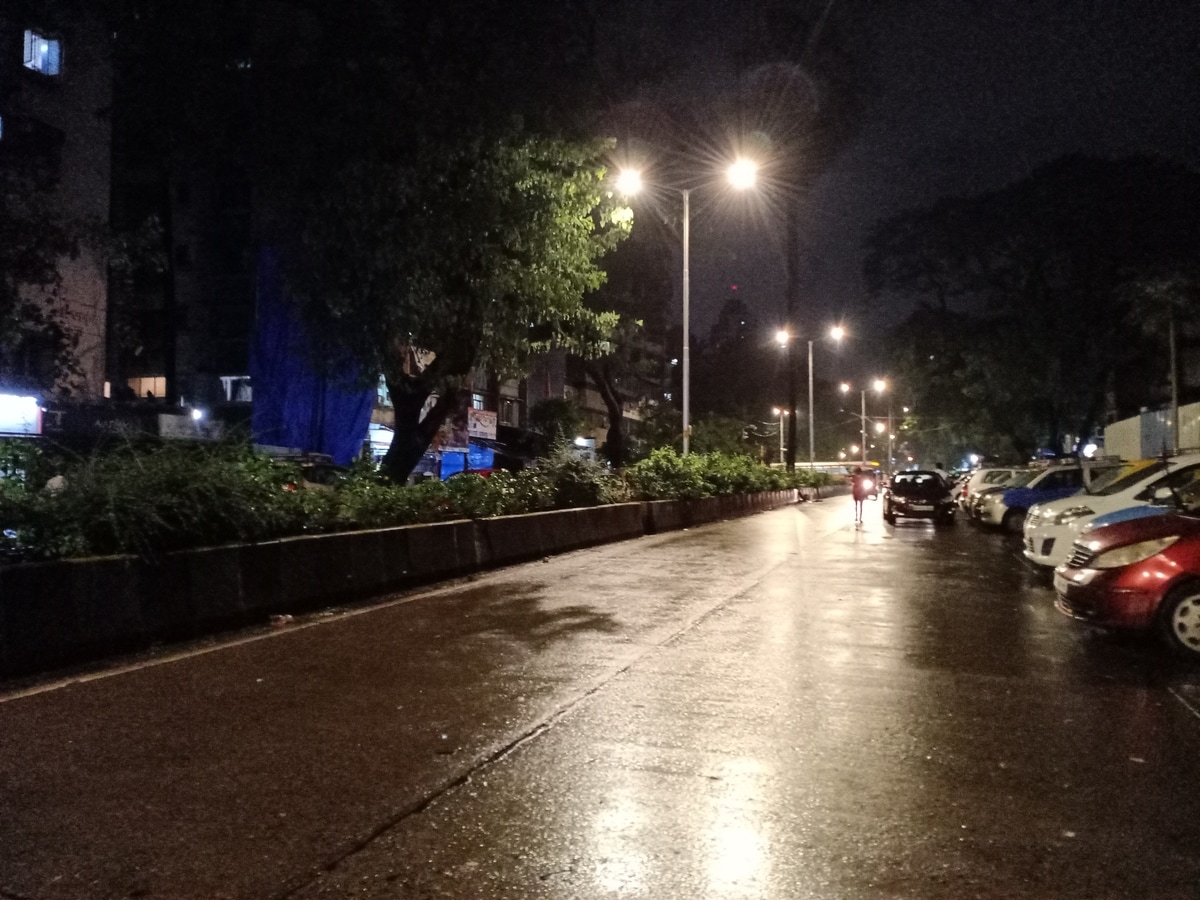 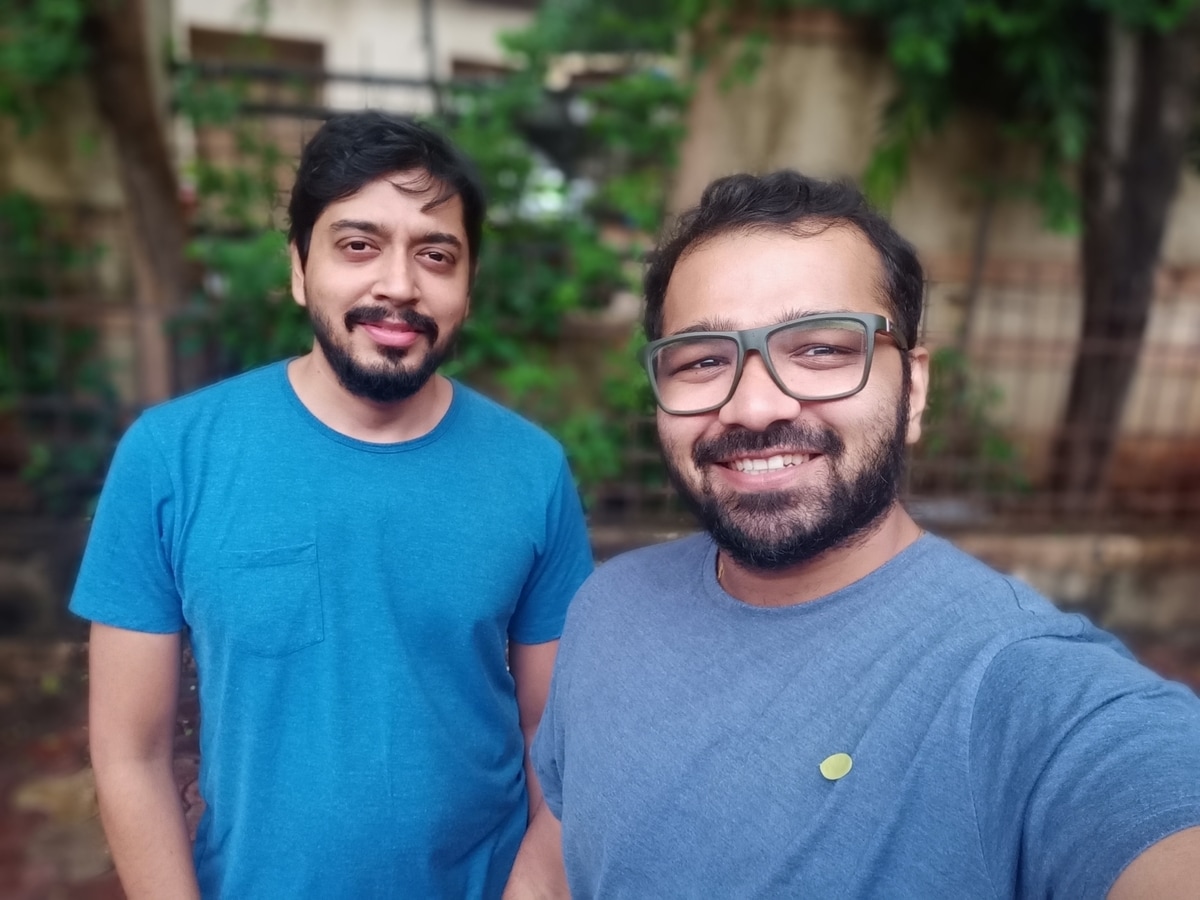 Portraits had a mild reddish tinge, but the phone managed very good edge detection. The Oppo A9 does not let you adjust the level of blur before or even after taking a shot. It seems that the Oppo A9 applies smoothening to its output, which is visible on the subject's face. We noticed that the Oppo A9 does a decent job when it comes to details in portraits, though.

In low light, the camera performance drops slightly. Also, you might have to wait for the AI to kick in and set the scene up correctly. Photos lacked detail but the Oppo A9 managed to keep noise under control. The output was good as is but appeared grainy on zooming in. The Night mode did help, delivering brighter images with improved details.

Selfies taken with the 16-megapixel front shooter were good, and the phone could meter light properly here as well. These shots also had decent details considering the price of the Oppo A9. Portraits taken with the selfie camera were acceptable, but edge detection needs some improvement. This phone could not blur the gaps between a person's arms and body.

Video recording maxes out at 1080p for both the primary camera as well as the selfie shooter. There is video stabilisation, and the Oppo A9 does a good job at reducing shakes in the output. However, we would have preferred the recorded video to be a bit sharper. In low light, there is a slight shimmer effect in video clips.

The Oppo A9 is a decent smartphone, but its current competition makes it less appealing. At Rs. 15,490 for the only configuration, the Oppo A9 does seem to be overpriced compared to its sibling, the Oppo K3 (Review), and other smartphones at around the same price point. While the MediaTek Helio P70 is a capable processor, it is competing with the likes of the Qualcomm Snapdragon 675 powering the Redmi Note 7 Pro (Review) and the Snapdragon 710 SoC powering the Realme X (Review) and Oppo K3 (Review).

Camera performance would have been acceptable for the price, but here again, the competition has recently upped the ante. If you are looking at a smartphone on a tight budget, the Redmi Note 7 Pro (Review) and Realme 3 Pro (Review) offer better value for money.

If you are willing to spend a little extra, the Realme X (Review) and Oppo K3 (Review) offer better cameras and more modern designs. However, if you are buying a smartphone in the offline market, it might be a lot easier to get your hands on the Oppo A9 than any of these alternatives.

Further reading: Oppo, Oppo A9 Review, Oppo A9 Specifications, Oppo A9 price in India
Aditya Shenoy Email Aditya
Aditya Shenoy reviews smartphones, wearables, headphones and speakers for Gadgets 360, out of Mumbai. Aditya is a reviewer for Gadgets 360 and has written extensively about smartphones, software updates, and upcoming devices. Aditya is available on Twitter at @adishenoy, and you can mail him at adityashenoy@ndtv.com, so please send in your leads and tips. More
Redmi Note 7 Pro, Redmi Note 7S Astro White Colour Variant Launched in India: Price, Specifications, Pre-Order Details
Realme 64-Megapixel Camera Phone to Launch in China on August 15, Company Confirms