Oppo is one of the few Chinese companies that prefers to focus on the mid-tier Android space, leaving others to fight over the budget market. Rather than competing on the basis of specifications and price, this brand has chosen to associate itself with selfies, and hopes to attract buyers who are willing to spend a little to make sure their social media feeds are well populated. The spotlight is usually on Oppo's F-series, with the most recent model, the Oppo F5 (Review), priced starting at just under Rs. 20,000. However, if your budget doesn't extend that far, you also now have the new Oppo A83 to consider.

Launched at Rs. 13,990, the Oppo A83 promises many of the same features as the F5, including "AI-powered" selfie beautification and a tall screen. Some things are of course cut down, but can this phone set itself apart in a very crowded space? Let's dive in and find out.

The defining feature of the Oppo A83 is its 18:9 screen, which is bound to attract attention. However, the phone doesn't quite achieve a "borderless" look, with fairly prominent spaces above and below the screen. The earpiece grille and front camera are very noticeable at the top, and there's no front flash, which is a surprising omission for a selfie-centric phone at this price level.

The metal rear shell curves around the sides of the phone, but there is a lip surrounding the front glass that felt a little scratchy. The rear camera protrudes by about 1mm and also has the same issue. The Oppo A83 is available in black and gold, and we liked the matte black finish that our review unit had. It looks good and is easy to grip. However, we'd still recommend using the snap-on plastic case that comes in the box, because the finish picks up fingerprints and light scratches very easily.

The power button is on the right, and above it is a tray with cutouts for two Nano-SIMs and one microSD card. The volume buttons are on the left. There's a Micro-USB port, 3.5mm audio socket, and speaker grille on the bottom. As expected, the Android navigation buttons are on-screen. The big surprise is that the Oppo A83 doesn't have a fingerprint sensor at all. Of course, Android OEMs have been copying Apple for years, so it was inevitable that someone else would do this. We just think that it doesn't really make sense because there isn't an alternative as robust as Apple's Face ID - you get standard face recognition which isn't as secure or convenient in all situations.

We really liked the fact that the Oppo A83 weighs only 143g, making it a lot more convenient to hold and use than many other phones. It also fits nicely in most pockets. You still have to stretch to reach all corners of the screen with one thumb, but we never felt that this phone would slip out of our grasp. 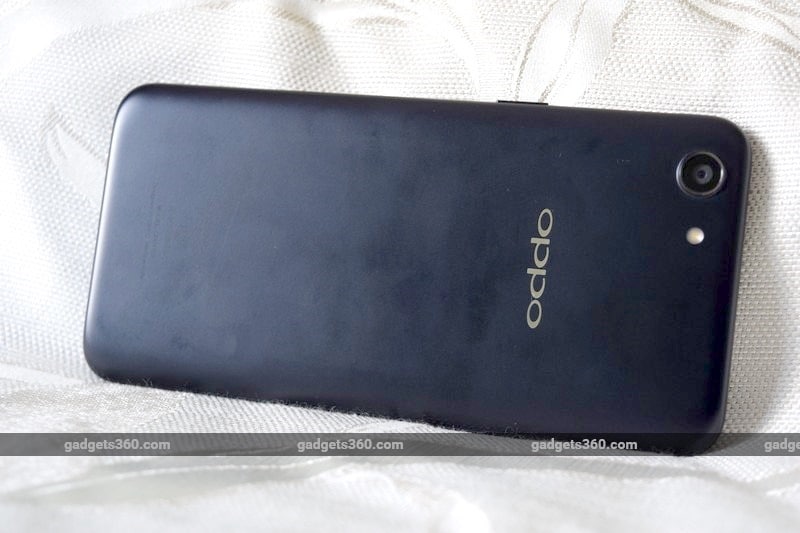 Oppo A83 specifications and software

One key difference between the A83 and the F5 is that this phone has a lower resolution screen, at 720x1440 pixels. It measures 5.7 inches diagonally, which is still pretty sharp, but not the best in its class. The battery comes in at 3180mAh, and fast charging isn't supported.

Most new phones still don't run Android 8.0, and this one is no exception. You get Android 7.1.1 with Oppo's custom ColorOS skin, which is unchanged from what we saw on the Oppo F5. It seems to be heavily influenced by iOS, in terms of layout as well as functionality. For starters, you have to swipe upwards from the bottom of the screen to bring up a panel with all the quick settings and some app shortcuts. The Settings app has also been rearranged quite drastically. There are a few gesture and motion shortcuts that let you unlock the phone and launch directly into an app of your choice. There's also a unique filter to protect against fake cellular base stations used by scammers, and an option to try to identify unknown callers. You can use two instances of social media apps with different accounts, and run two apps in split-screen mode (if they support it, which many of the stock apps don't).

ColorOS has its own Web browser as well as Music, Video, and Photos apps, which duplicate the functionality of the compulsory Google apps. There's also the Oppo AppStore in addition to the Google Play store, which has a lot of common apps and games on offer. The Themes app offers over 100 downloadable themes and wallpapers, which you can thankfully download without needing to create an account. Phone Manager contains the usual RAM and cache cleanup tools as well as an overview of all your privacy-related permissions. Other than these apps, Oppo also preloads Facebook, UC News, and Amazon Shopping. TouchPal is the default system keyboard. 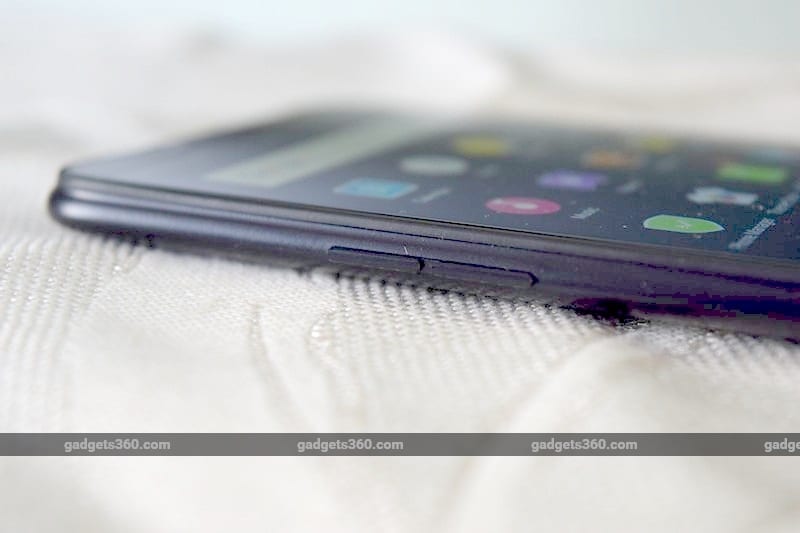 Soon after we started using the Oppo A83, we noticed that the screen has a slight issue with viewing angles. Whites tend to take on a yellow or blue tone if you're looking at the screen from off-centre, such as when the phone is lying on a table. This isn't a problem when you're holding the phone in front of you to watch videos or play a game. Text is crisp, and brightness is good enough for outdoor use.

General performance is pretty decent, and we didn't have trouble with any stuttering or lag. Games ran smoothly too, but the rear of the phone got slightly warm after a few minutes of playing Modern Combat 5. AnTuTu gave us a score of 68,132 and PCMark's Work 2.0 test gave us 3,903 points. Geekbench 4 refused to run, claiming that our phone was not connected to the Internet despite active 4G and Wi-Fi connections - we encountered exactly the same issue with the Oppo F5, possibly indicating a compatibility problem with ColorOS. GFXBench's T-rex test ran at 36fps which is an improvement over the Oppo F5's score, thanks to the lower resolution screen.

Face recognition is quick, and a lot more usable than it was on the Oppo F5. We were unable to fool this phone with a photo, but it still unlocked itself instantly when we had our eyes closed or had part of our face obscured. There's no way to set a timeout period after which the passcode is required. You can also use face recognition to lock specific apps or files on the phone.

The ColorOS camera app directly rips off Apple's design, down to the littlest detail. There's even a zoom button right above the mode selection ribbon even though this phone only has one camera lens and no optical zoom. There are a few simple filters and quick toggles for HDR and the flash. Expert Mode lets you adjust the white balance, shutter speed, exposure, focus and ISO manually, and also has an "Ultra resolution" toggle that uses multiple exposures to stitch together one high-resolution 50-megapixel frame, though quality is not really improved. 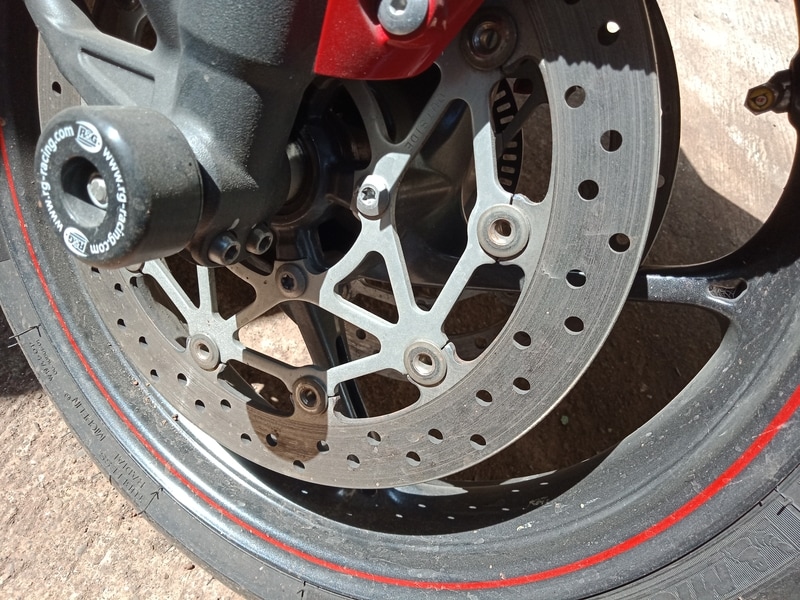 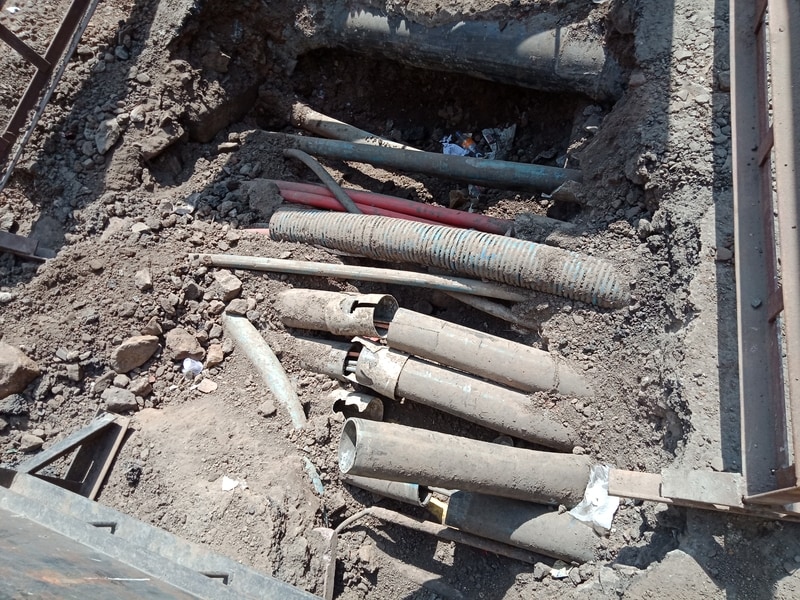 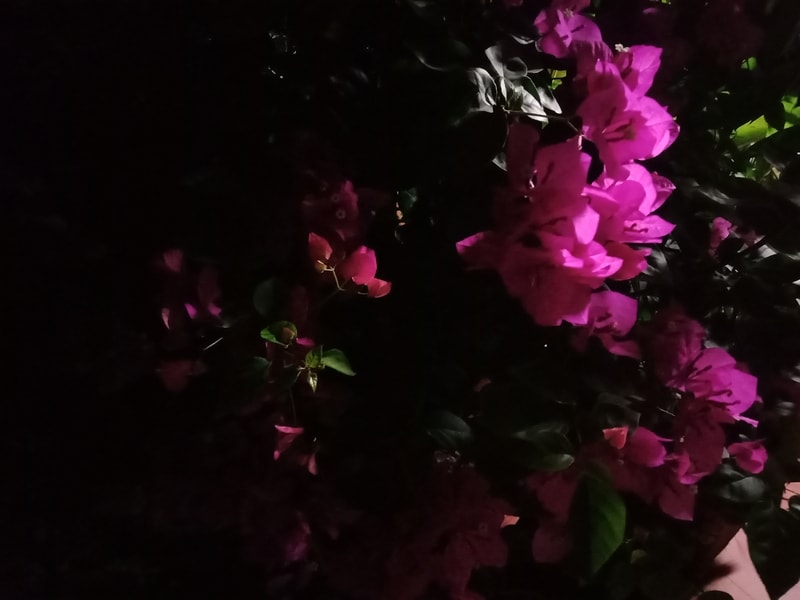 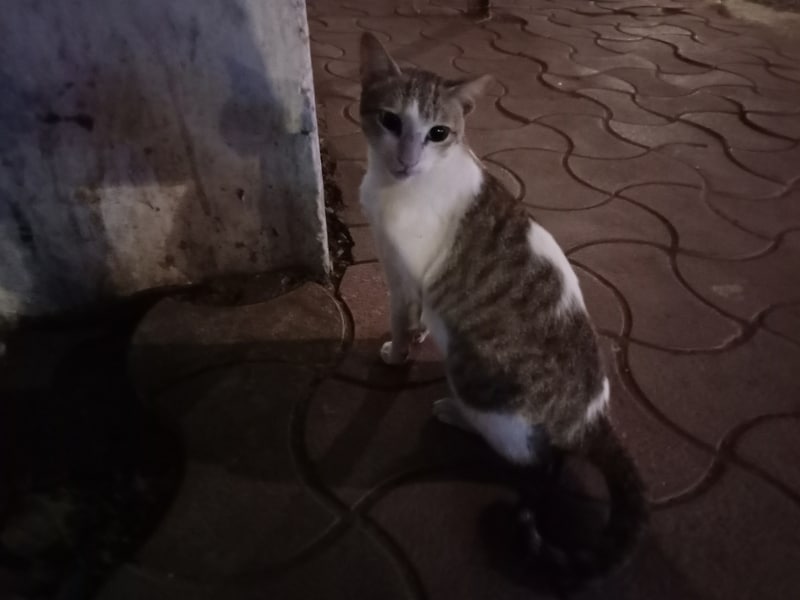 The front camera has an 8-megapixel sensor and f/2.2 aperture. The "AI-powered" beautification feature seems to be able to reduce blemishes, but skin looks completely artificial at the maximum level and we've seen more customisable adjustments from other manufacturers. Selfies are generally good enough for social media, but they're nothing to get too excited about.

The rear 13-megapixel camera also has an f/2.2 aperture. Photos taken under nearly any kind of lighting look good on the phone's screen, but zooming in on a large monitor shows the level of detail that's really captured. In daylight, textures look a bit rough and artificial, though close-ups are still quite good. Night-time shots look surprisingly good at first glance, but they don't hold up well when seen at full size, with lots of noise and blurring if there's even the slightest motion.

Battery life is good enough for a full day of casual usage involving a little gaming and video streaming, and we had a little bit of power left over at the end of each day. Our HD video loop test ran for 11 hours, 55 minutes which is a pretty good score for a battery that isn't huge at all by today's standards. We would have liked fast charging - it takes nearly three hours to fill up this battery when it's completely empty. 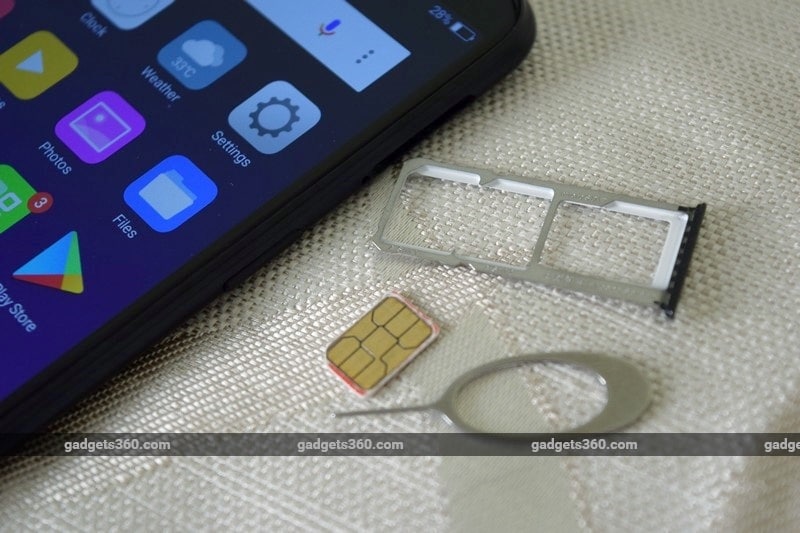 Verdict
The Oppo A83 feels like a competent all-rounder. Despite Oppo using selfies as the main selling point again, this phone is more of a general-purpose workhorse, without any major features that really stand out. It doesn't have dual cameras on the front or rear, and it doesn't have any specifications that break the mould for this price band. The one thing that sets it apart from the best options in the sub-Rs. 15,000 market right now is its 18:9 screen. Other manufacturers are already gearing up to release new models, but for now Oppo has the advantage.

The experience of using this phone is generally satisfactory across the board, with very few downsides. If you're very particular about photo quality you might want to look elsewhere. We would like an Android update soon, and we wish that Oppo wouldn't rely so much on trying to imitate iOS. The decision to forego a fingerprint sensor also strikes us as premature.

Oppo is competing with some excellent smartphones in this price bracket, such as the Moto G5S (Review) and Xiaomi Mi A1 (Review). It offers equivalent features and performance with a few tradeoffs balancing things out, so it's well worth considering if your budget is strictly capped at Rs. 15,000.