If there's one thing that has been established in 2014, it is that smartphone companies are desperate to capture the low end of the market and are willing to resort to cutthroat prices. IDC reports that the Indian smartphone market is growing by 84 percent annually. Newer players will have to be bold in order to enter the market and have any impact. One such new player is Oplus Tech.

Oplus has achieved a fair bit of success (or so it says) with its exclusive association with Snapdeal for selling its tablet, the Xonpad 7. Making good use of this opportunity, Oplus recently introduced a budget Android smartphone, the Xonphone 5, filled to the brim with great features. Even so, competition is stiff and the Xonphone 5 will have to prove its mettle. 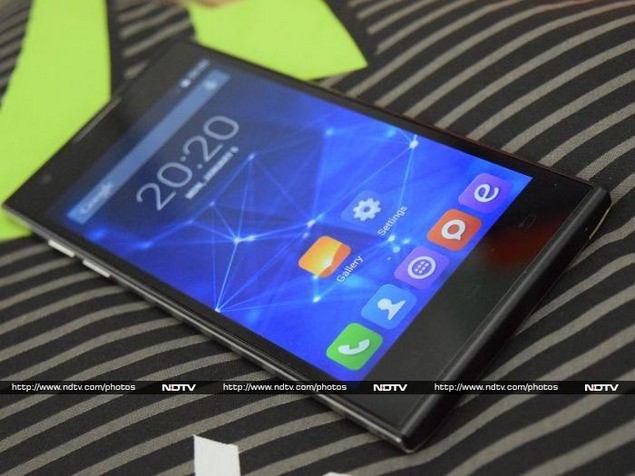 Look and feel
The Oplus Xonphone 5 is yet another candybar smartphone but it doesn't look too shabby for its price. In fact, it looks and feels premium with the exception of a single major design flaw - a protruding camera module.

We got the golden variant of the phone for review and think the two other colour options, grey and silver, look better. The front is mostly nondescript but the rear cover reminds us of the Samsung Galaxy S5 with a similar dotted pattern. The phone is mostly made of plastic but the sides are metal, which makes it sturdy. This is definitely a plus for a phone in this price range. The large 5-inch screen is flanked by small bezels on either side and the width of 71.5mm makes the phone comfortable to hold. On the other hand, the Xonphone 5 is tall at 143mm. The thickness of 7.8mm does not include the protruding camera lens. In any case, it is a slim device. The Xonphone 5's 170g heft is on the higher end of the spectrum and competing phones are generally much lighter. 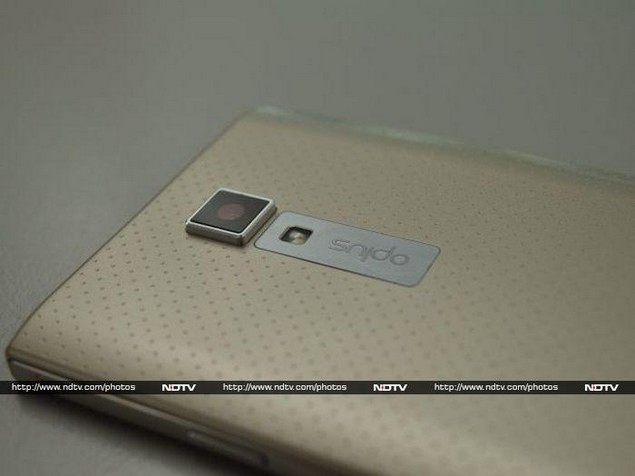 On the left are the volume up/down buttons and the right is the power button. A Micro-USB port and a 3.5mm jack are on the top edge. Above the 5-inch screen are the front-facing camera, a few sensors and the earpiece. Below it are the three capacitive buttons for navigation. On the rear, apart from the camera, is the loudspeaker grill.

Interestingly, the flash module sits on a strip of metal which has Oplus written on it in raised text. Also, the bundled accessories are blatant rip-offs of Apple's accessories. The headset looks just like the ones that used to come bundled with the iPhone 4 and 4S, and the charger and data cable look like Apple's current accessories.

Specifications and software
Running the show for the Xonphone 5 is a Mediatek MT6582 processor. This quad-core processor is clocked at 1.3GHz and has an integrated Mali-400MP GPU. There is 1GB of RAM for applications and services. Defying convention, the Xonphone 5 has a class-leading 16GB of internal storage space and also accepts microSD cards of up to 32GB in capacity.

The rear camera can shoot 8-megapixel images and has a flash for situations where light is low. This camera can also capture videos at 1080p. For selfies, there is a 2-megapixel front camera. The Xonphone 5 accepts two SIM cards; one Micro-SIM and one regular Mini-SIM. The Micro-SIM card can connect to a 3G network. The other connectivity options include Wi-Fi b/g/n and Bluetooth. Inside the Xonphone 5 is a 2,000mAh battery. 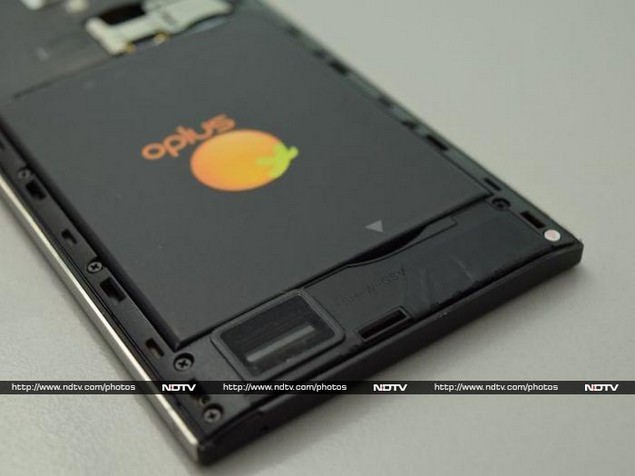 The 5-inch display has a resolution of 720x1280 which translates to a density of approximately 320ppi, ensuring that text looks sharp. The screen has a cool colour palette and as a result the blues are accentuated slightly. The viewing angles and sunlight legibility are not up to the mark.

When announced, the Oplus Xonphone 5 was one of the first budget smartphones to come with Android 4.4 KitKat out of the box. From the looks of it, Oplus has installed an icon pack on top of stock Android. It looks cartoonish and, for the most part, uninspired. It would have served Oplus better to stick to the original icons.

Thankfully, bloatware is restricted to a handful of games and the Snapdeal app, since the e-commerce brand is their retail partner. None of the additional software can be uninstalled. 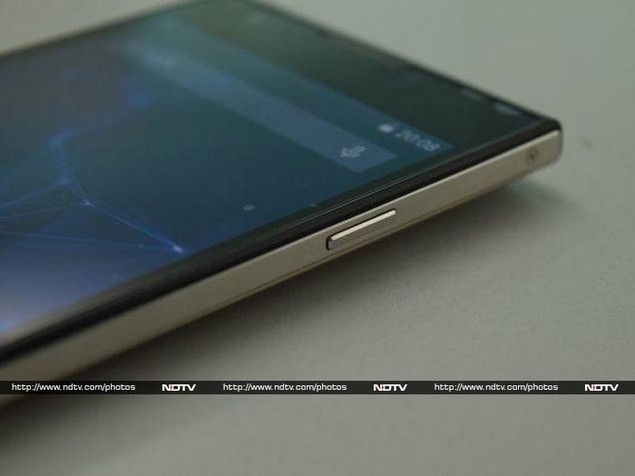 Camera
We are really at our wits' end when it comes to Indian smartphone companies sticking with the camera app from Android Gingerbread despite running the latest version of Android itself. We agree it is functional, but it looks downright ugly.

The 8-megapixel camera on the Xonphone 5 has a problem with exposing the right parts of an image. Moreover, images looked dull despite there being ample light. The colours were off with an evident purple fringing being visible in most of our test shots. In order to reduce graininess, the software merges details together to create a watercolour effect that looks unnatural. Images shot in low light are not usable. The photographs are okay if the only purpose is to show them to friends on the phone's screen itself. The quality of 1080p video captured also takes a hit because of the quality of the lens.

The 2-megapixel front camera, on the other hand, is fairly competent and images shot using it are serviceable enough for uploading to social networking websites. 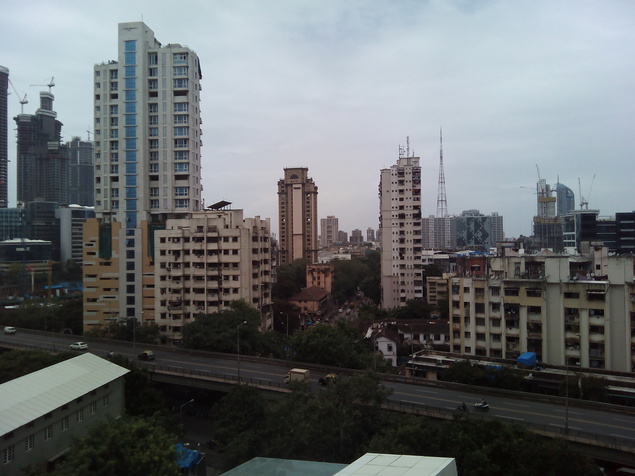 Performance
We were pleasantly surprised by the lag-free performance of the Oplus Xonphone 5 in daily usage. There were mostly no interruptions when opening/closing apps and scrolling through the app drawer.

While Quadrant and AnTuTu scores of 16,821 and 6,752 were comparable to those of other phones in the same price range, the graphics benchmarks scores were disappointing. The Xonphone 5 scored only 3,139 in our basic 3DMark Ice Storm test, and only 7 fps in the GFXbench test. These numbers are a result of the Mali400-MP2 powering a 720p screen. Casual gaming should be okay on the Xonphone 5 but graphically-intensive games like Asphalt 8 or Modern Combat series are bound to lag. 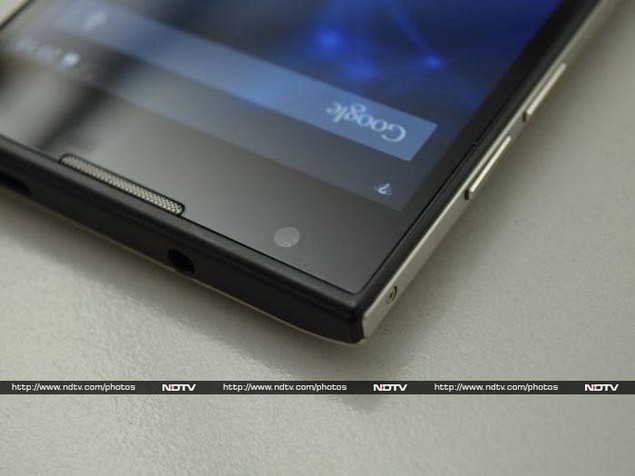 The phone played most of the videos we threw at it but the highly encoded 1080p video visibly skipped frames. The speaker is not too loud. The bundled headset is rather uncomfortable to wear for long periods but doesn't sound too bad. In our call quality tests we found that our voice was crystal clear for the person on the other end but we couldn't always hear them clearly.

The battery life on the Xonphone 5 is similar to what we've seen in other phones in this price range. In our test, it lasted us around 5 hours, 23 minutes before we had to recharge the phone. 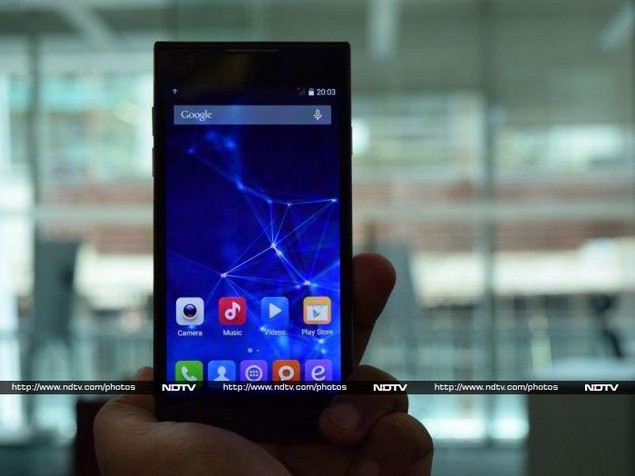 Verdict
The Xonphone 5 doesn't have any one great feature that stands out but the sum of all its features makes it well worth the price of Rs. 7,999. We liked the fact that it has a generous amount of internal storage and the body is infused with some metal to make it feel sturdy. Well-reviewed phones such as Motorola's Moto E, Asus' Zenphone 4 and Micromax's Unite 2 are all good options too.