This edition gets you a unique paint job and a cool-looking case.

Over the years, OnePlus has released a small number of special edition versions of its smartphones, and one of the coolest of them has to be the McLaren Edition (Review) of the OnePlus 6T. This was the phone that debuted the company's Warp Charge 30 fast charging technology, and there was no beating that slick paint job at the time. OnePlus has now launched a McLaren Edition of the OnePlus 7T Pro at a price of Rs. 58,999 and here's a quick look at what's new and different compared to the standard version.

Starting with the packaging, the box comes in an orange wrapper, inspired by the signature McLaren ‘papaya orange' colour. The actual box inside has a black carbon fibre look, with just the OnePlus and McLaren logos. Inside, we have some pamphlets with orange accents, but interestingly, no OnePlus logo or even McLaren stickers.

The charger and data cable also get special treatment. We have a black 30W charger and an orange braided cable, instead of the signature red rubber-coated one that the company usually ships with its phones. The quality of the accessories is top-notch, and all of them match the racing-inspired theme of this phone.

The bundled case for the McLaren Edition 7T Pro is also unique, and is placed in a separate compartment on the bottom of the box. This hard plastic case is lined with Alcantara, which is a soft and durable fabric material, typically used on the insides of sports cars to give them a premium feel. 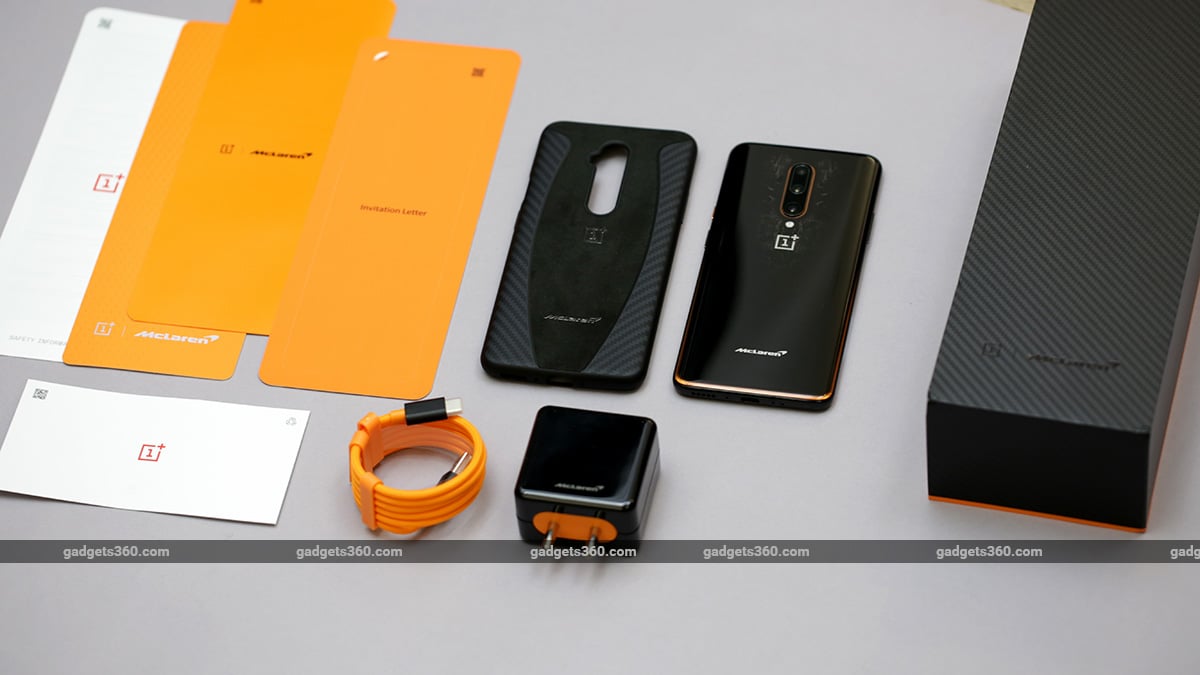 OnePlus calls the device's finish ‘Papaya Orange' but the phone is actually all black, with orange accents around the camera bump, the alert slider, and the lower back of the phone. The glass back is glossy with a wood-grain-like pattern, unlike the matte finish of the standard OnePlus 7T Pro. It's also more prone to attracting fingerprints.

Honestly, at first sight, we thought the pattern on the rear was an imprint from the plastic covering the phone came wrapped in, or some sort of smudge. The pattern is clearly visible around the camera bump but then fades out. It actually extends all the way down to the McLaren logo at the bottom, but its outer edges are only visible when holding this phone against the light at certain angles. 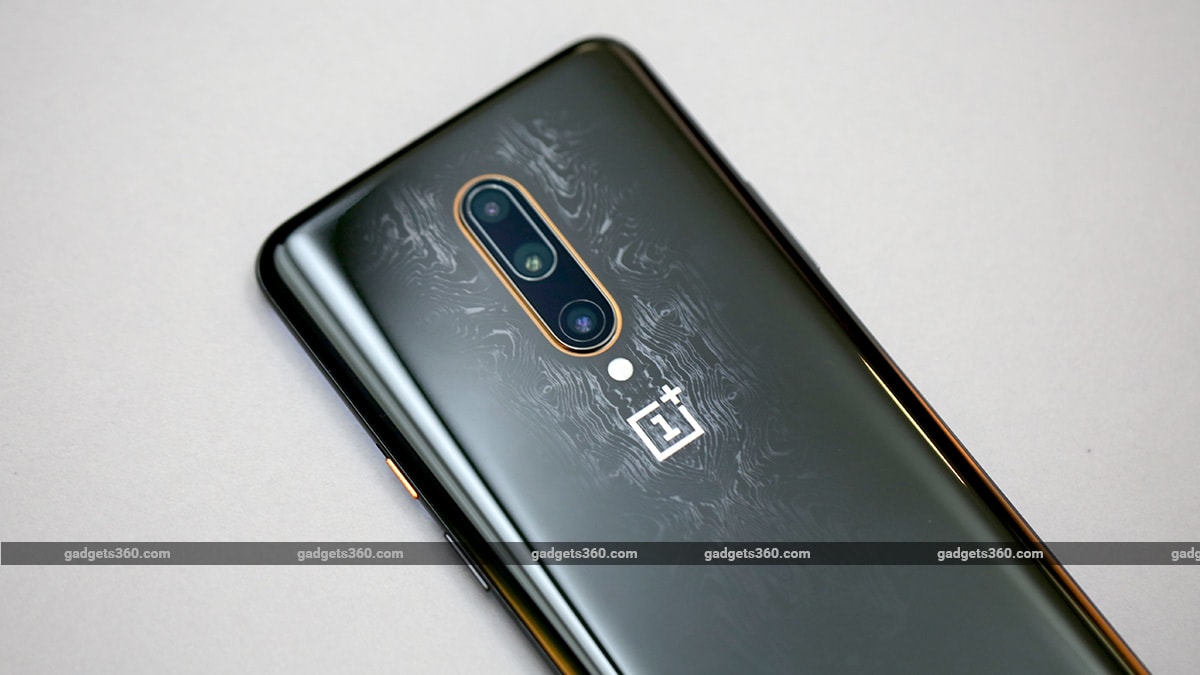 This OnePlus 7T Pro features a Qualcomm Snapdragon 855+ processor and 256GB of storage like its standard counterpart, but the RAM has been bumped up to 12GB. Other than this, there are no changes to the specifications of the McLaren Edition.

When you power it on, you'll notice a special McLaren UI theme. This includes custom wallpapers, animations, a clock face for the always-on display, a new fingerprint recognition animation, and a special papaya orange ‘horizon light' effect when you get a notification. The new fingerprint animation is something we especially liked, as it mimics the after-burn of a sportscar. Overall, OxygenOS with this theme looks slick.

In terms of performance, the OnePlus 7T Pro McLaren Edition feels incredibly fluid and snappy. Its 90Hz AMOLED display is bright and vibrant. Apps and games are also quick to load.

The McLaren Edition of the OnePlus 7T Pro is meant for hardcore racing fans who want a piece of the McLaren racing DNA in their smartphone. This is no doubt a well-crafted phone with a unique style, which fans might appreciate. We think OnePlus could have done better with the design at the back of the phone, though, but that's just our opinion. Would you buy this over the standard OnePlus 7T Pro? Let us know what you think via the comments.

product OnePlus has launched the OnePlus 7T Pro McLaren Edition, which is the second phone in the company’s lineup to get this treatment.