Nubia Z9 Mini Review: A Mid-Range Smartphone With a Camera That Stands Out 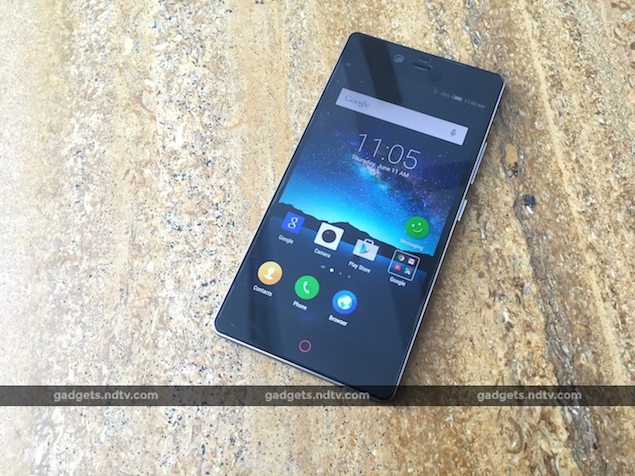 ZTE is among the top five smartphone manufacturers in China. The company entered India last year with powerful devices priced aggressively to take on the competition. However, it didn't rise to much prominence thanks to tough competition from brands like Xiaomi, Asus, and Motorola. We reviewed one of its phones, the ZTE V5 (Review | Pictures), and despite packing powerful hardware, we found that its middling software held it back.

Therefore, we think it is a smart decision for the company to refocus on a more premium brand: Nubia. One of the smartphones in this range is a scaled down version of the flagship Nubia Z9 (which comes in three variants: Classic, Elite and Exclusive). This mid-range smartphone is called the Nubia Z9 Mini and it has a really powerful camera. ZTE has also cleaned up its Android skin and has installed the latest version, Nubia UI 2.8, on the Z9 Mini. Let's find out if ZTE is successful in cleaning up its act. 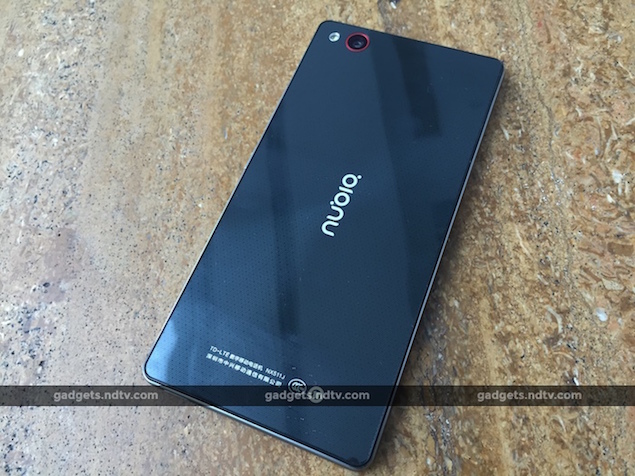 Look and feel
The Nubia Z9 Mini doesn't do anything drastic with the standard candybar design but is still a strikingly handsome smartphone. It isn't exactly slim at 8.2mm or lightweight at 147g. However, it feels about the right size for a phone with a 5-inch screen. Our only gripe with the design of the Z9 Mini is that it feels a little uncomfortable to hold because the metal trim running around the edges is raised and creates a ridge, which will dig into your palms. 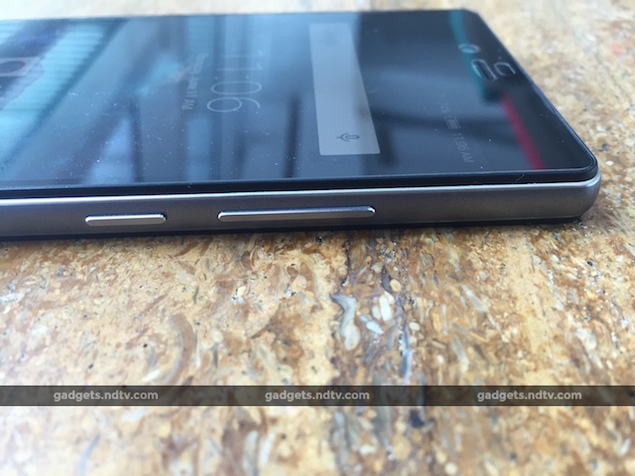 The Nubia Z9 Mini is predominately black but has small doses of red sprinkled around to distinguish it from the herd. For example, the rear camera is surrounded by a red ring and the three capacitive buttons below the display are backlit in red. Above the display you can find a small slit for the earpiece and a front-facing camera. The power button and the volume rocker sit on the right edge of the phone. The SIM card tray is on the left edge.

Located on the bottom are the Micro-USB port, speaker and microphone. The 3.5mm audio port and yet another microphone lie on the top. At first glance it looks like the rear is made of glass but in reality it is an extremely glossy and reflective sheet of plastic that can be removed. Removing the rear cover reveals the microSD card slot, but the battery is in-built and cannot be replaced.

Specifications and software
ZTE decided to go with a 1.5GHz octa-core Qualcomm Snapdragon 615 SoC featuring Adreno 405 graphics for the Nubia Z9 Mini. The phone also has 2GB of RAM and 16GB of storage space. This can be expanded by up to 128GB using a microSD card. Additionally, the Micro-USB port can act as a host for USB devices.

The Nubia Z9 Mini has a 16-megapixel rear camera with a Sony IMX234 sensor and the front camera can shoot 8-megapixel images. The phone accepts two Nano-SIM cards, one of which can connect to 4G networks even on the 2300MHz band which is used by Airtel. Other connectivity options include Wi-Fi 802.11 a/b/g/n/ac and Bluetooth 4.0. The battery has a rated capacity of 2900mAh. 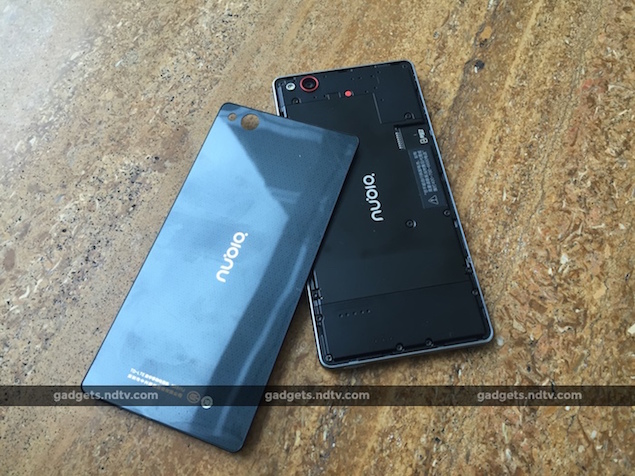 The 5-inch IPS LCD screen has a resolution of 1080x1920, which translates to an extremely high pixel density of 441ppi. The screen is crisp, adequately bright and not overtly saturated. It is also protected by Corning's Gorilla Glass 3. However, since it is very reflective the sunlight legibility takes a beating. The viewing angles are fine though.

The phone runs Android 5.0.2 (Lollipop) with the Nubia UI 2.8 skin on top of it. It has a flatter design and default apps have round icons. There is no app drawer and all apps are lined up on the home screens. The first home screen is filled with shortcuts to specific camera modes and you cannot move any other app there. There are touch gestures and smart sensing functions, for example you can double-tap to unlock the phone and flip it over to mute an incoming call. There is also a very laggy split-screen mode that doesn't make sense on a phone of this size. The Nubia UI 2.8 skin has toned down animations. However, it doesn't feel polished. The camera app crashed each time we switched to the high frame rate video mode. Also, there are places in the menu with serious grammatical errors. Such issues highlight that the software developers haven't paid attention to small details.

Camera
The Nubia Z9 Mini has one of the most feature-rich camera apps we've used with ample manual controls for the photographer. The Pro mode allows users to play around with ISO, white balance, focus, and the likes. One can also use shutter priority and enhanced depth-of-field detection. The selfie camera has a beauty mode and smile-to-capture function. 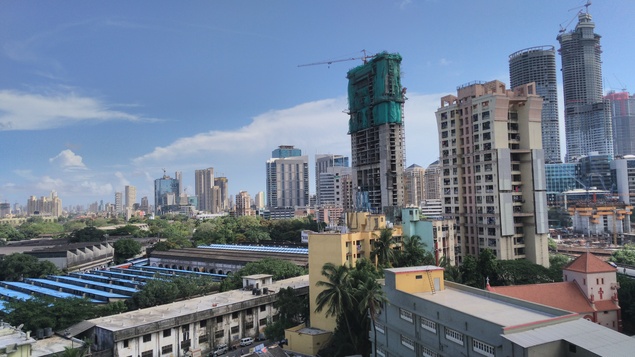 The 16-megapixel rear camera with its Sony IMX234 sensor and fast f/2.0 aperture surprised us with its consistently good performance, especially in good lighting conditions. What impressed us most was that the camera could handle even extremely contrasting lighting conditions with relative ease. The details in our daylight samples were really good. We didn't detect any noise, chromatic aberration or barrel distortion either. The colours were adequately saturated. The HDR mode does a decent job of improving dynamic range, although there are very few situations in whichone would actually need to use it. 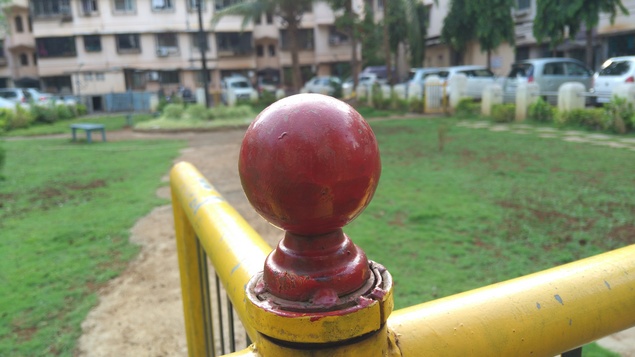 Auto-white balance in low light was completely off but the general performance was pretty decent. The camera works in such a way that it pumps up the noise levels but maintains the details. We prefer this to having thedetails softened. The 8-megapixel front camera is really good for selfies and the details it captures will definitely not disappoint you. The 1080p video captured by the primary camera was average and not a patch on the still image performance of the camera. Overall, we think the Nubia Z9 Mini has one of the better cameras in a smartphone under Rs. 20,000. 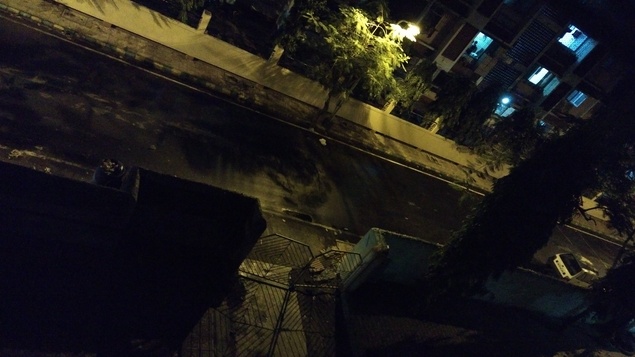 Performance
In our time with the phone, we didn't notice any stutter during daily usage. We mostly had a smooth experience. The phone however did get noticeably hot when we ran any processor intensive task such as playing games and editing photos. Thankfully, it doesn't get unbearable. 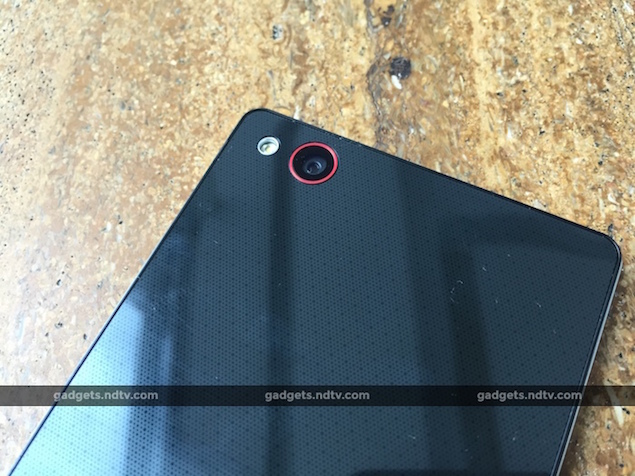 The AnTuTu and Quadrant benchmark scores of 31,973 and 16,600 respectively were slightly on the higher side when compared to other phones based on the same SoC. In GFXbench and 3DMark Ice Storm, the phone scored 14.7fps and 7,663 points respectively. The phone also managed to play our sample videos in different formats, including our 40Mbps high bit-rate one, without any issues.

The loudspeaker outputs tinny sound and crackles at maximum volume. ZTE doesn't bundle a headset with the Nubia Z9 Mini but we used our reference pair of earphones and the sound quality was top notch. While the phone managed to hold on to cellular networks during calls, the sound quality wasn't too great - the voice on our end was very faint. The battery lasted 8 hours and 46 minutes in our video loop test, which is not bad but not great either. Verdict
The Nubia Z9 Mini's camera performance left us pleasantly surprised. We would recommend this phone to anyone looking for a great camera in a smartphone that costs less than Rs. 20,000. Do bear in mind that the ZTE still needs to work on a few kinks in the software and that call quality is not up to the mark either. If you are willing to look past those issues, this phone should serve you well. Hopefully an over-the-air update will fix these issues soon.

We also liked the camera inside the Micromax Canvas Selfie (Review | Pictures). All said and done, we are glad that phone companies are realising that people looking for phones under Rs. 20,000 want a competent camera and are racing to outdo each other.