The Galaxy Note 10 Lite has a hole punch display

The Samsung Galaxy S series and the Galaxy Note series smartphones have always been prime examples of what high-end Android smartphones are capable of. These devices are highly sought after and have always commanded a premium over what the other brands have on offer. Now, in order to compete better with brands such as OnePlus, and to lower the entry point for the Galaxy S and Galaxy Note series, Samsung has launched the Galaxy S10 Lite and Galaxy Note 10 Lite. These new smartphones are priced at around Rs. 40,000 which is significantly lower than their respective non-lite versions.

The frame of the Galaxy Note 10 Lite feels like metal and gets cold to the touch in an air-conditioned room. The power and volume buttons are on the right, and are fairly reachable when holding the device in hand. On the left, you'll find the Galaxy Note 10 Lite's SIM tray. It has a USB Type-C port, 3.5mm headphone jack, loudspeaker grille, and the S Pen silo on the bottom. The inclusion of a 3.5mm headphone socket is surprising since the Galaxy S10 Lite doesn't have one. The only thing on the top is a secondary microphone. 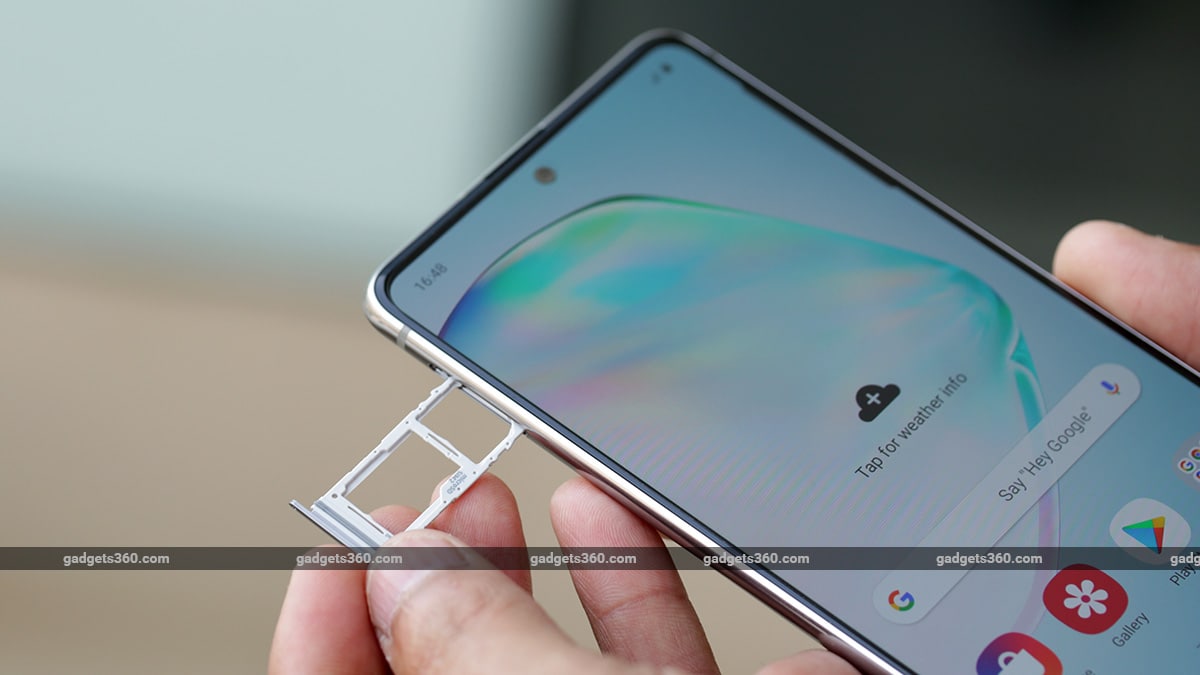 We found the back of this phone plasticky to the touch, and not premium like the glass panel on the Galaxy Note 10+. The rear also picks up smudges quite easily and you'll have to keep wiping it. Alternatively, you can use the case that Samsung includes in the box. The back has a rectangular camera module similar to what we have seen on recent Galaxy A-series smartphones. This camera module almost sits flush with the back panel. The phone is noticeably thick at 8.7mm and weighs 199g.

The Galaxy Note 10 Lite packs in a 4,500mAh battery and you get a 25W charger in the box. This charger has a USB type-C output, so there's also a USB Type-C to Type-C cable in the box. You get headphones too, but these are not the premium AKG units you get with the flagship series.

The Samsung Galaxy Note 10 Lite is powered by the Exynos 9810 SoC, not the Qualcomm Snapdragon 855 SoC like the Galaxy S10 Lite. The Exynos 9810 SoC is the exact same processor that Samsung used for the Galaxy S9 (Review) so it is two years old, and not something we were expecting on a smartphone at this price point today.

Connectivity options on the Galaxy Note 10 Lite include Bluetooth 5, dual-band Wi-Fi ac, NFC, and four navigation systems. All the usual sensors are present and the Note 10 Lite also packs in a 4,500mAh battery. The smartphone is available in two variants: the base variant has 6GB of RAM and 128GB of storage and is priced at Rs. 38,999. The higher variant gets 8GB of RAM and the same 128GB of storage for Rs. 40,999.

In terms of software, you get One UI 2.0 running on top of Android 10, and our review device was running the January 2020 security patch. We got used to One UI very quickly and did not have any issues navigating through the menus. You also have the option to enable swipe-based navigation. 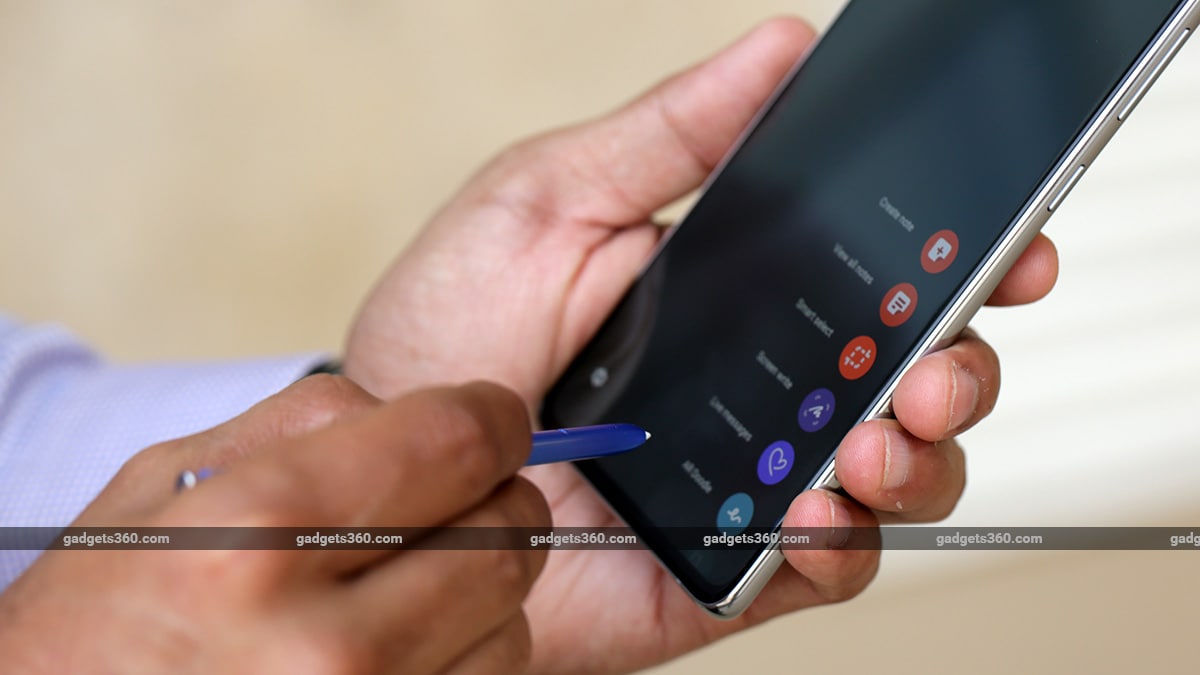 The S Pen charges automatically when its in its silo

Most of the S Pen stylus features of the high-end Galaxy Note series are still available on this smartphone. You can pull it out when the phone is in standby to quickly take notes on the device. The S Pen can be used as a remote shutter to take photos, and to switch between the primary and the selfie camera. You don't get some of the Air Actions that the Galaxy Note 10+'s S Pen can perform, such as zooming in or out and switching between different camera modes.

The phone comes with a few apps preinstalled, such as Facebook, Netflix, the entire suite of Google Apps, and a few Microsoft apps as well. The smartphone also has the ‘Link to Windows' feature that we saw on the Galaxy Note 10+. The Galaxy Store is an alternative to the Google Play store. Dolby Atmos is also available but only works with earphones and not with the loudspeaker of the device.

Samsung has used an older processor on the Galaxy Note 10 Lite, but you won't notice this till you run benchmarks at look at the numbers. The smartphone delivered a smooth user experience without any lag or stutter. We could even multitask on the device without needing to close apps running in the background.

We found the in-display fingerprint scanner to be slower than the ultrasonic one on the Galaxy Note 10+. There is face recognition as well, which uses the selfie camera positioned in the hole-punch to quickly scan faces and unlock the smartphone. 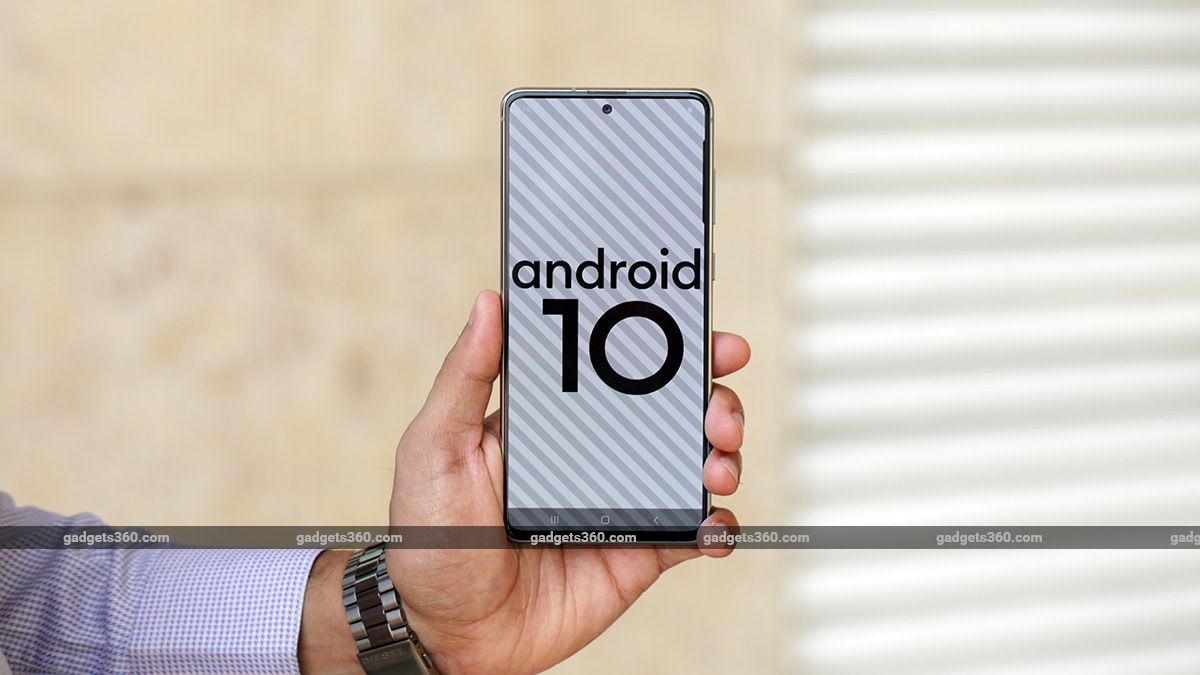 We played PUBG Mobile on the Galaxy Note 10 Lite and it defaulted to the High settings. We played a few arcade matches without any stutter. However, we did notice that the device got warm to the touch very quickly. It registered only a 4 percent battery drop after 10 minutes of gameplay.

In our HD video loop test, the smartphone lasted for 17 hours and 35 minutes which is a respectable time. With our usage, which consisted of playing a few games, browsing the Internet and using Google Maps for navigation, the battery easily lasted us for about a day and a half. The supplied 25W charger managed to get this phone to 60 percent in half an hour and took a little over an hour to get it to a full charge.

The camera module on the Galaxy Note 10 Lite is comprised of three 12-megapixel cameras. The primary one has an f/1.7 aperture as well as OIS, the wide-angle camera has an f/2.2 aperture, and the telephoto camera has an f/2.4 aperture. At the front, there's a 32-megapixel shooter with an f/2.2 aperture. There is no dual-pixel autofocus like we have seen on Samsung's flagship smartphones, and focusing is a little slower in comparison. The camera app will be familiar to Samsung users, and there are multiple shooting modes including Food, Night, Super Slow-Mo, and a Pro mode. The app also has AR Emojis which were available on last year's devices. 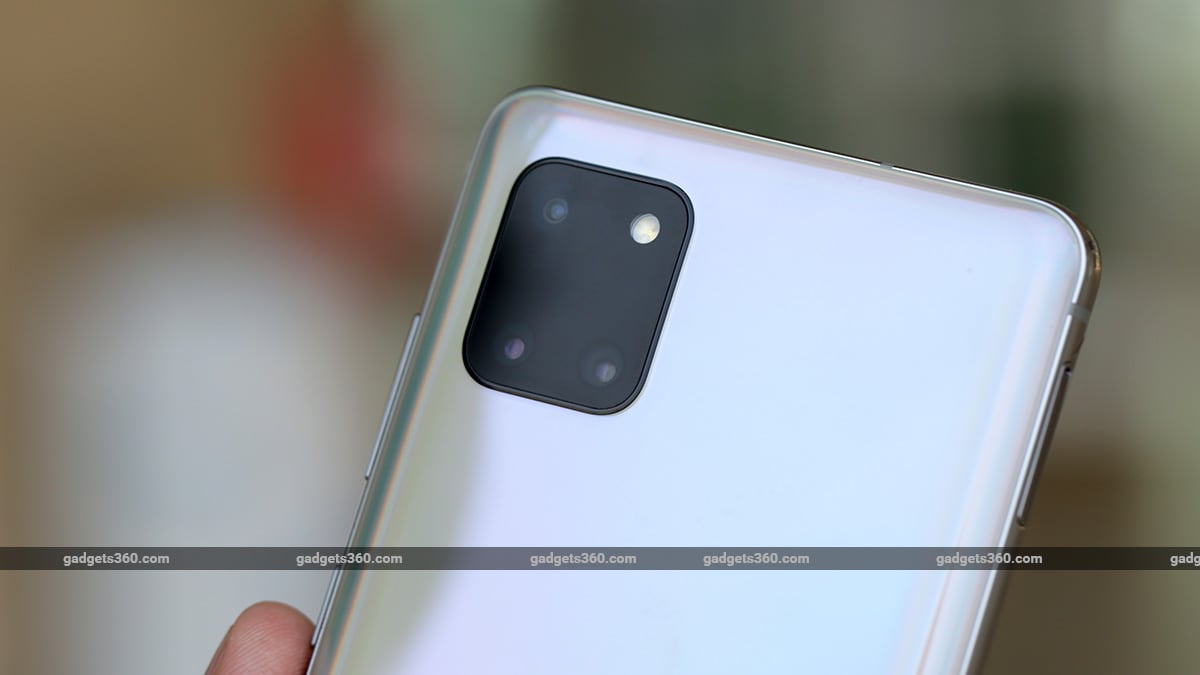 The camera app is well laid out, and switching between the three cameras is easy. The Galaxy Note 10 Lite meters light correctly when shooting in the day. Photos taken in the day had good details and text at a distance was legible. The wide-angle camera delivers the same colour tone as the primary camera which is a good thing. However, you will notice distortion at the edges of wide-angle photos. These shots were also low on details. 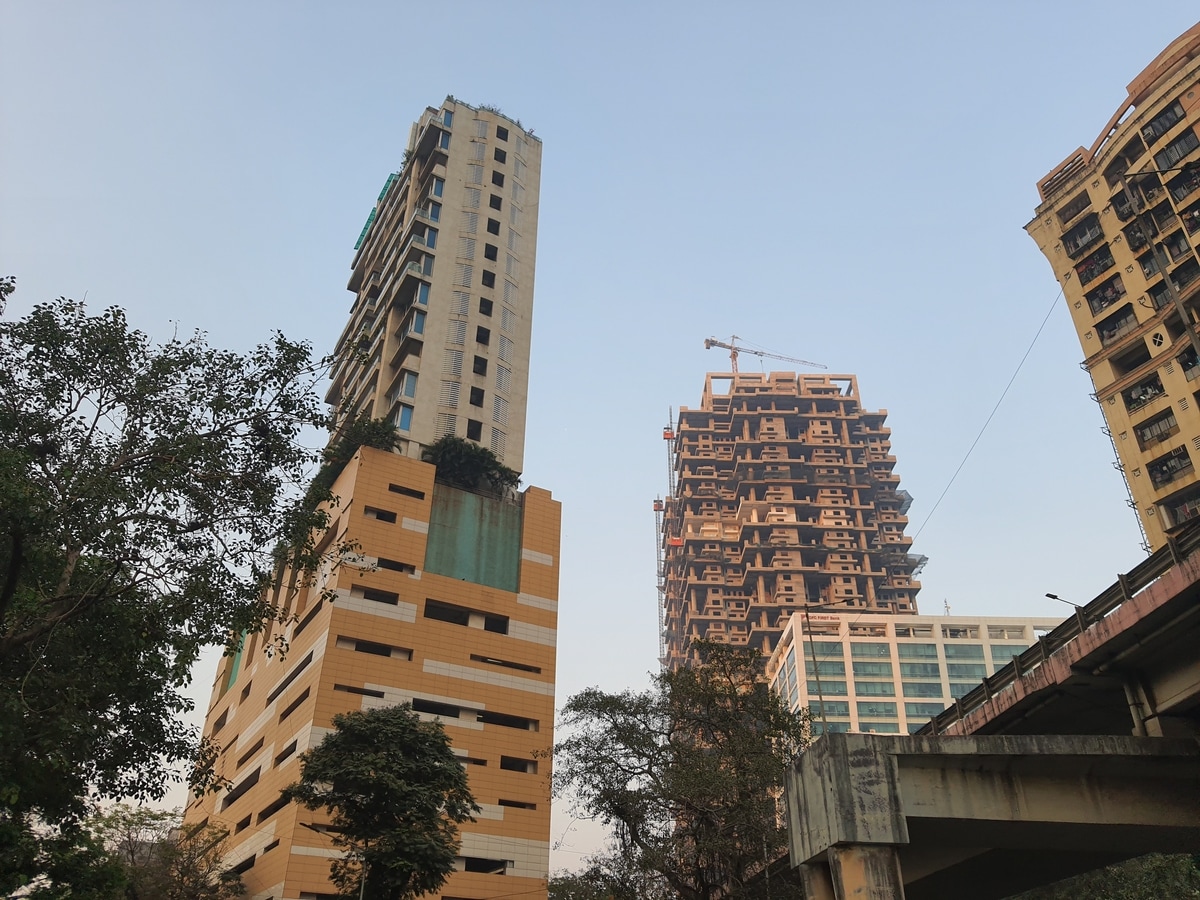 For close-ups, the Galaxy Note 10 Lite managed to take sharp shots, however, colours appeared boosted in some of them. Portrait mode gives you the option to shoot with both the primary as well as the telephoto camera. It also lets you set the level of blur before taking a shot. Portraits had good edge detection. 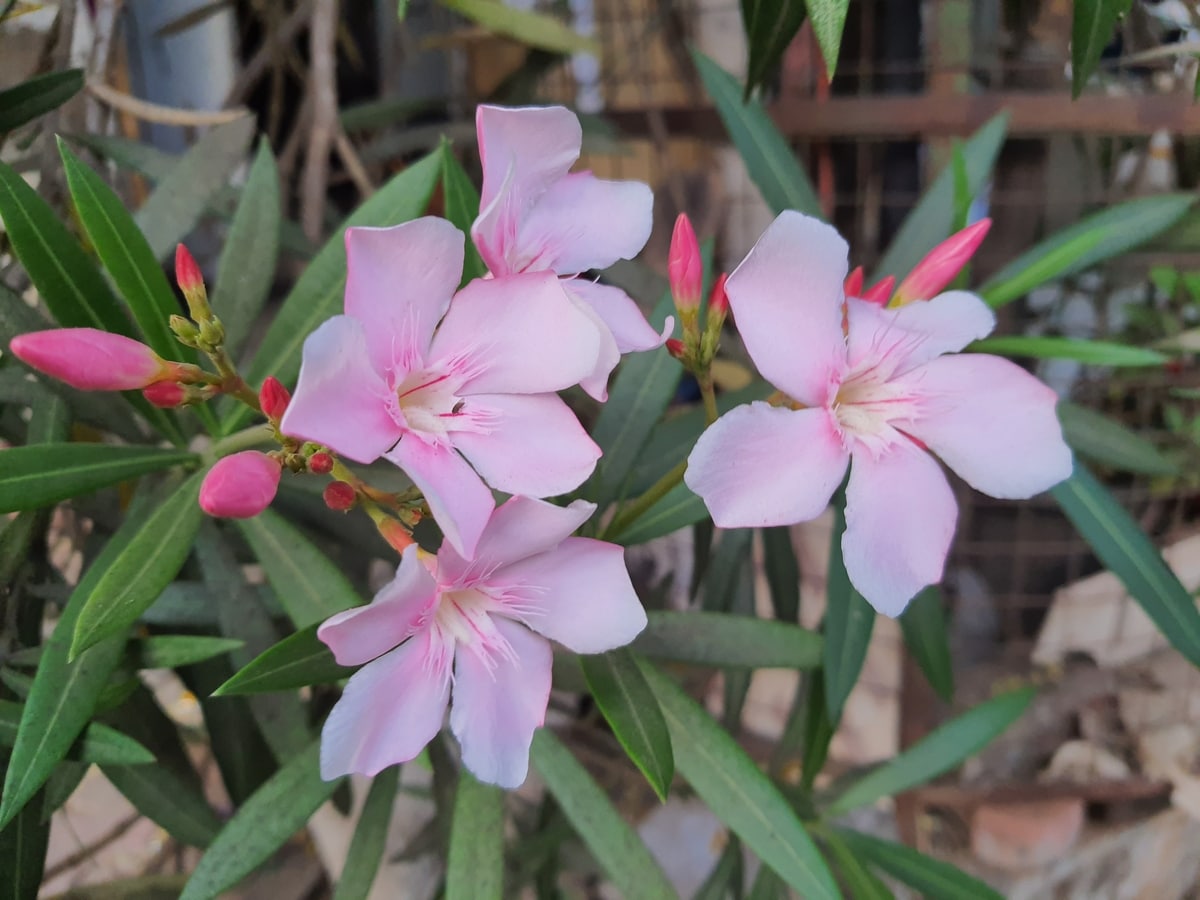 The scene optimiser on the Galaxy Note 10 Lite is quick to detect low light and set up the phone accordingly. We found the output to be strictly average in low light, as fine-grain was visible on zooming into an image. Switching to Night mode made a noticeable difference to the output. Shots were brighter and had better detail with lower noise. 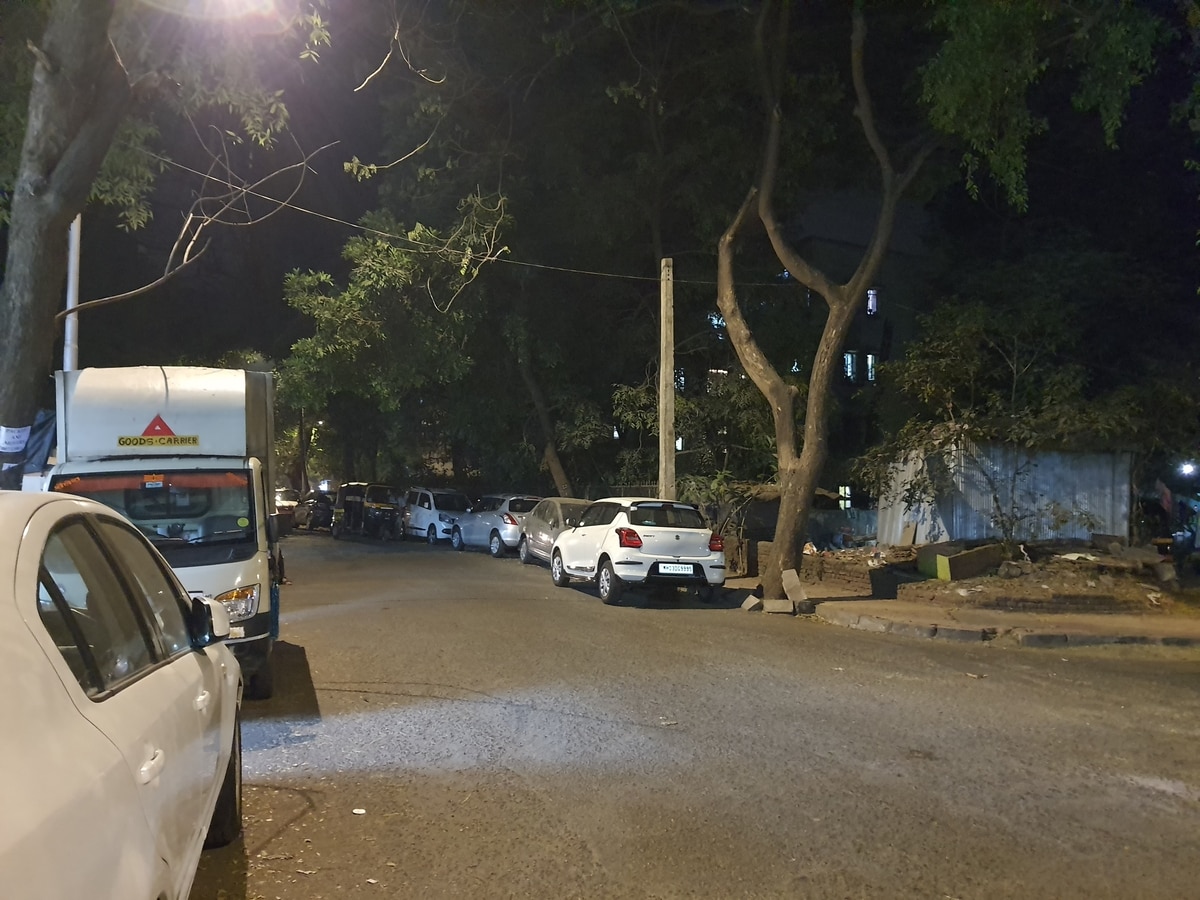 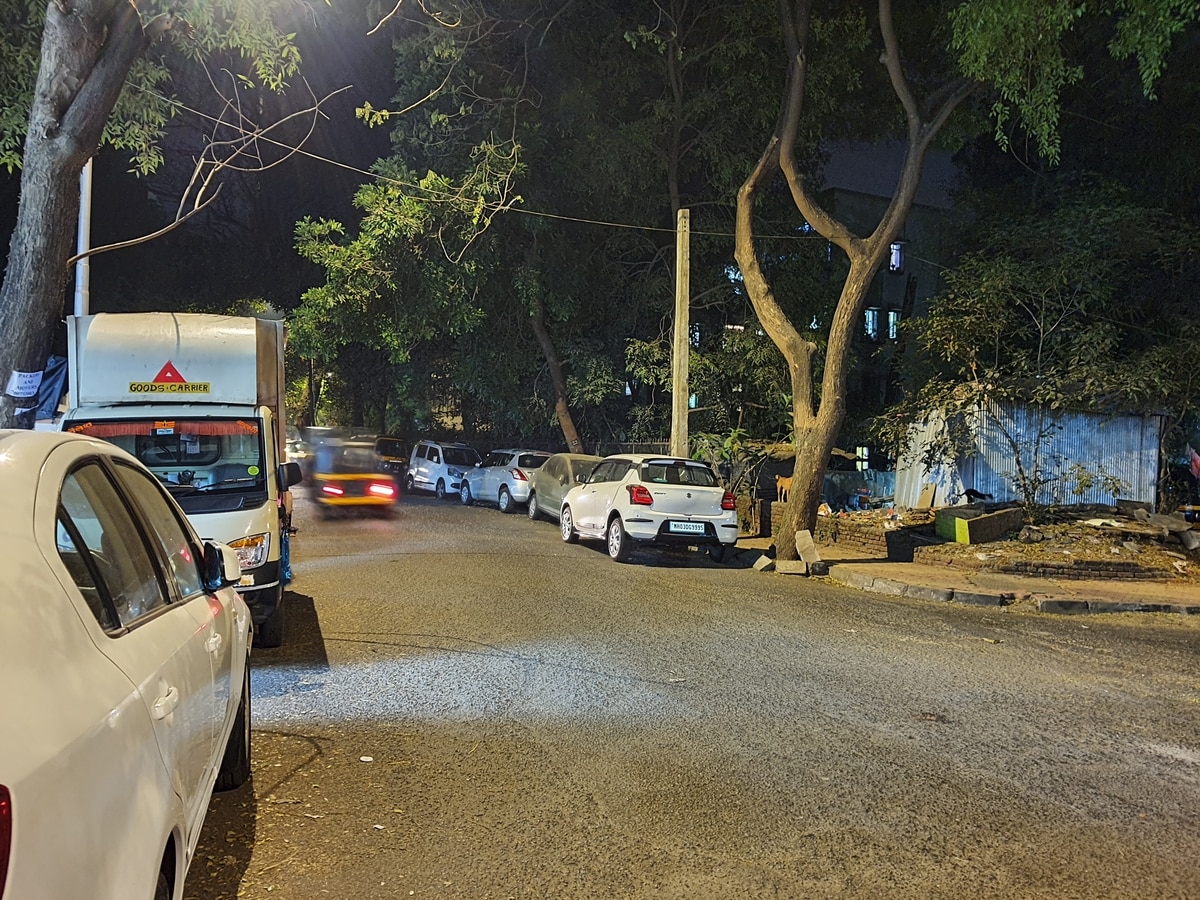 The selfie camera gives you a zoomed-in view by default but you do have the option to switch to a wider frame using a toggle in the viewfinder. Selfies with this wider field of view were captured as 10-megapixel oversampled shots. Beautification is enabled by default and you also have the option to tweak it before taking selfies. 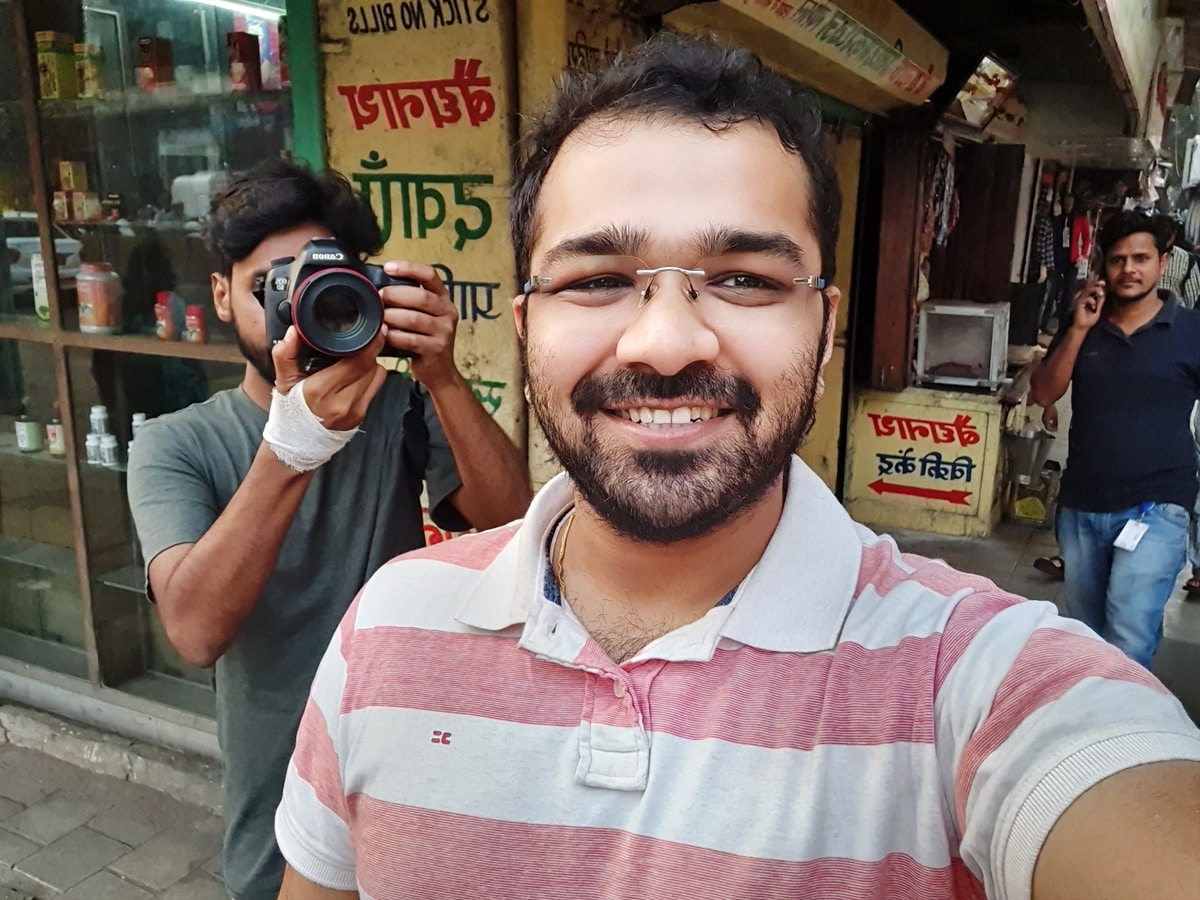 Video recording maxes out at 4K 60fps for the primary camera and 4K 30fps for the selfie shooter. The output is stabilised when shooting at 4K as well as 1080p, and you do have the option to switch between the three rear cameras while shooting. The Galaxy Note 10 Lite does a good job at stabilising video. It also has a Super Steady mode which uses the wide-angle camera to record video and crops the frame to stabilise it better. Video quality dips in low light and we noticed a shimmer effect in our sample clips.

Samsung has a strong hold over the flagship segment with its Galaxy S and Galaxy Note models. However, there's a gap in the market between the Rs. 35,000 and 50,000 price points. We had some doubts about Samsung diluting its Galaxy S and Note brands to target lower price points and while the Galaxy Note 10 Lite offers a similar software experience as its flagship-grade siblings, we do feel that the hardware could have been better.

Unlike the Samsung Galaxy S10 Lite, the Note 10 Lite sports a headphone jack and has the S Pen Stylus which helps it stand out. However, the use of a two-year old processor is not a good move in our books. The Galaxy Note 10 Lite will appeal to someone who wants the Note experience without paying full price for it.