Android and iOS have been ruling the smartphone space across the world. Most analysts and tech lovers are now looking at Windows Phone 8 to provide a third alternative. Since Nokia is the only smartphone maker that is investing solely in Windows devices, expectations from the company are even higher.

The Nokia Lumia 820 is one of the first Windows 8 devices to be available in India. It is a mid-range smartphone and comes with brightly coloured interchangeable shells. So will this device with its unique sense of design and Windows Phone 8 appeal to price conscious Indian consumers? We take a look.

Design/ Hardware
The Nokia Lumia 820 is not the best looking smartphone that the company is offering but it's not tastelessly done either. So let's get to the good part first. The Lumia 820 looks solid and the idea of interchangeable shells will certainly appeal to people who are looking for a funky or colourful looking smartphone.

The other important thing to note is that the Lumia 820 is not a unibody smartphone like its elder sibling, the Lumia 920. However, it is difficult to judge this aspect of the Lumia 820 at first glance. That said, one can remove the back panel and the battery to insert the Micro-SIM card and a microSD card. But getting to that is a task! 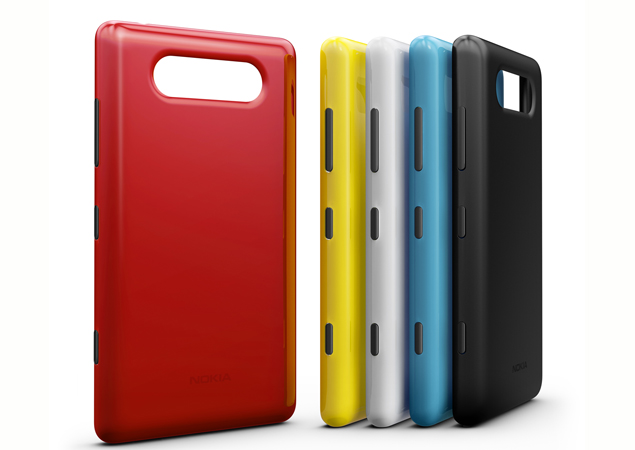 After failing to locate how to get the back cover open, we had to search the Internet regarding the same and found Nokia's post that explains how to do it. You have to push the screen hard on both sides to see the internals of this smartphone. Additionally, the back panel of the smartphone feels plasticky and cheap especially when compared with the rubbery and soft back panel of the Lumia 800 and Lumia 900.

The front of the screen is taken up by the 4.3-inch WVGA screen. Just below the screen are three soft press buttons - Back, Home and Search and above it is a front facing camera.

At 10mm thick, this smartphone has no desire to join the size zero brigade. However, thanks to the thickness, the side buttons of this smartphone are fairly large and easy to access. The right panel has the volume rocker, the power button and camera shortcut key. The top panel features only the 3.5mm jack while the lower panel houses the USB/ charging slot. There are no keys on the left panel of the smartphone. Weighing 160 grams, the Nokia Lumia 820 does feel lighter than the Lumia 920, but not in comparison to the other smartphones in its price range.

Display
The Nokia Lumia 820 sports a 4.3-inch AMOLED screen with ClearBlack technology. It has pixel dimensions of 800x480 translating to a pixel density of 217 ppi. It is noteworthy, that Samsung Galaxy S II has display 217 ppi while the Sony Xperia Ion boast of 323 ppi. So the Lumia 820 is not offering the best display at this price range, but it is not bad either. One can easily read the text on the device and the experience of watching YouTube videos was quite average.

The viewing angles of the Nokia Lumia 820 are good and so is the under sun visibility, all thanks to the ClearBlack technology. It has a reflective display. The Lumia 820 doesn't have Gorilla Glass protection but we did not really miss it much on this smartphone. 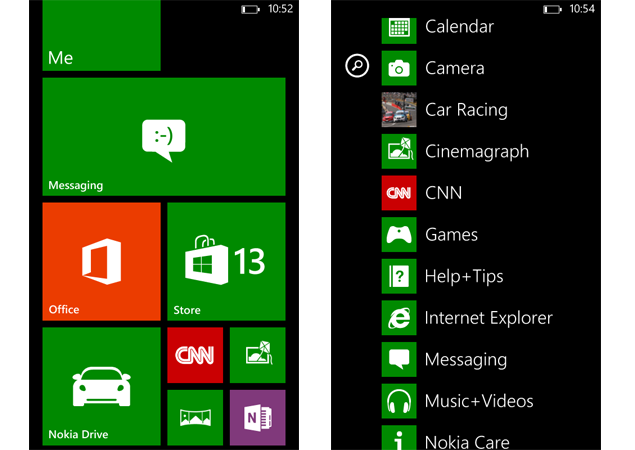 Software/ Interface
The Nokia Lumia 820 runs on Windows Phone 8. This operating system comes as a breath of fresh air and provides an interesting change from the existing range of Android smartphones. The customizable tiles look good and are easy to get accustomed to.

If you are not comfortable with the tile style of the display, you can swipe the screen to the right and see all the applications in the smartphone in an alphabetical order.

Windows Phone 8 also offers the 'People Hub', which helps in assimilating all contacts from Facebook, Twitter, LinkedIn, email address book and phone memory in one place.

Nokia Drive is a navigation application that gives turn by turn navigation. Nokia Music on the other hands gives access to DRM-free music for a year. To listen or download music from here, one needs to make an account and sign in via the same.

Smart Shoot is a camera app that clicks photographs in burst mode and enables users to choose the best click amongst the pictures clicked.

As these are Nokia apps, they are only available on the Nokia devices and not available on other Windows 8 devices being offered by the other handset makers such as Samsung and HTC.

The smartphone also comes with Microsoft Office pre-installed and for more apps one can hit the Microsoft Marketplace. The other apps available are Cinemagraph, Angry Birds Roost, Panorama, Wallet and CNN. 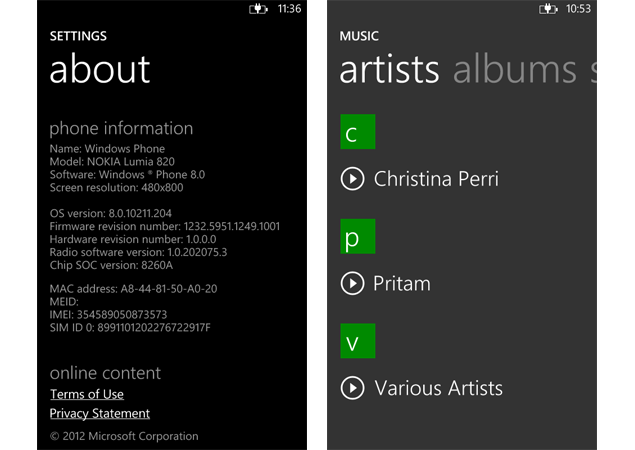 Though the Microsoft Marketplace has been adding applications and at the last count there were 120,000 apps in there, but there is still space for more quality apps to be added in.

There are no prizes for guessing that the smartphone uses Internet Explorer to browse the Internet and the experience of using the same is breezy.

Camera
The Nokia Lumia 820 does not come with the PureView branding found on the Lumia 920 and the much talked about PureView 808. But the 8-megapixel shooter on-board is not bad in itself. The pictures clicked from this smartphone are crisp and sharp. The dedicated camera button makes it easy to click pictures and one can use touch gestures to zoom-in or out of the frame.

With the help of the stock camera app one change the settings for exposure value and white balance. The clicked images can be shared via Bluetooth, NFC or can be sent as MMS.

One can also download more camera apps through the Lenses feature that can aid photography.

The Lumia 820 is capable of clicking videos in 1080p at 30 fps, however the default setting is of 720p. The videos clicked through this smartphone are decent.

Performance/ Battery
Nokia Lumia comes with a 1.5 GHz dual-core Snapdragon S4 processor accompanied by 1GB RAM, which is adequate to make this smartphone zippy and responsive. We did not experience any lags while multi-tasking on this smartphone.

We tried playing popular car racing games and Fruit Ninja on the device and the gaming experience was satisfying.

The smartphone comes with 8GB of internal storage of which 5.1GB is available to the user. One can also add up to 64GB of memory through a microSD card. The Finnish smartphone maker is also offering 7GB of free cloud space through SkyDrive.

The call quality of the smartphone through loudspeaker and the headset is great. Even music playback on this smartphone is pretty good. The in-ear headphones that come with this smartphone are soft and comfortable to wear for longer durations. The smartphone supports MP3 and WAV audio formats and MP4 and AVI (up to 1080p) video formats. However, the native player does not support MKV files. 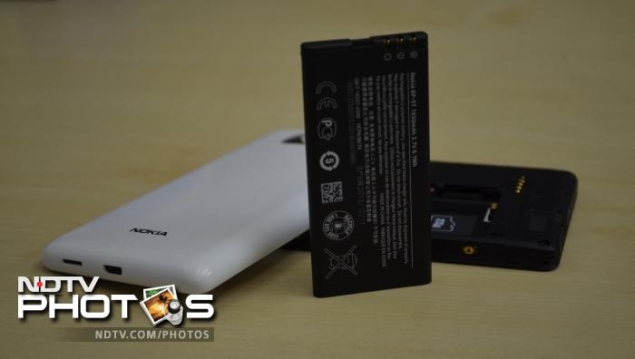 The Lumia 820 comes with a 1,650mAh battery and it easily lasts a day and half with moderate usage without using any power-saving techniques.

Just like the Nokia Lumia 920, the Lumia 820 also supports the Qi wireless charging standards. Users will have to purchase separate charging covers for the device at an additional cost.

Verdict
We found the Nokia Lumia 820 to be a decent offering and a welcome change from the Android smartphones. Though these are still early days for the Windows Phone 8 OS, we can see how the ecosystem has evolved over a period of time.

We think the Nokia Lumia 820 is a well packaged smartphone from the company that delivers a good performance and offers a decent battery backup for the price that it commands.

There are quite a handful of interesting apps, and Microsoft is striving to add more value in this direction and hopefully things will look up for this eco-system as we progress further.

Overall, the device performs well and is a quite an interesting mid-range offering.