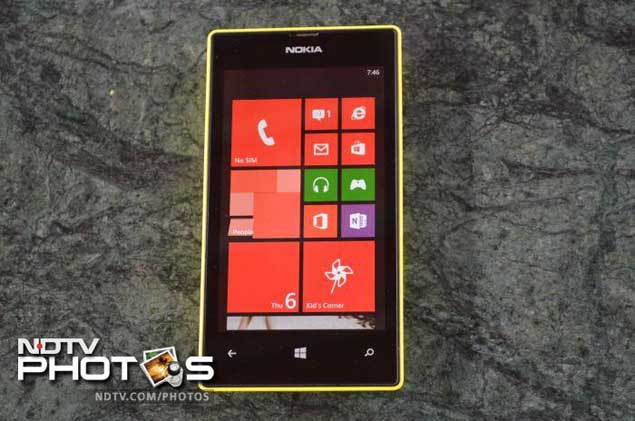 Nokia has been trying hard to make its mark in the smartphone race. The company had earlier launched its high-end and mid-range Windows Phone 8 offerings in the form of Lumia 920 and Lumia 820. The Finnish giant now seems to be gunning for the budget smartphone market. It had launched the Lumia 620 at the sub Rs. 15,000 price point in March 2013.

The company has now launched the Nokia Lumia 520 for Rs. 10,499. It is by far the cheapest Windows Phone 8 offering but does the smartphone make significant compromises to get to this price point? Or is it a good value buy? We find out in this review.

Build/ Design
Nokia Lumia 520 follows the same design philosophy as its other Lumia siblings. It comes in a host of colours such as yellow, blue, red along with the usual black and white. You can also change the rear casing (at an extra cost) in order to the match the colour of your smartphone as per your mood. We got our hands on a yellow unit.

It is not a unibody smartphone, which means one can access the battery and the SIM slot. Opening the back casing of the Lumia 520 is child's play in comparison to the Lumia 820.

The polycarbonate body of the smartphone oozes sturdiness. Nokia Lumia 520 is slimmer and lighter than the Lumia 620 and Lumia 820. In fact it looks slightly premium in terms of looks when compared with the Lumia 620. The Lumia 520 has a soft, matte-finish, which we preferred over the glossy finish of the Lumia 820.

The Nokia Lumia 520 is 9.9 thick and weighs 124 grams, and is nowhere close to the size zero smartphones floating around. At the same time, it is does not feel heavy in the hand. Its curved back makes it easy to grip and on the overall gives it a nice feel.

Most of the front is taken by 4-inch screen, which is scratch resistant. However, the screen surface of Lumia 520 feels slightly rough as compared to screens of the other Lumia devices. There are three capacitive Windows Phone buttons - Back, Start and Search placed just below the screen. 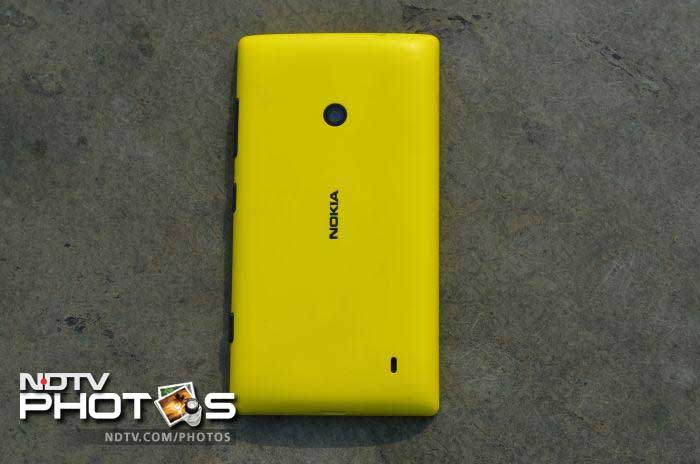 The right panel houses the volume rocker, power/ standby button as well as the camera shortcut key. Having all the physical buttons on one panel can be a bit confusing and you will have to fidget a bit to get used to the button placement. On the positive side, the buttons are fairly sized and reasonably responsive.

Display
Most of the smartphones under the Lumia range come with ClearBack LCD display. The Lumia 520 is an exception in this regards. To make the smartphone cost effective, the Finnish smartphone maker has opted for a 4-inch IPS LCD with an 480x800 pixel resolution at 233ppi. Hence the picture clarity of the screen is not that great compared to other Lumia smartphones, but it not bad when compared with other smartphones offered at a similar price point.

Text, videos and pictures look sharp and crisp on the Lumia 520. However, it is on the contrast front that the screen of Lumia 520 takes a hit. The viewing angles of the Lumia 520 are good and so is the under sun legibility.

The touch response of Nokia Lumia 520 is very good. As a matter of fact, Lumia 520 deploys super-sensitive touchscreen technology that enables you to operate the screen even with your fingernails or while you are wearing gloves. The smartphone takes a little while to get used to the touch but post that there is simply no looking back.

The screen is reflective and is also a finger print magnet. 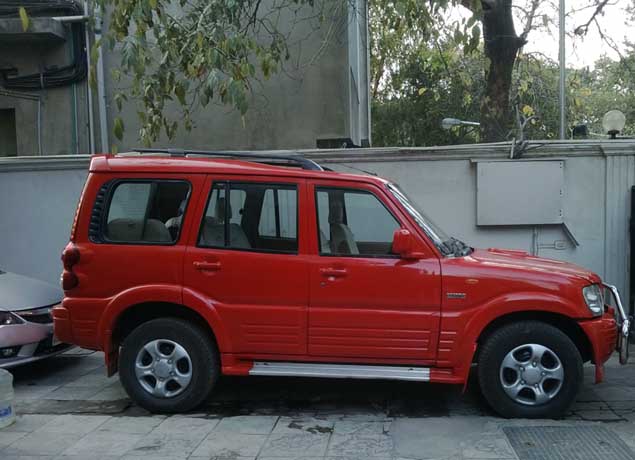 Camera
The Nokia Lumia 520 comes with 5-megapixel camera at the rear which can record video at up to 720p. The good thing about the camera is that it is an autofocus rather than fixed focus system, which is usually on-board most budget smartphones.

The pictures clicked are clear and sharp. However, the colour reproduction of the camera is not very good. The colours look brighter than what they actually are.

Moreover, there's no flash on the rear, so the pictures clicked indoors or when the light is not adequate are grainy and not really up to the mark.

Sadly, there is no front camera available on this smartphone.

Microsoft strives to keep a unified experience across all its Windows Phone 8 smartphones and that is quite evident in the Lumia 520. In terms of user experience the smartphones feels much like its older siblings.

Just like the other Lumia devices, Nokia Lumia 520 comes with several exclusive (and non-exclusive) Nokia apps such as the HERE Drive+, HERE Maps and Nokia Music. However, the popular City Lens app is not available on the Lumia 520 as it does not have a compass. 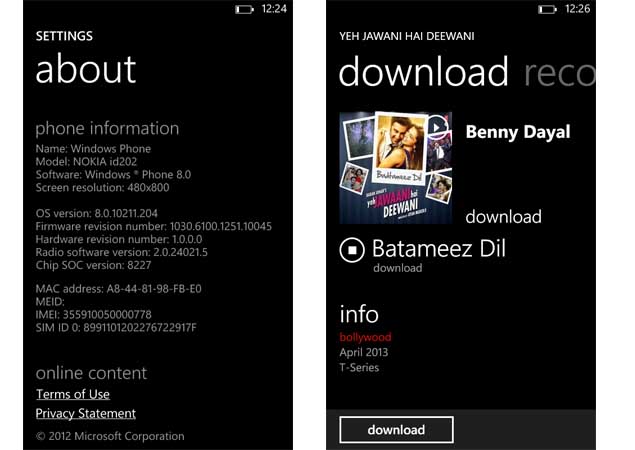 On the positive side, the operating system comes with mobile version of Microsoft Office, Skype integration and a respectable email client. The new Twitter client for Windows Phone 8 is also a welcome addition and makes micro-blogging experience lot more fun.

Having said that, many of the popular apps such as Instagram are yet to make an appearance on Windows Store. There have news reports suggesting that Instagram will be soon making its way to Windows Phone 8 but as of now that seems like a reverie. Games like Temple Run are finally here, but the hardware requirements mean they do not work on the Lumia 520.

Additionally, popular apps such as Angry Birds and Fruit Ninja, which are available for free on Android cost at least Rs. 50 on Windows Store - like they do on iOS.

The operating system does not support FM radio and that may be a deal breaker for some. Rumour has it that a future software update will enable dormant FM radio will enable in Lumia smartphones, but until it actually happens, take that as a rumour.

Performance/ Battery Life
The Lumia 520 is powered by a 1GHz dual-core Snapdragon S4 processor and Adreno 305 GPU. It comes with 512MB of RAM, 8GB of internal storage, which is expandable by another 64GB via a microSD card. The company is also offering 7GB of cloud storage via SkyDrive for this smartphone.

Though 512MB of RAM seems a bit less, but it does not significantly hamper the performance of this smartphone. The apps load quickly on the smartphones and browsing between menus is slick. Scrolling web pages in Internet Explorer is breezy. However, as noted earlier, it will prevent you from playing some popular games like Temple Run that require a ridiculous 1GB of RAM.

The audio playback quality of the Lumia 520 through speakers is good. We were able to play full-HD clips, and all popular formats including .MOV and .AVI were natively supported by the phone. 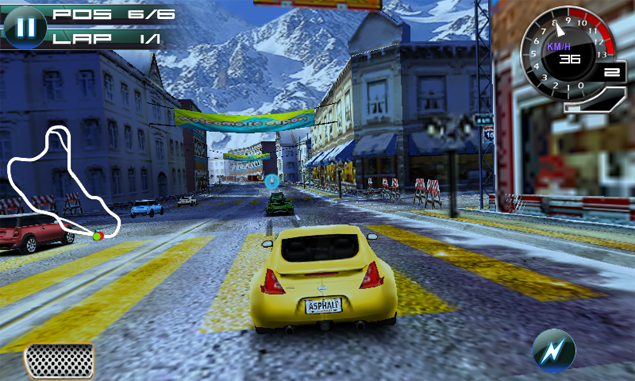 We tried playing games such as AE Fruit Slash (which is similar to the popular game Fruit Ninja), PopStar! and Asphalt 5 through this smartphone. The gaming experience is largely good. The only issue is that while playing Asphalt 5 for over 5-10 minutes, the smartphone gets noticeably warm.

The Lumia 520 comes with a 1430mAh battery, which is slightly larger than the 1300mAh battery on the Lumia 620. The fully charged battery easily lasted a complete day with our usage. Our usage ranged from medium to heavy, including 2-2.5 hours of voice calls, one email account with push notifications, playing some music and videos, Twitter and Facebook notifications, with the display on auto-brightness.

The call quality of the smartphone is also loud and clear.

Verdict
If you are looking for a budget smartphone for around Rs.10,000 that is not running on Android, then look no further than the Nokia Lumia 520. The smartphone looks decent and packs in enough punch for a smartphone of this range. Moreover, this smartphone comes with a Nokia brand name, and a build quality that few, if any, that can match at this price-point. On the down side, the screen of the smartphone is not the best available at this price point and it does not score high on the camera department too. 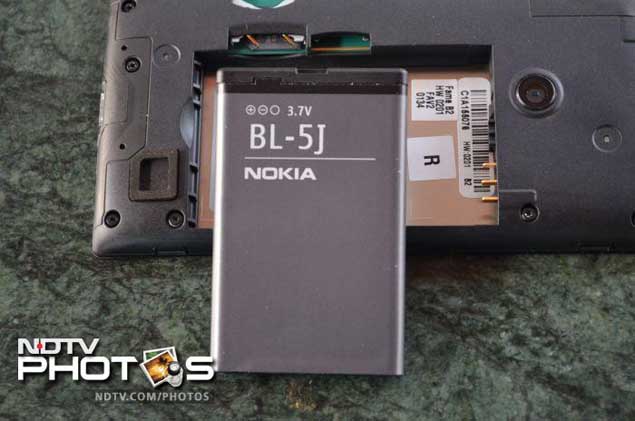 If you are open to Android alternatives then you might want to give Sony's recently launched Xperia E a good look. It is an Android 4.1 (Jelly Bean) smartphone that comes for Rs. 9,999. Sony Xperia E has a smaller 3.5-inch screen and packs in 1GHz Qualcomm Snapdragon MSM7227A processor along with 512MB of RAM. The smartphone has a larger 1,530mAh battery. Watch out for a detailed review shortly.

If your buying decision is unlikely to be swayed by the brand value, then you can even check out Micromax A110 Canvas 2 (Review | Pictures), Spice Stellar Virtuoso Mi-495 (Review) and Karbonn Titanium S1 (Review). All these Android smartphones have a larger screen than the Nokia Lumia 520 and are priced between Rs. 10,000 to Rs. 11,000.