Nokia C20 Plus Review: This Pricey Android Go Smartphone is a No Go

With weak hardware and odd software choices, Nokia’s Android Go-powered smartphone is only for those with very basic needs 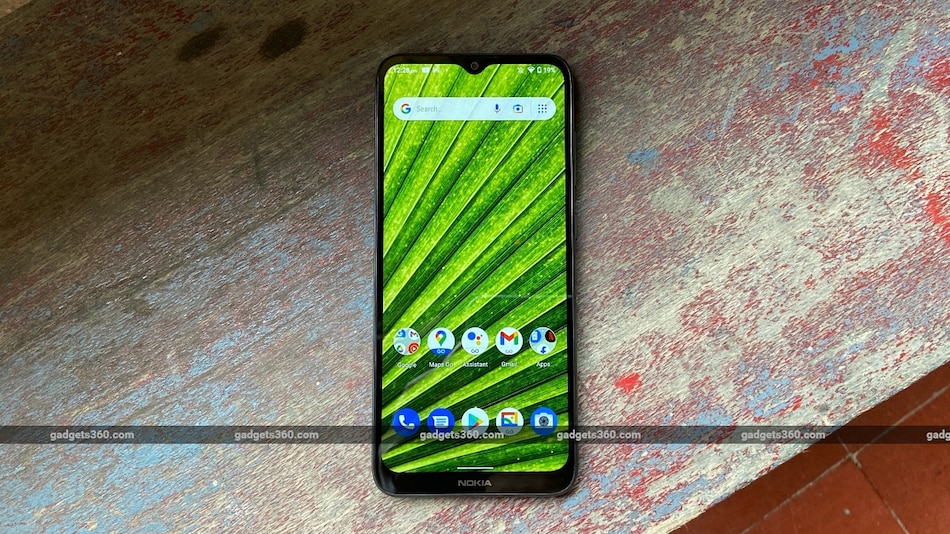 As the launch of the next Jio Phone (literally called 'Next') draws nearer, the entry-level budget smartphone segment is set for a major shakeup. It is speculated that the Jio Phone Next could be launched with Android Go, the watered-down version of Android, which has only been seen on very few smartphones launched over the past few years. While Android Go was introduced with the intent of bringing Android to sub-Rs. 5,000 devices with 1GB of RAM or less in 2018, it did not really take off in India. Now, in 2021, it makes little sense especially on a smartphone that's priced closer to Rs. 10,000.

The Nokia C20 Plus runs Android Go and was launched quite recently. Priced starting from Rs. 8,999 for the 2GB RAM variant, it's underpowered and doesn't really justify its cost. The positioning is questionable, since it will be going up against Micromax's recently launched In 2b, the Redmi 9i, and Realme's C21Y.

Nokia C20 Plus price in India

The Nokia C20 Plus features a simple and practical design. The textured back has fine ridges, which make for a decent grip. With a 6.5-inch display, it has a large footprint and is not a device that can easily be operated with one hand. It's also quite thick at 9.35mm and heavy at 204g. The plastic unibody felt sturdy and was good at rejecting fingerprints with its matte finish. The same can be said about the display glass, which remained smudge-free in regular use.

There's a 3.5mm headphone jack at the top and a Micro-USB port at the bottom. The circular camera module protrudes a bit from the already thick body, and the LED flash is placed next to it. The speaker is under a slit located at the bottom right corner and there's a tiny dimple to help prevent sound from getting muffled when this phone is placed on a flat surface.

Unlike other recent Nokia smartphones, there's no dedicated Google Assistant key on the left side, only the volume and power buttons on the right. With no fingerprint reader, the only ways to unlock this phone are to punch in a PIN or passcode, or use face recognition. The latter was too slow to react, and was often unreliable.

Nokia C20 Plus specifications and software

The Nokia C20 Plus uses the Unisoc SC9863a processor which has a maximum clock speed of 1.6GHz. This phone has up to 3GB of RAM and 32GB of storage, which is less than you'd get with many other smartphones available at this price. Communications options include Wi-Fi 802.11 b/g/n (only 2.4GHz), Bluetooth 4.2, and GPS and AGPS for navigation. With most manufacturers now using Type-C ports even on entry-level smartphones, the Micro-USB port on the Nokia C20 Plus seems a bit dated.

The speaker is located under a slit on the back panel.

The Nokia C20 Plus runs Android Go, based on Android 11. It's a stripped-down version of the regular Android experience, and was originally designed to work on devices with just 512MB to 1GB of RAM. A quick visit to the Android Go website today, and that requirement has now been set at 2GB or below.

Apart from the watered-down experience, you also get Google's Go-branded apps, which are much smaller in size than their regular counterparts. In theory, this should not only make them launch quicker, but also leave more room for photos, videos, and third-party apps. The size of these default Go apps is important as most Android GO smartphones have very limited storage space.

However, things weren't as I had expected when I first booted up the smartphone. Unlike the Nokia G20 (Review) which had just two additional preinstalled apps (Netflix and My Nokia), the C20 Plus came loaded with third-party apps and games such as Moj, MyJio, MXTakaTak, and Simple Soulful to name a few. There were lite versions of popular apps as well, including Moj Lite and Facebook Lite. That's in addition to the Go apps from Google as well as several regular apps like Gmail, Drive, Calendar, and Files. Having so many apps preinstalled defeats the purpose of a lean Android experience, which Android Go was meant to deliver.

The 6.5-inch HD+ display is legible outdoors, but isn't bright enough to tackle direct sunlight. Viewing angles aren't great either, with the display appearing noticeably dim when lying on a table or seen at an angle. Text and images did not look sharp, and I noticed a lot of jagged edges around icons and widgets. The phone supports Widevine L3 for SD resolution playback in Netflix and other streaming apps, which means that streamed video content did not look sharp. Making things worse is the rear-firing speaker, which was not loud enough and sounded muffled, forcing me to plug in a pair of earphones.

Despite having 3GB of RAM on my review unit, Android Go did not run smoothly. I noticed a lot of stuttering in animations and transitions in daily use. Google's Go apps do save quite a bit of space but are heavily trimmed down in terms of features, and mostly run off the Chrome browser which makes the user experience clunky at best.

I also tried a Lite version of the Instagram app, which took a couple of seconds to launch and felt a bit slow while scrolling through feeds. The regular Android app ran better and offered a lot more features. App launches were quite slow, with most taking a few seconds to start up. Slack took about four seconds to start up, which is quite slow for a smartphone that costs Rs. 9,999 in 2021.

Android Go itself is limited in terms of features. The notifications tray for example only lets you have three visible toggles (you must swipe to the left for three more). There are no badges or dot indicators on icons to alert you about notifications. Overall, Android Go on the C20 Plus wasn't a good experience for a long-time smartphone user.

As expected, the phone did not perform well in benchmarks. The Nokia C20 Plus scored 77,335 points in AnTuTu, and 126 and 473 in Geekbench's single and multi-core tests respectively. This is quite bad, not just for an entry-level device, but also when you consider that the C20 Plus competes with more capable phones at its price.

The Nokia C20 Plus has two rear-facing cameras

As for gaming, this phone is good enough to play casual titles like Subway Surfers, but as expected it did not do well with graphics-intensive titles such as Call of Duty: Mobile. Even at the default Low graphics and Medium frame rate settings, this game was mostly unplayable with far too much lag and too many skipped frames.

The Nokia C20 Plus lasted a day and a half with casual use. Add some casual gaming to the mix and that figure comes down by a few hours. The phone lasted just 11 hours and 19 minutes in our HD video loop battery test, which is quite bad for a budget smartphone. Charging the Nokia C20 Plus's 4,950mAh battery using the bundled 10W charger took 3 hours and 30 minutes, which is quite slow.

The Nokia C20 Plus has two rear cameras; an 8-megapixel primary camera and a 2-megapixel depth sensor. Selfie duties are handled by a 5-megapixel camera. The app interface is typically Nokia, with most of the important controls laid out front and centre. I noticed a lot of lag when switching between camera modes, to the extent that the phone felt frozen at times, making for a frustrating shooting experience.

Photos captured in daylight showed below-average detail and most were overexposed. Even with HDR available, dynamic range was a bit too limited, which resulted in black patches near the shadows with little to no detail in those areas. The camera was slow to focus even in daylight, which meant that I had to be patient when taking close-up shots.

The Portrait mode is only available when using the rear camera, but shots exhibited below-average edge detection and blown-out highlights on both the subject and the background in daylight. Selfies looked a bit too dull, with some abnormal colour and a dreamy haze. Video recorded in daylight was very shaky and low on detail, with abnormally high contrast. Image quality took a nosedive post sunset, and this phone produced mostly unusable photos and videos.

The Nokia C20 Plus does not offer anything special in terms of hardware, and the software experience does not redeem it, especially when you consider its Rs. 8,999 starting price tag. Priced at Rs. 8,499, Micromax's In 2b (Review) offers a vastly superior software experience, with near-stock Android and almost no bloat or third-party apps. It's also possible to play games on the In 2b, and camera quality isn't bad either, given its price. Realme's C21Y is a new contender which offers the same Unisoc T610 SoC as the In 2b. Both these phones also offer creature comforts such as a USB Type-C port.

There's also Realme's Narzo 30A (Review), which seems to offer far better value at this price point with a bigger 6,000mAh battery and 18W fast charging. With so many other, more capable smartphones priced at around Rs. 8,999 or even less, it would be very hard to recommend the Nokia C20 Plus, even to a Nokia fan.