Ever since it revived Nokia's smartphone business, HMD Global has been launching new models at a rapid pace. The Nokia 7.1 is the latest mid-range offering from the company, slotting in between the Nokia 6.1 Plus and the Nokia 8.1. In India, the Nokia 7.1 is offered in a single configuration with 4GB of RAM and 64GB of storage, priced at Rs. 19,999.

The biggest USP of this phone is its HDR-enabled 5.84-inch notched display, which is housed in a glass-and-metal chassis. The new Nokia 7.1 is powered by the Qualcomm Snapdragon 636 processor and features a dual camera setup at the back with Zeiss optics, a stock build of Android, 4GB of RAM, and a 3,060mAh battery. With the Nokia 7.1 now on sale, let's see if the latest Nokia budget smartphone can justify its price tag.

With a machined Series 6000 aluminium frame and a die-cast metal centre, the Nokia 7.1 feels extremely solid and substantial in the hand. It also looks gorgeous and is undoubtedly one of the more attractive phones in this price range. The glass back looks sleek, and the diamond-cut chamfers and accents around the rear camera module and power/ volume buttons add a touch of class. However, the glossy finish does attract a lot of fingerprints and makes the phone quite slippery.

The Nokia 7.1 sits well in the palm of the hand thanks to its relatively compact chassis and rounded corners. As with all smartphones these days, it is a bit too tall though, which makes one-handed use difficult. 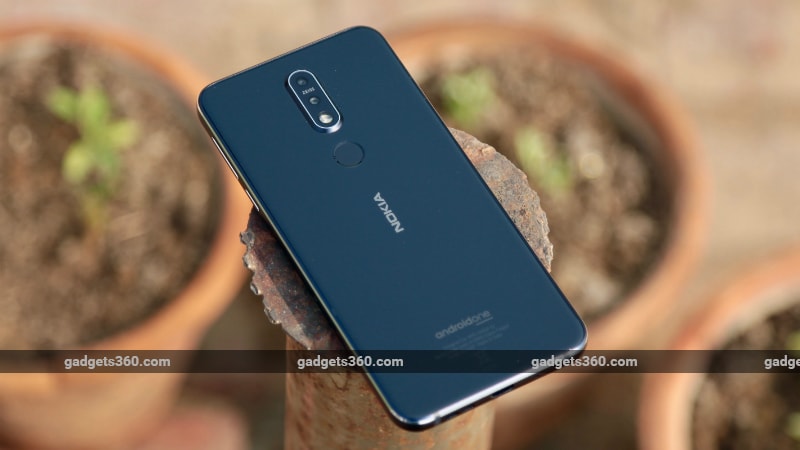 The face of the Nokia 7.1 is devoid of any physical buttons — HMD Global has opted for on-screen keys instead — but the right side does house physical power and volume keys, which are tactile and solidly built. The left of the Nokia 7.1 is blank save for the SIM tray, which makes you choose between a second Nano-SIM and a microSD card.

There is a notch up front, which is thankfully quite small and does not get in the way of games and videos. Android Pie does not offer an obvious way to mask the notch, but keen users can find this option in the Developer section of the Settings app. Despite the notch, the screen is not borderless, and the chin in particular is pretty thick.

The dual-camera setup on the back is placed in a pill-shaped housing, with a Zeiss logo emblazoned below the primary sensor. The back panel also houses a circular fingerprint sensor, a vertical Nokia logo, and the Android One branding. There's a single loudspeaker next to the USB Type-C port at the bottom, which lacks warmth but delivers loud and clear audio.

HMD Global has a penchant for keeping things simple when it comes to variants, and the same is true for the Nokia 7.1. At the moment, the smartphone is only offered in one configuration, with 4GB of RAM and 64GB of internal storage. That can be expanded via a microSD card (up to 400GB). The hybrid dual-SIM tray forces you to choose between a secondary SIM and storage expansion. 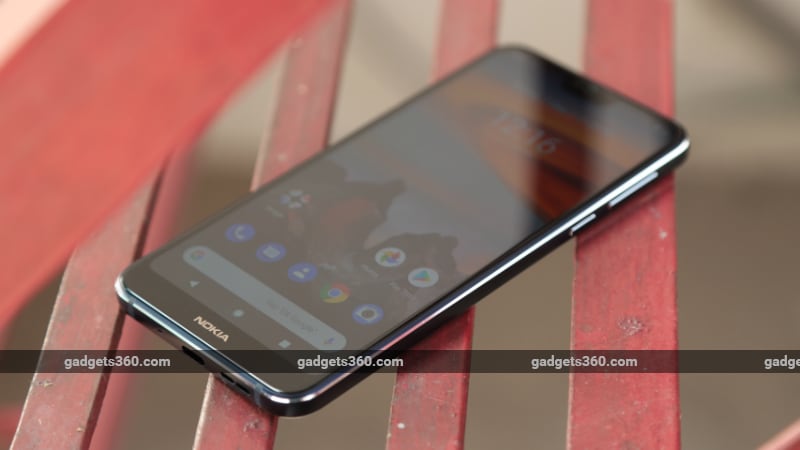 The Nokia 7.1 has a 3,060mAh battery and supports fast charging. While this smartphone will be running Android 8.1 Oreo out of the box, our review unit received a stable Android 9.0 Pie update just two days after we unboxed it. Connectivity options on the smartphone include 4G LTE, Wi-Fi 802.11ac, Bluetooth 5, GPS/ A-GPS, GLONASS, NFC, USB Type-C, and a 3.5mm headphone jack.

Up front, the smartphone has a 5.84-inch full-HD+ (1080x2280 pixels) IPS panel with a 19:9 aspect ratio and HDR10 support. The bright and punchy display is one of the highlights of this smartphone. Colours are vivid, viewing angles are excellent, and brightness is more than adequate. HDR content looks sharp and vibrant, and outdoor legibility is also quite good.

The Nokia 7.1 is powered by the Qualcomm Snapdragon 636 processor, paired with 4GB of RAM. While that might sound underwhelming in this price segment, real-world performance is quite smooth and consistent. The phone does struggle slightly when pushed, but day-to-day tasks are handled well, and UI animations are butter-smooth. In our experience, games like Asphalt 9 ran quite smoothly, albeit at medium graphic settings.

Benchmark scores were in line with those of other Snapdragon 636-powered smartphones. The Nokia 7.1 managed scores of 116,083 in AnTuTu, 33fps in GFXBench T-Rex, 9.6fps in GFXBench Manhattan 3.1, and 1,340 and 4,926 respectively in Geekbench's single- and multi- core tests. In our experience, calls were clear and 4G connectivity was consistently solid. 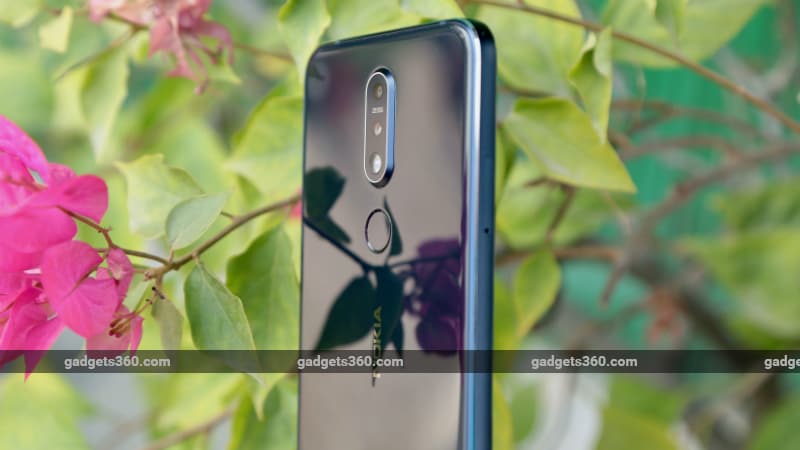 Being an Android One smartphone, the Nokia 7.1 runs a stock build of Android devoid of any third-party bloat and manufacturer skins/ overlays. There is no ability to run two WhatsApp instances, for example, a feature often seen in phones from Huawei, Samsung, and Realme.

The software is fluid and responsive, and features a few nifty value additions such as the 'Ambient Display' feature that shows notifications for missed calls and app notifications without waking the phone from sleep. You can perform a few gestures such as turning the phone over to reject a call, or picking it up to mute the ringtone.

You can also use Android Pie's navigational gestures, which are well implemented and easy to use. The Digital Wellbeing feature is present as well, and lets you track how frequently you use different apps, how many times you unlock the phone, and how many notifications you receive on a daily basis.

Android Pie also offers a dark mode which darkens the app drawer, quick toggles panel, and certain first-party applications such as Contacts. Certain elements of the UI such as the Settings app and the notification shade are untouched, and some applications like Messages have dark modes of their own, which aren't triggered by the systemwide toggle. We would have liked the dark mode to be more consistent and darken every aspect of the UI instead of just certain elements. 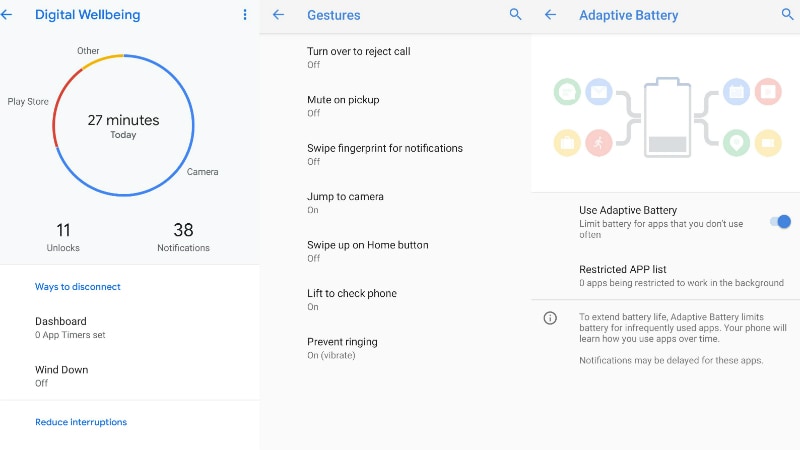 The Nokia 7.1 supports face recognition, using its 8-megapixel fixed-focus front camera. This works well enough when there's an adequate light but is quite erratic in low light and also under very bright sunlight. The setup process is also slower than what we have experienced with phones from Huawei and Realme. Hopefully, this can be improved with future software updates. The rear-mounted fingerprint scanner is another story altogether. It is accurate, ergonomically placed, and quite snappy. It can also be used to show the notification shade with a downward swipe, which is quite useful.

In our HD video loop battery test, the Nokia 7.1 lasted 9 hours and 30 minutes, which is a fairy average score. Real-world performance was quite solid however, with the phone powering through a 12-hour day with medium to heavy use, with around 15 percent left in the tank. Android Pie has a battery saver mode as well as a feature called Adaptive Battery that limits battery use for applications you don't use often. The bundled fast charger charges takes around 1.5 hours to fully charge the phone. Despite having a glass back, the phone does not support wireless charging.

Images shot in adequate light were crisp and detailed with vivid colours. In our experience, portrait shots were also quite impressive with good edge detection and smooth gradients between the subject and the background.

Images shot in low light had a good amount of detail and noise was kept to a minimum. This phone does over-sharpen images at times, and colour reproduction is inconsistent. HMD Global has made big strides when it comes to low-light performance but there is still a little way to go to match the likes of the Xiaomi Mi A2 (Review), which has one of the best cameras in this segment. 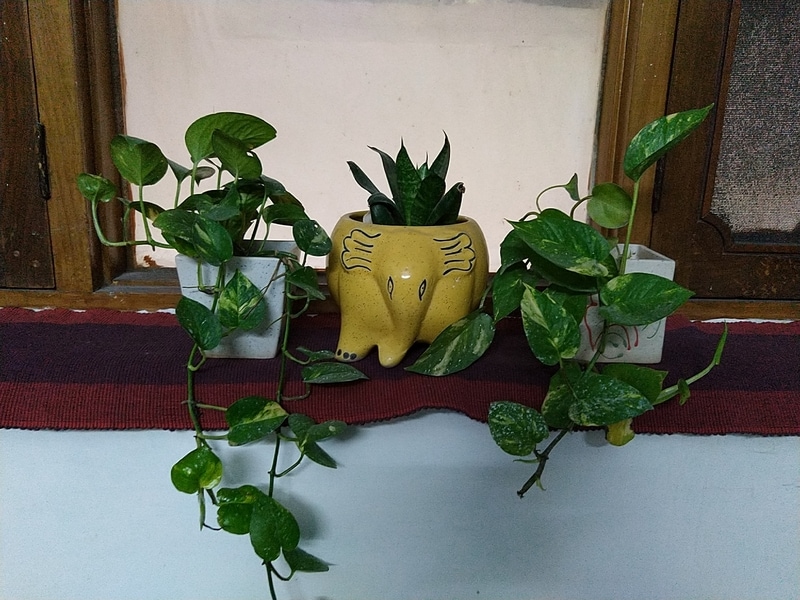 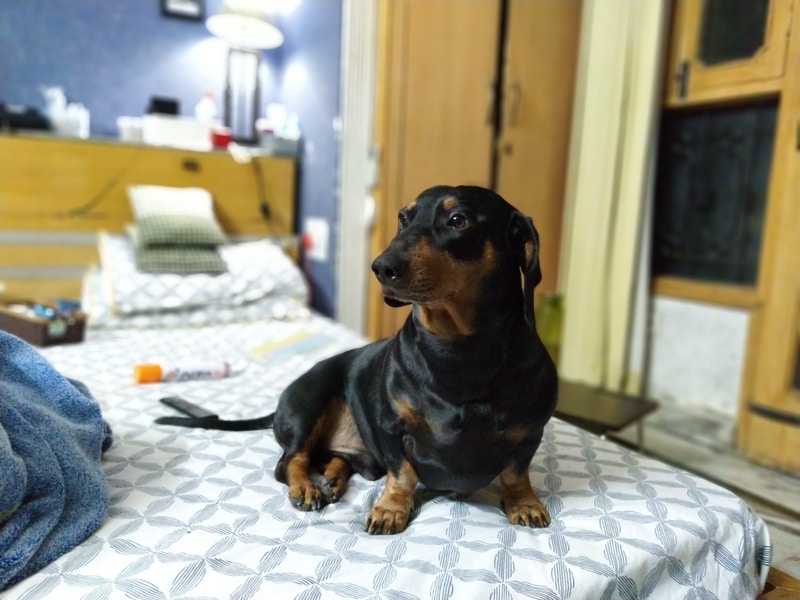 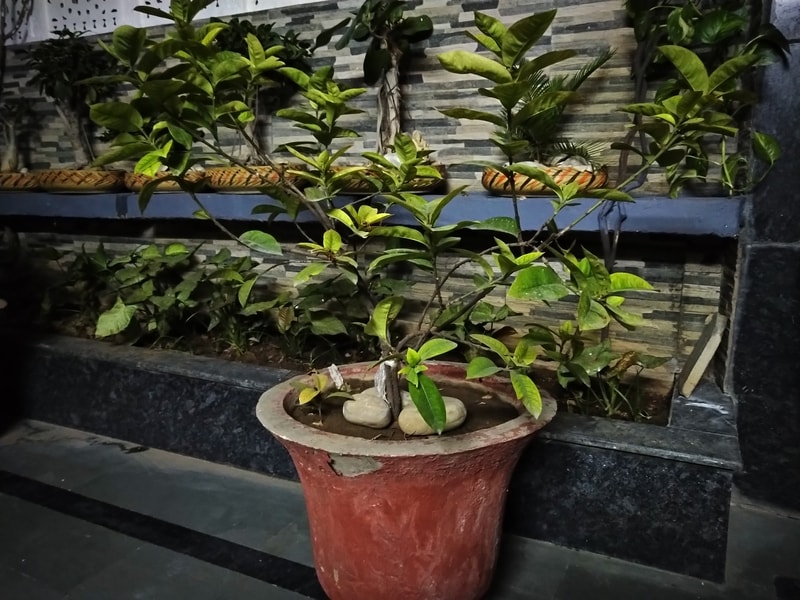 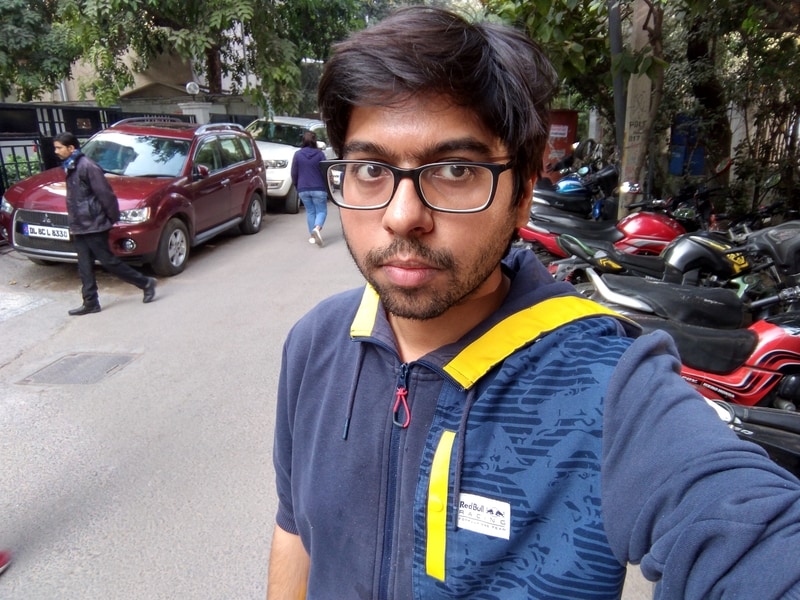 The 8-megapixel selfie shooter did a good job in well-lit situations. Noise did creep in in low light, but the level of detail was satisfactory. There's no proper front LED flash, but the screen flash lights up the entire display. The front camera uses software algorithms to take portrait shots, and the implementation is iffy, with average edge detection.

The camera app is loaded with features such as as AR stickers, dual-sight mode to superimpose shots taken with the front and rear cameras simultaneously, and AI-assisted portrait lighting. AR stickers are implemented quite well and can be used with the front and the rear cameras. The quality of the both the front and rear cameras takes a dive in dual-sight mode, which is a shame as the feature could be fun to use. The AI-assisted portrait lighting feature is pretty half-baked at the moment, and most of the options just overexpose the background.

Video recording maxes out at 1080p for the front camera, while the rear module is capable of 4K video recording. The quality of videos is quite decent, with the electronic image stabilisation helping keep things relatively smooth. 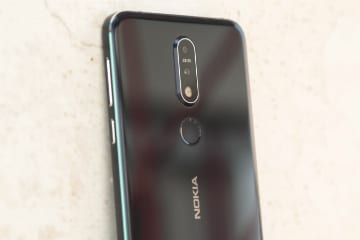 Verdict
On paper, the Nokia 7.1 seems a bit of a tough sell at Rs 19,999. Similarly priced phones such as the Poco F1 and Honor Play are powered by flagship-grade processors. The Asus ZenFone Max Pro M1 (Review) and Motorola One Power (Review) offer stock Android and a similar level of performance for Rs 10,999 and Rs 14,999 respectively. However, the Nokia 7.1 is an excellent all-rounder with a lot more going for it than just processor power.

The crisp and vivid HDR display is the main selling point of the Nokia 7.1, and is arguably one of the best in this price range. The display alone is worth the price jump from the likes of the Motorola One Power. The well-optimised software package, promise of timely updates, striking looks, great build quality, and solid cameras only add to this phone's appeal. With the Nokia 7.1, HMD Global has taken big strides in terms of low-light camera performance as well, which has always been the Achilles' heel of the Finnish company's offerings.

Power users might be better served by Poco F1 (Review) and Honor Play (Review), which are powered by flagship grade processors. However, the all-plastic Poco F1 does not look or feel as premium as the Nokia 7.1 and both MIUI and EMUI are cluttered and laden with third-party bloat. For the average joe, the Nokia 7.1 would make for a solid everyday smartphone.