The Nokia 6 was the first Nokia-branded Android smartphone unveiled by HMD Global, the new custodians of the iconic Nokia brand, at the beginning of this year. It was initially unveiled in China, and was exclusive there for a few months before being made available in other markets. For HMD Global, the Nokia 6 launch was its first step into the Android smartphone space.

In the months since then, the Nokia 3 (Review) and Nokia 5 have been launched in India, and we're only getting the Nokia 6 now. It was announced for the Indian market back in June, and it is all set to go on sale in India from Wednesday via Amazon India.

The Nokia 6 is said to be in high demand in India already, as Amazon India claims that it received over one million registrations for the first sale. Of all three Nokia-branded Android smartphones, this is the one that is truly considered Nokia's comeback device. It offers some familiar design cues associated with the Finnish brand, and now we also get stock Android with the promise of quick updates.

It is also the highest-specced of the three models now available in India. However, its age is a problem. The Nokia 6 is essentially a mid-range smartphone, one that was originally launched seven months ago and its specifications are behind today's standards. It might have a tough time keeping up with the current competition at its price point.

Is this a true comeback for the iconic brand, or is it just hype? We find out in our full review of the Nokia 6.

Much like the Nokia 3, the Nokia 6 ships in a playful retail box designed to remind you of the old Nokia days. The phone feels solid when you hold it in your hands, and the company says it has been milled from a single piece of 6000 series aluminium.

This gives the phone sturdiness which could help it survive minor drops. During our review, we accidentally dropped the Nokia 6 a couple of times and it suffered no damage whatsoever. The metallic back means that the phone is slippery and we would recommend using a back cover with the Nokia 6.

At 7.85mm, the Nokia 6 isn't the slimmest out there, but its 169g weight is reasonable for a phone with a 5.5-inch screen. We felt that single-handed use over long periods wasn't comfortable, as this phone is a little too wide, and the chamfered edges can be uncomfortable. We prefer phones with rounded edges when it comes to the grip. There's Corning Gorilla Glass on the front, but it doesn't extend right to the edges and corners. 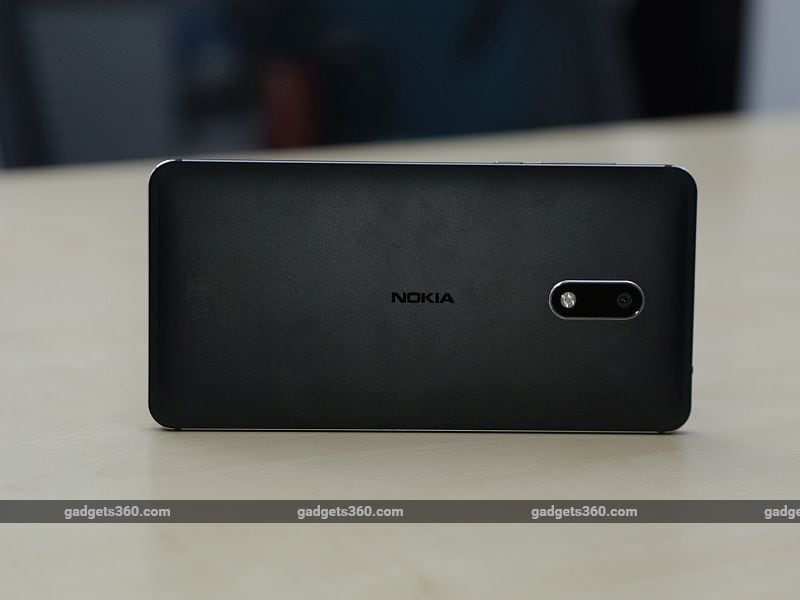 The power and volume buttons are on the right and feel decent enough. Antenna bands can be seen running across the top and bottom of the phone's back and cutting through the frame, but they are quite discreet. There's a 3.5mm audio jack at the top, while the charging port and dual speakers are on the bottom of the Nokia 6.

The hybrid dual-SIM tray can fit two Nano-SIM but you have to choose between using a second SIM and a microSD card. The fingerprint scanner at the front is touch-sensitive and doesn't need to be pressed. It also doubles up as a home button. Compared to other phones in the same price range, the Nokia 6's fingerprint scanner doesn't unlock the device as fast but is good enough for everyday use.

The primary camera is placed in an oval Chrome housing that is reminiscent of Nokia's Lumia days. The single sensor is accompanied by a dual-tone flash. The camera protrudes slightly, which is another reason to consider using a back cover. As seen on other Nokia devices, there's one brand logo in the front and another at the back.

The 5.5-inch screen has decent brightness, and colours are crisp as well. We had no issues with viewing angles or sunlight legibility. Unfortunately, there's no LED indicator for notifications, which the company has claimed was a conscious decision due to market research.

Overall, the Nokia 6 shouldn't disappoint anyone in terms of design, as it stands out from the competition which all tend to look the same. Its build quality will give you confidence in everyday use.

In the retail box, you will find a power adaptor, a charging cable, earphones, the standard documentation, a SIM ejector tool, and, of course, the phone itself. 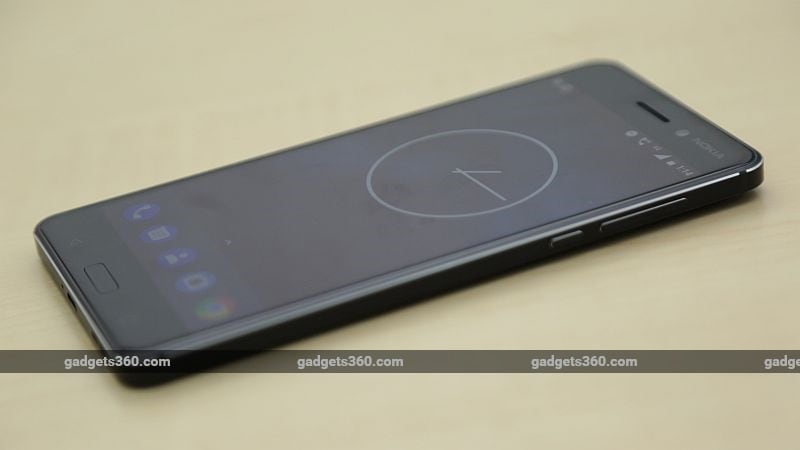 The Nokia 6 packs 32GB of storage and supports microSD cards of up to 128GB. It also has a 3000mAh battery. On the camera front, there's a 16-megapixel rear camera while the front camera's resolution is 8 megapixels, and both have f/2.0 apertures. There's a Micro-USB port for charging and data transfers, and stereo speakers with Dolby Atmos audio enhancement. There's 4G with VoLTE as well. Other connectivity options include USB-OTG, Wi-Fi, and Bluetooth 4.1.

HMD Global promised that it will ship stock Android on all Nokia-branded phones. This should make it relatively easy to roll out Android updates. The Nokia 6 runs on Android 7.1.1 Nougat out of the box, and our review unit received the August security update over-the-air, in line with the company's promise of timely updates. HMD has also promised an Android O update for the Nokia 6 as well as the other phones in this series. With Android Nougat, the Nokia 6 gets almost all the features one can find on Google's Pixel devices. One of our favourite features on the Nokia 6 is that you can perform actions with supported apps by simply long-pressing their icons. Android 7.1.1 also lets you have six quick toggles in the notifications shade as opposed to five in earlier versions.

You can quickly launch the camera app by pressing the power button twice. The Nokia 6 comes with has very few third-party apps such as the Amazon app, which is there in part because this phone is exclusive to Amazon India. There are all the usual Google apps including Photos, which is the default Gallery app. The Nokia 6 provides a similar experience to that of the Moto G5 Plus (Review) which sells for around the same price.

The 16-megapixel primary camera on the Nokia 6 is quick to lock focus and can capture good amounts of detail if there is enough light. The phase detection autofocus helps here, but at times, we found that despite locking focus, it took a while for images to be captured and saved. We felt that images had muted colours, which a lot of people will not like. In our experience, even the HDR mode didn't really improve this. There was also noticeable distortion around the edges of macro and close-up shots.

The camera managed good shots at night if there was a good enough light source around. If there wasn't enough, photos came out almost completely black. Autofocus was also much less accurate in low light. We needed to tap the screen to focus manually, and it often took more than one attempt to get a shot right. Details suffered, and it's clear that the Nokia 6 cannot compete with other phones in its price band when it comes to nighttime photography. 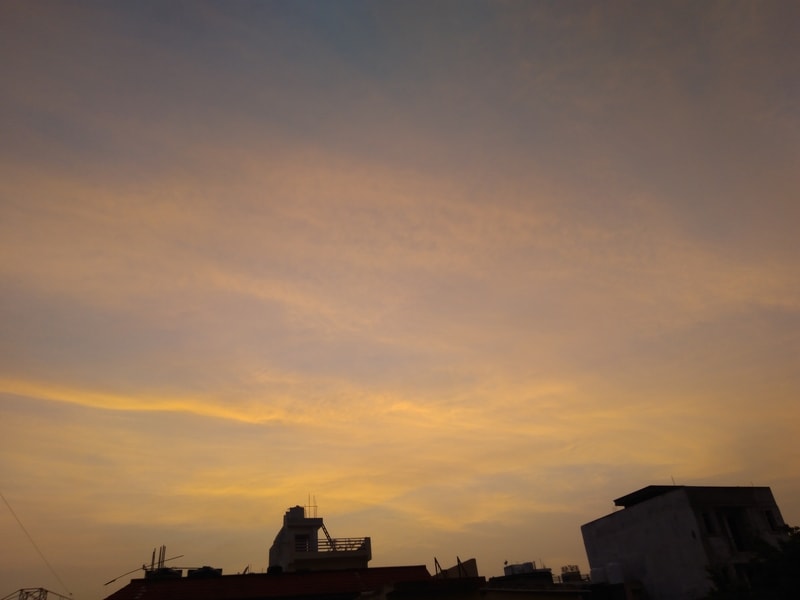 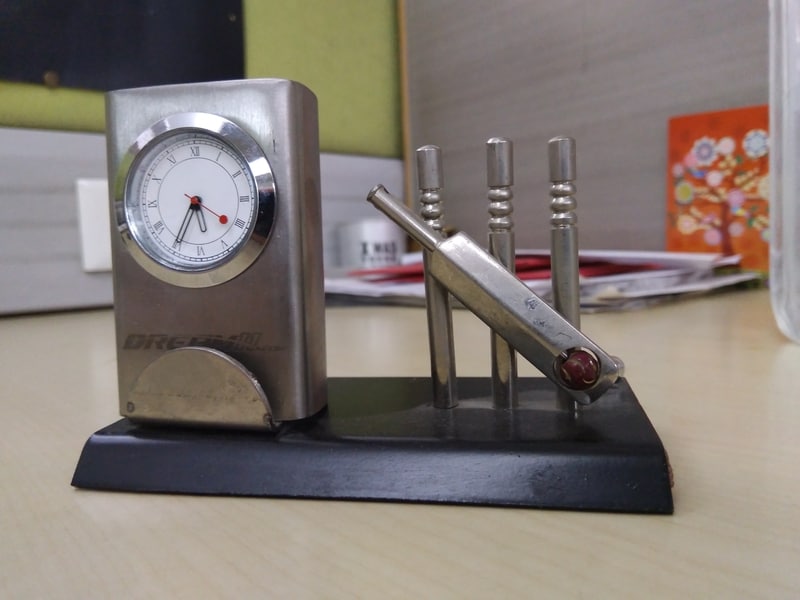 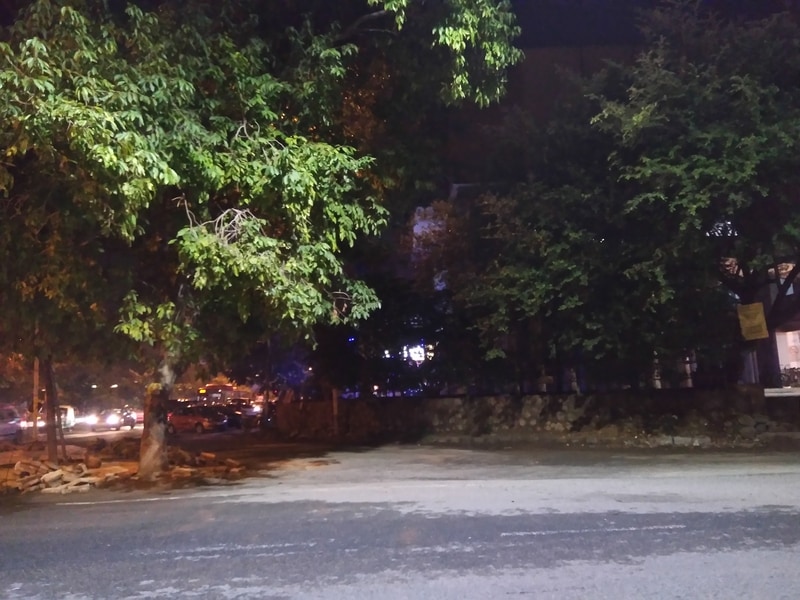 The camera app is vanilla which means you won't get too many tweaking options unless you download a third-party app. The 8-megapixel front camera does a good job with selfies, but also only if the lighting condition is good. It should be enough for casual social media uploads.

The Snapdragon 430 SoC has been fitted in a lot of smartphones available at lower price points than the Nokia 6. The phone isn't a slouch, but isn't the best in its class either. We were satisfied with how apps loaded and ran on the Nokia 6, and touch response was snappy too. 3GB of RAM should be good enough for most people.

We were pleased with gaming performance, and the Nokia 6 didn't stutter while playing games like Asphalt Nitro. Unfortunately, this phone gets warm when playing games, using the camera, or navigating with GPS, which makes usage a bit uncomfortable. Thankfully, heat dissipates soon enough after closing the app(s).

We had a good time watching videos on the 5.5-inch screen. The quality is good, but we did feel that other phones at this price level including the Moto G5 Plus have better screens.

In our standard benchmark tests, the Nokia 6 did comparatively better than other Snapdragon 430-based phones. It scored 45,205 in AnTuTu, 18fps in GFXBench, 22,650 in Quadrant, and 5,879 in 3DMark Ice Storm Extreme. 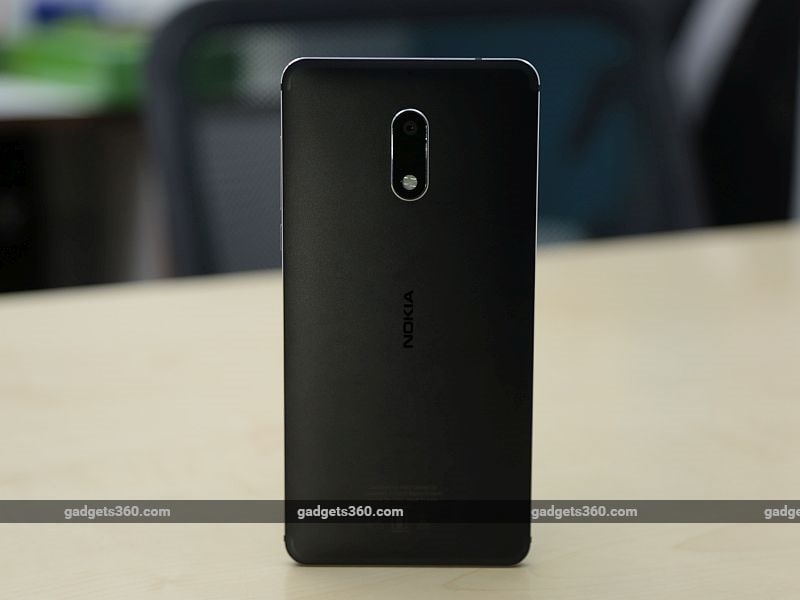 The dual speakers on this phone deliver loud and clear audio. You get Dolby Atmos sound enhancement, and the difference with it turned on and off is instantly noticeable. We can say that these speakers are the clearest we have heard on any phone in this price segment. Unfortunately, the bundled earphones are just average, so don't expect a lot from them. Our recommendation would be to use your own earphones with the Nokia 6.

When it comes to latching on to cellular networks in weak spots, the Nokia 6 will impress you. Calls were clear and we were able to make VoLTE (voice over LTE) calls using a Jio SIM. As of now, the Nokia 6 doesn't support direct 4G video calling offered by the likes of Jio.

The Nokia 6 ships with a non-removable 3000mAh battery which the company claims can deliver one day of mixed usage. In our experience, real-world usage wasn't that strong. The phone lasted for 15-16 hours with heavy use where we had Facebook, Twitter, Instagram, Telegram, Google Maps, Google Photos, and WhatsApp open in the background almost the entire time. In our standard HD video loop test, the phone lasted for 11 hours and 30 minutes which is not bad at all.

Unfortunately, there's no fast charging. We found that the Nokia 6 took over two hours to charge fully, which is longer than what we have seen from phones with larger batteries. 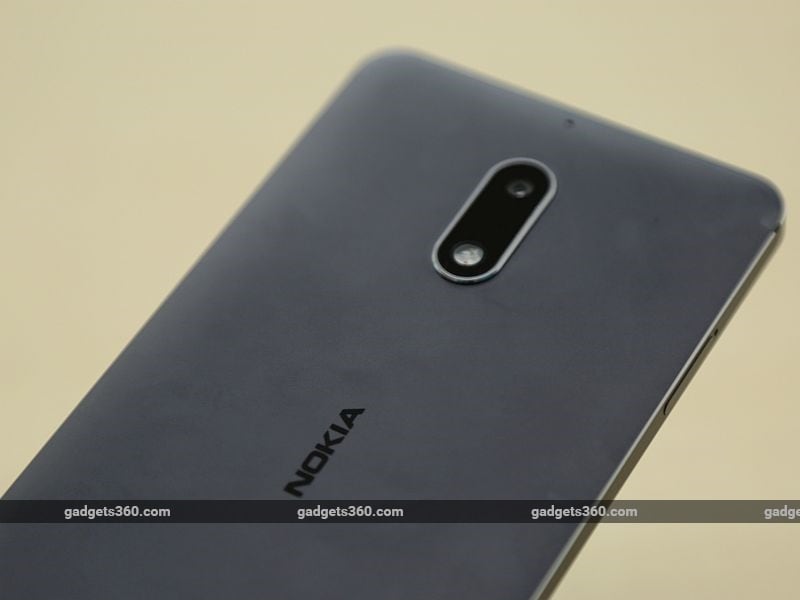 Verdict
After a wait of over six months, the Nokia 6 has finally hit the Indian market. It does seem good enough for most everyday jobs. Its brand, design, and build quality are its biggest highlights. Stock Android is also a nice touch, and the confirmed Android O update is great news too. Music lovers will be happy with the high-quality speakers. However, this phone does have drawbacks in terms of its cameras, battery life, and tendency to get hot.

The Nokia 6 is available exclusively on Amazon India starting Wednesday. It's priced at Rs. 14,999, and so in terms of overall value, it falls short. Other phones with similar hardware are priced way lower. You could get the Moto G5 Plus (Review) or Xiaomi Redmi Note 4 (Review) within the same budget, both of which have better hardware. If you are fine with a bigger screen and don't mind using a custom UI, the Xiaomi Mi Max 2 (Review) is also an option.