Nokia 5.1 Plus is powered by a MediaTek Helio P60 SoC and runs stock Android Oreo

The best thing HMD Global did this year was signing up its entire 2018 Android fleet with Google’s Android One programme. In our books, this gives it an immediate edge over the competition, as you’re guaranteed three years of security updates and two years of software updates. The Nokia line of phones has been pretty competitive thus far, with the likes of the Nokia 7 Plus (Review) and Nokia 6.1 Plus (Review) being some of the more notable recent launches.

HMD Global recently introduced a new budget offering called the Nokia 5.1 Plus, which slots in at the Rs. 10,999 mark. Its positioning is a bit confusing, as one would assume it would succeed the existing Nokia 5.1, but the older model is still priced higher. While the new Nokia 5.1 Plus does have somewhat better specifications than the 5.1, has HMD Global cut some corners in in order to bring the price down? It’s time to found out.

The first thing that grabs your attention as soon as you take the Nokia 5.1 Plus out of its box is how premium it looks. A high-gloss treatment for the entire body makes it look stunning, and easily feels as though this is a phone that would typically cost upwards of Rs. 15,000. There’s 2.5D curved glass for the back too, which is a rare find in this segment.

The glossy finish does introduce an ergonomic issue, as the Nokia 5.1 Plus is quite slippery. We had a couple of instances when the phone slid off a couch and onto the floor, but thankfully it didn’t pick up any dings or scuffs. It seems quite durable that way, even though HMD Global has confirmed to us that the 5.1 Plus does not use reinforced glass. We used this phone for a short time and the display didn’t pick up any scratches, but in the long run, it would be better to have a screen guard installed. 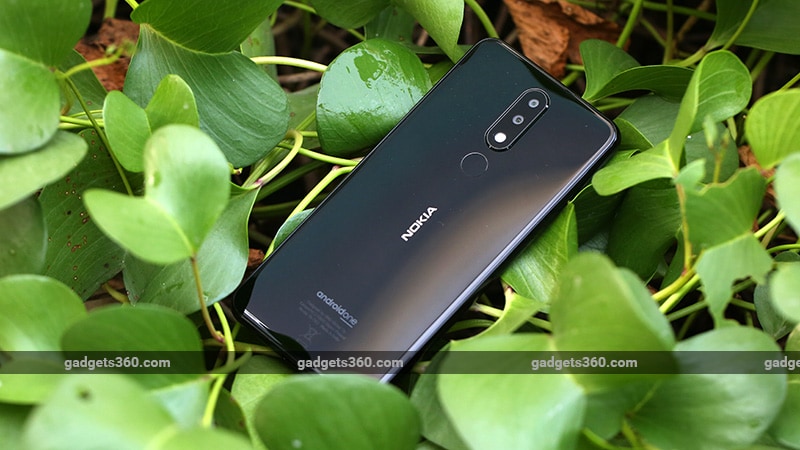 The Nokia 5.1 Plus sports a 2.5D glass back which gives it a premium look

On the front, we have a 5.86-inch display with a 19:9 aspect ratio but the resolution is only HD+ (720x1520). This is one area in which HMD Global has had to cut corners in order to bring you this low price. The display is not bad by any means. Colours are vivid and punchy, black levels are good, and the brightness is more than adequate for good legibility in sunlight.

All the buttons are placed on the right, and they have a good clicky feel. This phone also has a USB Type-C port, which is a rare sight in the budget segment. The dual-SIM tray is on the left, and houses two Nano SIMs. Dual 4G VoLTE is supported. The internal storage is expandable too, but you’ll have to sacrifice the second SIM slot for this.

We’re not big fans of the design of the screen notch. It’s a little too wide and the space created doesn’t seem to have been utilised optimally as there’s no notification LED here. The borders are quite thick too which includes a sizeable chin at the bottom. The camera setup on the back is nearly identical to those of other recent x.1 phones from HMD Global. There is a noticeable camera bump but we didn’t see any paint scuffing during our review period. The fingerprint sensor is placed just below it, and it works well, but we wish it was slightly larger and more prominent, as it can be hard to find at times. 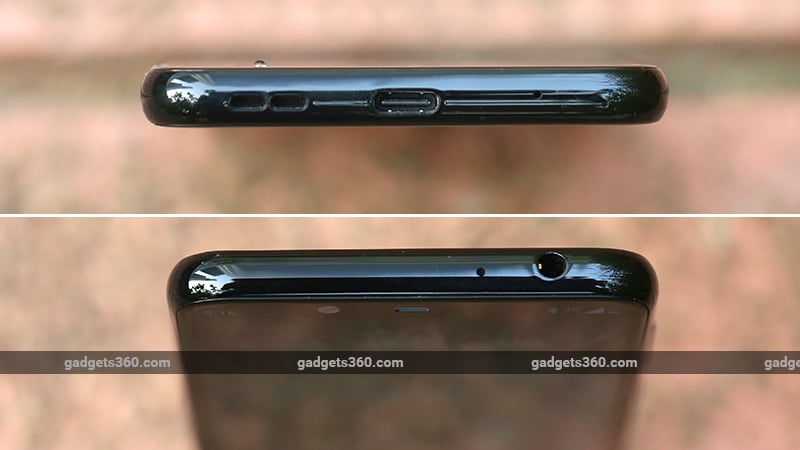 The phone has a USB Type-C port (above) and 3.5mm headphone socket (below)

The Nokia 5.1 Plus ships with the usual accessories, including a headset. There’s no silicone case, unfortunately, which would have been useful given the phone’s slippery body. Overall, HMD Global has done a very good job with the 5.1 Plus. It looks far more premium than it costs and is light and easy to handle.

Nokia 5.1 Plus specifications and features

The Nokia 5.1 Plus features good internals. There’s a capable MediaTek Helio P60 octa-core SoC, which is a step up from the Helio P18 in the Nokia 5.1, and posts better benchmark numbers compared to most Snapdragon 636-based phones at around this price point. At the time of this review, there is only one variant with 3GB of RAM and 32GB of storage. This phone also supports Category 4 LTE, dual-band Wi-Fi 802.11ac, Bluetooth 4.2, and a wide variety of GPS systems including Beidou and Galileo. There’s FM radio and USB-OTG too, but no NFC.

You get stock Android 8.1 Oreo without any bloatware whatsoever. There’s Google’s suite of apps and a Support app from HMD Global for getting help with any of the phone’s features or booking an appointment with a service centre. There are some gestures, such as the ability to use the fingerprint sensor to pull down the notifications shade, and double-press the power button to launch the camera app. 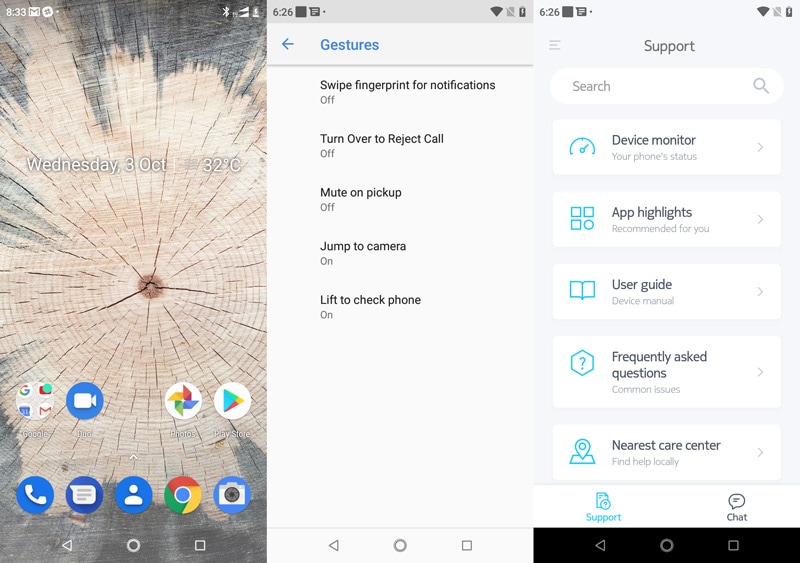 The phone doesn't have any bloatware, apart from a few gestures and a Support app

There’s no option to hide the notch, but this isn’t a major issue since apps that aren’t designed to fill the screen, for example games and most video players, simply don’t stretch beyond the notch. This way, content is rarely obscured. The OS is up to date too, with the September 2018 security patch, which is good. You get Android’s default face unlock feature, which is a bit of a hit or miss depending on the ambient light.

We really enjoyed using the Nokia 5.1 Plus as our primary device during the review period. It’s compact enough to fit snugly in most pant pockets and it just looks really good. The glossy finish does attract fingerprints very easily, but thankfully, they come off quickly with just a single wipe of a shirtsleeve. The slipperiness unfortunately can’t be fixed, unless you put a skin or a case on this phone.

The Nokia 5.1 runs cool with general tasks such as navigation, chatting, or using the GPS in apps like Uber. The area around the LED flash does begin to heat up quickly, however, when you fire up a game. Even simple ones such as Alto’s Odyssey got the temperature rising. However, the heat doesn’t spread beyond that area too much, so while the entire body does get warm after say, 30 minutes of PUBG, it’s still manageable.

There’s a single loudspeaker at the bottom, which gets fairly loud at full volume, but it’s positioning means it’s also easy to block with a palm when gaming or watching anything in landscape mode. The bundled headset is as basic as it gets. The ear tips didn’t stay put in our ears, and the sound was dull and hollow. There’s a microphone for calls but no button to control music playback.

The 13-megapixel primary sensor might be a step down in resolution compared to the Nokia 5.1’s camera, but it’s actually not a bad performer. There’s PDAF, an f/2.0 aperture lens and a second 5-megapixel depth sensor. Given enough light, the sensor captured good details in landscape shots. Unfortunately, it didn’t always get the exposure right, even with Auto HDR. With closeups, there was a bit of shutter lag when saving images, which at times, caused noticeable ghosting around the edges of objects.

The secondary depth camera does an average job at edge detection in portrait mode and the blur that’s applied looks very artificial. You can re-adjust it after taking shots, but in our experience there wasn’t much that could be salvaged. In low light, focusing speeds dipped and landscapes suffered the most. Macros were still decent under artificial lighting. 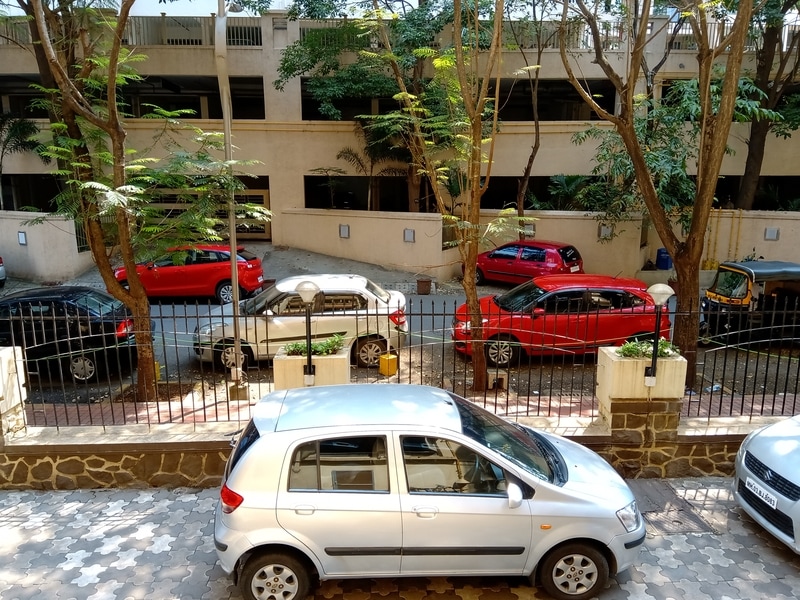 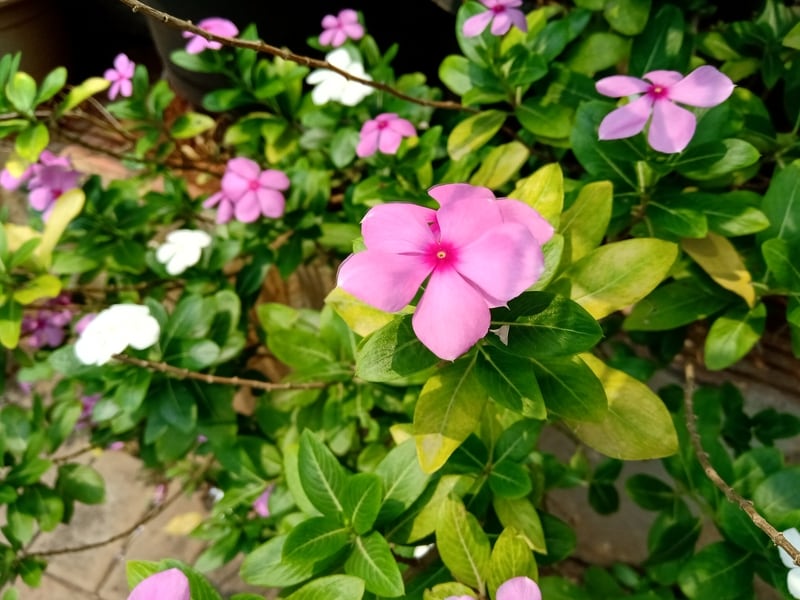 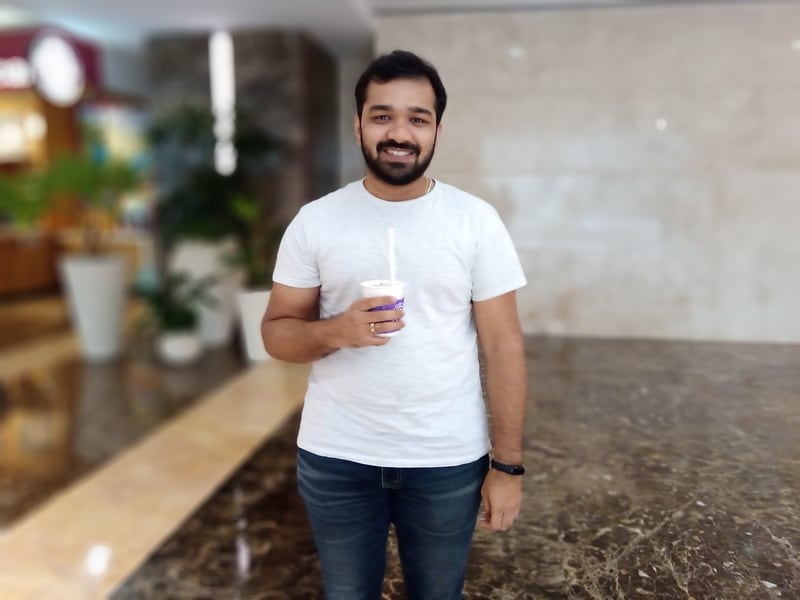 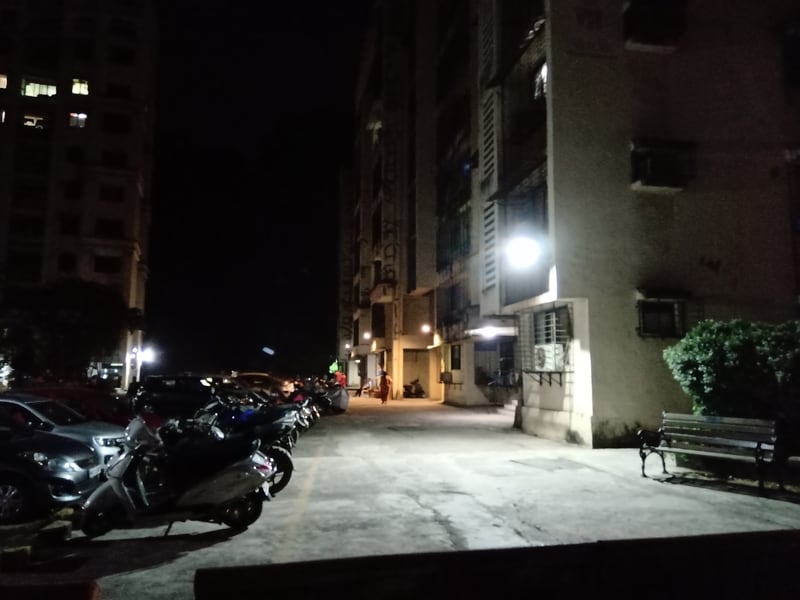 Additional camera features include masks that can be superimposed on people’s faces for fun, but there aren’t a lot to choose from. Beauty mode is adjustable, and thankfully, the beautification isn’t too jarring. There are Dual and P-I-P modes, which let you shoot with the rear and front camera simultaneously. There’s also a manual mode and a panorama mode.

Video recording tops out at 1080p and there’s stabilisation by default, which can’t be switched off. Under good light, the shimmer effect due to electronic stabilisation wasn’t too visible, but at night, the quality of video was quite poor. There’s slow-motion shooting, which captures 720p footage at 120fps. The front 8-megapixel selfie camera captured decent selfies under good light, but the HDR didn’t kick in when we needed it to. At night, the screen flash isn’t too effective.

Battery life is surprisingly good, considering the capacity of just 3060mAh. We easily managed to go a full day on a single charge. With more conservative use, we were able to last a bit longer. In our HD video loop test, we got a runtime of 14 hours and 36 minutes. There’s no fast charging, but the 10W adapter gave us a 56 percent charge in an hour, and took a little more than two hours to fully charge this phone.

Verdict
It’s safe to say that the Nokia 5.1 Plus is a good option at Rs. 10,999. We understand that many phones in this segment now sport higher resolution displays, but honestly, we never found the HD+ display on this phone to be an issue. The hybrid dual-SIM slot might bother some, especially if you would like to use two SIMs and a microSD card. Low-light video performance was below average too, and light metering could have been better in daylight shots.

However, the Nokia 5.1 Plus is one of the best looking phones in this segment, even with its thick screen borders and wide notch. Other things going for it include the Android One programme, excellent battery life, compact size, and a powerful processor.

Tesla's Autopilot Is Better Than You, Statistically
Facebook Lite App for iOS Launched, Now Available for Users in Turkey