A bit too basic for its own good

We have a good selection of entry-level smartphones in the Indian market right now, all priced at around Rs. 10,000, and the recently announced Nokia 2.4 could be another contender. Launched in India in November 2019 for Rs. 10,399, the Nokia 2.4 offers users a big battery and display, and the promise of guaranteed Android software upgrades for two years. However, does it have enough merit to make it to our list of recommended phones in this segment? Let's find out.

HMD Global seldom disappoints when it comes to the design of its phones, and despite the Nokia 2.4 being an entry-level model, it looks quite premium. It's relatively slim at 8.69mm and not too heavy at 189g. What makes it stand out though is the textured pattern and gradient colour scheme used on the back. I have the Fjord (blue) colour, and this phone is also available in Dusk (light purple), and Charcoal. Thanks to the matte finish on the back fingerprints aren't really an issue, and it's easy to grip the phone even with greasy palms. 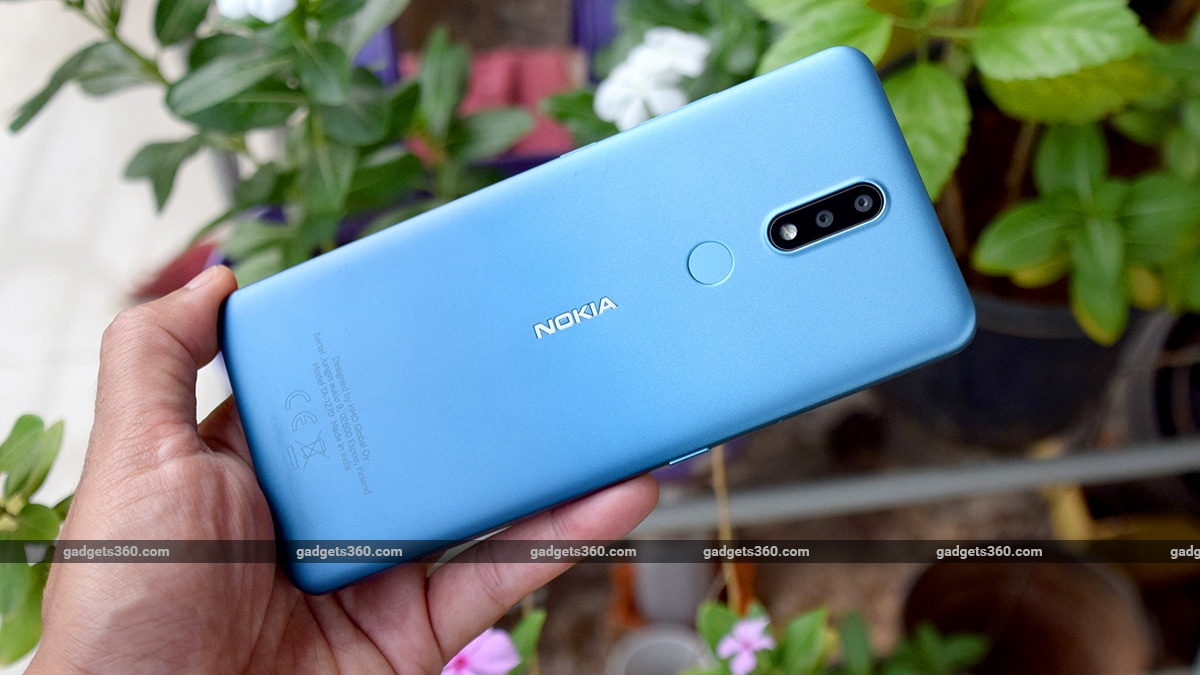 The Nokia 2.4 is a good-looking phone and is built well

The Nokia 2.4 has a dedicated Google Assistant button, which can be disabled if you don't use it, but can't be reprogrammed to launch any other app or task. The volume and power buttons sit on the right side of the phone and have good feedback. The Nokia 2.4 has a triple-slot tray for two Nano-SIMs and a microSD card. There's a headphone jack on the top and a Micro-USB port on the bottom, next to a single loudspeaker.

The Nokia 2.4 has a large 6.5-inch HD+ display with decent colour saturation. However, the front glass is very reflective, and since the screen doesn't get very bright, it can be tricky to see your content clearly in daylight. There's a sizable chin at the bottom and a notch at the top, plus thick bezels around the whole display. That's to be expected from a phone at this price.

The capacitive fingerprint sensor at the back works well, but I found face recognition to be a bit slow, and it doesn't work too well under very dim lighting either. The Nokia 2.4 is IPX2 rated for protection against light splashes of water. 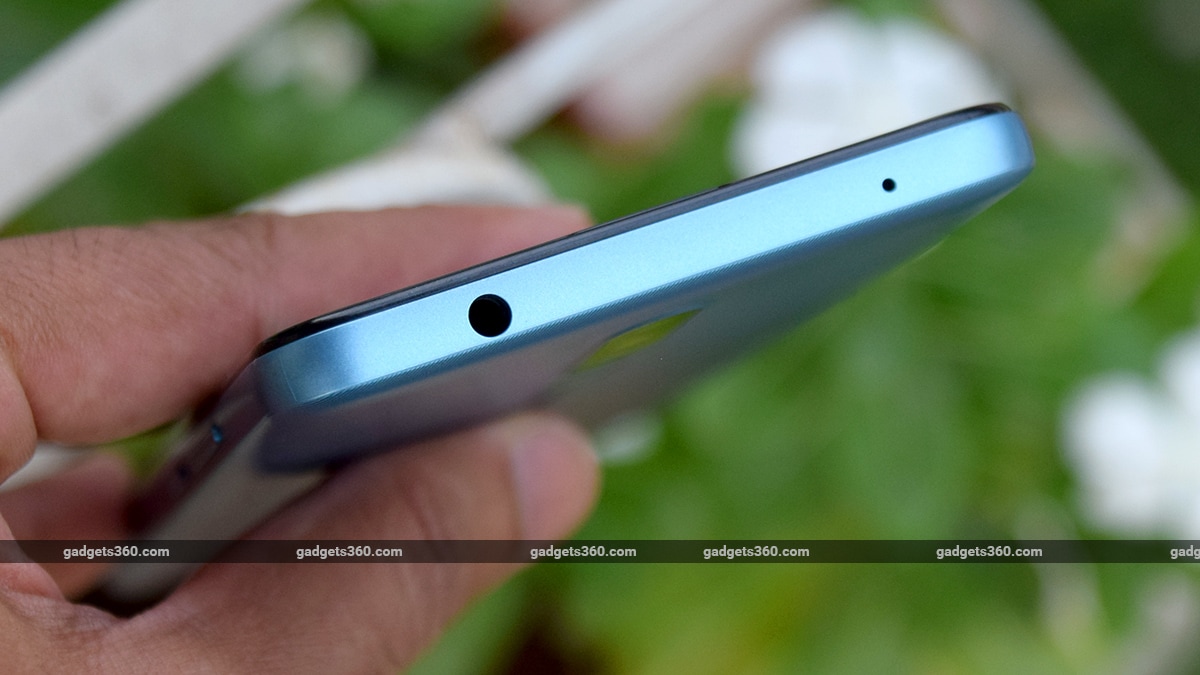 HMD Global has used the slightly dated MediaTek Helio P22 octa-core SoC for the Nokia 2.4. Most smartphones at this price or lower tend to favour the more recent Helio G35 SoC, but when comparing their specifications, there's not a lot that's different. In benchmarks such as Geekbench and PCMark, the Nokia 2.4 is slightly behind recent Helio G35-powered phones such as the Micromax In 1B (Review). However, both performed similarly in other tests.

The Nokia 2.4 is only available in one configuration, with 3GB of RAM and 64GB of storage. Other specifications include Wi-Fi n, Bluetooth 5, FM radio, support for multiple satellite navigation systems, and a few basic sensors. The Nokia 2.4 features a 4,500mAh battery which is said to last up to two days on one charge.

Android 10 looks lean thanks to the near-stock rendition of it. Apart from the basic Google apps and Netflix, there's only a self-care app from HMD Global called My Phone. The Nokia 2.4 is part of Google's Android One programme, which guarantees it three years of monthly security updates and two years of Android software upgrades. The Settings app also includes toggles for a bunch of basic gestures to let you quickly do things like mute incoming calls. 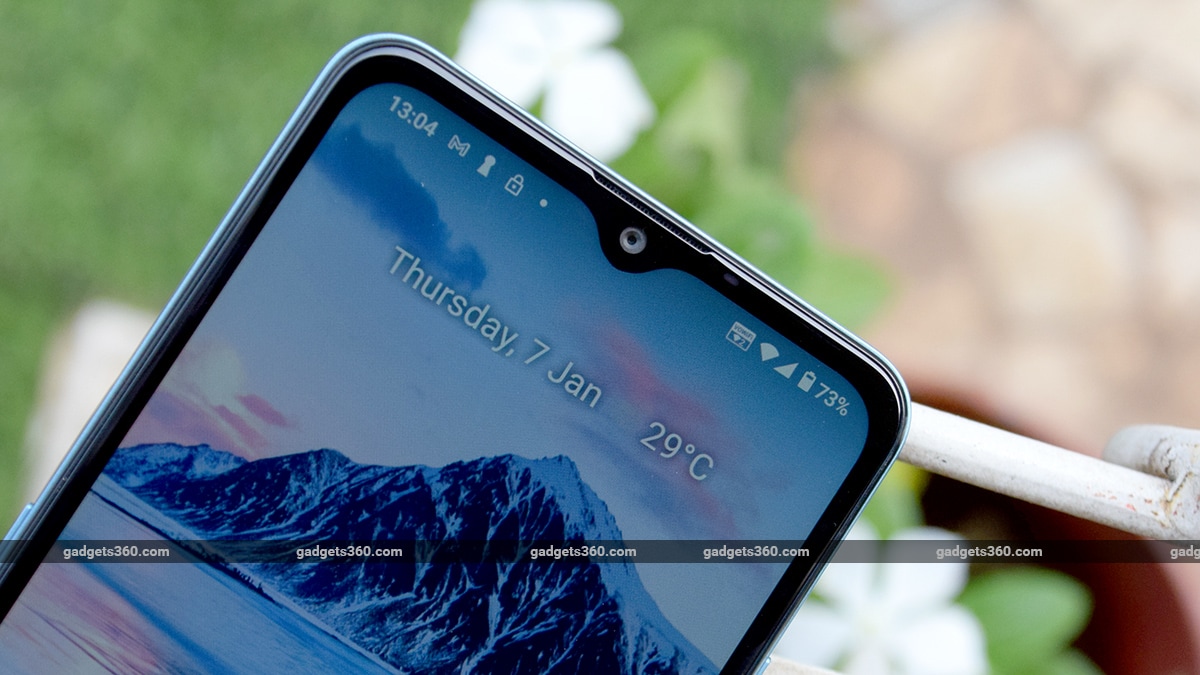 The Nokia 2.4 has thick bezels around the display and a notch for the selfie camera

The Helio P22 was a decent chip for its time, but it's beginning to show its age now. Even with nearly bone-stock Android and 3GB of RAM, the OS feels a bit laggy pretty much all the time. Animations stutter mildly when you open a new window or simply swipe across homescreens. We're used to seeing this with budget phones, but I wasn't expecting on a phone without a custom Android skin. However, the lag is something you might get used to after a while as it doesn't impede usability too much.

The Nokia 2.4 can handle mundane tasks well enough. Apps do take a bit longer than usual to load, but after that I didn't face much trouble. Heavier apps or even games on the other hand can be a bit much for the Nokia 2.4 to handle. For instance, simple titles such as Among Us aren't a problem, but the phone struggled to offer playable framerates in CarX Drift Racing 2, even at the lowest graphics settings.

While the display produces decent colours when watching videos or any type of content, the viewing angles are very weak. It's almost impossible to see anything when the phone is inclined, for example if it's lying on a table, even at full brightness. Audio from the speaker is tinny, with just vocals in music or dialogue in video being audible enough, while mids and lower notes are heavily suppressed. 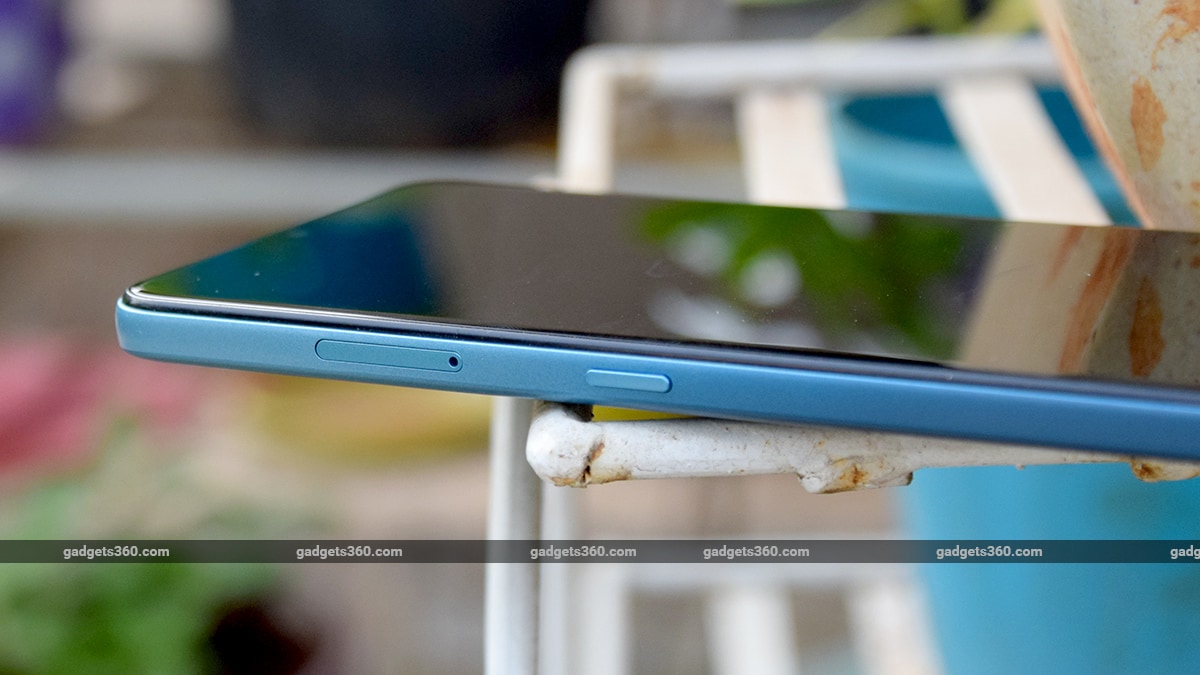 The Nokia 2.4 does offer good battery life. I easily managed to use it for a day and half on one charge, which is pretty good. However, when you do need to charge this phone, it will take a very long time since it only charges at 5W. In my experience, the battery charged to just 32 percent in an hour using the bundled adapter.

The cameras on the Nokia 2.4 are rather simple. There's a primary 13-megapixel sensor on the back with an f/2.2 aperture, and a secondary 2-megapixel depth sensor. The selfie camera has a 5-megapixel sensor with an f/2.4 aperture. The camera app offers the standard set of shooting modes, including a Night mode. The maximum supported resolution for videos is 1080p, for the front and rear cameras.

Image quality is strictly average even when shooting in daylight. HDR does work well but photos I took usually ended up having muted colours and weak details in landscape shots. The autofocus is a bit slow to react, but it's usable for relatively sharp close-up shots. Portrait mode is a bit of a hit or miss, but at least the app allows you to adjust the level of blur and the type of bokeh pattern you'd like for diffused light sources. 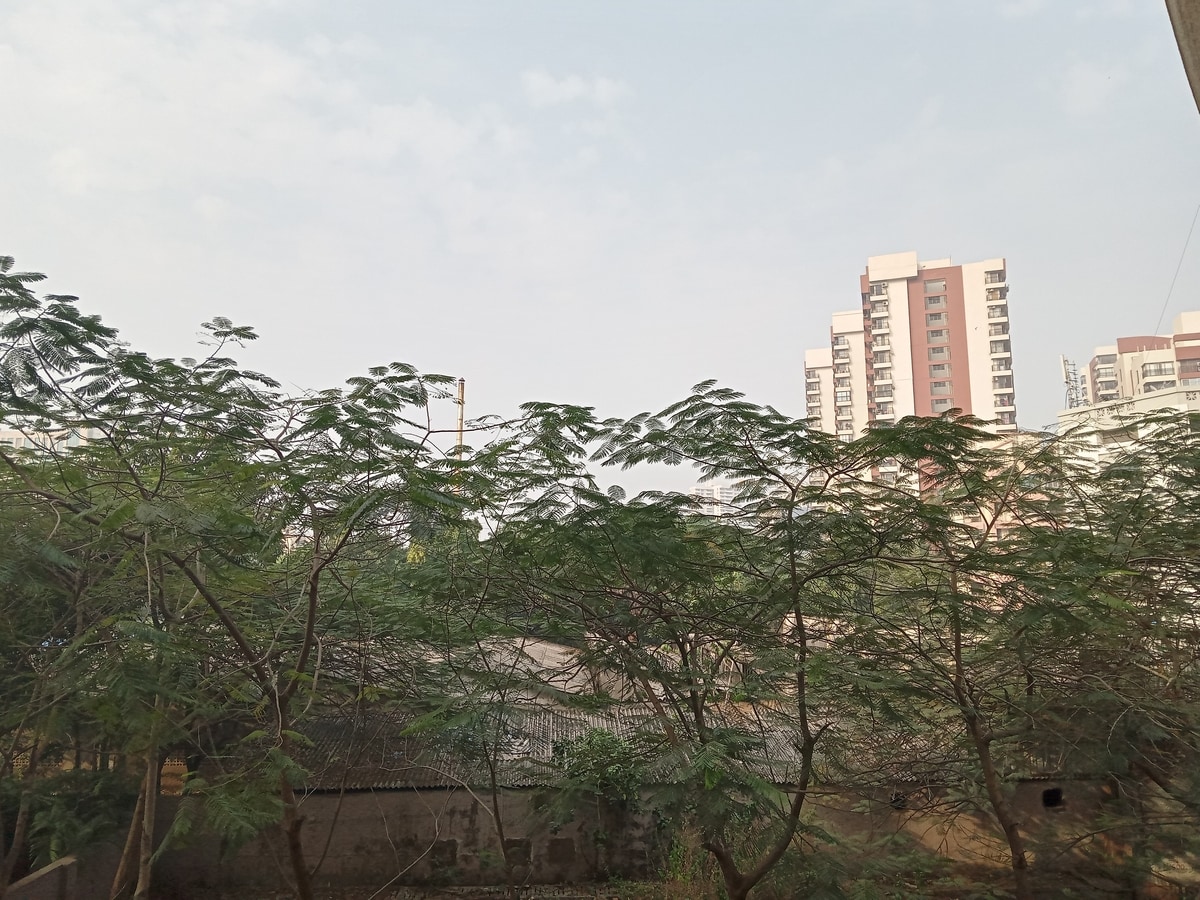 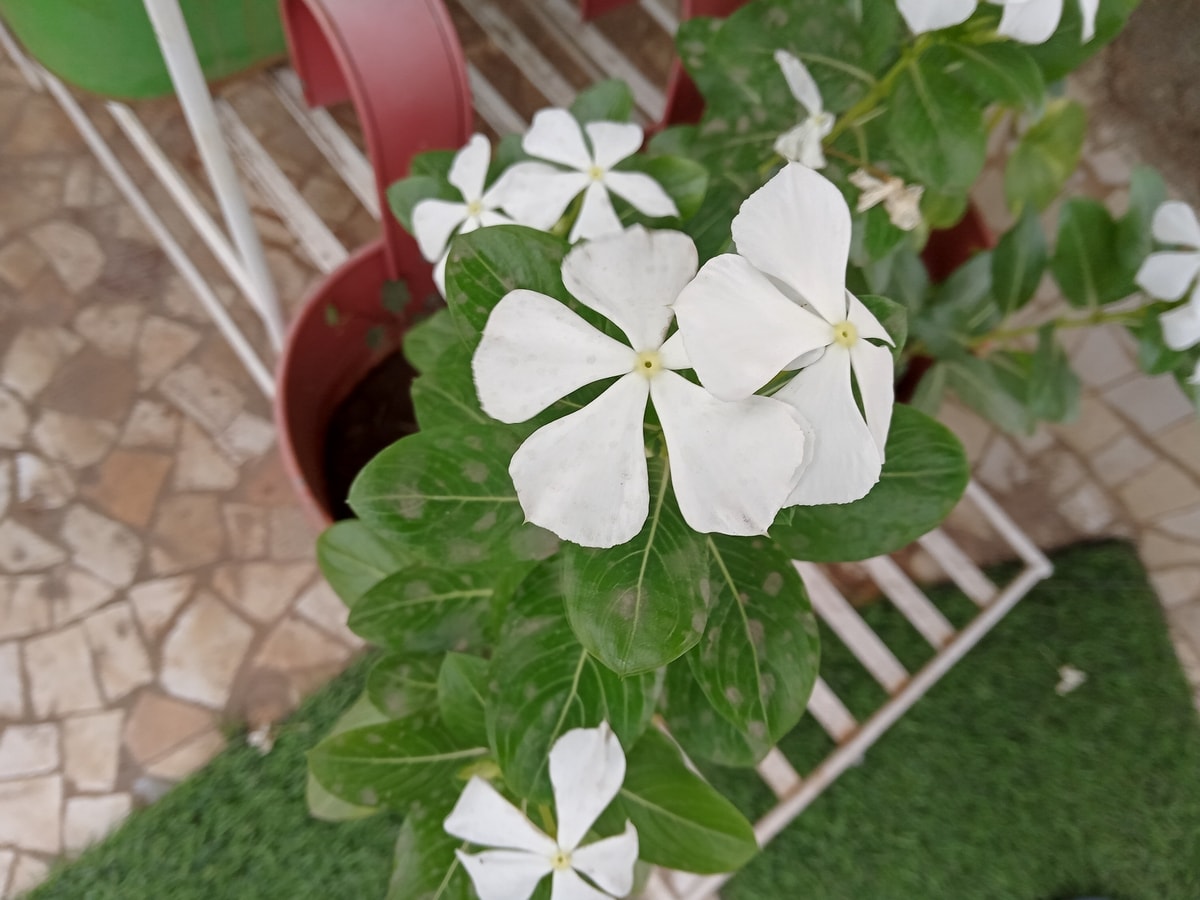 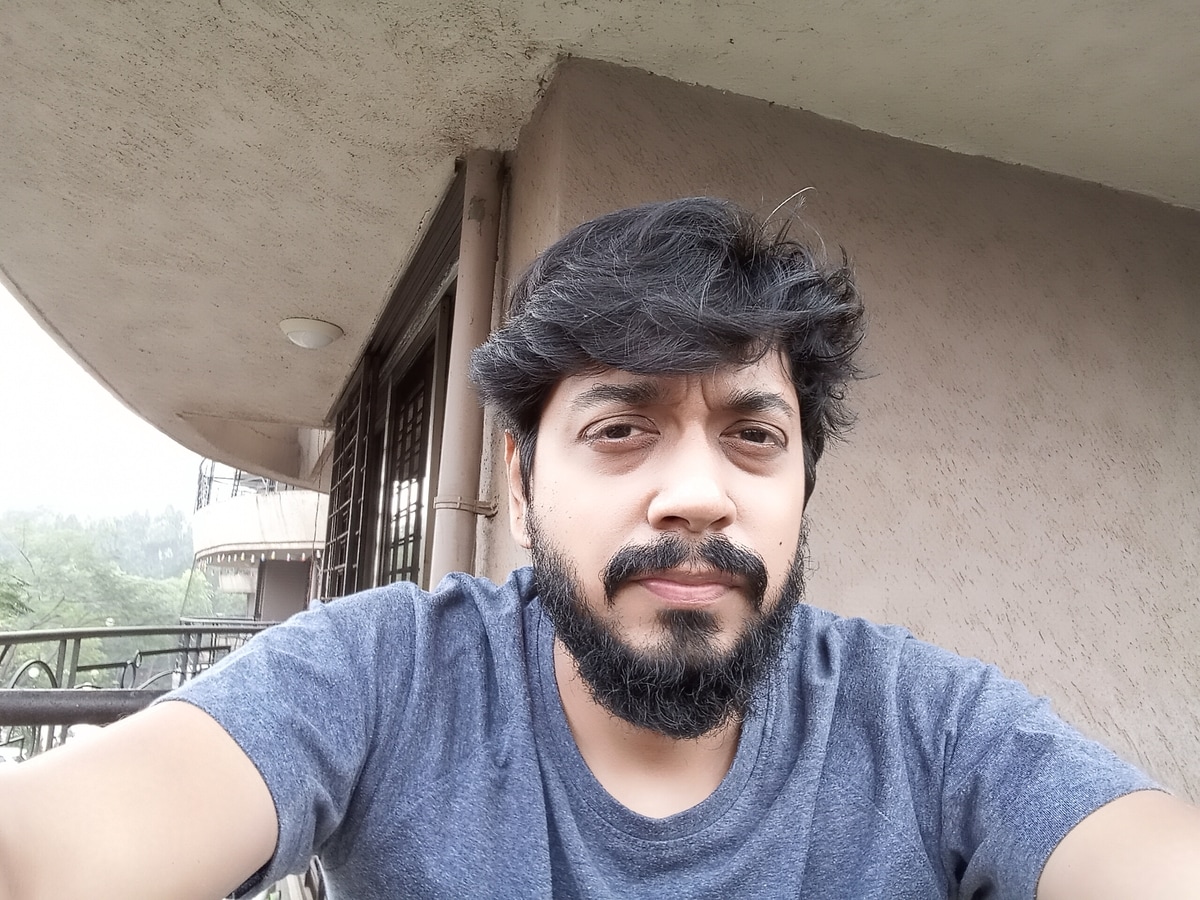 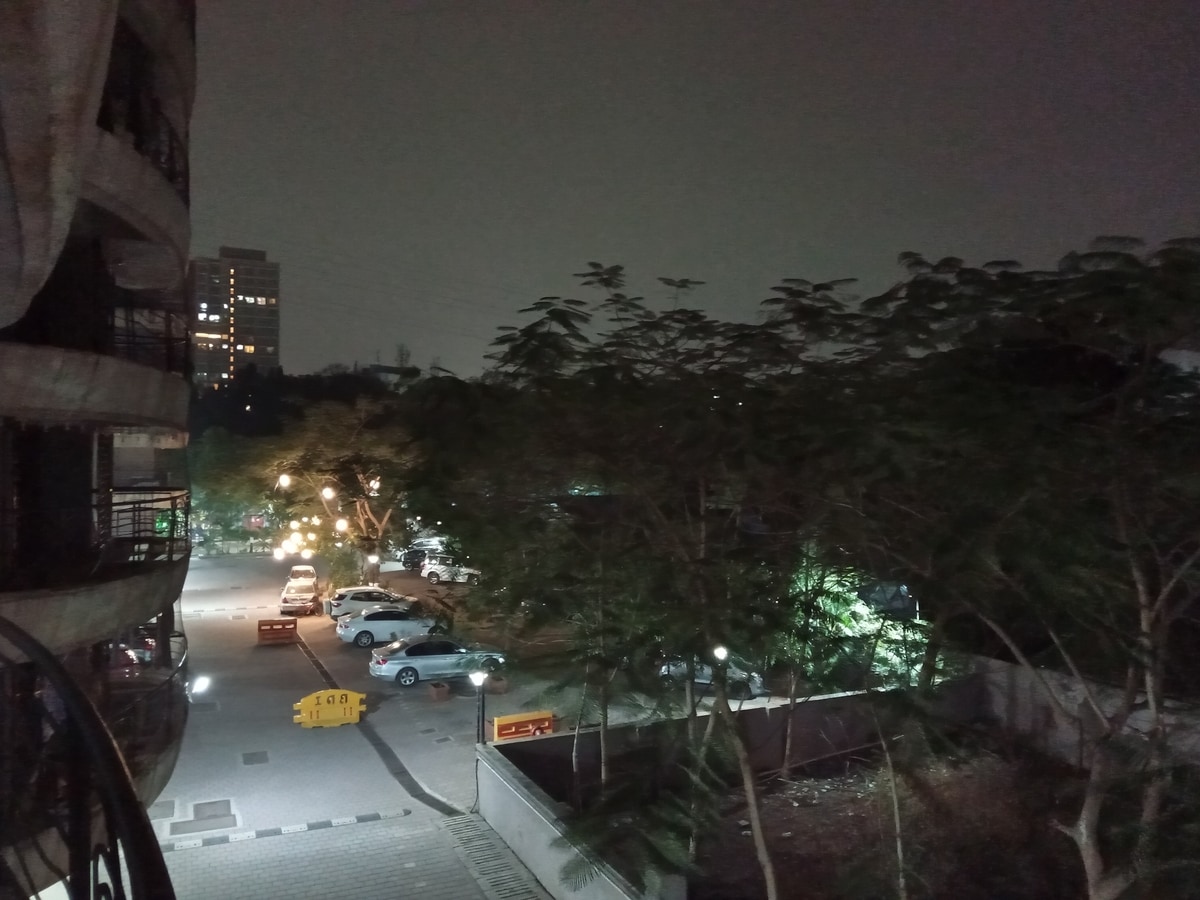 The Nokia 2.4 feels like it should have been positioned a few steps below its current asking price. Good design, decent battery life, and lean software aside, there's very little that's actually appealing. Priced a little over Rs. 10,000, I think you'd be better off with the Motorola Moto G9 (Review) for just a bit more money.