The Nokia 2.2 is HMD Global’s most affordable Android One smartphone yet.

HMD Global's newest phone will be available in two colour options — Steel and Tungsten Black. Both variants have a glossy finish which attracts a ton of fingerprints. If these colours are not to your liking, Nokia offers the ability to swap out the removable back cover of the Nokia 2.2. There will be three Xpress-on covers available at launch — Pink sand, Forest Green, and Ice Blue.

Just like most Nokia smartphones launched under HMD Global's tutelage, the Nokia 2.2 also feels solid in the hand - despite the all-plastic construction. The smartphone is also very compact and pocketable, a far cry from last year's wide and heavy Nokia 2.1. The taller aspect ratio and the curved edges also make it easy to hold in one hand.

The single rear camera shares space with an LED flash, both of which are placed in a pill-shaped housing, underneath which is a vertically-oriented Nokia logo. The Android One branding is proudly emblazoned at the bottom, with a single loudspeaker alongside the same. Rear-mounted speakers have all but disappeared, and for good reason. The sound gets muffled every time the phone is placed on a hard surface, so we'll be curious to see how this works out when we use the Nokia 2.2 in the real world as part of our review process.

One of the key features of the Nokia 2.2 is the dedicated Google Assistant button on the left edge. The button is sadly not programmable and can only be switched on/ off. A single press fires up the Assistant and holding the button works allows you to give detailed commands.

The Nokia 2.2 joins the ‘bezel-less' craze with a 19:9 display and minimal borders. Of course, bezel-less is just marketing speak but the borders are far slimmer than the ones found on the Nokia 2.1, which had a traditional 16:9 display. The display has a waterdrop-style notch which HMD Global calls a ‘discreet selfie notch'.

The HD+ resolution is more than acceptable at this price point and the display itself has decent viewing angles. Of course, these are just initial impressions and a detailed assessment will have to wait till our detailed Nokia 2.2 review.

With the Nokia 2.2, HMD Global has ditched Android Go — which seemed like a work in progress in its initial days — for Android One. As such, the smartphone runs a full-fledged build of Android 9 Pie, with the promise of two years of software updates and three years of security patches. 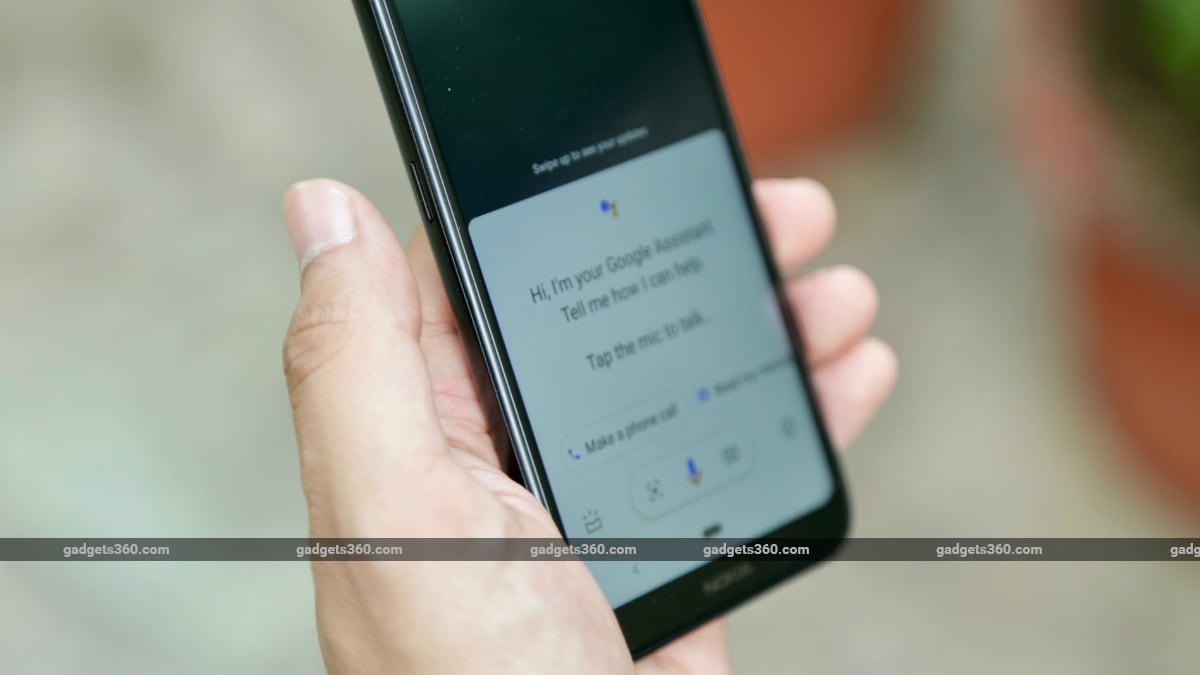 The smartphone is powered byMediaTek's 12nm Helio A22 chipset, which has four cortex A53 cores. There's a 3,000mAh battery on board with support for 5W charging.

In our limited time with the device, performance was quite smooth, especially for a device in this price range. We did experience a few dropped frames while swiping to the Google page at the left of the home screen. That said, the rest of the animations were fluid and the camera app had little lag while capturing and processing photos.

The smartphone lacks a fingerprint sensor, but does feature biometric face unlock, which HMD Global claims has been equipped with a feature called 'liveliness detection', which is supposed to help prevent the phone being unlocked via photos, and printouts. While we are sure to test this feature in our detailed review, in our brief-hands on we found the face unlock to be fast and reliable.

On the imaging front, the Nokia 2.2 has a solitary 13-megapixel camera at the back with an aperture of f/2.2 alongside a single LED flash. Up front, there is a fixed-focus 5-megapixel front camera. A front LED flash is conspicuous by its absence. 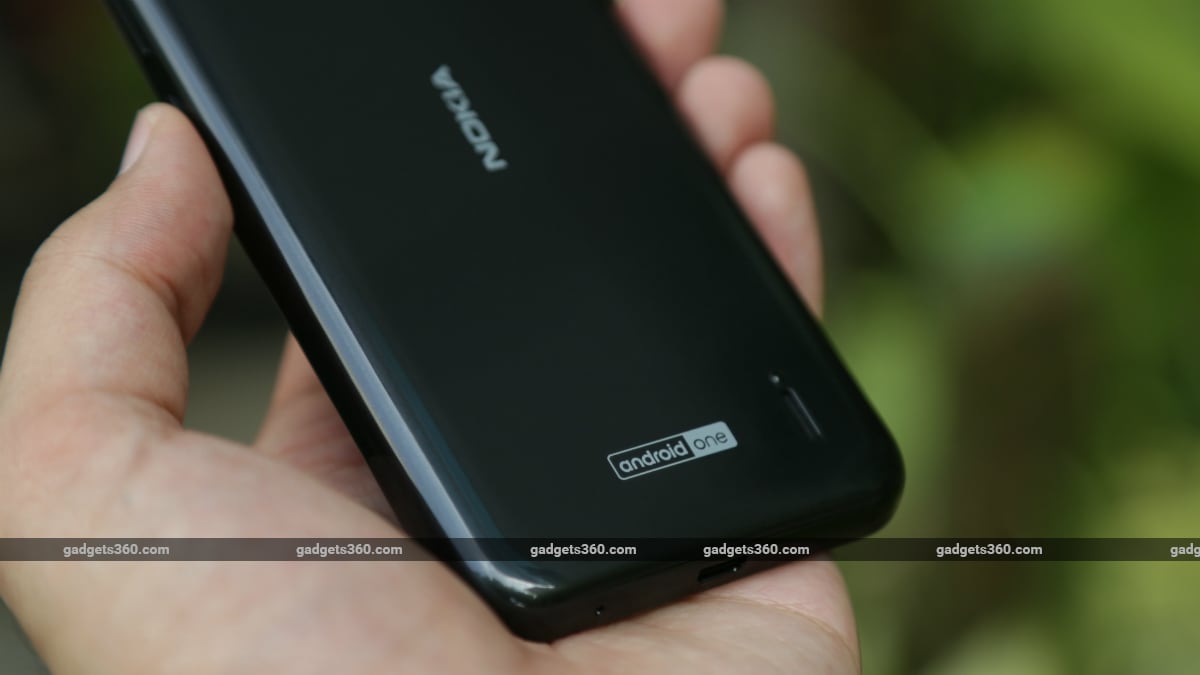 The Nokia 2.2 is a part of Google's Android One programme

There are some AI features baked into the camera app, the most interesting of which is the 'AI powered low light fusion technology'. Nokia claims the the smartphone “snaps multiple images simultaneously and through advanced algorithms creates a single image with more light”. We will test these claims in the coming days.

Though pre-bookings of the Nokia 2.2 are now open, we suggest you stay tuned to Gadgets 360 for our in-depth review, wherein we will extensively test the smartphone's cameras, software, battery life, and overall performance to deliver a final verdict.