Motorola smartphones used to be known for their good build quality, near-stock Android UI, quick updates, and good prices. In the recent past, though, we have seen slower software updates, while the prices of its smartphones have been steadily rising. For example, the Moto G6 Plus was launched recently at Rs. 22,499 which is higher than what other G series smartphones have been priced at in the past. The Moto G6 (Review) and the Moto G6 Play (Review) have weaker processors than their current competition, which makes them feel like they don’t offer as much value for money as previous Moto G models.

Motorola, now under the management of Lenovo, has partnered with Google to launch the new One Power smartphone, which is a part of the Android One programme. It is priced at Rs. 15,999 which is good compared to other recently launched Motorola products. However, with popular smartphones such as the Nokia 6.1 Plus (Review), Asus ZenFone Max Pro M1 (Review), and the Xiaomi Redmi Note 5 Pro (Review) in the market at the exact same price, the Motorola One Power has some serious competition. Can it stand up against them all? We put it to the test to find out.

The One Power is the first smartphone from Motorola in India to sport a notch. It has a big 6.2-inch display and a Motorola logo below it. The phone is slightly bulky, measuring close to 9mm in thickness, and weighs 205g. It makes its presence felt in the hand, and you will feel fatigue when you hold it for a while. The device has a metal backplate but the sides are made out of plastic. In comparison, the Nokia 6.1 Plus uses glass in its construction which gives it a premium look. The One Power has a dual camera setup at the back, and the camera module houses both lenses along with a dual-tone LED flash.

This phone has a fingerprint scanner at the back, and the positioning is spot on. Either of your index fingers will rest on it naturally. Motorola has also put its batwing logo on the scanner. The power and volume buttons are positioned on the right, while the left has the SIM tray. We liked that the power button is easy to reach but the volume buttons are positioned a little higher forcing us to shuffle the phone in our hand. 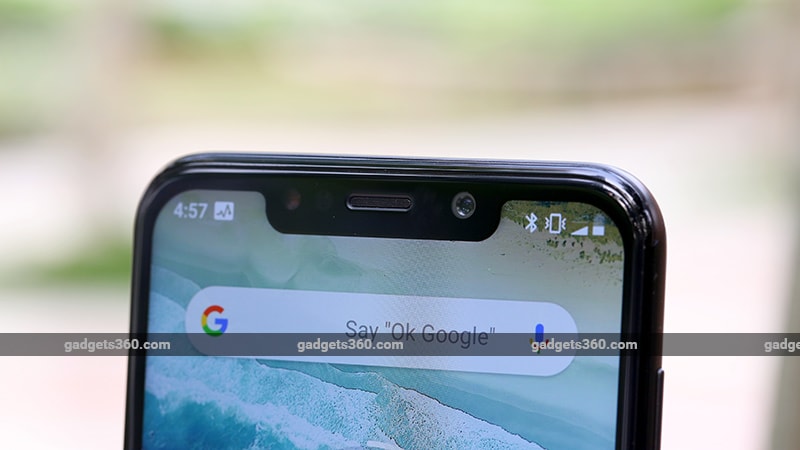 The headphone jack and the secondary microphone are on the top. At the bottom, there are two grilles out of which only the right one houses a speaker. The positioning is such that you can accidentally muffle it when holding the phone n landscape. There is a USB Type-C port at the bottom, and this phone supports quick charging to top the big 5000mAh battery quickly. Motorola supplies a 15W Turbo Charger along with a transparent bumper case in the box, which are good additions at this price.

Motorola One Power specifications and software

The Motorola One Power boasts of good specifications, and Motorola seems to have taken a good look at the competition while creating this smartphone. The hardware is similar to that of the Xiaomi Redmi Note 5 Pro and the Nokia 6.1 Plus. Powering the device is a Qualcomm Snapdragon 636 processor, which is an octa-core chip with four cores clocked at 1.6GHz and the other four cores clocked at 1.8GHz. The One Power has 4GB of RAM and 64GB of internal storage, and there are no variants. There is a microSD card slot which lets you expand storage by up to 256GB.

The 6.2-inch LTPS IPS display sports a full-HD+ resolution and a 19:9 aspect ratio. It has good viewing angles and the display is legible when outdoors. Motorola also lets you tweak the colour temperature of the display and choose between standard and vivid output. There is support for Bluetooth 5.0, dual-band Wi-Fi 802.11 b/g/n/ac, GPS, FM Radio, and USB-OTG. Sadly, this phone misses out on dual 4G. Instead, only one SIM can latch to a 4G network while the other is restricted to 3G. 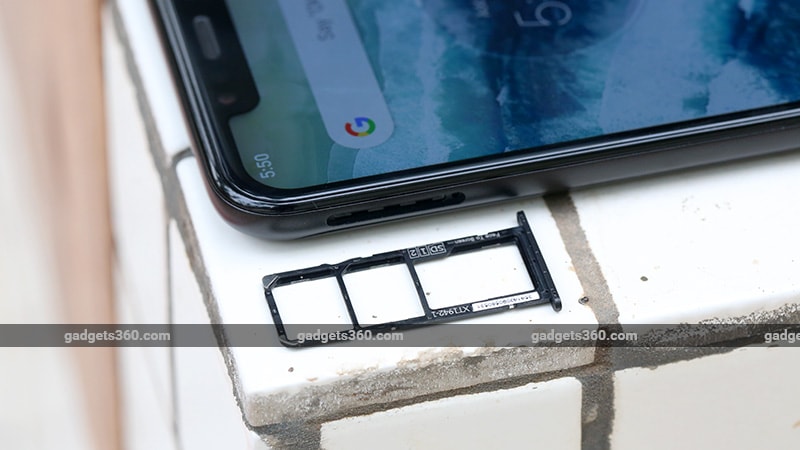 Since the One Power is a part of Google’s Android One programme, the phone gets pure stock Android with minimal apps on board. It runs Android 8.1 Oreo and also promises security updates for three years and Android updates for two years. At launch, Motorola confirmed that it is working on pushing out Android Pie for this smartphone and will release a beta soon. If you have used stock Android or prefer it over the custom UIs that other manufacturers offer, you will like the One Power.

Motorola has added Moto Actions, which are gestures that let you interact with the phone. The One Power has Moto’s double-chop gesture that triggers the flashlight, and the double-twist gesture that fires up the camera app. Moto Display is a feature that lights the display up for incoming notifications and when the phone is picked up. Dolby Audio lets you tweak the output from the loudspeaker and the headphones, and we noticed a difference in sound quality when its enabled.

We also liked the Smart SIM feature that lets you designate your two SIMs as work and personal, and assign two different profiles to them. For example, if you place a call to a contact associated with your work profile, it will use the appropriate SIM. You can also map specific contacts to a SIM making it the default outgoing number when you are calling them.

The Motorola One Power is powered by a fairly powerful processor and you won’t notice any lag or stutter while using this smartphone. There is 4GB of RAM which ensures that it can multitask without having to kill apps in the background. One issue we did notice was that the smartphone was slow to unlock when using our fingerprints. The device would vibrate after scanning the fingerprint but was slow to wake the display up. It does not have a face unlock feature, which is popular on smartphones these days.

We ran a couple of benchmarks, and the One Power managed to score 114,609 points in AnTuTu, and 1300 and 4873 respectively in the single-core and multi-core tests in Geekbench 4. It scored 34fps in GFXBench T-Rex, while managing 6fps in GFXBench Car Chase. We played PUBG which recommended low settings. The game ran without any issues and the device did get hot to the touch when we played for 30 minutes in an air-conditioned room. 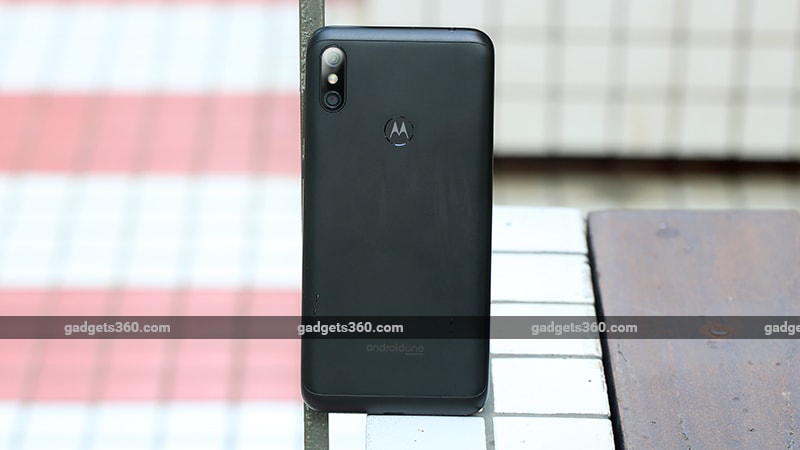 In our HD video loop test, the One Power went on for 16 hours and 8 minutes, making the most of its massive 5000mAh battery. If you like to binge watch movies or TV series, you will be able to do so on this smartphone. We started a day with the battery level at 69 percent, ran all our benchmark tests, took a couple of photos, had an active WhatsApp account, and played 30 minutes of PUBG, and we still had 20 percent left at the end of the day. When the battery does run out, the supplied Turbo Charger is capable of charging the smartphone up to 31 percent in 30 minutes, and 71 percent in an hour. It took us close to 2.5 hours to charge completely.

The dual camera setup at the back consists of a 16-megapixel primary sensor with PDAF and a 5-megapixel secondary depth sensor. At the front, it has a 12-megapixel selfie shooter with an f/2.0 aperture and a 1.25-micron pixel size. The camera app is by Motorola and has Photo, Video, Portrait, and Expert modes to choose from. The Expert mode lets you control white balance, exposure, ISO, shutter, and focus before clicking. There are quick toggles for HDR, flash, timer, and different aspect ratios. Google Lens is also baked into the camera app and lets you identify objects you are pointing at. The camera is set to an 18.7:9 aspect ratio by default and you’ll need to switch to 4:3 to take 16-megapixel shots. You also get a shortcut for digital zoom, helping you zoom in quicker than using two fingers to pinch or stretch on screen. 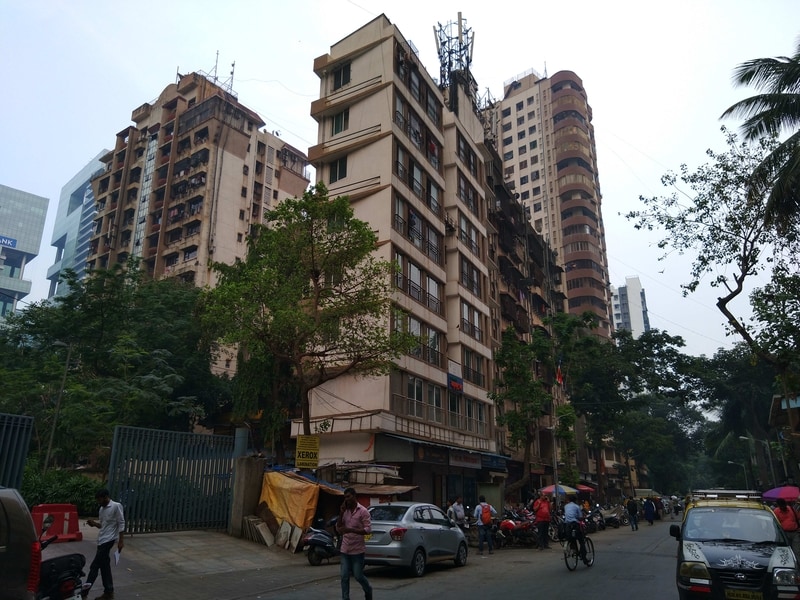 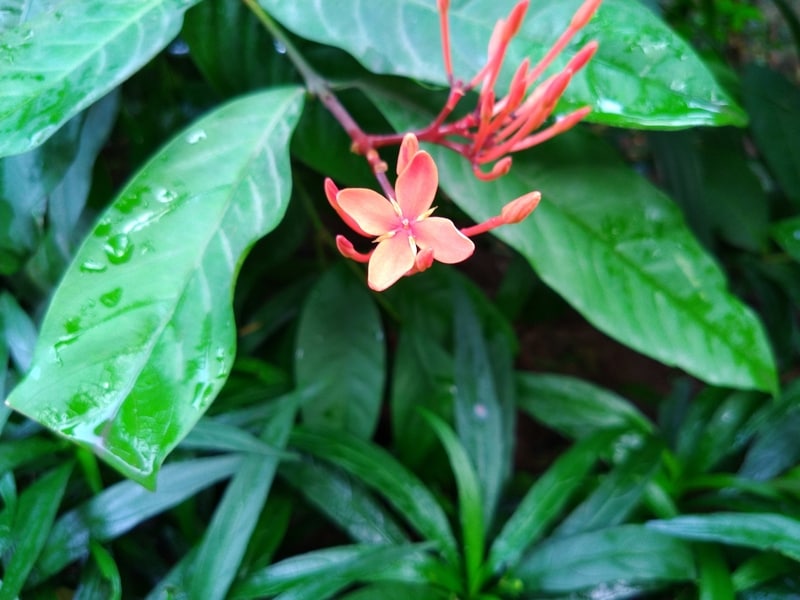 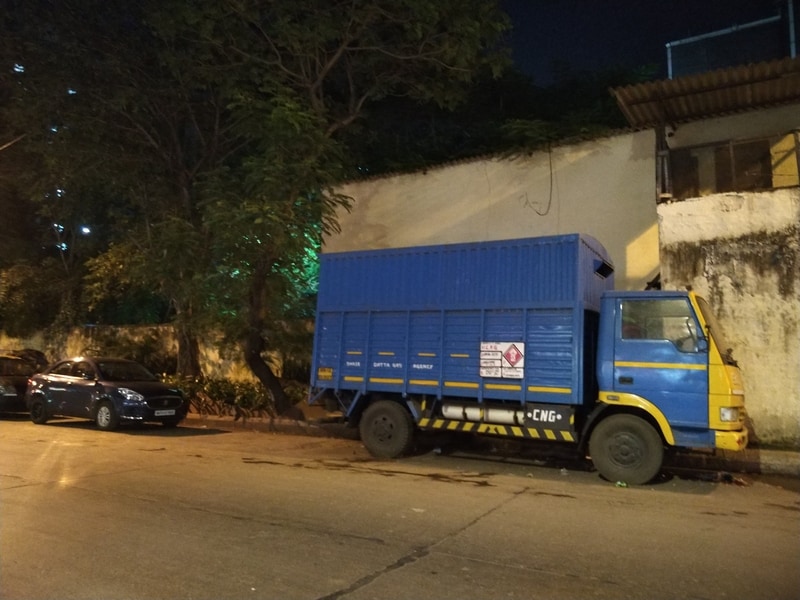 In daylight, the One Power is fairly quick to meter scenes and set the camera up for a shot. We got some good daylight shots off the One Power with decent amount of detail. With HDR set to auto, there is no indication whether or not the phone is taking an HDR shot. When shooting macros, the One Power struggled to focus where we wanted it to, and needed multiple taps. When it did focus, it delivered a sharp image with good separation between the subject and the background, and sharp edges. The camera performance dropped in low light. Photos lacked sharpness and detail. Night mode is available but the phone does not switch it on automatically and we had to go into the settings to do it manually every single time. Photos with night mode enabled were sharper and had better details.

The portrait mode puts the secondary depth sensor to use, and gives you control over the amount of blur you want. Portrait shots we took had decent edge detection and did not look artificial. The selfie camera took good selfies and the selfie flash was useful in low-light conditions. There is a beautification toggle which smoothens the output, and auto HDR is available for the selfie camera as well. Motorola has also added depth effects for the selfie camera, giving you the option to set the level of blur. It delivered a good result but we found edge detection to be average. Video recording maxes out at 4K for the primary camera and 1080p for the selfie camera. It lacks video stabilisation which resulted in shaky output.

Verdict
The Motorola One Power has made it to the Indian market at a sensible price. It is built well and runs pure stock Android, and its biggest advantage is the 5000mAh battery. Since it is a part of the Android One programme, it will get guaranteed security updates for three years, and software updates for the next two years. It also offers better value compared to the Moto G6 and G6 Plus. However, it misses out on dual 4G which is a big omission considering the price. Overall, the One Power is a well-rounded phone and is a good choice for people who prefer stock Android and want the best battery life in this segment.

However, the One Power does not have an unopposed run. The Nokia 6.1 Plus (Review) and the  Asus ZenFone Max Pro M1 (Review) are the closest competitors with similar hardware. The Nokia offers better build quality as well as Android One, while the ZenFone Max Pro M1 offers more RAM and is most affordable of the three. For power users, there is the Xiaomi Mi A2 (Review) which is priced slightly higher at Rs 16,999, but sports powerful hardware and better cameras.

Further reading: Motorola One Power, Motorola One Power price in India, Motorola One Power specificiations, Motorola
Aditya Shenoy Email Aditya Aditya Shenoy writes reviews smartphones, wearables, headphones and speakers for Gadgets 360, out of Mumbai. Aditya is a reviewer for Gadgets 360 and has written extensively about smartphones, software updates, and upcoming devices. Aditya is available on Twitter at @adishenoy, and you can mail him at adityashenoy@ndtv.com, so please send in your leads and tips. More
BSNL Offers Free 1-Year Amazon Prime Subscription to Postpaid and Broadband Users: How to Claim It
UIDAI Asks Telcos to Submit Plan to Discontinue Aadhaar-Based eKYC