Motorola One Fusion+ design: Pop up

The Motorola One Fusion+ is a little different from some of the other recent smartphones I have seen in the sub-Rs. 20,000 price range. The display measures 6.5 inches, and I couldn't reach the top while using the phone single-handed without shuffling the phone in my hand. What I like is that there is no notch or hole for the front camera, and you get an uninterrupted view of the display. The selfie camera is in a pop-up module, which isn't very common in this price range now.

I found the Motorola One Fusion+ to be chunky, as it is 9.6mm thick and weighs 210g. You'll definitely notice the bulk when holding it. Thankfully, the sides of the smartphone are curved which make it somewhat comfortable. Motorola has positioned all the buttons on the right, which looks cluttered while the left side is bare. The power and volume buttons are easy to reach, and there's a fourth button dedicated to the Google Assistant. You can press it once to summon the Google Assistant, or press and hold for the phone to listen for your commands in walkie-talkie mode. This button is higher than the rest and I would have liked it to be on the opposite side. 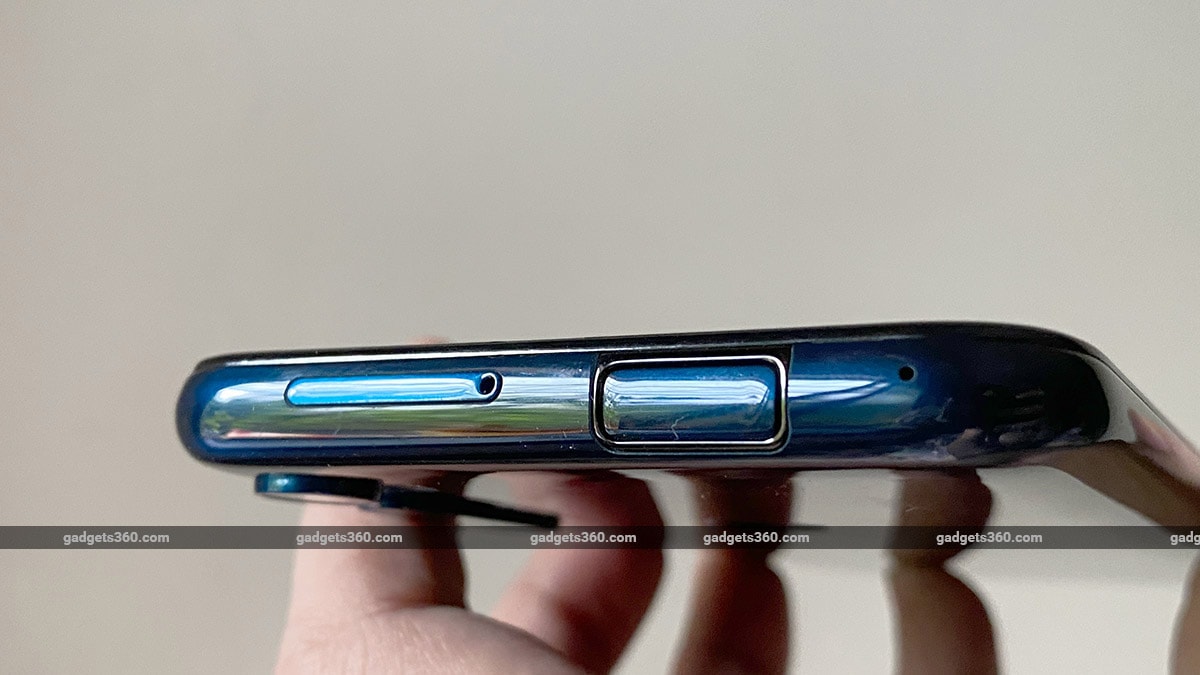 The Motorola One Fusion+ has a pop-up selfie camera

The back sports a quad-camera setup with three cameras in one module while one additional sensor is independent, with a flash next to it. These cameras jut out slightly from the back of the phone, but the lenses should be safe if you use a case. The rear-mounted fingerprint scanner is easy to reach and has Motorola's familiar batwing logo on it. While several current competitors use side-mounted fingerprint scanners, I still like this placement as it is convenient to use.

Motorola has packed in a 5,000mAh battery which is also part of the reason for this phone's bulk. The One Fusion+ comes with an 18W TurboCharger in the box to help with fast charging. The smartphone has a 3.5mm headphone jack at the bottom alongside the USB Type-C port and a bottom-firing speaker. This single speaker is loud enough to fill a small room and adds to the video watching experience. I could also hear the phone ringing from an adjacent room easily.

Motorola One Fusion+ specifications and software: Made for India?

The Motorola One Fusion+ is available in one configuration only, with 6GB of RAM and 128GB of storage. Motorola has priced it quite well at Rs. 16,999. Yes, the display of the Motorola Fusion+ does not have a fast refresh rate, as we're beginning to see at this price point, but this isn't really a deal-breaker here and I didn't miss it at all during the review period. 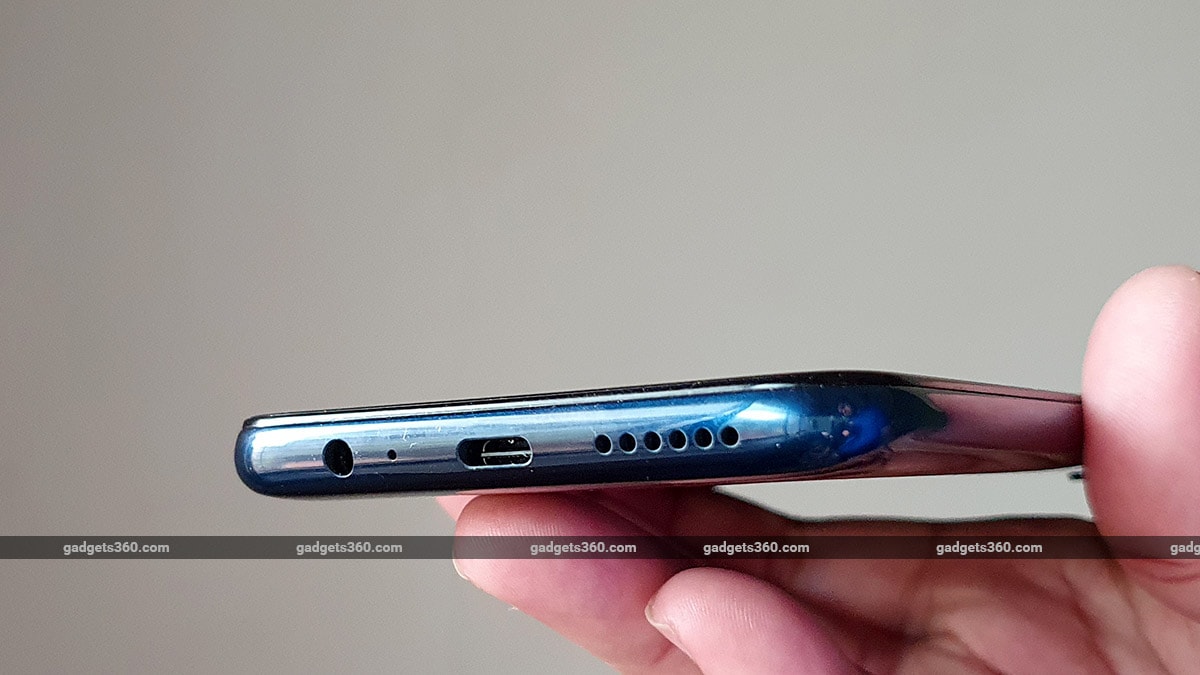 The bottom-firing speaker is very loud

The display is really crisp. It is an IPS LCD panel that is HDR10 certified and there are three colour modes to choose from. It is set to the Saturated colour mode by default but you can switch to the Natural or Boosted options if you prefer. There is no protective glass, and Motorola only says that it has used an anti-fingerprint and an anti-scratch coating, so you'll still need to be careful.

Motorola sells the One Fusion+ in two colours, Twilight Blue and Moonlight White. While we had the Blue version, I would personally pick the all-white option since it stands out from the rest of the phones in the market. The One Fusion+ has support for dual 4G VoLTE, Bluetooth 5, and Wi-Fi 802.11ac. Storage is expandable but there's a hybrid dual-SIM slot.

What I like most about the Motorola One Fusion+ is the fact that it runs near-stock Android 10 with a few useful added features. It was running the April security patch, which was the only slight downer in the overall software experience. The Motorola One Fusion+ is not a part of the Android One programme, and I can only hope that it will get timely software updates for at least a few years.

Moto Actions gestures, such as a double-chop to turn on the flashlight and a double-crank to launch the camera, are all present. This phone also has the Moto Display feature which prevents the phone from going into standby while you are looking at the screen. Peek Display lets you interact with notifications while the screen is locked, and in a way makes up for a missing notification LED. 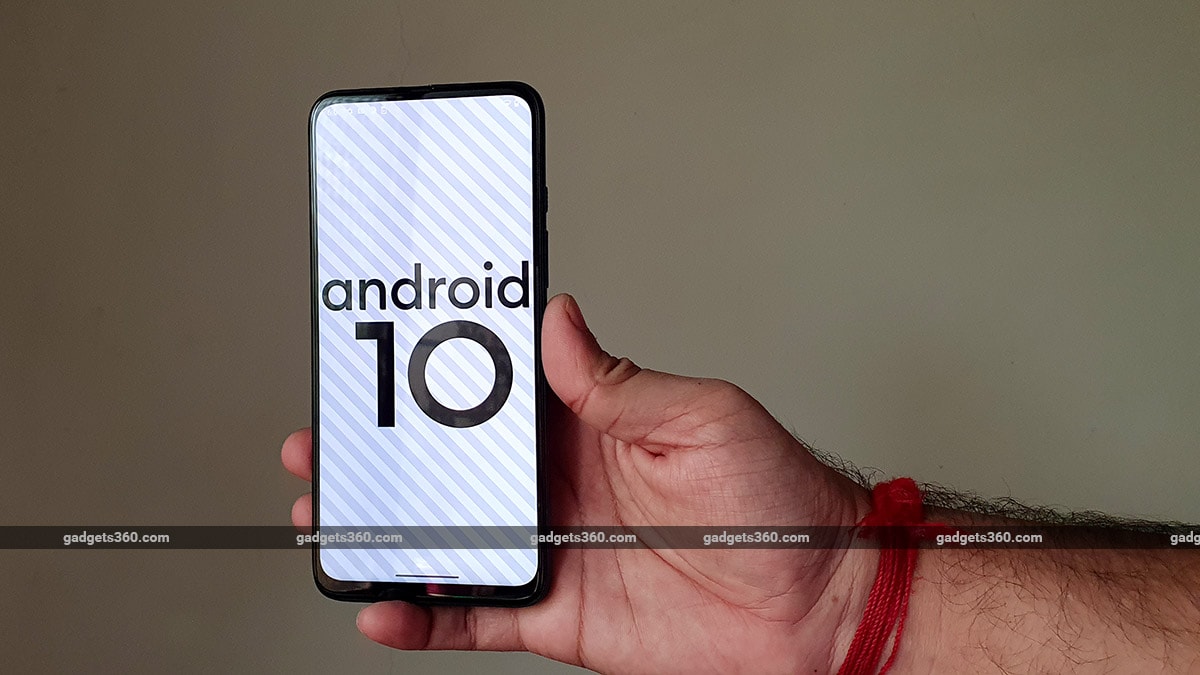 There are a few other gestures as well, such as a three-finger swipe for taking screenshots, flip for DND, and pick up to silence. Motorola Gametime is another feature addition here, which lets you block incoming calls and notifications while gaming, and lets you add shortcuts for messaging apps as well.

The My UX skin that Motorola has added on top of Android does not take anything away from the stock UI, but gives you the option to customise icon styles, the system font, icon colours, and layouts. The Motorola One Fusion+ has a few Google apps preinstalled, as well as Facebook. During my time using this device for this review, I did not receive a single spammy notification. Other manufacturers, take note.

Using the Motorola One Fusion+ felt a lot like using a Google Pixel device, and I prefer the clean approach to Android over a custom skin. The rear-mounted fingerprint scanner is quick to unlock the smartphone. Since Google removed face recognition from Android 10, the Motorola One Fusion+ does not have this feature. We didn't miss it too much, as the pop-up camera is a little slow to rise.

The Snapdragon 730G SoC gives this phone a fighting chance against the Poco X2 (Review), Realme 6 Pro (Review), and Redmi Note 9 Pro Max (Review). I did not notice any lag or stutter while using it, and could multitask very easily. There's enough grunt to handle day-to-day duties as well as gaming. The Motorola One Fusion+ can handle gaming as well. PUBG Mobile defaulted to the High preset with graphics set to HD and the frame rate set to High. I played the game at these settings without any issues for 20 minutes, after which the smartphone was barely warm to the touch. This resulted in a 5 percent battery drop which is acceptable.

The Motorola One Fusion+ easily lasted me over a day and a half before needing to be plugged in for charging. It managed to go on for 15 hours, 45 minutes in our HD video loop test. Charging via the 18W TurboCharger is relatively quick, but we have seen even faster charging from the competition. The phone got up to 32 percent in 30 minutes, and 60 percent in an hour. Charging it to 100 percent took a little over two hours.

Motorola has opted for a quad-camera setup on the One Fusion+. The 64-megapixel primary has an f/1.8 aperture, and there's also an 8-megapixel ultra-wide-angle camera with an f/2.2 aperture, a 5-megapixel macro camera with an f/2.4 aperture, and a 2-megapixel depth sensor. At the front, it has a 16-megapixel selfie shooter that pops up every time you switch over to selfie mode. I found the camera app to be very simple and easy to use. The AI suggests Night mode if you are shooting in low light, and the macro camera when you are very close to an object. 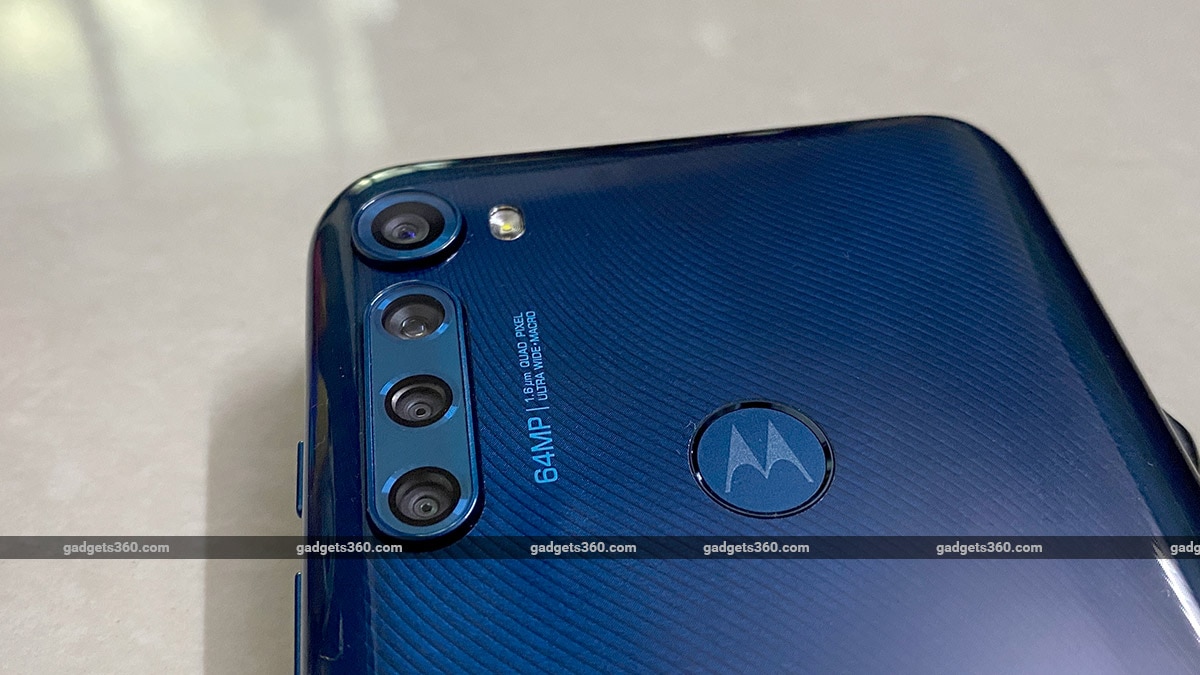 I found the Motorola One Fusion+ to be quick to meter scenes and set the exposure. It was also quick to lock focus and I did not find myself fiddling with the phone to get it to focus at any point. In daylight, it managed good shots with ample detail. Even objects at a distance had decent detail and text was legible. The phone also enables HDR automatically in bright scenes. 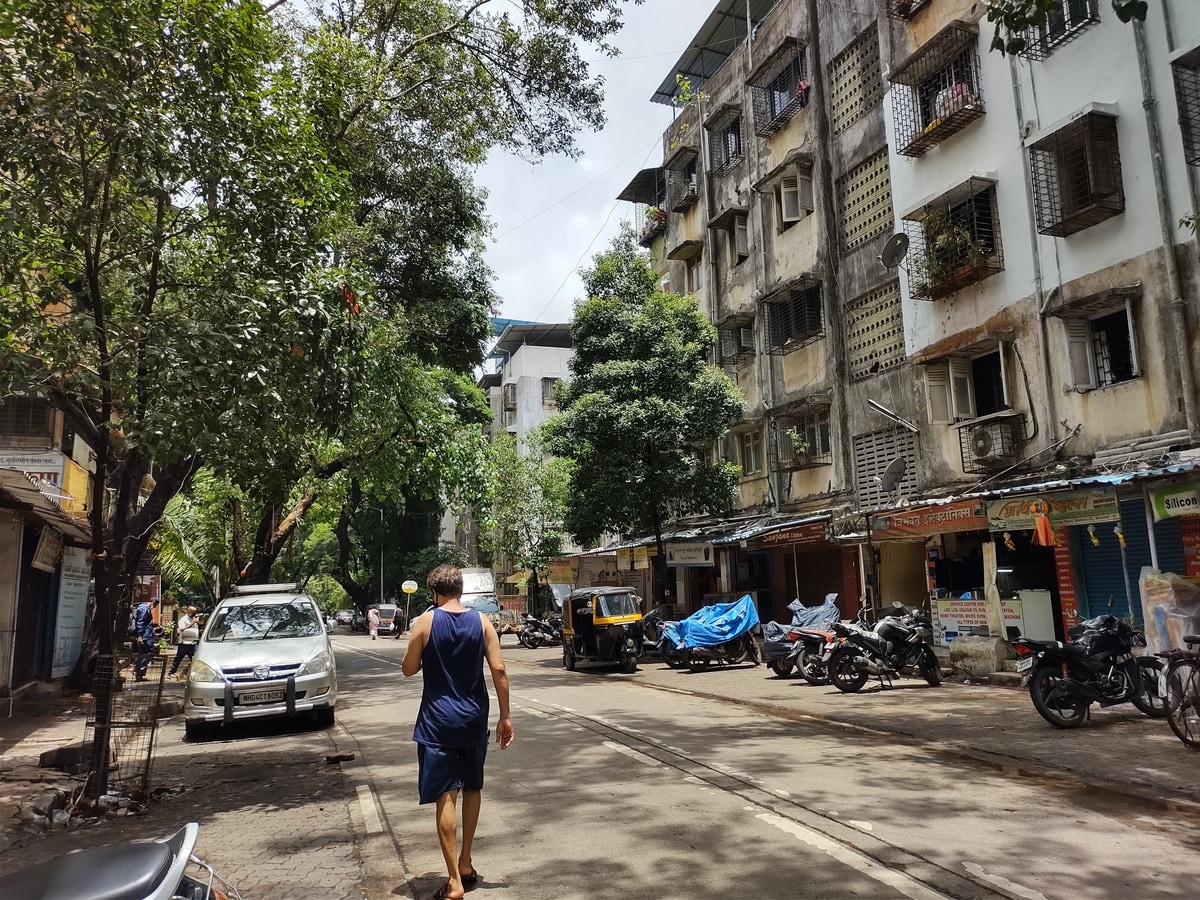 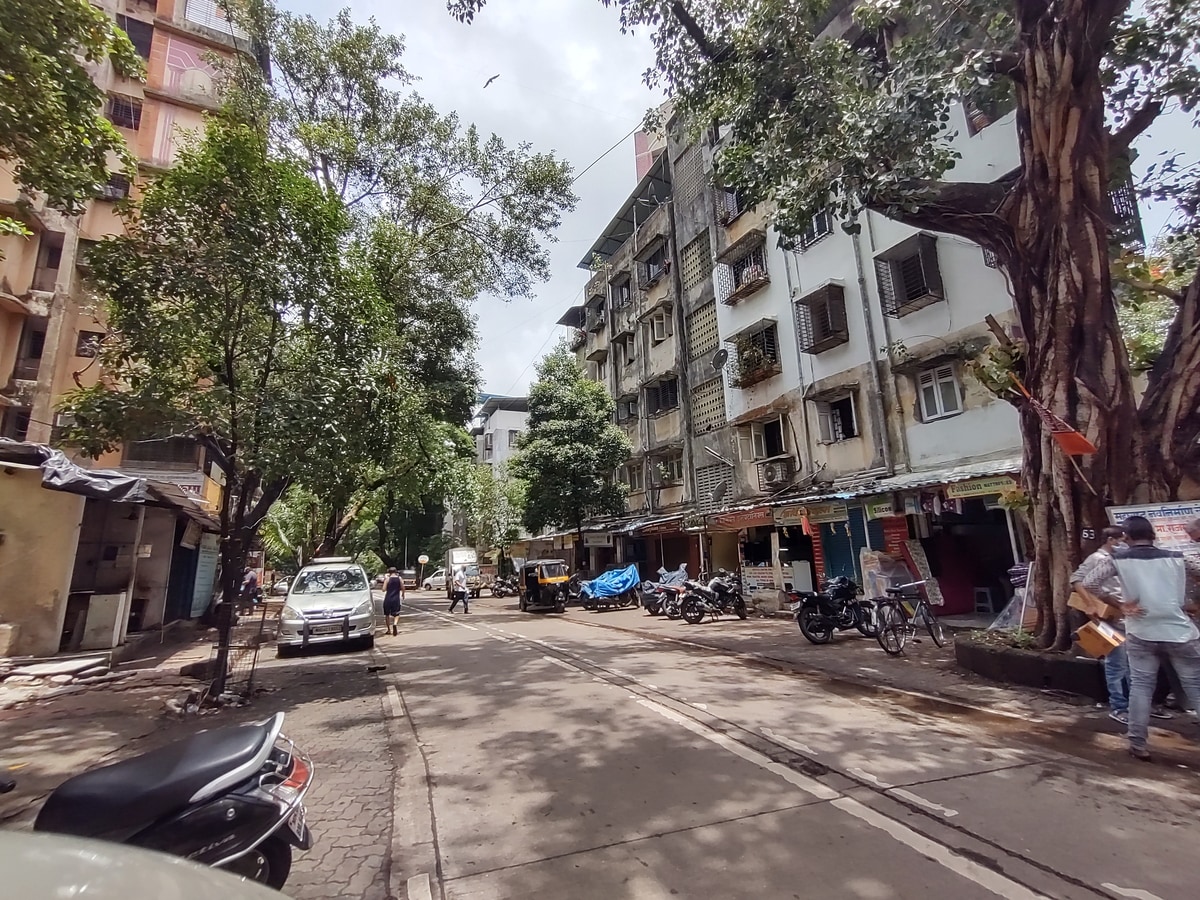 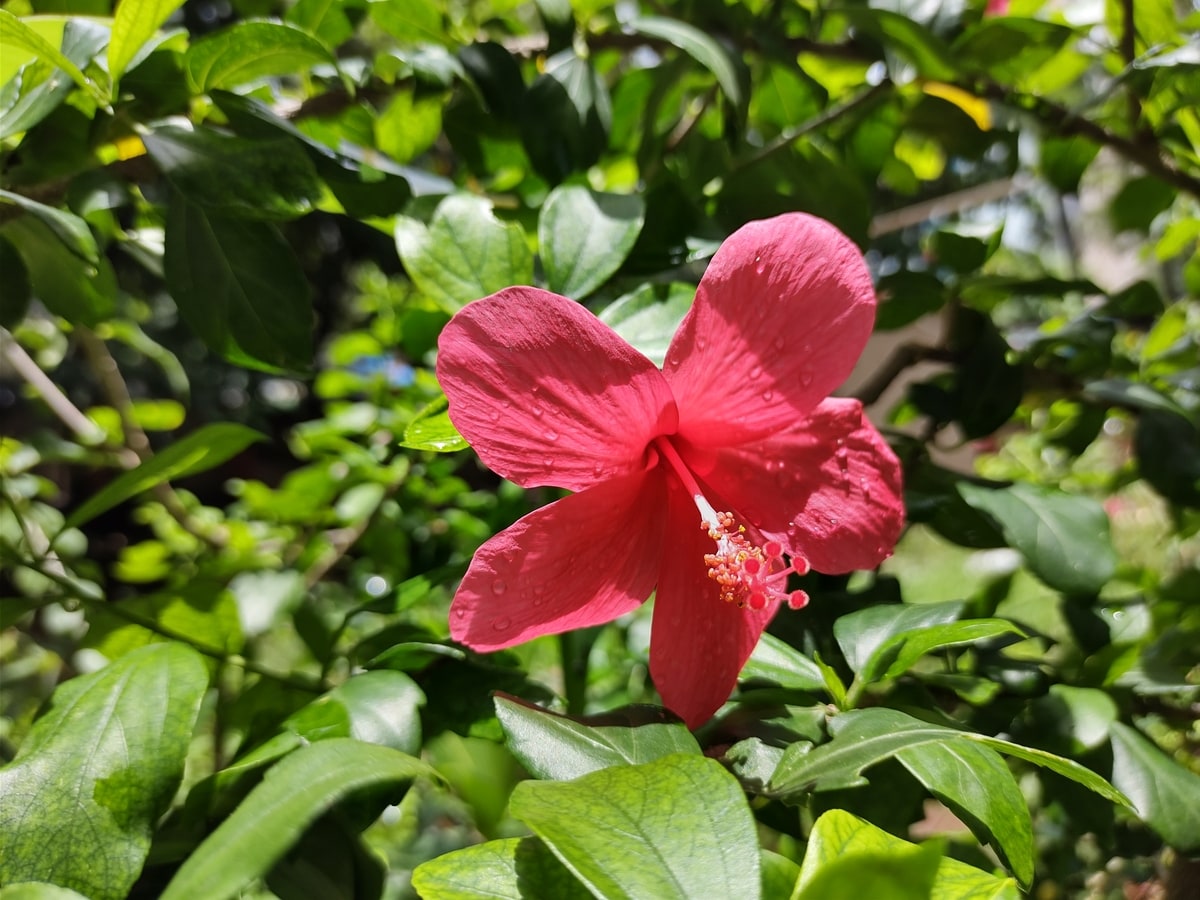 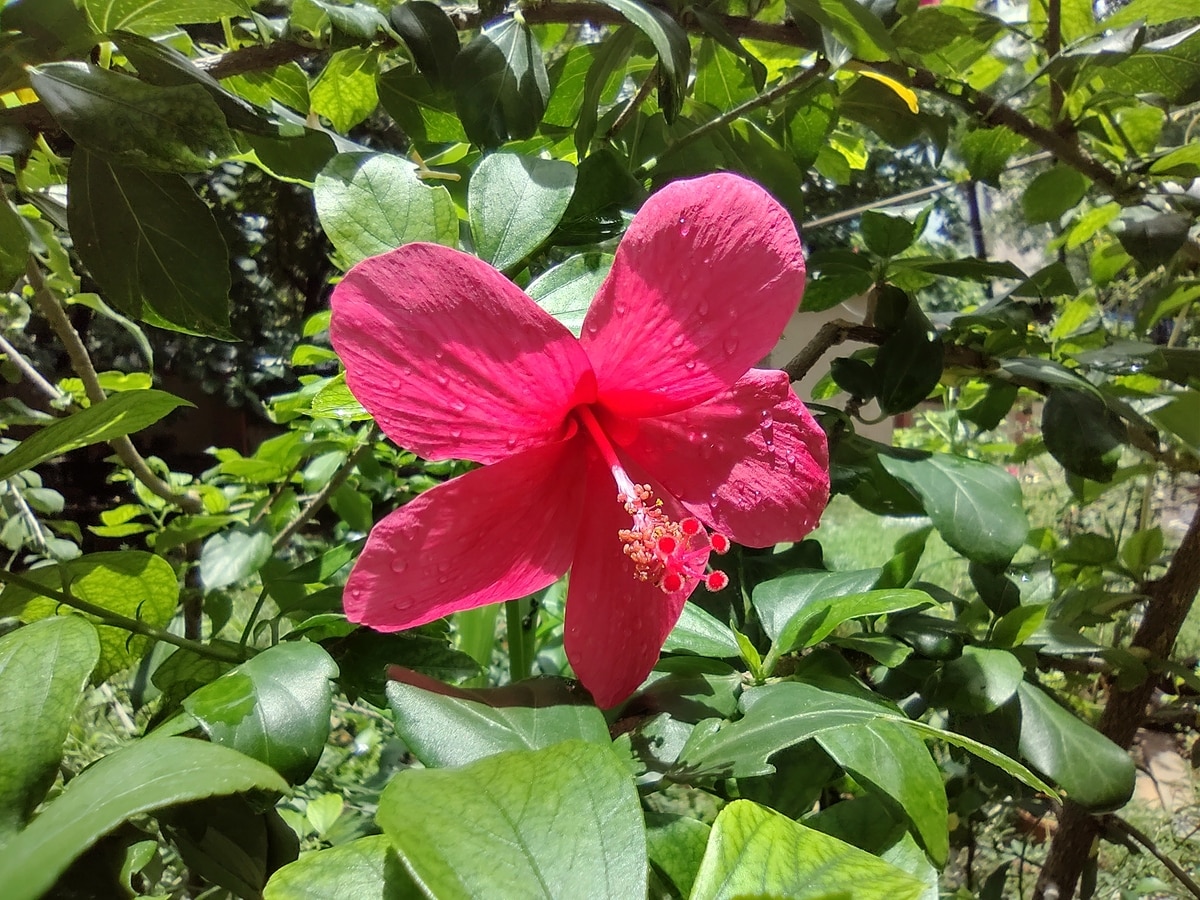 Close-ups turned out quite well. The primary camera adds a natural depth effect to the background which looks nice. The macro camera lets you get much closer to an object but does not offer detail as good as the primary camera. 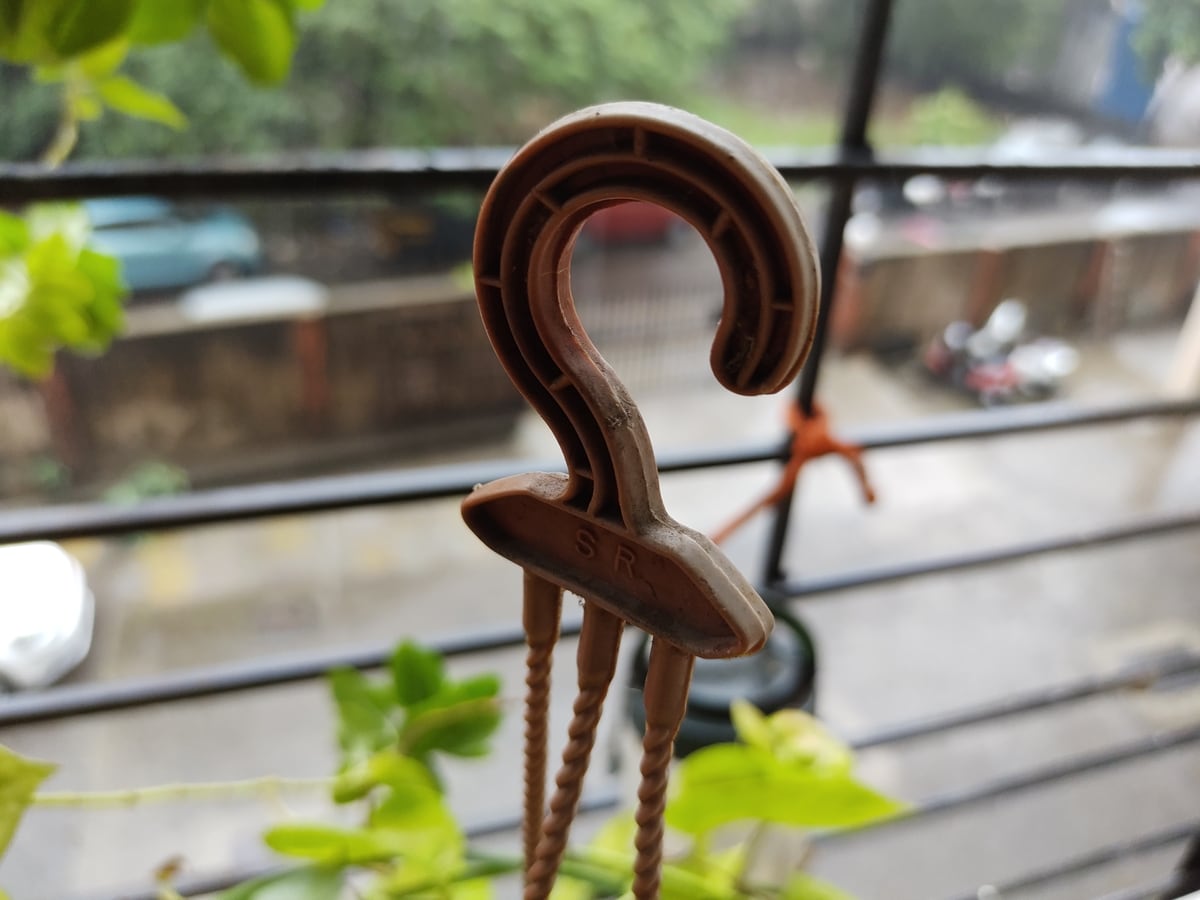 Portrait mode lets you set the level of blur before you take a shot. Edge detection is good, and the background is blurred properly. 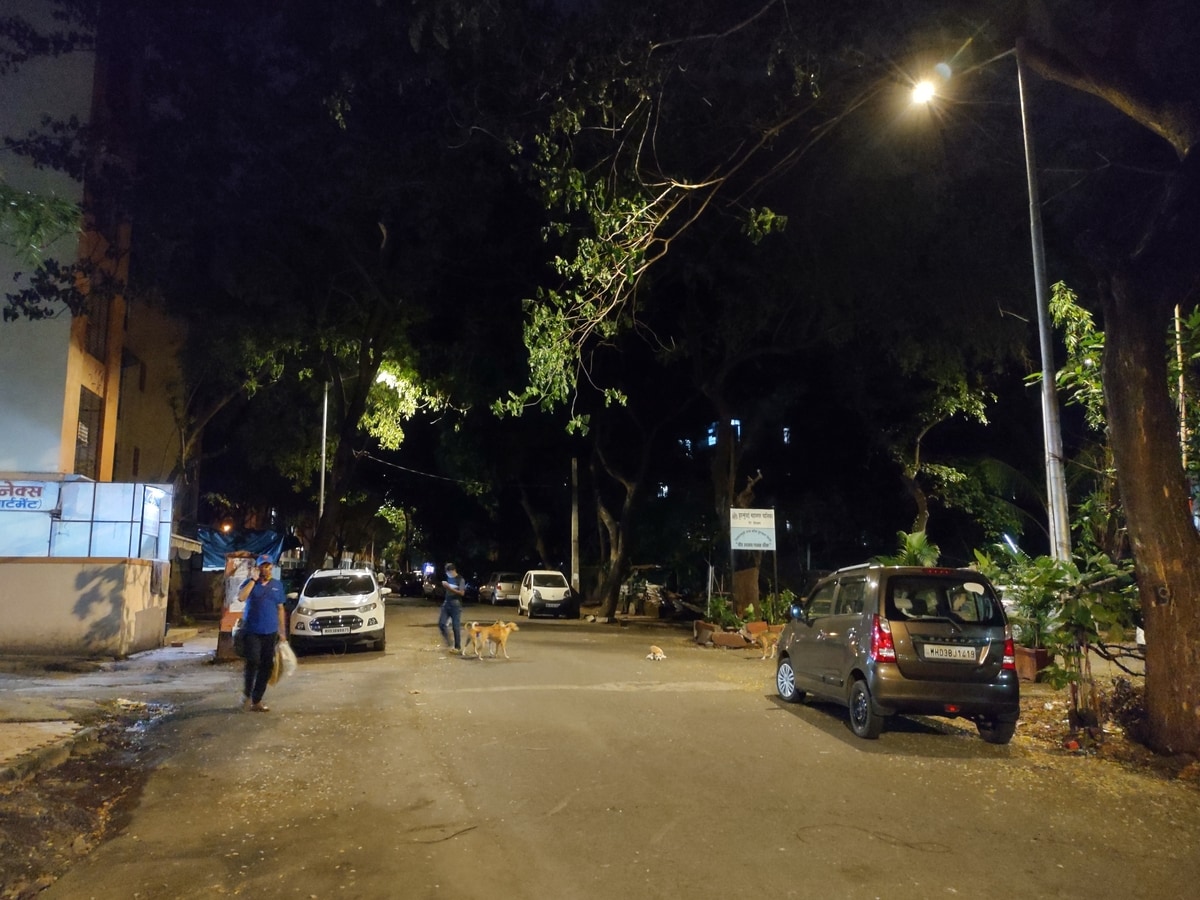 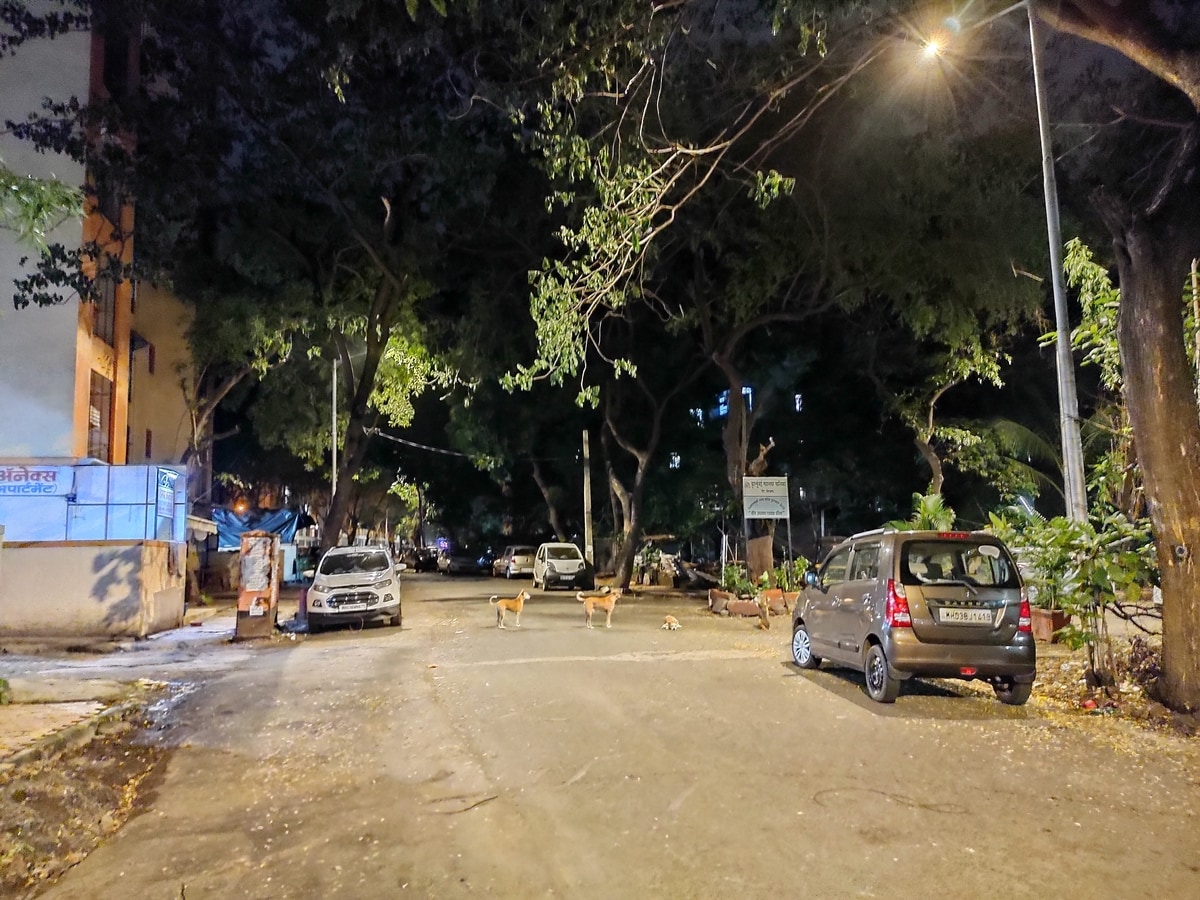 Low-light camera performance is average, and the Motorola One Fusion+ misses out on details in the shadows. The output appears slightly grainy on zooming in. Switching on Night mode eliminates most of these issues instantly. I had to hold the phone steady for slightly longer, but the output with Night mode was a lot brighter and had improved details in the shadows as well. 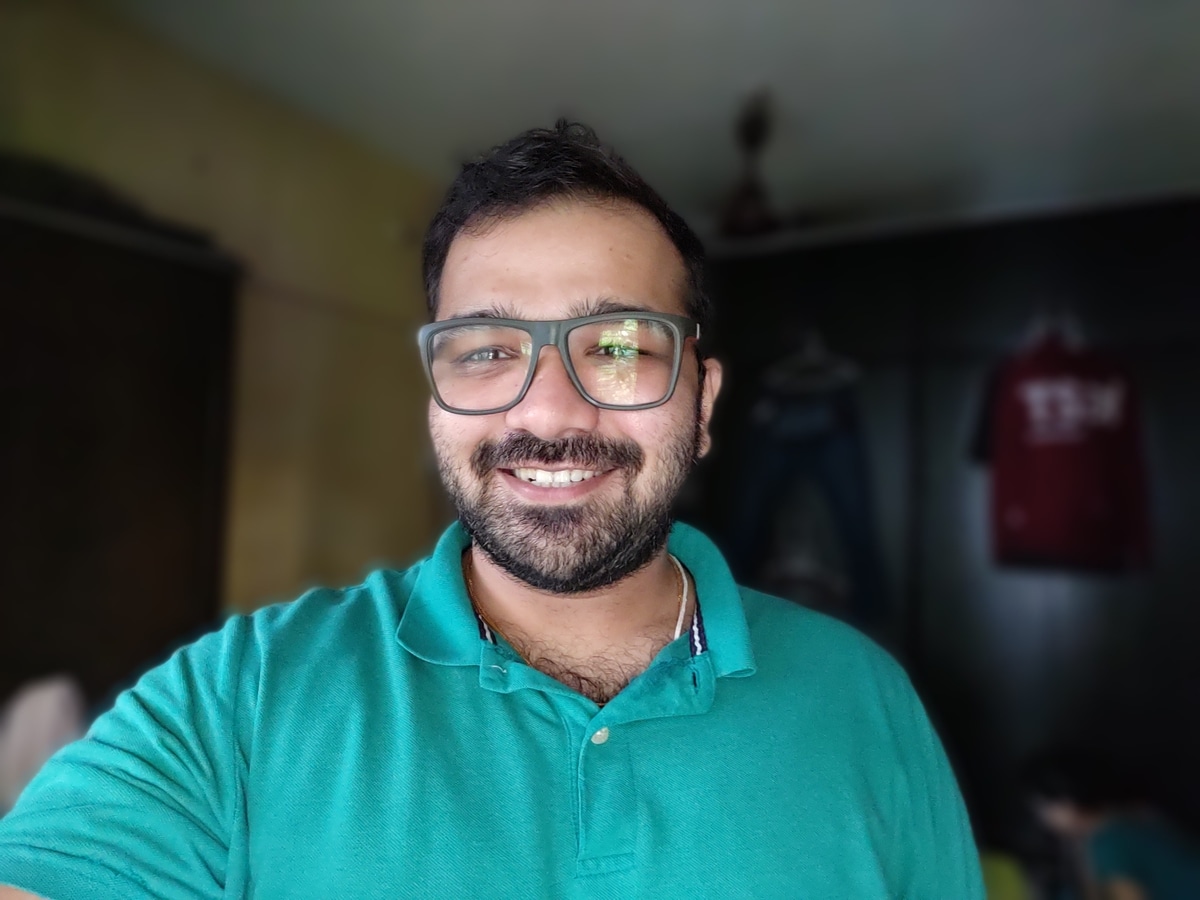 Selfies taken with the Motorola One Fusion+ had good details. You can also enable portrait mode for selfies, and edge detection was decent. In low light, the quality dips but the selfie camera also supports Night mode, which helps to some extent.

Video recording maxes out at 4K for the primary camera while the selfie shooter is limited to 1080p. In daylight, the Motorola One Fusion+ manages to stabilise footage very well at 1080p while doing a decent job at 4K. However, stabilisation does not work as well in low-light, resulting in a shimmer effect in the output.

It has been a while since I have enjoyed testing a budget smartphone as much as I did with the Motorola One Fusion+. The highlight is its clean, bloatware-free near-stock Android software which provides an excellent user experience. Moto Actions are thoughtful and add usable functionally. The display lacks a faster refresh rate but is bright and has good viewing angles. The loud bottom-firing speaker enhances the video watching experience.

I hope Motorola keeps this phone's software up to date to give it an edge over the competition. That said, Motorola has got the specifications and the pricing right for the One Fusion+, making it very easy for me to recommend.

Further reading: Motorola, Motorola One Fusion
Aditya Shenoy Email Aditya Aditya Shenoy reviews smartphones, wearables, headphones and speakers for Gadgets 360, out of Mumbai. Aditya is a reviewer for Gadgets 360 and has written extensively about smartphones, software updates, and upcoming devices. Aditya is available on Twitter at @adishenoy, and you can mail him at adityashenoy@ndtv.com, so please send in your leads and tips. More
Solar Eclipse 2020 Today: Surya Grahan Time, How to Watch Live Stream, Precautions
TikTok Users, K-Pop Fans Say They Helped Sabotage Trump's Comeback Rally