Share on Facebook Tweet Snapchat Share Reddit Email Comment
Although Motorola is more focused on the new Moto E (Gen 2) right now, we couldn't help but feel a little more excited about the second phone on display at a recent Motorola event. The Motorola Moto Turbo will be the company's flagship smartphone once it launches, and one look at the spec sheet has us convinced. In fact, it will even give some of the more popular smartphone manufacturers a reason to worry, thanks to its stunning feature list.

We reported earlier this week that Flipkart had already opened pre-orders for the Motorola Moto Turbo at Rs. 41,999, with a tentative launch scheduled for the third week of March. At its press event on Wednesday, Motorola gave us a teaser of the Moto Turbo, and we managed to score some hands-on time with it. 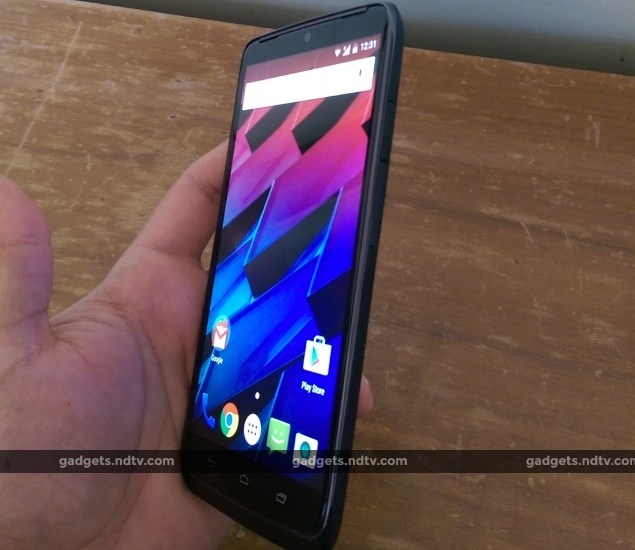 There's a clear effort in the design to set the Turbo apart from the aesthetically similar Moto X, Moto G and Moto E. Lines and angles are sharper, with much less curvature to the shape of the device. It looks and feels more like the unsuccessful Razr series of 2013.

There's a fair amount of bezel space around the display, and some of the bottom frontage has been used on the three Android keys. This is unusual in our opinion, because most phones are now leaning towards using soft keys on screen to save space and look better. 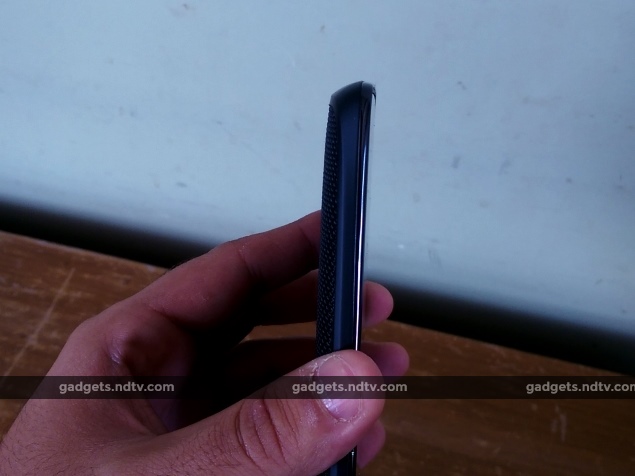 The Motorola Moto Turbo is slim at the edges, but thanks to the curved back, it doesn't quite maintain that slimness throughout. At its thickest point, it measures about 10mm, but the shape and feel of the device make this less significant it sounds. It's comfortable to hold and doesn't feel too big at all.

The back panel of the unit we used had a texture that Motorola calls 'ballistic nylon'. It is supposed to offer above-average durability, but we can't comment on that just yet. It does feel grippy and good to hold, and the second Kevlar-based texture is supposed to be even better. The metal bodies of the HTC One series still feel like they're the best-built phones around, but the Moto Turbo is a close second. 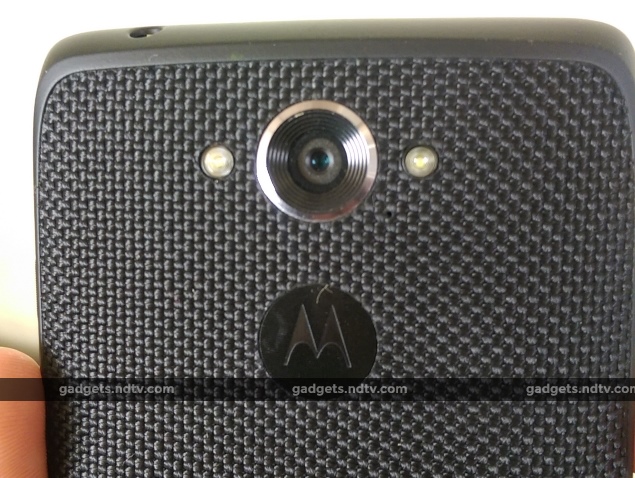 The display of the device is an excellent 5.2-inch 2560x1440 pixel Amoled affair, which has a very high 565ppi density. Images were sharp and bright, and there was absolutely nothing we could find wrong with the display. Even the slight warmth that was noticeable in the Moto X (Gen 2) was absent. The screen produces a clean, crisp and colour-neutral image every time.

As expected, the Moto Turbo runs on Android Lollipop 5.0.2. Motorola has so far been quick with rolling out updates, and we expect that the Turbo's update schedule will be no different. 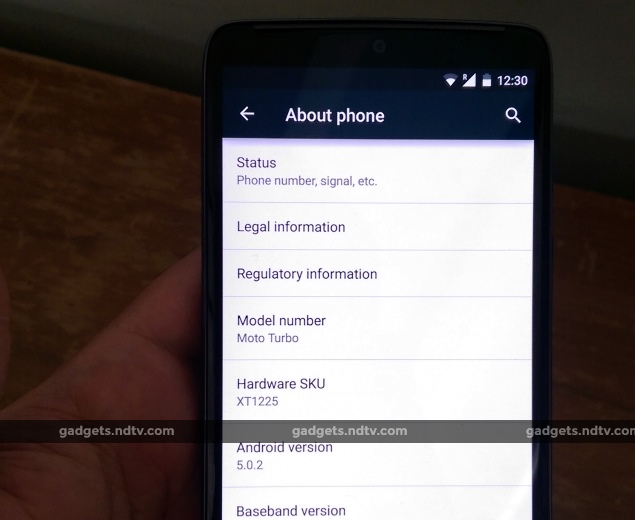 The primary camera of the Motorola Moto Turbo has a Sony-built 21-megapixel sensor, and we were impressed with image quality at first glance. Focusing is quick, while colours seem fresh and realistic. This sensor has enjoyed some success on Sony's Xperia series of smartphones, and we have high expectations from it.

We have mixed opinions about the use of the Snapdragon 805 SoC. Although an immensely capable processor, other current-generation flagships are based on the Snapdragon 810. When compared with the upcoming HTC One M9 and Samsung Galaxy S6, thismight turn out to be a weakness. Internal storage according to Flipkart's Moto Turbo page will be 64GB for the devices sold in India, while RAM is a suitably high 3GB. 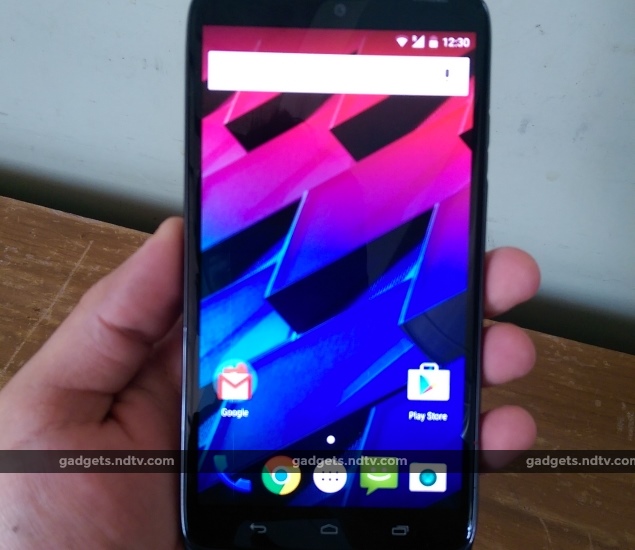 One of the biggest coups that Motorola has managed to pull off with the Moto Turbo is its giant 3,900mAh battery. This is a fair bit larger than the 3,220mAh unit on the Turbo's cousin, the Motorola Google Nexus 6, and completely dwarfs the 2,840mAh unit on the HTC One M9. Granted, a QHD display needs a lot more power to keep it going, but we expect this battery to easily power the smartphone through a day and a half of typical usage, if not more. 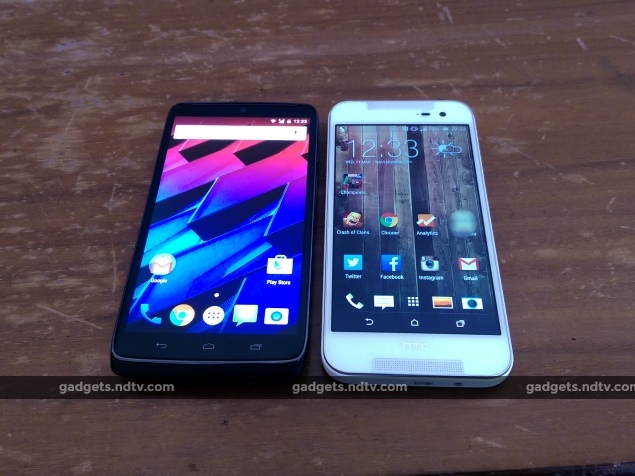 At Rs. 41,999, this phone will be much less expensive than a lot of upcoming flagship devices. It's also cheaper than the Motorola Google Nexus 6, with pretty much the same specifications except for the smaller screen. We expect that the more convenient 5.2-inch screen size will even tempt away some potential Nexus 6 customers, especially since both devices have similar stock-Android UIs and are on the ball with updates. We're optimistic about the potential of the Motorola Moto Turbo, and look forward to bringing a full review to you soon.

Affiliate links may be automatically generated - see our ethics statement for details.
product The new flagship of the Motorola smartphone range is a promising device at an excellent price.