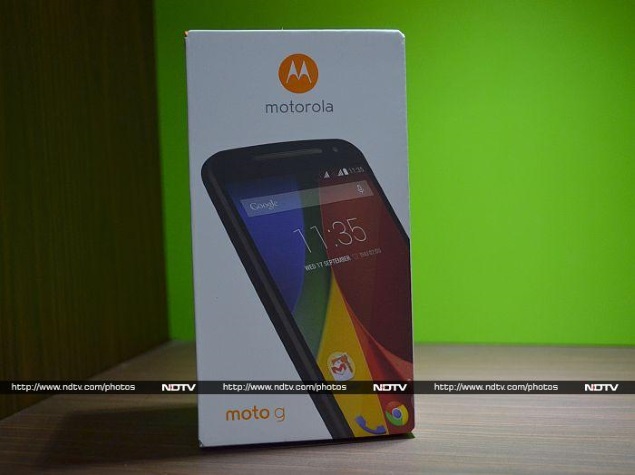 When Motorola came back to India with the Moto G, it totally rewrote the rules of the budget segment. Expectations have been high since then, and the Moto X and Moto E which came next had the same effect on their respective market segments. Now, Motorola has launched the new Moto G or the Moto G (Gen 2) as the company calls it, at Rs. 12,999 (16GB). The new device was unveiled amidst much fanfare at an event in New Delhi on Friday, alongside the unveiling of the new Moto X and the Moto 360 smartwatch.

Flipkart, the exclusive online partner of Motorola in India, confirmed that it has sold around 1.6 million Moto handsets in India since February, confirming the popularity of Motorola smartphones - Moto E, Moto G, and Moto X - in India. Market research even suggests that the Moto G has been responsible for Motorola overtaking Nokia (now operated by Microsoft) to become the fourth-largest smartphone vendor in India in such a short time.

The new Moto G (Gen 2) has been priced smartly to take on fresh competition in the segment. The sub-Rs. 15,000 segment include smartphones such as the Xiaomi Mi 3 (Review | Pictures), which has been breaking records with its Flipkart flash sales, and the Asus ZenFone 5 (Review | Pictures), another popular option.

We got a chance to play with the Moto G (Gen 2) at the event, and sum up our first impressions below.

Build, design and display
The Moto G (Gen 2) looks a lot like the Moto X (Gen 2), which is not a bad thing at all considering the price difference of both the handsets. Maybe Moto X (Gen 2) owners might be annoyed that it doesn't feel premium enough. 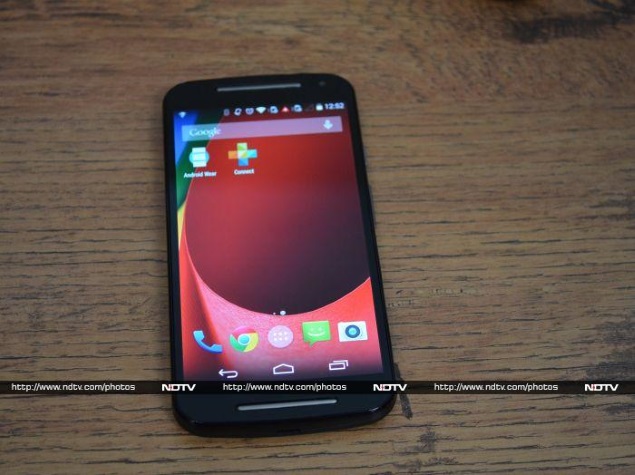 The new curved edges give the device a better overall feel that makes it easier to hold. The Moto G (Gen 2) is slightly taller and wider than the Moto G, which can be attributed to the bigger display on the new device. The physical power and volume buttons are on the right, just like on the Moto G. Overall, the phone definitely feels like an upgrade to the original, which the company touted with the line "Exceptional phone, exceptional price".

One of the biggest upgrades to the Moto G (Gen 2) is the 5-inch HD (720x1280-pixel) IPS LCD display. This means there's a reduction in pixel density as compared to the 4.5-inch Moto G, though this is hardly visible to the naked eye. The front of the handset now sports dual speakers at top and bottom that offer acceptable sound clarity. The front camera is placed right in the centre of the panel. The rear of the Moto G (Gen 2) is one place where it looks just like the older version.

Specifications and performance
The new Moto G (Gen 2) is powered by the same Qualcomm Snapdragon 400 chipset with a 1.2GHz quad-core CPU as the original Moto G. It comes with 1GB of RAM.

As of now, Motorola has launched only a 16GB version of the Moto G (Gen 2), with no word on the availability of an 8GB model. One of the biggest upgrades is the addition of a microSD card slot, with support for cards of up to 32GB. This takes care of the biggest fault we had found with the Moto G. The phone also supports dual Micro-SIMs. 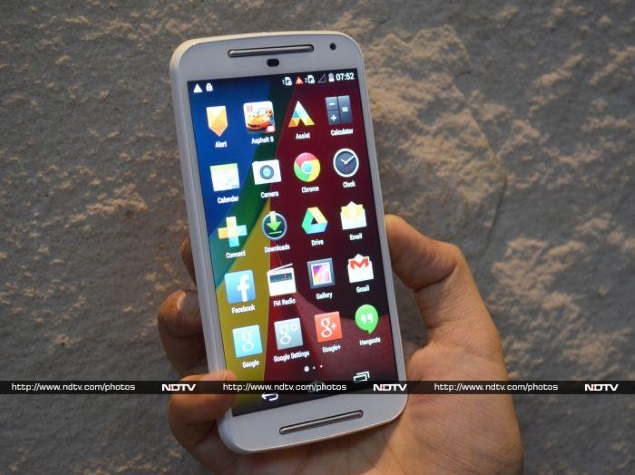 Motorola's Moto G (Gen 2) handled multitasking easily in our limited time with it, and we noticed that the preloaded apps opened and closed quickly.

Camera and software
The second-generation Moto G features an 8-megapixel autofocus rear camera with LED flash and a 2-megapixel front-facing camera. The cameras are both upgrades over the older model's 5-megapixel and 1.3-megapixel ones. When we tried it out, the camera app opened right away and we were able to take pictures without any shutter lag. 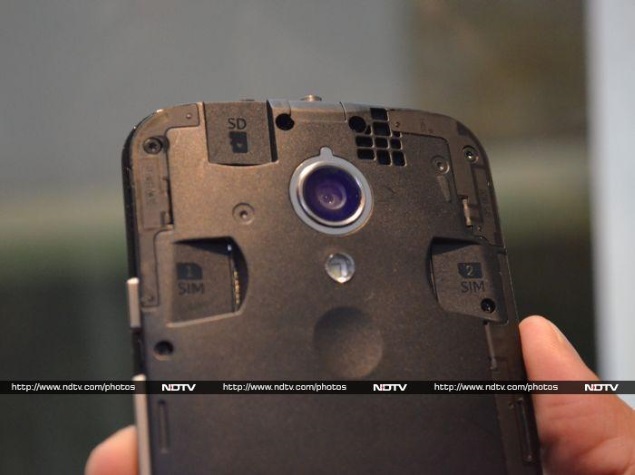 Overall the look and feel of new Moto G's interface is very much as it has been on Motorola's recent devices.

There are also three of Motorola's own apps on the new Moto G - Motorola Migrate helps move the contents of an old Android phone to the new handset; Motorola Assist helps users silence the device while driving or otherwise occupied; and Motorola Alert lets people close to you know when you are in an emergency situation.

Final words
The Moto G, priced at Rs. 12,999 (16GB), will be going on sale at midnight on Friday via Flipkart. Motorola has worked on all shortcomings we noticed in the first-generation Moto G, most importantly the limited storage space and below-par camera performance, and so we can expect the new Moto G to be just as successful if not more.

You can expect more detailed observations and testing when we review the Moto G (Gen 2).