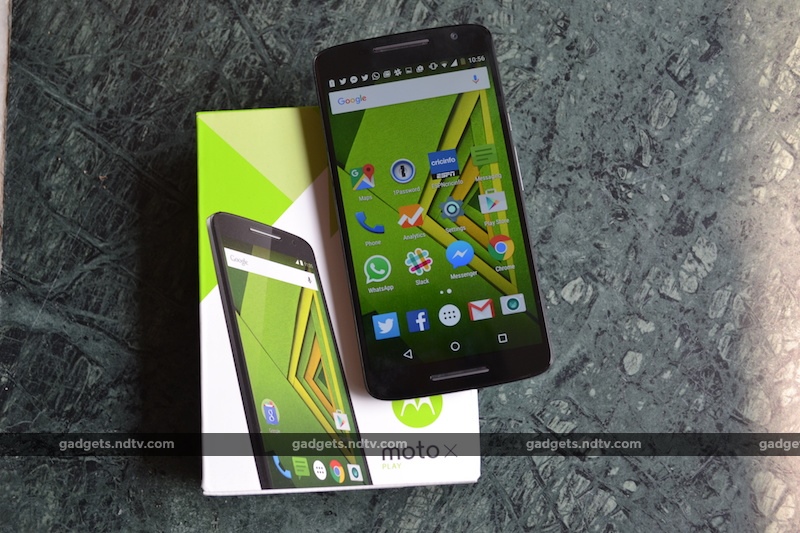 The Moto X name has been associated with Motorola's flagship smartphones ever since the original X was launched over two years ago. The Moto X was a good phone that was let down by its poor camera and battery life, though its successor fixed the battery problem to a large extent.

2015 represents a dilution of the Moto X brand, first with the launch of the 'super flagship' Moto Turbo, and more recently, the unveiling of not one, but two new Moto X smartphones - the Moto X Play and the Moto X Style. The latter is closer to Moto X's flagship ethos, while the Play is a mid-range offering by today's standards. So how does Moto X Play perform in the real world? Let's find out.

Design and display
The Moto X Play is another solid, good looking phone from the Motorola's stables. The phone is pretty traditional in its design and layout, apart from the SIM-plus-microSD tray that sits on the top edge. The tray pops out to reveal two Nano SIM slots on one side and space for a microSD card on the other. We quite liked this idea, but if you are someone who likes to pop microSD cards in and out frequently, you may be perturbed by the fact you will lose cellular coverage every time you do that.

The back side of this tray features the microSD slot

The back cover can be removed to get a glimpse of the massive battery. However, the Moto X Play is missing water resistance, which is a disappointment, especially considering that's one of the features we really liked in the more affordable Moto G 3rd generation (Review). The Play, however, does come with a "water-repellent coating".

The Moto X Play comes with a 5.5-inch full-HD display that looks good and is bright enough to get its job done even outdoors. The viewing angles are decent and overall we have no complaints about the screen on the Moto X Play.

Performance and battery life
You don't expect a smartphone at this price to struggle with everyday tasks, and, mercifully, the Moto X Play didn't prove to be aberration. The smartphone comes with the quad octa-core Qualcomm Snapdragon 615 SoC along with 2GB of RAM, and we didn't experience any lags with our unit. Games like Asphalt 8 ran smoothly without any problems.

We received a 32GB unit of the Moto X Play, which had 25.45GB of user-accessible storage. There's a lower priced 16GB variant as well, but given the minimal price difference between the two, you'd be better off opting for the one with more built-in storage. If you can't, worry not as the Moto X Play supports both microSD (up to 128GB) and USB OTG storage expansion options.

We didn't experience any heating issues during a 20 minute session playing Asphalt 8 or while shooting multiple 2 to 3 minute videos in quick succession. However, the Moto X Play does tend to get a little warm during everyday use - not enough to be unconformable, but it's something you are likely to notice.

The Moto X Play comes with a massive 3630mAh battery, one of the standout specifications of the smartphone in addition to its 21-megapixel rear camera. In real-world usage, our Moto X Play managed to last a day of use, but we were down to the last dregs of the battery's capacity come end-of-day, like most other smartphones. This was a bit of surprise given the size of the battery and the real world experience of other users.

Indeed, the Moto X Play performed admirably in our video loop battery test, clocking nearly 12 hours of playback time. We would put our experience with the battery life down to the fact we spend most of our time at places with poor network connectivity, which means the cell radio is working harder than it should. Indeed 'Mobile Standby' was always one of the highest consumers of battery life in Android's battery usage reports on the Moto X Play. Call quality in poor network areas also seemed worse than what we experience with other phones, though given the pathetic state of telecom networks in our country, it's always difficult to ascertain whether one should blame the network or the phone.

Software and camera
We recently reviewed the Moto G 3rd generation and the software on the Moto X Play is virtually identical to what's on its more affordable sibling. If you are looking for a quick overview of its software features, we suggest you head over to our Moto G (Gen. 3) review and give the software section a read. Go on, we'll wait for you until you're done.

Back? Good. Now let's talk about the one feature that's present in both the Moto X Play and the Moto G 3rd gen, but we neglected to mention in our review of the latter. We are talking about Moto Assist, Motorola's take on virtual assistants that can perform some simple tasks. The app can do simple things like changing your notification settings while you are home and announcing the names of callers and SMS senders when are driving, amongst others. The app is rather limited compared to the likes of Tasker, but it could find some takers.

The original Moto X and its successor were both very good phones that were let down by their insipid camera performance. Motorola has looked to address this by putting a monster 21-megapixel rear camera sensor inside the Moto X Play as well as the Moto X Style, the latter being the true spiritual successor to the original Moto X smartphones. But how does the new sensor perform in the real world? Rather well.

Outdoors and when there's plenty of light, the camera on the Moto X Play captures good-looking images with more detail than most phones in this price range. However, if you use autofocus with tap-to-click (the default mode on the camera app), images tend to be just a little bit underexposed, which also skews accuracy of the colours reproduced a little bit. 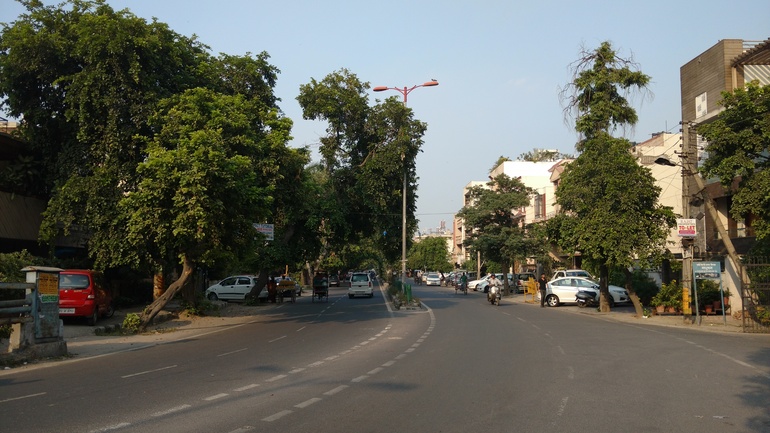 The autofocus woes are worse in low light, with the camera taking longer - and at times even failing - to find focus properly. If you switch to the tap-to-focus mode, the results are much better, though images still tend to have some amount of noise. Overall, the rear camera performance is satisfactory for a non-flagship smartphone. 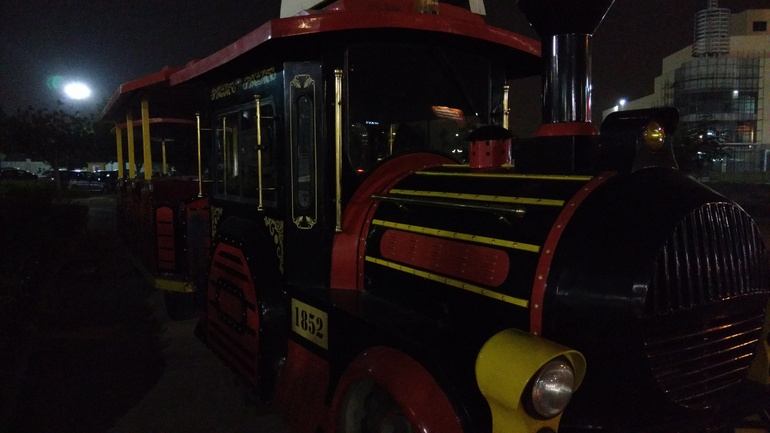 The front camera performance is satisfactory, as are the videos taken by the rear camera. The Moto X Play does a good job of refocusing as you pan in video mode, though it isn't always able to focus on distant objects. You can tap to take still photos while shooting a video. The camera app that ships with the Moto X Play is identical to the one on the Moto G 3rd generation, so we'll again refer you back to our review of Moto G (Gen. 3) should you wish to know more about the kind of options on offer.

Verdict
The Moto X Play is a solid if unspectacular performer, with no real feature that stands out - as is evident from our ratings. It has a massive battery and an improved camera, both of which perform adequately in the real world, but not significantly better than its peers to make the Play an undisputed pick in its price bracket. On the flip side, the phone doesn't significantly lack in any department either.

The Moto X Play lacks the bells and whistles that might make you want to consider it over other companies' flagships, but then it's not positioned as a flagship - the Moto X Style can worry about that. On paper, the Moto X Play is similar to the Yu Yureka Plus (Review), which is a very good phone that sells for half this price, but as we keep telling you, there's more to a phone than just specifications and the Yureka Plus is let down by question marks over its long-term reliability and complaints about Yu's poor service.

Motorola has a much better record in terms of support as well as software updates, which make any comparisons with Yu a non-starter. No surprise then that the Moto X Play has the likes of the OnePlus 2 (Review) in sight. If you are confused between the two, we would give the Moto a slight edge, not least because you can buy it without any hassle and still have some cash to spare.