With ample RAM and storage for the price, is the Moto E6s the perfect budget phone?

Motorola is aiming to grab a slice of the action in the budget segment with its new Moto E6s smartphone. This is pretty much the same phone as the Moto E6 Plus, which we recently saw at the IFA trade show in Berlin. The company has launched it in India under a slightly different name, at a pretty attractive price of Rs. 7,999. For that amount, you get 4GB of RAM, 64GB of storage, and a fingerprint sensor, which not many manufacturers offer. It also has some throwback features such as a removable battery, which we don't see much these days. Armed with a modern design and decent all-round specifications, should the Moto 6Es be your top budget pick? It's time to review and find out.

The design of the Moto E6s is pretty simple and basic. The display gets a notch on the top and pretty thick borders all around, especially the chin, which is not unusual to see on budget smartphones. The volume rocker and power button are on the right side. The buttons don't have a lot of travel but they are easy to press. We like the contrasting texture on the power button, which makes it easy to identify. The cutout for the 3.5mm headphone socket on the top is a little off-centre, but its placement is such that it shouldn't come in the way when you're using headphones while holding the phone in landscape mode.

The laminated back and sides might look like two different layers, but they're parts of one shell that comes off. In India, the Moto E6s is available in Polished Graphite and Rich Cranberry colour options — both of which are huge fingerprint magnets. We saw more colour options with the Moto E6 Plus at IFA, but these haven't made it to India, at least not yet. Of the two, the red version does a marginally better job of hiding fingerprints due to the dual-tone finish, but it still gets messy very quickly and the smudges don't wipe off easily. 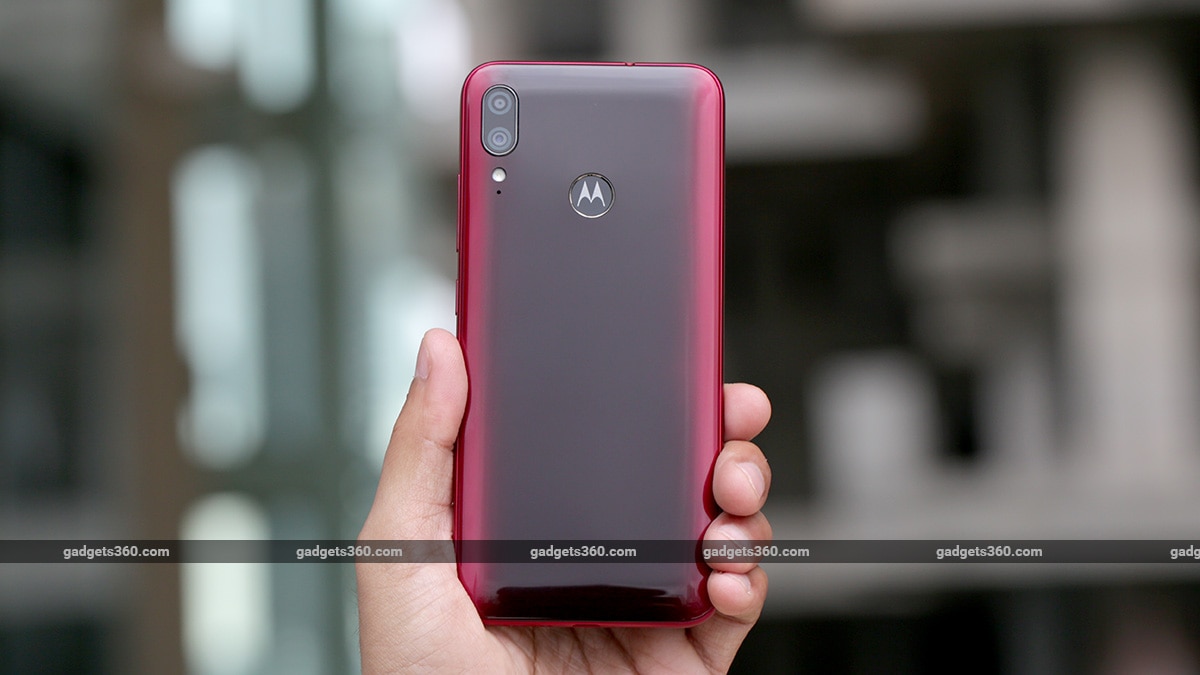 The shell snaps off easily, revealing two SIM slots and a dedicated slot for a microSD card (up to 512GB). One of the SIM slots accepts a Micro-SIM, which just like the removable battery, isn't something we've seen in a while. The fingerprint sensor in the centre works well, and also has a Moto logo printed on it. Unlocking the phone with a fingerprint isn't extremely quick but we found the success rate to be good. Face recognition works decently well under good light, but struggles a little in low light. Once again, it's not as quick as what we've seen on other budget segment phones, but it does the job.

At the bottom, we have a Micro-USB port and the single loudspeaker. The 6.1-inch IPS display has a HD+ (720x1560 pixels) resolution. The display gets bright enough for outdoor use and colours are punchy. Viewing angles are decent too. The 19.5:9 aspect ratio makes this phone relatively tall but it isn't very wide, so holding it feels comfortable. The Moto E6s is light at just 150g and is 8.6mm thick.

In the box, you get a USB cable, a 10W charger, some manuals, a case, and a Nano-to-Micro SIM adapter.

The Moto E6s has a modest processor, the Mediatek Helio P22. This is an octa-core chip, and we've previously seen it in phones such as the Realme C2 (Review) and the LG W30 (Review). In India, the Moto E6s is only available in one configuration with 4GB of RAM and 64GB of storage.

Other specifications of the Moto E6s include Bluetooth 4.2, single-band Wi-Fi 802.11b/g/n, USB-OTG, FM radio, support for three satellite navigation systems, an accelerometer, an ambient light sensor, and a proximity sensor. Sadly the phone lacks a gyroscope or even a compass, so apps such as Google Maps won't be able to show you the direction you're facing. The phone runs a near-stock version of Android 9 Pie, but unlike Motorola's other offerings such as the One Action (Review), the Moto E6s is not part of the Android One programme. There are barely any extra apps, other than an FM radio app, Moto Help, and Motorola Notifications, which lets you find the nearest Moto Hub store or service centre.

Some of the Google apps are Sheets, Slides, News, and Files, besides the usual ones. Digital Wellbeing is also present, and is always handy to have. You get a few gestures for quickly turning on the camera with a double-tap of the power button. You can also switch the default gesture-based navigation scheme for old-fashioned, on-screen buttons.

In terms of performance, the Moto E6s does a decent job running apps and doing a bit of multitasking. Navigating Android's menus is generally quick but it's not what you'd call fluid. At times, we noticed some momentary lag in the UI animations, but it didn't hamper the experience too much.

Benchmark numbers aren't great, which isn't a surprise given the SoC. In AnTuTu, we got a score of just 79,208 while GFXbench returned 25fps in the T-Rex graphics test. This phone is definitely underpowered, even for this price, considering that there are other options at the same price such as the Realme 3i (Review) which offers a MediaTek Helio P60 SoC.

The 4GB of RAM helps keep a good number of apps in memory, and app loading times are not too bad. Heavier ones, such as games, also run decently well. This phone won't deliver the best experience with the full version of PUBG Mobile, but PUBG Mobile Lite fared a bit better. There's a still a little lag when the action gets intense, and aiming down the sights of a gun isn't always very accurate. Still, we managed to win a few matches despite this. The Moto E6s does get quite hot after about 30 minutes of gameplay. We also noticed about an 11 percent drop in the battery level. 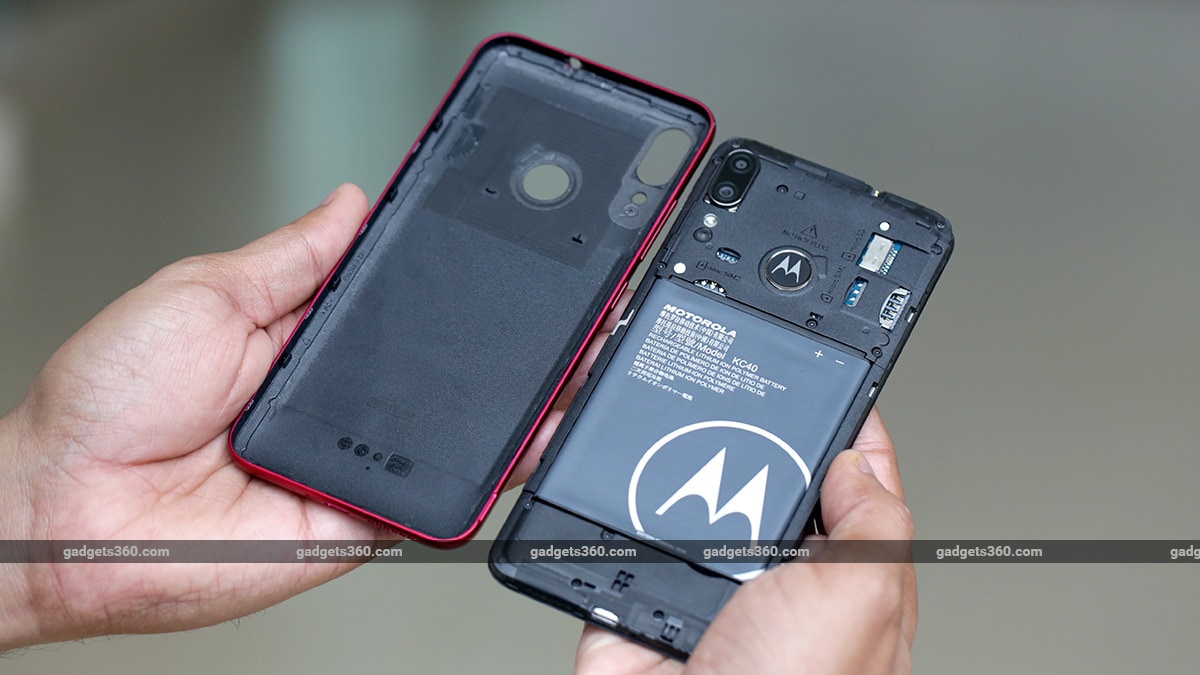 The phone does a decent job with media files. The speaker doesn't get too loud, even with the ‘BesLoudness' sound enhancement option turned on. The display has good viewing angles and colours aren't exaggerated too much. Ideally, we would have liked an option to boost the colours as animated videos could use a bit more vividness.

The 3000mAh battery isn't huge but it does last for nearly a full day. In our HD video battery loop test, we managed to get just 12 hours and 22 minutes of runtime. If you're not actively using the phone too much, then you can push one full charge past a day. Motorola calls the bundled charger a ‘rapid charger' but we found it to be anything but that. The 10W unit manages to charge the phone to just 15 percent in half an hour and around 30 percent in an hour. Charging it completely takes almost 3 hours and 45 minutes.

The rear cameras on the Moto E6s are a 13-megapixel main sensor with an f/2.0 aperture, and a 2-megapixel depth sensor. In the front, we have an 8-megapixel selfie camera. The camera app is pretty straightforward. You have all the shooting modes and shutter button on the bottom, and the mode-specific toggle options on the top of the viewfinder. There's AI scene detection too, which can be toggled on or off. You can also use Google Lens from within the camera app.

Autofocus isn't very quick, so capturing fast-moving objects is a challenge, even in good light. HDR works well when shooting against the light, but dynamic range is a little limited. Details were decent in close-ups, but objects at a distance often looked a little soft. The camera struggles a bit with exposure, and most of the highlights in our daytime shots looked overexposed. Close-ups fared a bit better under good light. 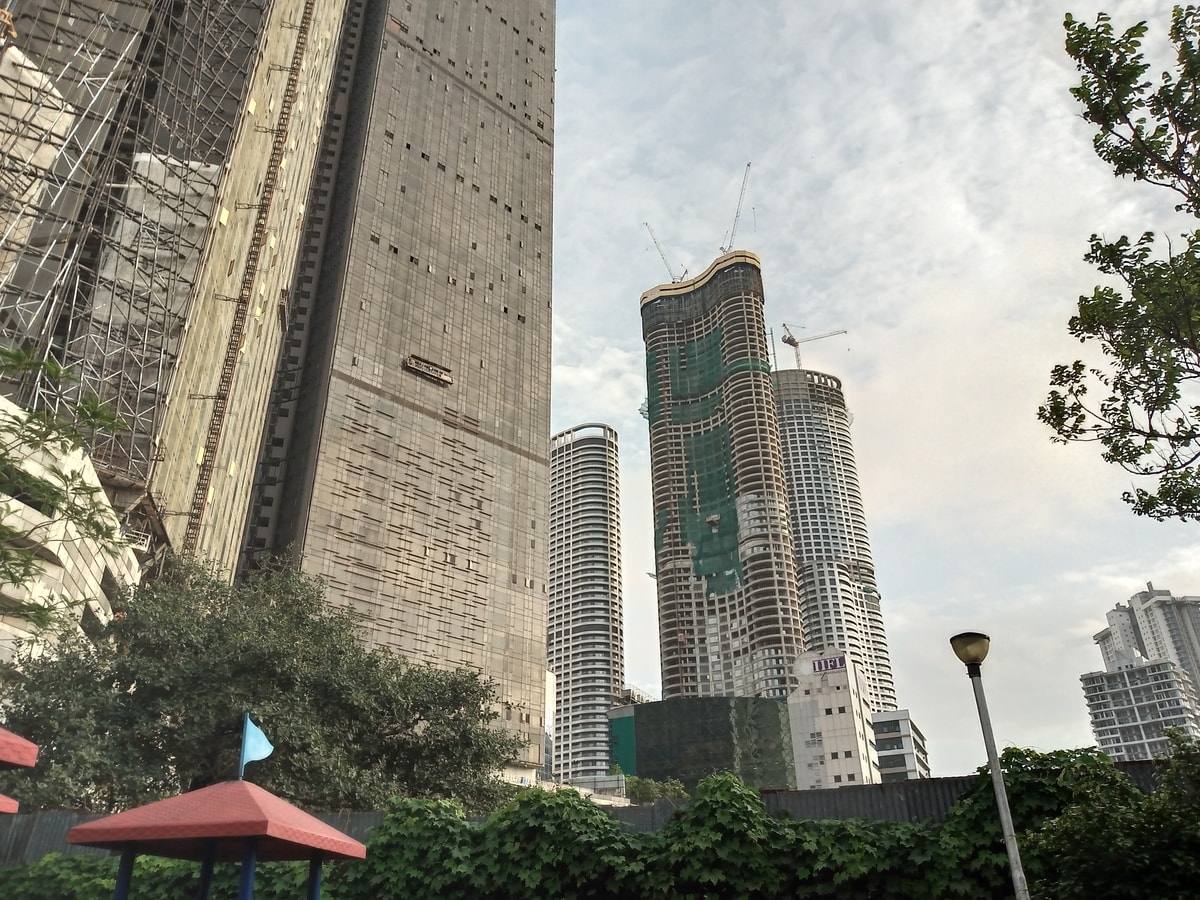 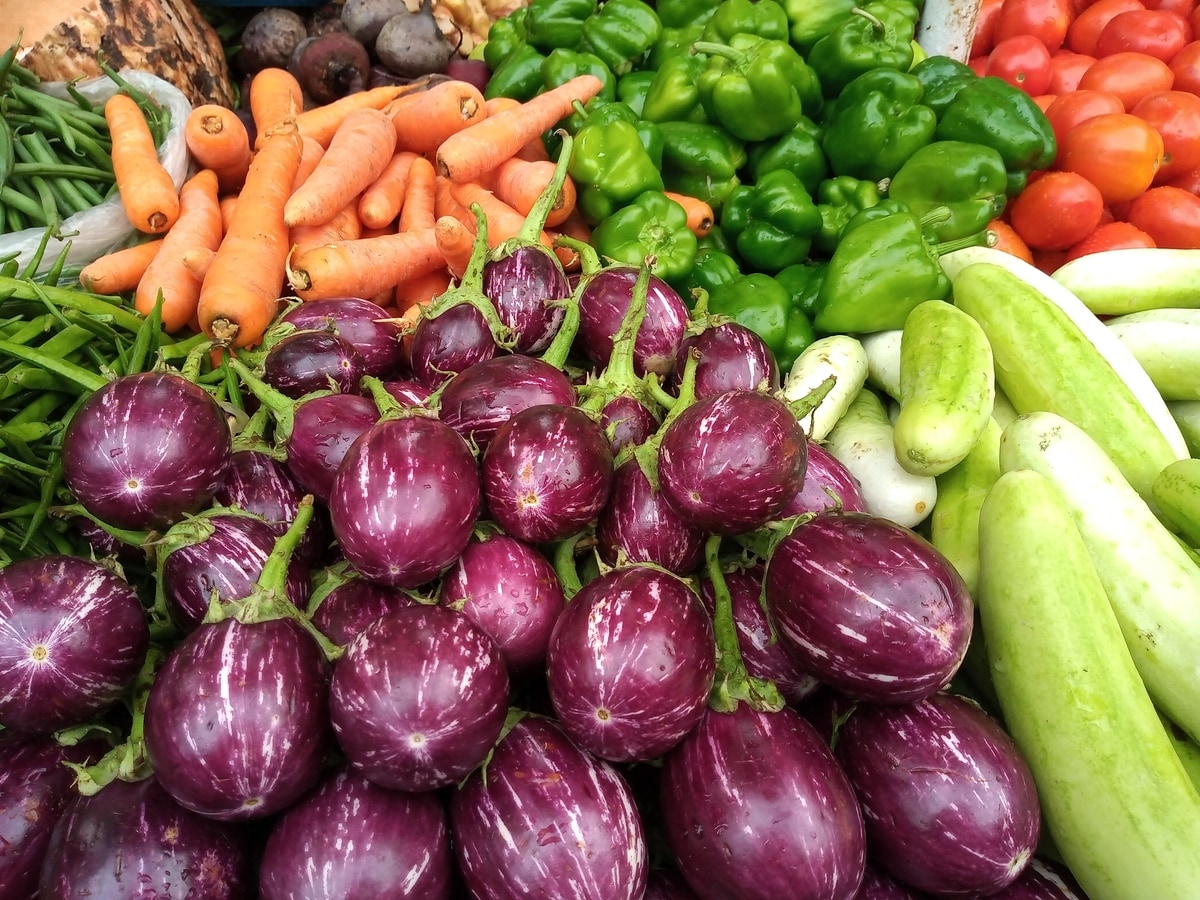 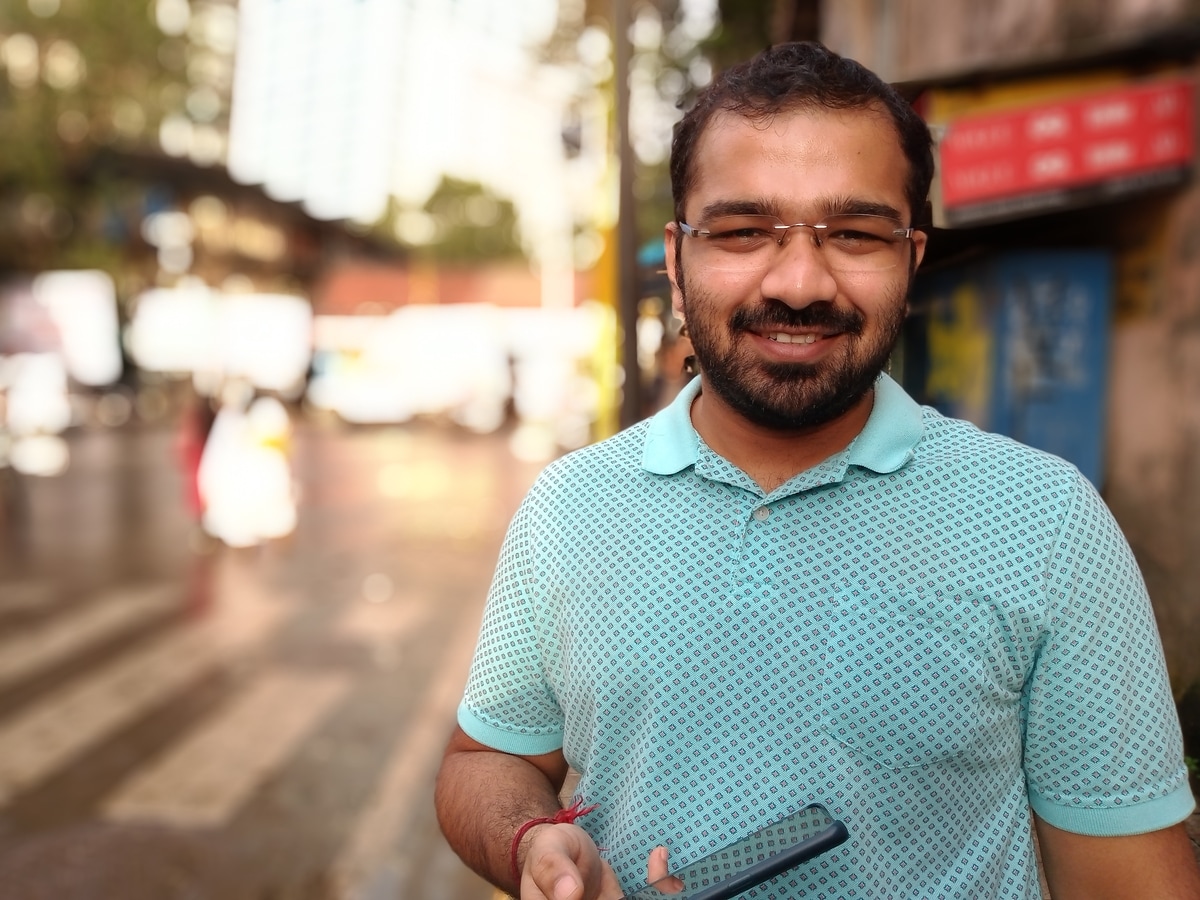 In Bokeh mode, you get a slider to adjust the level of background blur. Edge detection is a bit of a hit or miss here, even with the dedicated depth sensor for both human subjects and objects. There's a separate ‘Beauty' shooting mode for smoothing you subject's face. Other shooting modes include Video and Panorama.

In low light, the camera struggled to lock focus for a second or two at times, before settling down. The Moto E6s struggled to capture good detail at night, and landscape shots generally looked quite grainy. It did mange to retain good colours though. 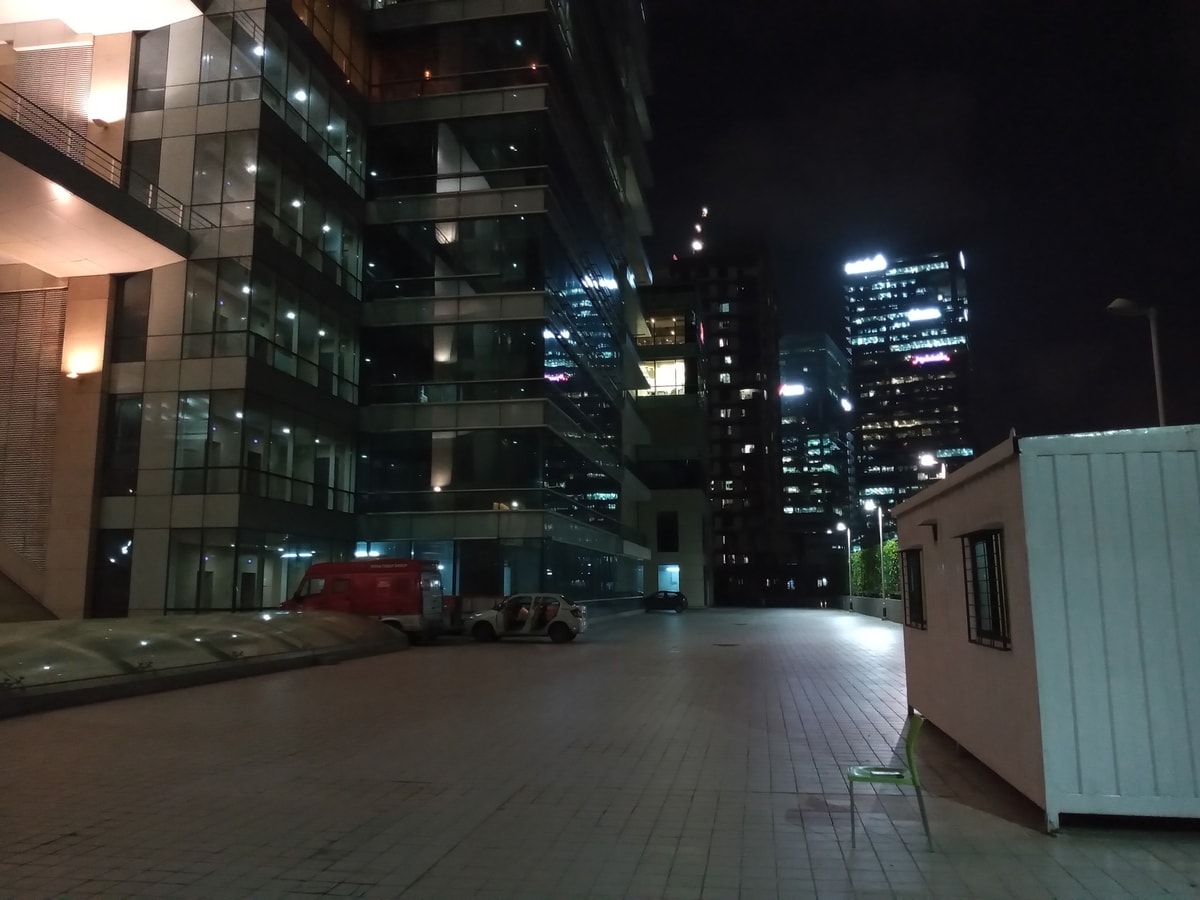 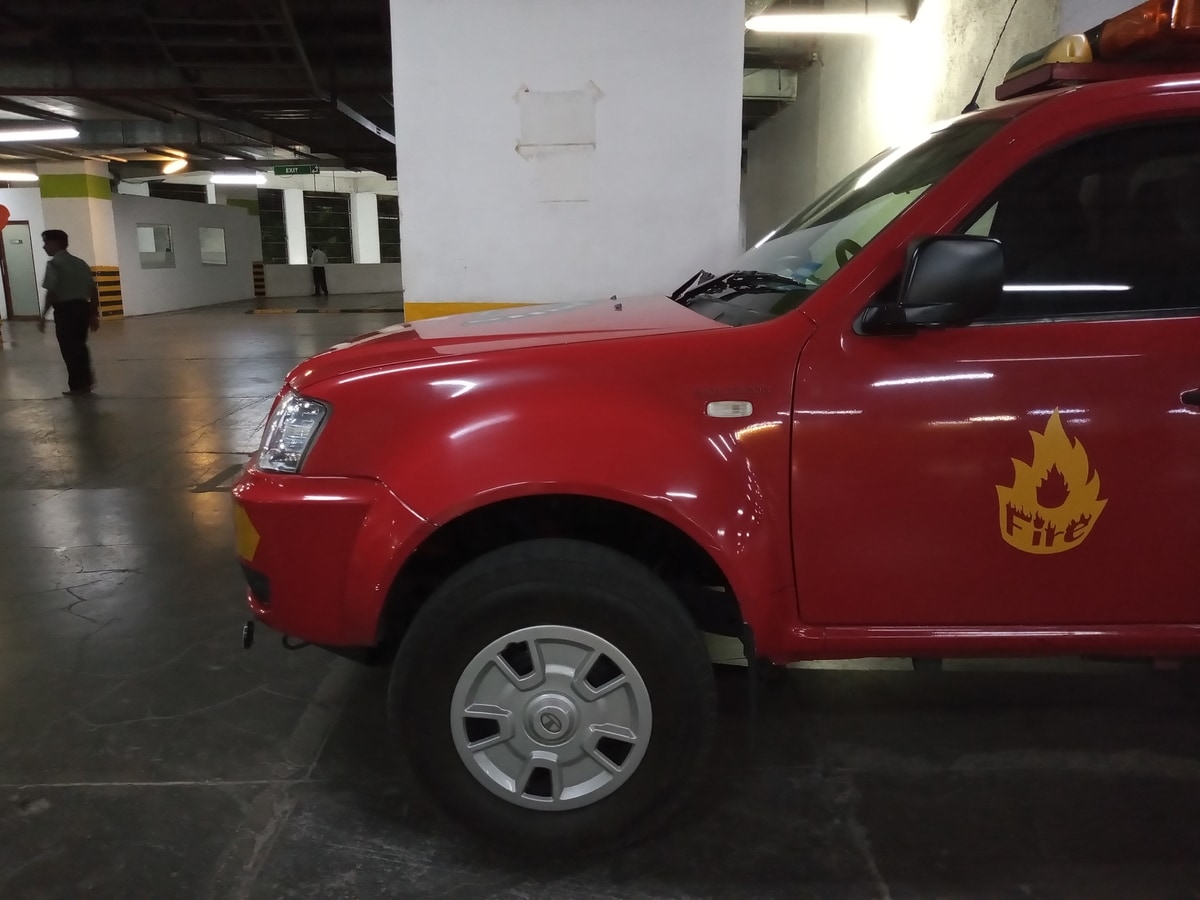 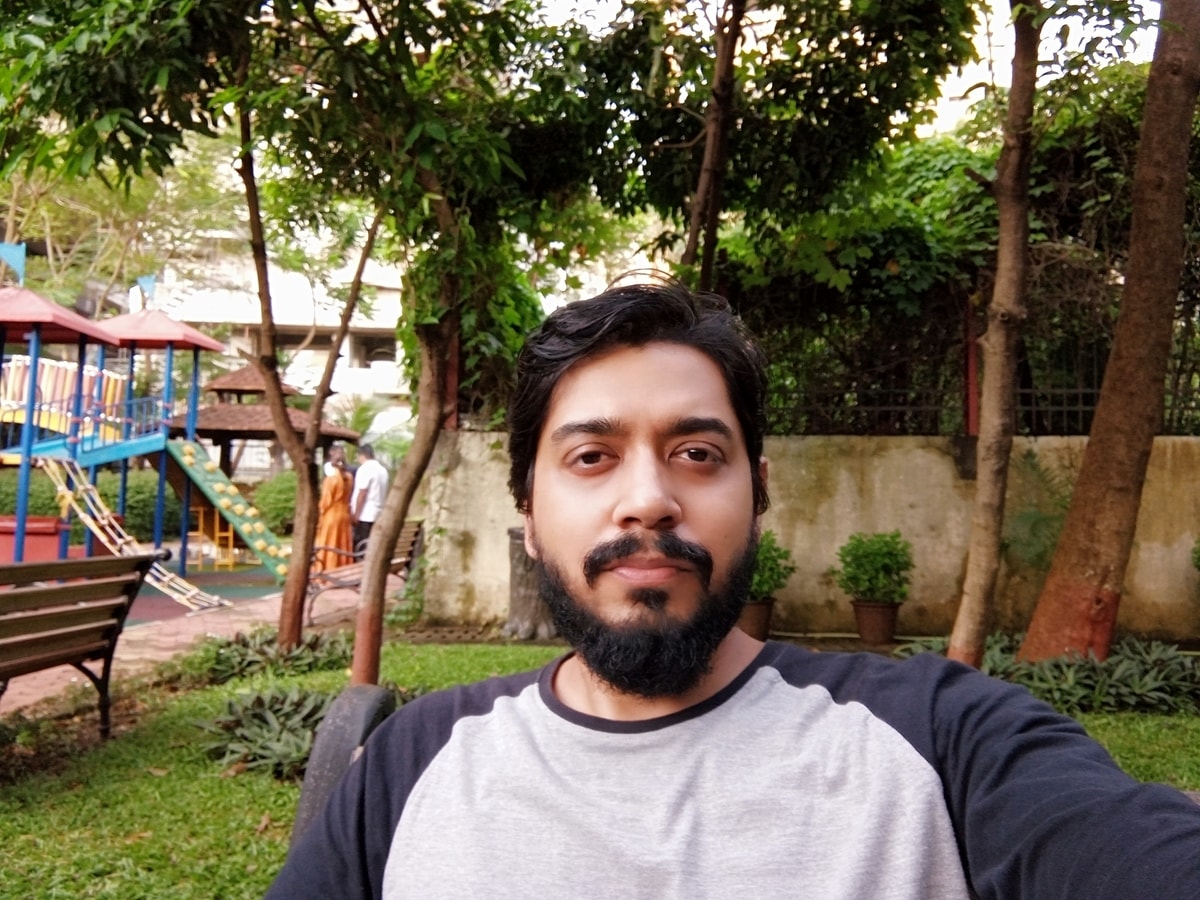 The front camera captures strictly average-looking selfies in daylight. There is HDR but it's not always very effective. This phone struggles a bit in getting skin tones and exposures right at times. There's also a noticeable difference when taking a normal selfie and when using Portrait mode. Selfies taken at night had visible grain and lacked good definition. The screen flash isn't too effective either.

Video quality is also just average in daylight and there's no electronic stabilisation at 1080p, which is the highest resolution that this phone will go to. In low light, image quality is soft and details are very weak.

The Moto E6s is possibly one of the only phones at this price to offer 4GB of RAM and 64GB of storage, which is a great, but it compromises a bit too much in other areas, which makes it a little difficult to recommend. Plus, the omission of basic things such as a compass is a real letdown. We've also recently started seeing phones at this price with much bigger batteries, which makes the one in the Moto E6s feel small. With phones such as the Xiaomi Redmi 8A in the market, which features a Type-C port with fast charging and much bigger battery, the E6s doesn't feel very competitive. The removable back cover and battery are nice touches but we doubt this is a feature that would influence anyone's buying decision.

The Moto E6s is light, has a decent display, and offers good amounts of RAM and storage for the price. However, if you're okay with having less RAM and storage, then there are better options such as the Realme 3i (Review) and Redmi 7 (Review) for around the same price. Plus, with so many online sales happening, you can even find big discounts on better phones that usually sell for around Rs. 10,000.

Further reading: Moto E6s, Moto E6s price, Moto E6s price in India, Moto E6s specifications
Roydon Cerejo Email Roydon
Roydon Cerejo writes about smartphones and laptops for Gadgets 360, out of Mumbai. He is the Deputy Editor (Reviews) at Gadgets 360. He has frequently written about the smartphone and PC industry and also has an interest in photography. With over a decade of experience covering the consumer technology space, he is also an avid sci-fi movie and TV show geek and is always up for good horror flick. Roydon is available at roydon@gadgets360.com, so please send in your leads and tips. More
Realme Buds Wireless Review
Motorola Razr Foldable Phone to Launch Before 2019 Ends, Motorola One Macro Spotted on Retail Site: Reports