Moto E6s price in India pits it against well-received budget phones from Xiaomi, Realme, and Asus. 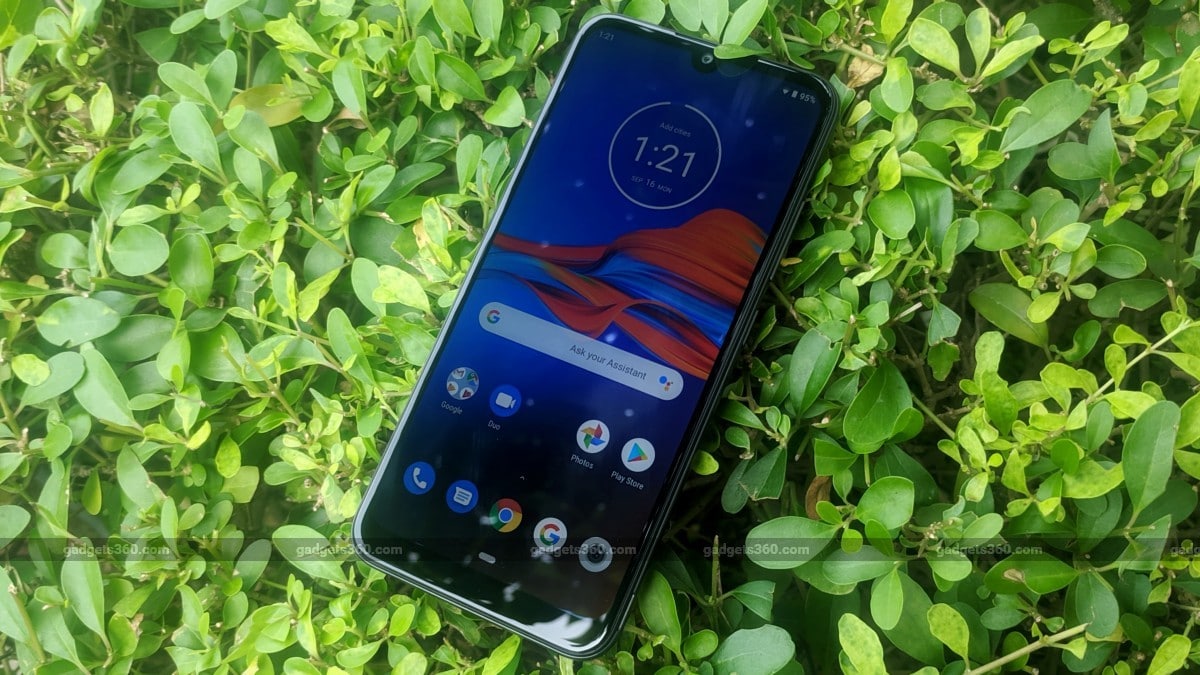 Motorola has added a new member to its affordable Moto E-series – the Moto E6s. This new Motorola offering is the first member of the Moto E lineup in India to pack dual rear cameras, and has a couple of other surprises that buyers might appreciate – an interchangeable back cover and a removable battery. The rest of the Moto E6s' hardware is typical entry-level Android phone fare, and this phone is pitted against the likes of Redmi 7 (Review), Asus ZenFone Max M2 (Review), and the Realme 3 (Review). We were able to spend some time with the Moto E6s prior to its official launch, and here's what we think about this phone so far.

The Moto E6s is very similar to the Moto E6 Plus which was unveiled at IFA earlier this month. The phone's design screams low-budget, and this does not bode well for the Moto E6s as there is no paucity of phones in the same price segment that offer more appealing aesthetics. The rear panel is plain and can be pulled off the phone's frame to reveal the removable battery.

We played around with the Polished Graphite variant of the Moto E6s, which is quite reflective and gets smudged too quickly. We also noticed that it picked up scuff marks in no time. The rear panel seems quite flimsy at first, but thankfully, it slips on and off the phone easily. Motorola also offers the phone in a Rich Cranberry colour, which has a gradient finish with red along the sides and black in the middle.

The option of swappable back covers could appeal to people who want to change how their phone looks from time to time. The removable battery could also be a perk for users who value convenience and repairability. However, the battery has to be pulled out in order to put a Nano-SIM in its designated slot. Interestingly, the phone has separate Nano-SIM, Micro-SIM slot, and microSD card slots. Still, the phone has a decent build quality and its curved profile ensure a comfortable grip.

The 6.1-inch HD+ display turned out to be decent, with acceptable sunlight legibility and overall quality, but viewing angles are not all that good, and colour accuracy is also a little off. The phone is powered by the octa-core MediaTek Helio P22 SoC paired with 4GB of RAM and 64GB of internal storage in its sole configuration. There's a 3,000mAh battery which can be topped up using the bundled 10W charger. The phone runs stock Android Pie, with the only two additions being the Motorola Notifications and FM radio apps.

A notable omission is the Moto Actions app, which we have seen on Moto One-series phones. This app allowed users to enable navigation gestures and use a couple of other nifty features, which you can read about in our review of the Motorola One Vision. The Moto E6s' software interface is clean, but despite running stock Android, this phone did not feel as snappy as its rival, the Redmi 7 (Review).

Moto E6s goes against the like of Realme 3, Redmi 7, and Asus ZenFone Max M2

The Moto E6s packs a 13-megapixel primary rear camera assisted by a 2-megapixel depth sensor, while an 8-megapixel snapper takes care of selfies. There is Google Lens integration, but apart from that, the camera app is a barebones affair with only portrait mode, HDR, and a beautification tool. We didn't get the chance to capture any photos in our brief time with this phone, but we'll soon test how the Moto E6s' cameras fare in an in-depth review. We will also thoroughly test the day-to-day performance, battery endurance, and other key parameters of this phone.

At a price of Rs. 7,999, the Motorola E6s has been priced quite competitively, and could appeal to buyers who value the stock Android experience and the convenience of a removable battery. The Motorola E6s could be a good option in its price bracket, but how well will it fare against established budget champions? To find out, stay tuned to Gadgets 360 for our full review, coming up soon.