Moto C Plus is the company's new budget entry targeted at first-time smartphone buyers. At the India launch event in New Delhi on Monday, Lenovo stressed that the new Moto C Plus with features like massive battery with rapid charging support, selfie camera with LED flash, and stock Android experience, packs enough punches at a price that should fit anyone's budget. The phone goes on sale via Flipkart today.

The Moto C Plus price in India is positioned smartly to place it in right between the more affordable Moto C and Moto E3 Power. But the new Moto handset will compete against Xiaomi's Redmi 4A which is also targeted at first-time smartphone buyers and comes at a lower price tag - even the entry-level Xiaomi Redmi 4 isn't too far away from the Moto C Plus price tag. We spent some time with the handset at the launch event, and here are our first impressions.

On the design front, the new Moto C Plus strictly follows the Moto design-cues. This means that you will see rounded edges and aesthetics somewhat similar to Moto G5 (Review). Though, there is no metal used on the Moto C Plus. There is, however, a metal lining around the front panel which adds to the overall appeal of the handset. 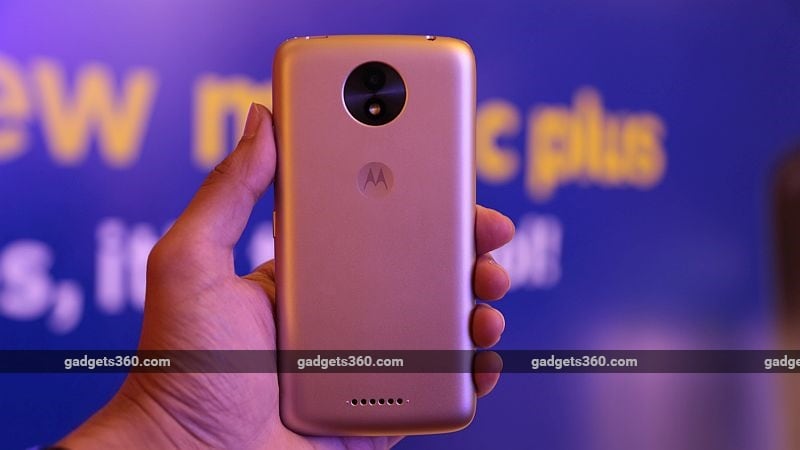 Moto hasn't done much different with the design of the Moto C Plus except for adding a textured pattern on the rear cover that looks distinct. The Moto C Plus weighs 162 grams, which might seem slightly heavy for its size but the large battery capacity justifies it. The circular design at the back holds the rear camera alongside LED flash. The circular housing reminds us of the Moto G5. The speaker grille is seen at the back of the smartphone, while the 3.5mm audio jack sits on the top edge accompanied by Micro-USB charging port.

The Moto C Plus features a 4000mAh removable battery, which means the rear is not sealed. To further sweeten the deal, Moto will ship a 10W rapid charger with the Moto C Plus. Thanks to removable back cover, the phone comes with three dedicated slots for two Nano-SIMs, and a microSD card which can be considered one of the important additions to the phone. There's no fingerprint scanner on the handset which is obvious considering the price it carries.

The company is additionally marketing micro textured removable back covers which will be available for the handset. The phone itself will be going on sale in Black, White, and Gold colours.

The 5-inch HD (720x1280 pixels) HD TFT display on the Moto C Plus is good for a budget smartphone. In the limited time we spent with handset, we found the display had good brightness levels and is pretty sharp. 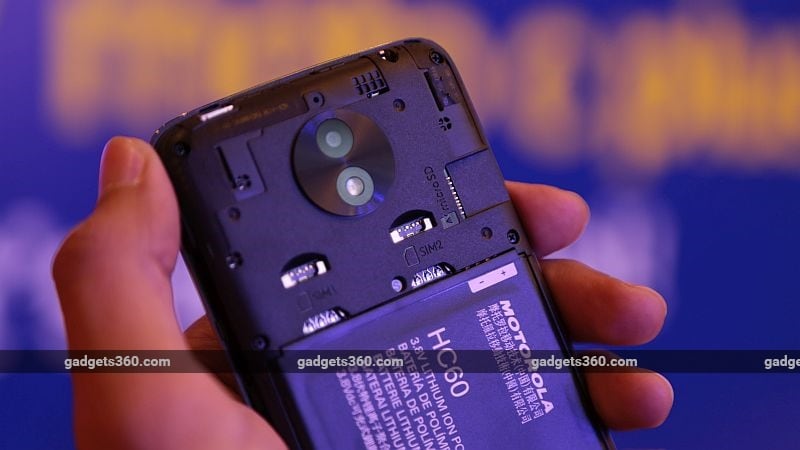 The Moto C Plus is powered by a 1.3GHz MediaTek MT6737 quad-core processor paired with 2GB of RAM. You also get 16GB of inbuilt storage, which is expandable via a microSD slot (up to 32GB).

One of the biggest attractions of the Moto C Plus is stock Android Nougat experience which is hard to find in this segment. The company has added some minor tweaks though. The Moto C Plus also offers a slew of Nougat-specific features like a revamped Settings app, reply to messages from anywhere feature, quick app switching, multi-window, and a refreshed Quick Settings toggles.

With Nougat, the Moto C Plus will also offer Google Assistant out-of-the-box which is a feature still not available on phones that are available almost at double the price. The smartphone features capacitive navigation buttons at the front. 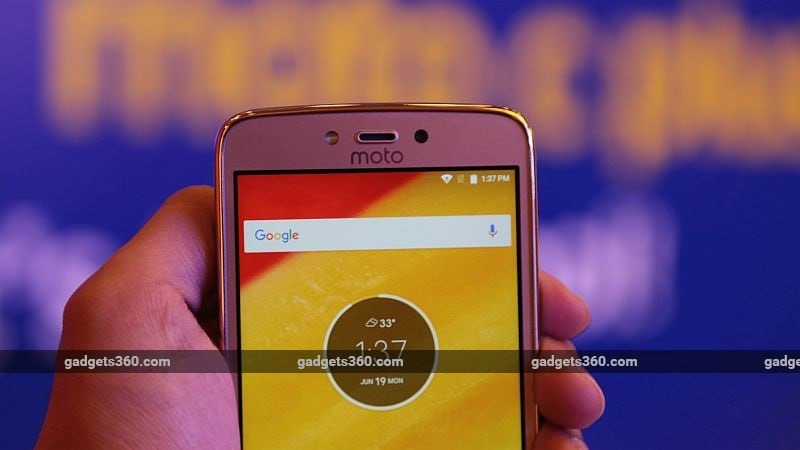 In our limited time with the device, we noticed that it was quite a good performer thanks the near stock Android running on top. Taps and swipes registered without any issues, and even switching between apps was smooth.

The Moto C Plus sports an 8-megapixel rear camera with f/2.2 aperture, autofocus, 71-degree field of view and an LED flash. There's also a 2-megapixel front-facing camera with LED flash. During our limited use, we noticed that the rear camera on the Moto C Plus was quick at focusing. We noticed that it automatically adjusted the highlights and shadows depending on the light, which seemed neat. The selfies look good but the addition of LED flash may turn out to be a great addition for consumers of this price range.

We will however reserve our verdict on the Moto C Plus performance and camera until we get a chance to put it through paces during our detailed review.

Final thoughts
After spending some time with the all-new Moto C Plus, we believe that Moto's idea of keeping it simple might work. The company isn't looking to impress consumers who are obsessed with better specifications at this price. Instead, the new Moto C Plus is targeted to appeal to first time smartphone buyers. Features like near-stock Android Nougat, front camera with flash, and 4000mAh battery with rapid charging support are some of the features that aren't common at this price.

At a price point of Rs. 6,999, the Moto C Plus will be going head on with the Xiaomi Redmi 4's entry-level variant which offers somewhat same kind of specifications but with a fingerprint scanner. The Redmi 4 also features the updated octa-core Qualcomm Snapdragon 435 SoC. Xiaomi's Redmi 4a (Review) will be also seen as a competitor to the Moto C Plus, as will the Samsung Galaxy On5 Pro.

product Moto C Plus, priced at Rs. 6,999, has a 4000mAh battery with rapid charging, and Android Nougat. Here are our first impressions of the phone.