Mobiistar XQ Dual is priced at Rs. 7,999, but can it compete against the likes of Xiaomi Redmi 5?

Vietnamese smartphone maker Mobiistar officially entered the Indian market early last month with an ambitious plan. At an event to mark the launch of the company's first few smartphone models in the country, the XQ Dual and CQ, executives even announced that India would now be the location of Mobiistar's global headquarters. The XQ Dual is the more expensive of the two and boasts of a dual selfie camera setup. We got hold of it to put it to the test.

As is the case with numerous other budget smartphones in the market, the Mobiistar XQ Dual borrows a few design elements from current and older iPhone models. The rear of the phone has gold accents in an attempt to look premium, but they seem a bit garish against the black body. In addition to that, the rear is extremely slippery and we ended up dropping the phone more than a couple of times during our testing period.

It's 2018 and the market is filled with smartphones, across price segments, that feature 18:9 displays. However, the XQ Dual sports a traditional 16:9 panel, with thick borders above and below it. On the other hand, this 5.5-inch IPS panel has a full-HD (1080x1920 pixels) resolution that gives this phone an edge over its competition. The maximum brightness is good, but the display does not get dim enough for comfortable use in a dark room. 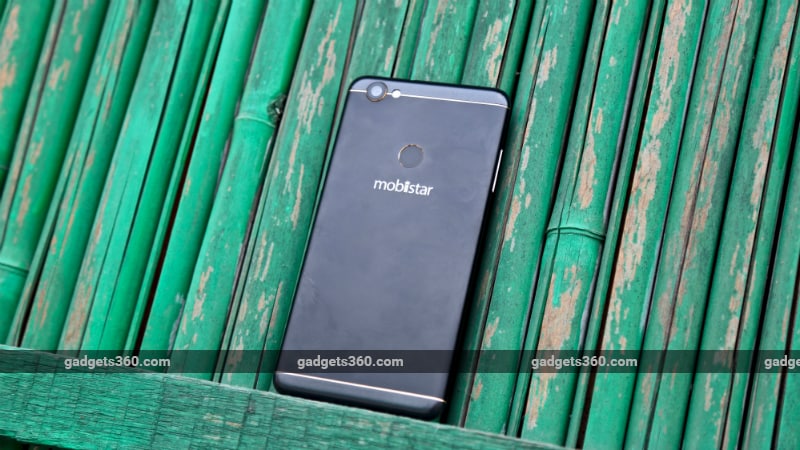 Above the display is a dual selfie camera setup with one 13-megapixel primary sensor and a secondary 8-megapixel sensor. Next to that are the earpiece, an LED selfie light, and a couple of sensors. There are capacitive buttons for Home, Back, and Overview functions below the screen.

The left of the smartphone has gold-accented volume buttons, and on the right is the lock/ power button as well as a hybrid dual-SIM tray that makes you choose between a second SIM and a microSD card. Finally, the Micro-USB port, speaker grille, and microphone are placed on the bottom. The retail box of the Mobiistar XQ Dual includes a 5V/ 1.5A (7.5W) adapter, a USB cable, a SIM ejector tool, a screen protector, and a couple of guides to help you get started.

The Mobiistar XQ Dual is powered by the octa-core Qualcomm Snapdragon 430 SoC, which is rather outdated but not surprising for a smartphone that costs less than Rs. 8,000. The SoC has four Cortex-A53 CPU cores clocked at 1.4GHz, and four Cortex-A53 cores clocked at 1.1GHz. Managing the graphics is an integrated Adreno 505 GPU, which is slightly less powerful than the Adreno 506 in the Snapdragon 450 used by the Redmi 5. There are no variants of this phone, and you can only get it with 3GB of RAM and 32GB of storage.

4G VoLTE works on either of the SIM cards at a time. There's also a 3.5mm headphone jack, FM radio, GPS, single-band (2.4GHz) Wi-Fi 802.11b/g/n, and no NFC. As for sensors, the smartphone gets an accelerometer, ambient light sensor, electronic compass, gyroscope, and proximity sensor. 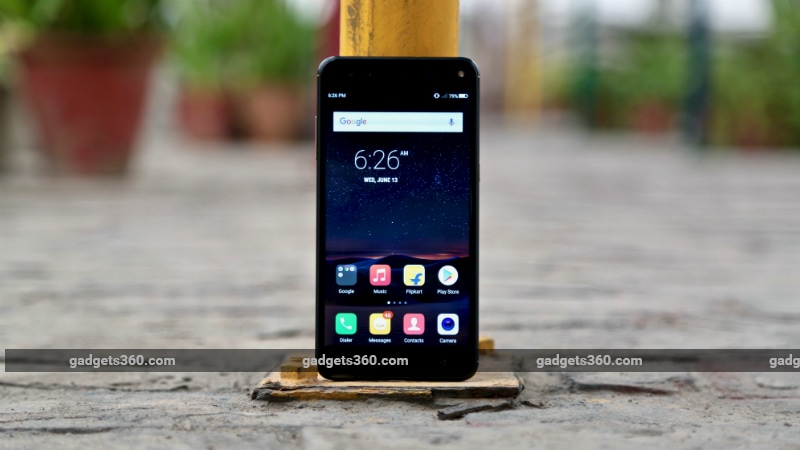 The Mobiistar XQ Dual runs a heavily customised UI called Star Launcher on top of Android 7.1.2 Nougat, which is really disappointing to see in mid-2018. This phone's prime competitor, the Redmi 5 also still runs Android Nougat with MIUI on top, but we know that an update is on its way soon. Our Mobiistar XQ Dual review unit was also running the relatively outdated Android February security update.

There is no app drawer, and all app icons are placed on the home screens. Interestingly, in the preinstalled File Manager app, we found certain files named "Qiku Launcher", suggesting that Mobiistar might be using similar assets as Qiku, a Chinese phone manufacturer that tried to break into the Indian market a few years ago.

The user interface is half-baked, to say the least. There is no design consistency across the app icons, with some of them getting an ugly white border and others enlarged.

A preinstalled app called Freeze can be used to suspend apps that the user does not want to use for some time, in order to reduce system load. However, once you "unfreeze" the apps, they are just sent to the last home screen, and rearranging them is frustrating. 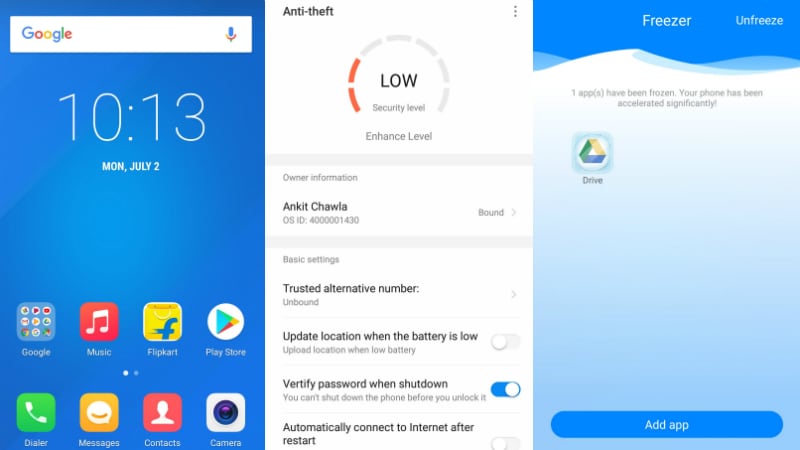 There is also something called Intelligent Screen, accessible when you swipe right on the first home screen. Apart from a few shortcuts to the apps you use most frequently, the screen is filled with links to sensational news stories, and there's noticeable UI lag when scrolling through them.

The Settings menu has a few interesting additions. The Anti-theft feature uploads the location of the smartphone when its battery is running low, so the user get to know its last known location if it is stolen or misplaced. There's also a gesture shortcut to launch the camera app, scheduled power on and off, and an SOS feature.

In our experience with this phone, performance was underwhelming. With all apps closed, the system alone used about 1.6GB of RAM. In terms of real-world usage, the smartphone performs below average, with frame drops observed while using even apps such as Facebook, WhatsApp, and Twitter. Lag was persistent when we multitasked between more than a couple of apps. Stutter was particularly noticeable on the Intelligent Screen, which was unusable till the content loads.

As for benchmarks, the Mobiistar XQ Dual got an AnTuTu score of just 57,472. Performance in Geekbench 4 was also low, with a single-core score of 643 and a multi-core score of 2,403. In the browser-based Basemark Web 3.0 benchmark, the XQ Dual scored 65.22. These results are sub-par when compared to the similarly priced Xiaomi Redmi 5, but were slightly better than those of the InFocus Vision 3.

We tried a few casual games such as Subway Surfers and Candy Crush on the XQ Dual and did not notice any unusual battery drain or heating after 30 minutes of testing. We also tried out other games like Temple Run 2 and Asphalt 8, and experienced slight lag in the latter.

The fingerprint sensor is one of the few features of the Mobiistar XQ Dual that shines. It was extremely accurate and fairly quick in our experience. Face recognition is not supported. The loudspeaker volume was average, as is expected from a smartphone in this price segment.

The Mobiistar XQ Dual sports a 13-megapixel rear camera with f/2.0 aperture and dual-tone LED flash. The shots we took in daylight were poorly exposed and lacking in detail. Colour reproduction was decent in favourable light, but this phone struggled with details, even in close-ups. Low-light shots came out looking grainy, though thankfully there was no software brightening resulting in excess noise. 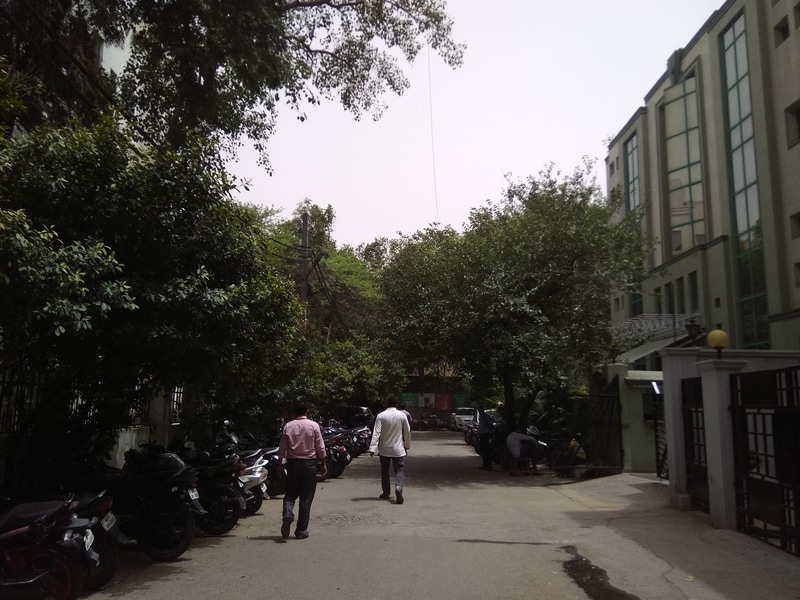 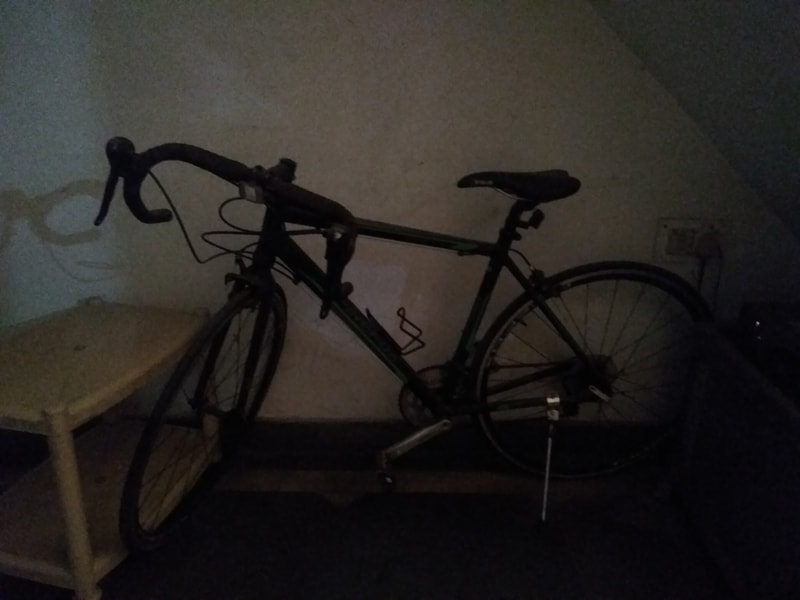 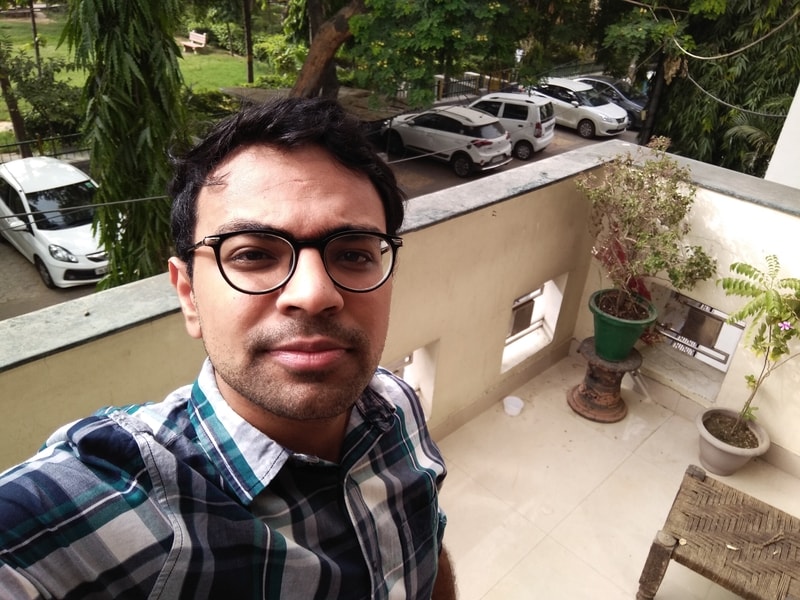 Selfies are supposed to be the highlight of the XQ Dual, with its 13-megapixel and 8-megapixel cameras on the front. The ones we took came out looking decent enough for casual use, but they aren't very sharp when you zoom in to full size.

There is no portrait mode in the camera app because the secondary camera does not act as a depth sensor, and the effect isn't applied using software either. There are several manual settings under the FaceBeauty option that include buffing, whitening, enlarging, and slimming. There are seven preset levels for beautification. The FaceBeauty option is also available for the rear camera but did little to improve the quality of shots we took. The secondary camera has a wide-angle lens and lets you get more of your friends into a selfie, which is neat.

Much like several other budget options in the market, the Mobiistar XQ Dual features an LED selfie light which acts as an illuminator. It's too bright for our liking, but it did help us get clear selfie shots in low light. At around the XQ Dual's price, the Honor 9 Lite is the only other option with dual selfie cameras.

With moderate usage, considering that performance was limited, the Mobiistar XQ Dual's 3000mAh battery lasted till around 5-6pm on a normal working day with a single full charge, so you might need a boosts during the day to help it run until bedtime. Interestingly, there are three battery power saving levels on the smartphone, and this cannot be completely turned off. At the lowest setting, the phone managed to run for 9 hours 42 minutes in our HD video loop test.

Verdict
The Mobiistar XQ Dual is one of the first smartphones from the Vietnamese company to arrive on Indian shores. It has a poorly optimised UI, an in-your-face design, and average build quality. The cameras are decent for a phone at this price level, but you can get a lot better if you increase your budget by a bit. The quick fingerprint sensor is one of the only features that really stands out. At a price of Rs. 7,999, we would expect better software and build quality.

If you have a tight budget, you are better off picking options like the Redmi 5 (Review). Or, if you can put in a few thousand rupees more, the Oppo Realme 1 (Review) and Xiaomi Redmi Note 5 (Review) both offer better value for money.

Further reading: Mobiistar
Mobiistar Is Here to Change What You Expect From a Budget Smartphone
Vivo Nex Pop-Up Camera Bug Makes It Elevate When Not Required: Report