Microsoft Lumia 535 Dual SIM Review: Off to a Shaky Start 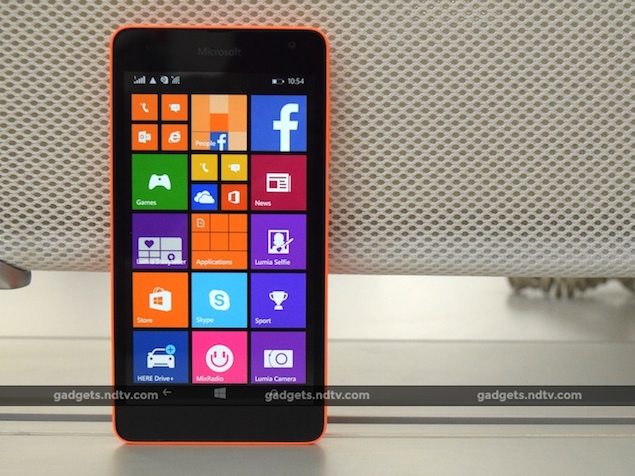 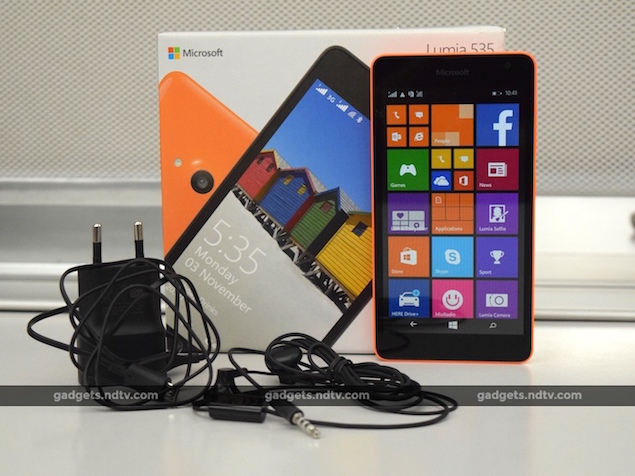 Look and feel
Not much is new in the design department, as the Microsoft Lumia 535 Dual SIM carries forward the same trend of colourful plastic rear shells that we are accustomed to seeing with Lumia phones. However, the build quality leaves a lot to be desired. We were thoroughly unimpressed with the rear shell flexing when pressed, and the popping sound it makes because it doesn't fit very well. This makes us believe that the plastic used for the rear shell is not of a very high quality. Our glossy orange review unit was too bright for our liking. The phone is also available in cyan, bright green, white and black. 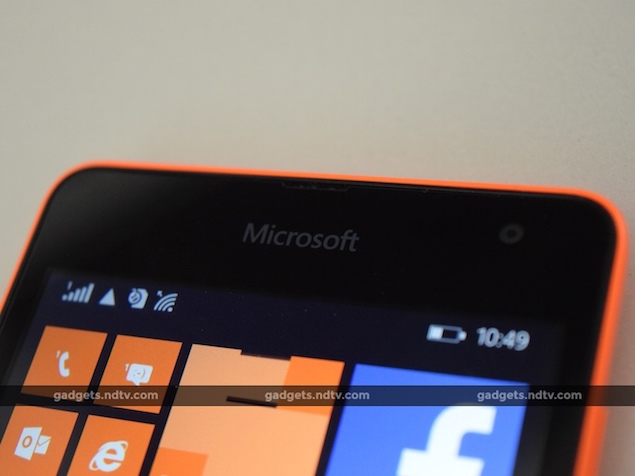 The phone has dimensions of 140.2x72.4x8.8mm and weighs 146g. Despite its fairly large body, Microsoft has fitted a 5-inch screen. As a result, there are thick bezels around the screen and the phone is wider than most other 5-inch phones these days. Gripping it might be a problem for people with small hands.

Microsoft uses on-screen buttons for navigation. Above the screen lie the front camera and the earpiece. There is a tiny speaker grille at the bottom on the rear. The primary camera is on a slight bump on the rear. The Micro-USB port is on the bottom of the phone whereas the 3.5mm audio jack sits on the top. The power button and volume rocker are on the right edge of the phone and they have great tactile feedback. Beneath the rear shell one can find the battery compartment, two slots forMicro-SIM cards, and the microSD card slot.

Specifications and software
The Lumia 535 Dual SIM rocks a Qualcomm Snapdragon 200 quad-core SoC clocked at 1.2GHz. It also has 1GB of RAM and 8GB of internal storage which can be expanded by up to 128GB using a microSD card.

The phone has 5-megapixel cameras on both the rear and the front. The primary camera on the rear has a 1/4-inch sensor and a flash. The front camera on the other hand has the same 24mm wide angle lens as its elder sibling, the Lumia 730 Dual SIM. On the connectivity front, the phone supports 3G, Wi-Fi a/b/g/n and Bluetooth 4.0. It has a relatively small 1,905mAh battery. 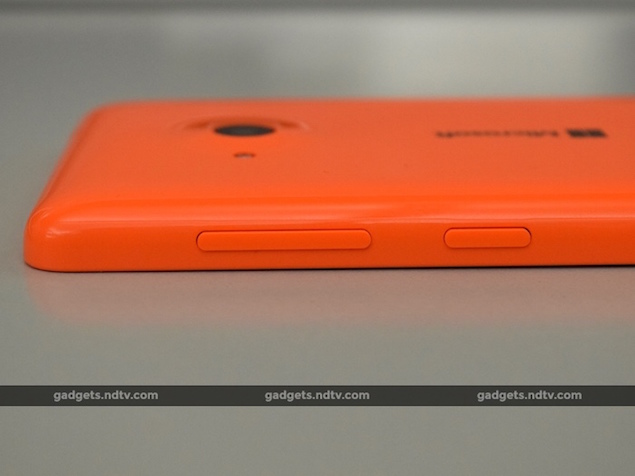 The 5-inch IPS LCD screen has a resolution of 540x960 (qHD) which translates to a pixel density of approximately 220ppi. While this screen is much better than the one on the Lumia 530 Dual SIM which had a resolution of 480x800, it still doesn't cut it compared to other phones in the same price range which have much better 720p panels. We could see pixellation in text. Everything looked dull, and when viewed at an angle we noticed discolouration. The screen is adequately legible under direct sunlight, though. 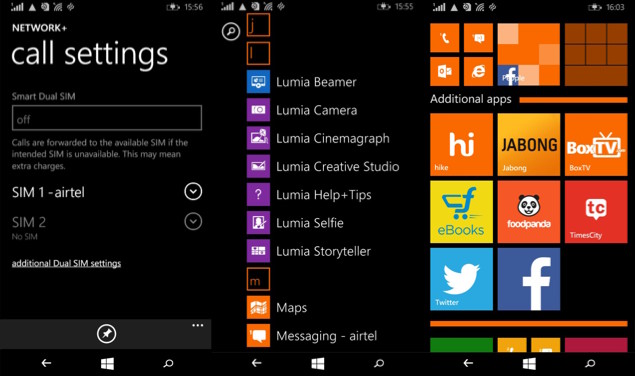 The Lumia 535 Dual SIM runs Windows Phone 8.1 with the latest Denim update, which adds a ton of Lumia camera features. All the other usual features of Windows Phone 8.1 are present here as well. We are growing to like this operating system despite its barren app store. Microsoft preloads a few quality third-party apps such as Hike, Jabong, BoxTV, Flipkart eBooks, FoodPanda, TimesCity, Twitter and Facebook. Thankfully, you can uninstall them if you wish to.

Camera
The Denim update adds a tonne of self-branded camera apps: Lumia Camera, Lumia Cinemagraph, Lumia Creative Studio, Lumia Selfie and Lumia Storyteller. We repeat what we stated in our review of the Lumia 730 Dual SIM: all this borders on overkill, but some users might actually find them all useful. Lumia Camera works well for most purposes and offers loads of manual settings. 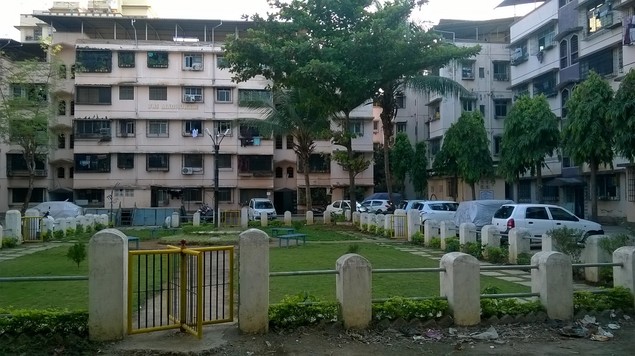 The 5-megapixel primary camera captures decent details in favourable lighting conditions. We did notice a pinkish hue in some images but happened too rarely to be a major cause of concern. The camera handled the contrast between shadows and light accurately. In low-light situations, the camera did a decent job of letting in adequate light, but failed to manage noise. The 854x480 resolution video captured by the camera is devoid of detail and not what we expected from a camera of a Lumia smartphone. That said, Microsoft had to cut corners somewhere. 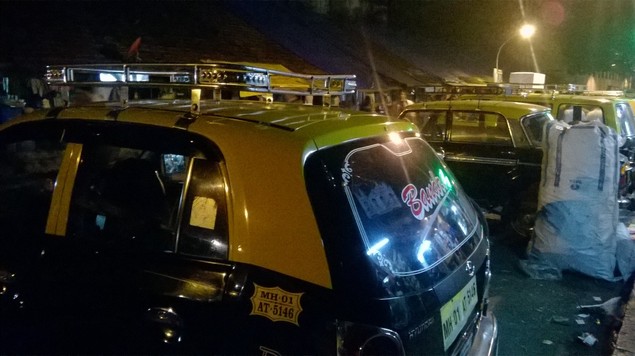 The 5-megapixel front camera, on the other hand, is an absolute revelation. It is as good as the one on the Lumia 730 Dual SIM and we strongly believe that you cannot get a better camera in this price range. The selfies we captured had a great amount of detail and depth. The 24mm wide angle also helps.

Performance
One thing that annoyed us to no end was the poor response of the touchscreen. Every single tap and swipe took some time to be recognised. This problem was aggravated when we tried multi-touch gestures such as zooming in to a photograph. This is completely unlike what we've come to expect from the Lumia series of phones. Thankfully, Microsoft has acknowledged this issue and has a software update in the works which will purportedly fix it. 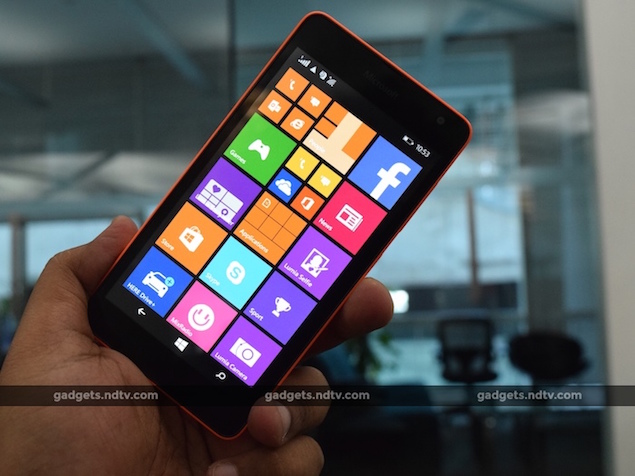 We ran a few benchmarks and the Snapdragon 200's performance was close to the performance of the Snapdragon 400 in both, the Lumia 730 Dual SIM and the Lumia 830. This phone scored 11,676 points in AnTuTu and 246.26 in WPBench. For some reason, GFXBench failed to work. We tried Asphalt 8 and the gameplay was marred by lags.

The default video player doesn't recognise 1080p videos butour 720p test files worked just fine. The speaker is tinny but loud. The quality of the bundled headphones is decent but they get uncomfortable to wear after a while. As is typical of all Lumia phones, the sound quality in calls is excellent. We didn't lose network either.

The battery lasted 9 hours and 25 minutes in our video loop test, which is great. You can expect to squeeze at least a day and half's worth of moderate usage from the Lumia 535 Dual SIM. 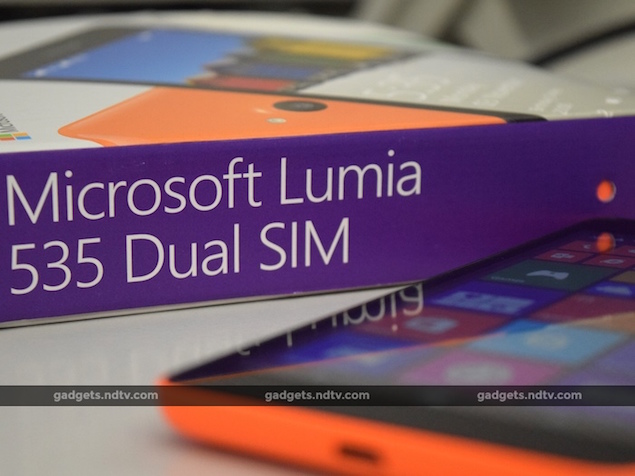 Verdict
Microsoft's first Lumia smartphone is a bit of a mixed bag. It has small flaws in basic areas such as the plastic quality and the touchscreen experience. This doesn't bode well for the future of a range of phones that has always been known for stellar construction quality.

One department where the Microsoft phone beats the pants off its competition is the camera performance. However, even if that convinces you, it would be a good idea to wait until the touchscreen issues are sorted out.