Microsoft Lumia 532 Dual SIM Review: Up Against the Android Army

No matter which part of the market it tries to address, Microsoft will have stiff competition from multiple Android partners. At the high end, there's really no contest - Microsoft hasn't released a new flagship since it erased Nokia's name from the catalog, and it won't until Windows 10 is ready to go later this year. Lumia models stand out in the mid-range because of their attractive styling, good cameras and decent battery life, which somewhat make up for other shortcomings.

Last year, Nokia had a fair bit of success with the 52x and 62x Lumia series, which were priced well and offered enough value. Now, the budget Android landscape has shifted dramatically in the wake of a Chinese invasion. Xiaomi, Lenovo, Motorola, Asus and many others have strong grips on the sub-Rs. 10,000 market, so can Microsoft still carve out a niche? 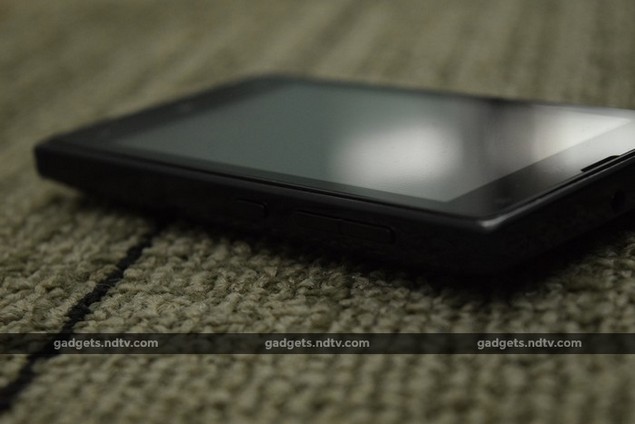 Look and feel
The Microsoft Lumia 532 Dual SIM is a bit of an ugly duckling. It's thick, chunky and not immediately appealing. In fact it looks a lot like the Asha series thanks to the obvious outer shell with squared off sides and pointy corners. Our review sample was black, which didn't help the phone look sleek, but it's also available in white, green, or orange. At least it isn't too heavy, at 136g.

The rear has a matte finish for grip, but the sides are glossy. As expected, the shell pops right out and we can easily see that the phone could have been a lot less bulky without it. The corners dug into our palms and we noticed a lot of scuffing on the glossy plastic bits, which was a little disappointing. 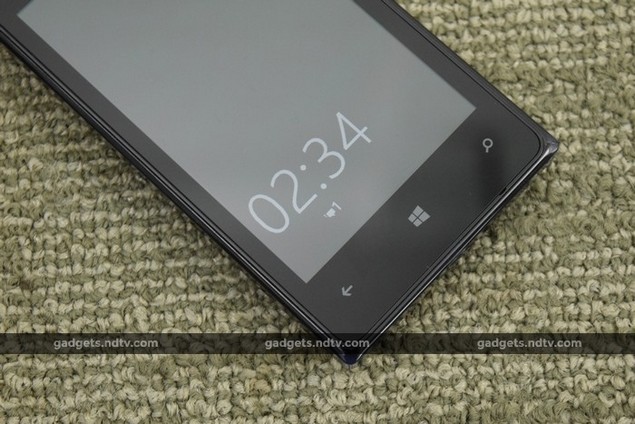 This is a plain budget phone, so don't expect more than the basics. There's a 3.5mm headset socket on top and a Micro-USB port on the bottom. The power and volume buttons are on the right. There's a simple camera lens without a flash on the rear, and a speaker cutout below it. There is another camera on the front, above the screen. A Microsoft logo replaces the familiar Nokia typography - we're still getting used to that.

The battery feels relatively small, and you'll find the two Micro-SIM card holders and a microSD slot when you pop it out. The metal SIM card holders feel a little flimsy, but cards should stay secure as long as you don't swap them often. 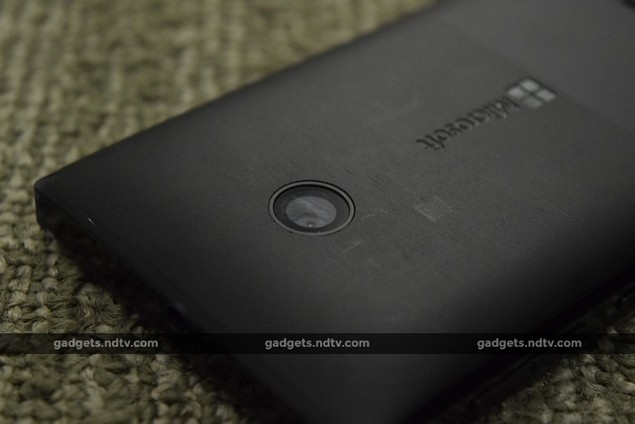 Specifications
Microsoft will find itself falling behind Android smartphones in this price range - the Lumia 532 Dual SIM feels like a phone that's several years old, and that's primarily due to the screen. At 4 inches diagonally, the 480x800-pixel resolution means there are visible jagged edges and gradients are not smooth. It's also not a very high-quality screen - colours are dull, and lose definition as soon as you look at the screen from an angle. It gets bright enough, but is still difficult to use under direct sunlight.

The processor is a rather anaemic Qualcomm Snapdragon 200, which has four 1.2GHz Cortex-A7 cores running at 1.2GHz, and Adreno 302 graphics. We expected the 1GB of RAM, but it was nice to see 8GB of storage space. Lumia phones usually support high-capacity microSD cards, and this one is no exception - you can add up to 128GB more space if needed. 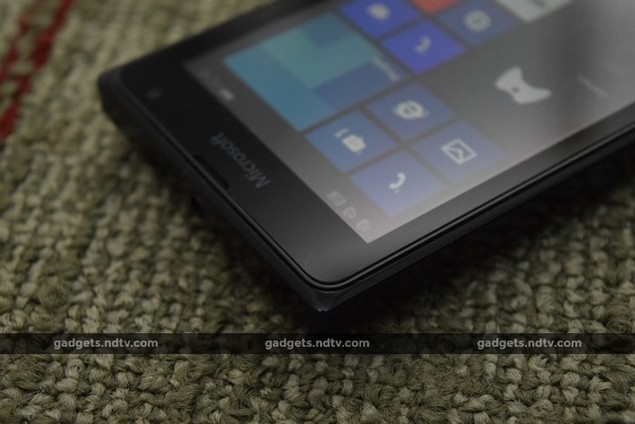 Wi-Fi b/g/n, Bluetooth 4.0 and A-GPS are available, as is FM radio. You don't get many sensors, only an accelerometer and an ambient light sensor to manage auto brightness. The battery is rate at 1,560mAh which is incredibly disappointing. The cameras are also nothing to get excited about: a 5-megapixel one on the rear and a 0.3-megapixel VGA one in front. Video recording is limited to 480p even with the rear camera. Microsoft includes a headset and a charger (with a fixed cable) in the box.

Software
The Microsoft Lumia 532 Dual SIM ships with the Denim update of Windows Phone 8.1 which brings a few interesting improvements to the OS. Notably, this phone comes with a large Cortana tile on the homescreen, though it won't work if your location is set to India. The app displays an apologetic message, but it's fairly easy to change to US English. 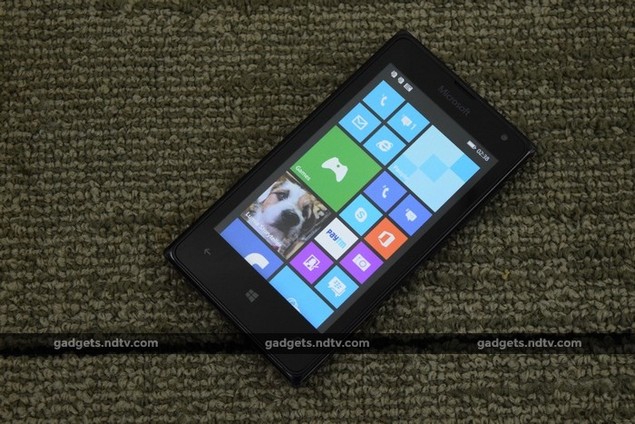 You get a few handy in-house apps, most notably Here Maps and Here Drive+. There's also a separate Bing Maps app - Microsoft has not yet resolved all of Nokia's assets with its own. Lumia Camera is a great app, but is absolutely crippled by the lousy cameras on this device. Similarly, Lumia Cinemagraph, Lumia Selfie, Lumia Storyteller and Lumia Creative Studio won't be as useful on this phone as they are on others. MixRadio is still one of our favourite Lumia apps and has a fantastic library that you can stream tracks and create custom playlists from - sadly, the extremely cheap premium subscription plan is not available anymore.

The rest of the Bing apps - Food & Drink, Health & Fitness, Money, News, Sport, etc are easy to ignore and surprisingly, can be uninstalled. Other tools, such as Podcasts and Wallet can't be removed. Beyond that, Microsoft seems to have gone overboard with the third-party apps. We found BlackBerry Messenger, Facebook, Foodpanda, Gameloft Hub, Jabong, Paytm, Redbus, Star Sports, Truecaller and Twitter - some useful, but most just spammy. In total, there's more software here than most phone's come with. 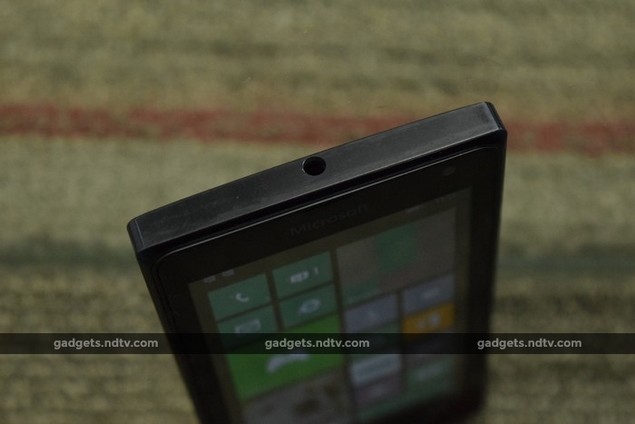 At least one thing this does is show that there are plenty of apps for the Windows Phone platform now, especially the common ones that people might be upset about missing. Those who buy phones at this price level will probably not have huge problems with the selection available. Combined with other platform features such as the extremely handy Glance Screen notifications and Sense tools, the effect is that Windows Phone could be a viable alternative to Android with a unique look and useful features - and more importantly, no huge drawbacks.

Performance
As expected, the weak hardware resulted in some pretty mediocre test scores. SunSpider took 1251.3ms and Mozilla Kraken took 26992.4ms, which are about the average for low-cost phones. AnTuTu for Windows Phone returned 11841 points and WPbench came up with 258.8 points, both of which are about the same as the Nokia Lumia 630 Dual SIM scored when we tested it a little while ago.

Quite a few of our sample videos refused to play. The Lumia 532 Dual SIM couldn't handle 720p files at all and was only just about able to play a 480p MOV file using a third-party app. The speaker did manage to get quite loud, though sound was muffled and thin.

Despite having a fixed-focus lens, the read camera is not entirely awful. Colour accuracy is off and there's no room for improvement by resizing them since they're already low-resolution - but there's a surprising amount of detail in most shots. Even low-light photos taken in reasonably well-lit spaces came out looking decent. That said, phones such as the Xiaomi Redmi 2 will still run rings around the Lumia 532 Dual SIM in the camera department. Video was expectedly poor, and the front-facing camera is all but useless. 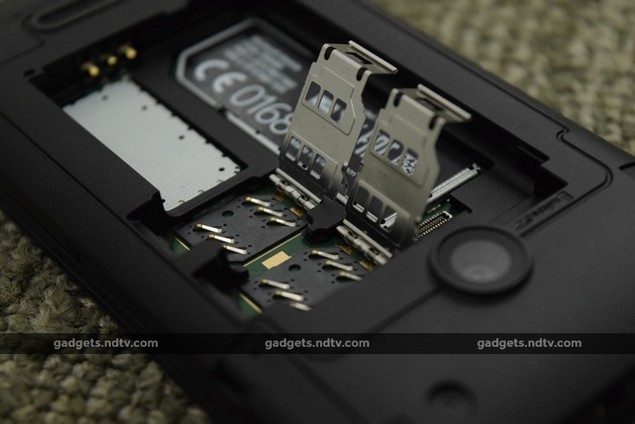 The battery lasted 9 hours, 4 minutes in our video loop test which was surprising, considering how small the battery is. It would seem that Microsoft has managed to tweak its software and hardware to sip power, which is a very good thing.

Test scores aside, we did have some trouble while using this phone. On a few occasions, we picked it up only to find that it had turned itself off and was unresponsive. It only came back on after we popped the battery out each time. On another occasion, we left it lying on a table and turned away for a few minutes, during which the phone decided to install updates on its own. We were surprised to see an animation of spinning gears, and then a progress bar. The whole thing lasted nearly 10 minutes, during which time the phone was unusable. Both behaviours are worrying, because you won't know you're unreachable unless you keep looking at your phone. 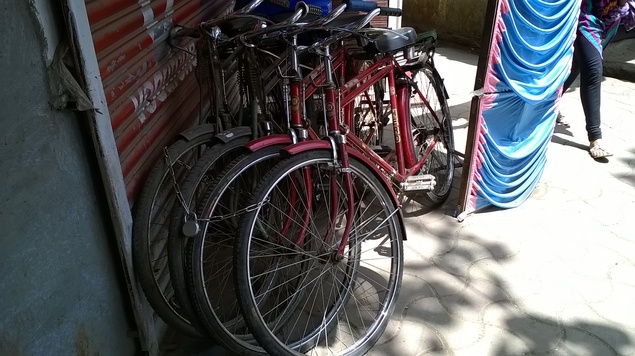 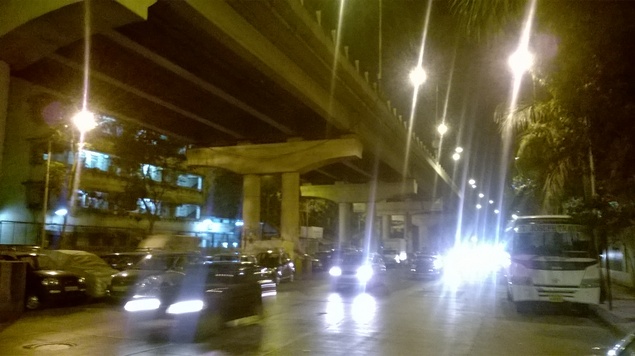 Verdict
Microsoft clearly cannot win in this budget segment on the basis of features and specifications alone. The company has therefore tried to create an experience around its Lumia hardware and Windows Phone software. The attempt works to some extent, but there are still a lot of things that Android does better, and not enough things that the Lumia 532 Dual SIM has any advantage in. If you're looking for the best value for money, go with the Xiaomi Redmi 2 (Review | Pictures) or Motorola Moto E (Gen 2) (Review | Pictures). 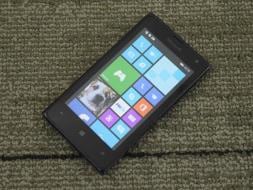