At the beginning of 2015, Micromax launched the new Yu brand and series of smartphones. These devices are only available online but offer great specifications at low prices, focusing on the increased customisation options offered by the CyanogenMod operating system that Yu preloads onto its devices. The Yureka (Review | Pictures) and Yuphoria (Review | Pictures) both offer the benefits of customisability and great specifications at competitive prices, and have enjoyed some success.

Yu's third product is the Yureka Plus. At Rs. 9,999, it's Rs. 1,000 more expensive than the Yureka, and adds a bit to the spec sheet to justify the price hike. The two big changes are a higher-resolution full-HD screen and a new camera sensor that should improve photo quality by a bit. We go into the details to find out what the Yureka Plus is all about.

Update (6 October 2015): The Yu Yureka Plus now comes with Android. This review is for the earlier variant that shipped with Cyaongen OS. 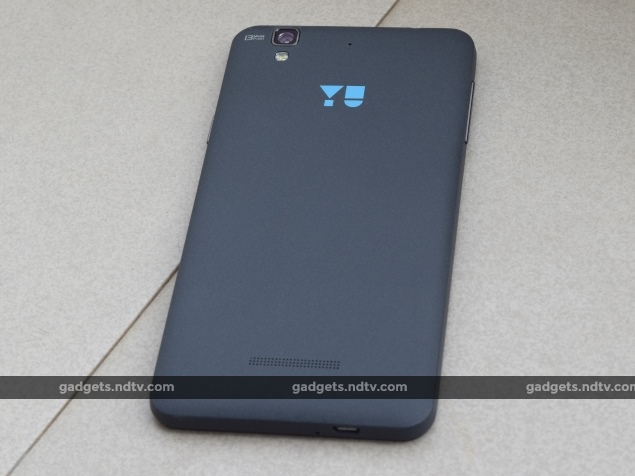 Look and Feel
The Yureka Plus has inherited its predecessor's nomenclature for a reason; it looks and feels exactly like the Yu Yureka. There is not a single thing different, and you wouldn't be able to tell the difference between the Yureka and Yureka Plus if both were to be placed side-by-side. This isn't necessarily a bad thing, since we quite liked the way the Yureka was designed. From the minimalist look in front to the textured 'moonstone grey' back panel, the phone is still attractive and feels great to hold.

Most of the rest of the device design remains the same as well. The primary SIM and microSD slots are only accessible by removing the battery, while the second SIM slot is hot-swappable and doesn't need the phone to be switched off. Power and volume controls remain in the same places as before, while the only marking on the front is a circle that denotes the home button. The three soft keys light up when the screen is on, and the phone lets you set any or all of the keys to wake the device with a double tap.

The only difference you'll perceive is a visibly sharper and more detailed full-HD screen. We were happy with the Yureka's 720p screen at the time of reviewing it, but the market has changed a lot since then. With the spec war heating up, a 1080p screen in the sub-Rs. 10,000 segment isn't impossible anymore. Yu has been smart, as the full-HD screen adds tremendous value to the package. It is sharp, detailed, and accurate with colours. Although it's sufficiently bright indoors, outdoor visibility suffers a bit since it can't get quite as bright as it needs to. However, it's still a far better screen than we're used to seeing at this price level.

Specifications and Software
When the Yu Yureka first broke onto the scene, its specifications list was impressive to say the least. At a time when the vast majority of budget phones were using lower-cost MediaTek SoCs, the Yureka used the then-new Snapdragon 615. Apart from that there was also 16GB of internal storage and 2GB of RAM, along with 4G compatibility and Bluetooth and Wi-Fi connectivity.

These specifications remain the same on the Yureka Plus, and unfortunately don't quite have the same shock value anymore since a long list of devices in this price bracket have matched them. However, it's still a competitive set of components for the price and will remain competitive for a long time to come. 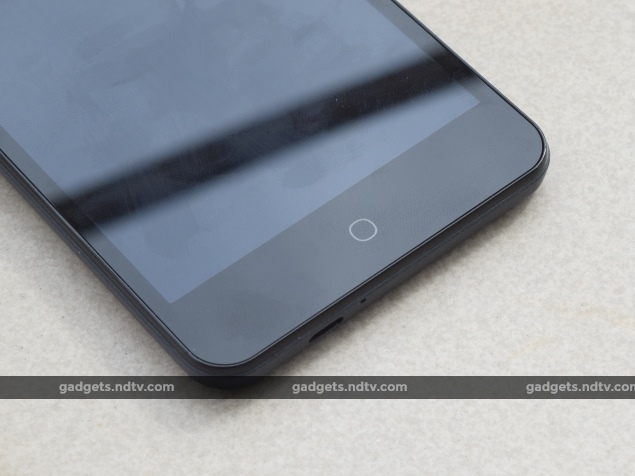 Yu has stuck to Cyanogen 12 OS for the Yureka Plus, although the system is based on Android 5.0.2 out of the box, an upgrade over the Yureka which came with Android 4.4.4. We're big fans of the operating system, since it offers a host of customisability options that let you set your phone up exactly how you want it. From button functions to the lockscreen; from the status and pull-down bar to the notification drawer; everything is customisable and can be adjusted to your liking. Above all, it's a quick and efficient system that is a pleasure to use. Very little is different from what the Yureka offers.

There's also very little bloatware on the system, and the handful of apps that are present are actually incredibly useful. AudioFX is a system-wide audio equaliser and controller, while Screencast lets you record video of your phone's screen. Perhaps the only app we didn't care much for was the Yuniverse Opera-based browser. Fortunately it could be uninstalled and was out of our way within seconds. 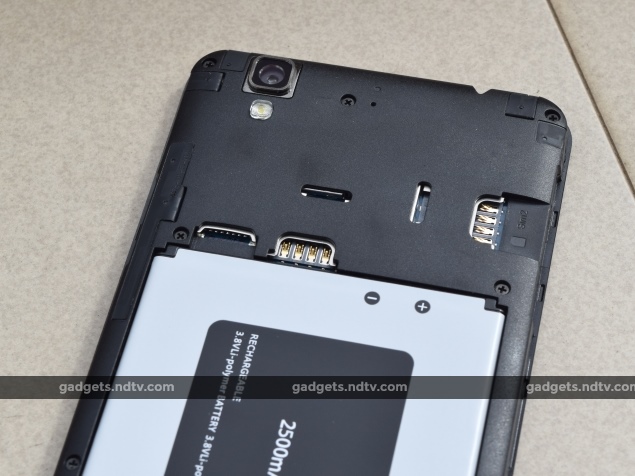 Camera
The second thing that has changed in going from Yureka to Yureka Plus is the camera module. While the Yureka used the older Sony IMX135 sensor, the Yureka Plus has the newer IMX214 sensor. Although both are 13-megapixel sensors, the IMX214 has small technical tweaks that promise better photography and videography, including improved support for HDR stills and video.

In practice, the camera is at least as impressive as the one on the Yureka. Pictures are detailed, sharp and have colours that are vibrant and truly pop. You have to zoom really far in on a desktop monitor to reveal any flaws in the images, and whites have the proper colour tone. However, there are definite issues in the handling of low-light situations, with dark zones in images appearing too dark to be able to spot any detail. 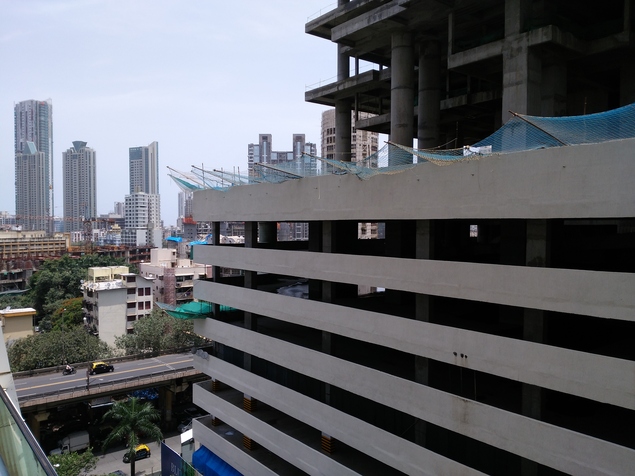 HDR mode offered excellent results, with the already great colour handling improving dramatically. We generally preferred to shoot in HDR mode, as the effect was subtle, yet visible. Video was usually good, as were close up shots. With the exception of the slight problems with low-light shooting, the camera on the Yureka Plus is slightly improved over the one on the Yureka. The front camera takes acceptable shots, although it also suffers from the same tendency to underperform with low-light shots.

The camera app is minimalistic and easy to use, with settings icons occupying only a small part of the screen, keeping most of it for the viewfinder. There are buttons for quick video, photo and panorama shots, along with a flash selector, the camera switcher and a shortcut to the various modes. It's well designed and makes camera use easy. We had some issues with the speed of the autofocus on the Yureka which have been fixed with the Yureka Plus; autofocus is usually quick and effortless. 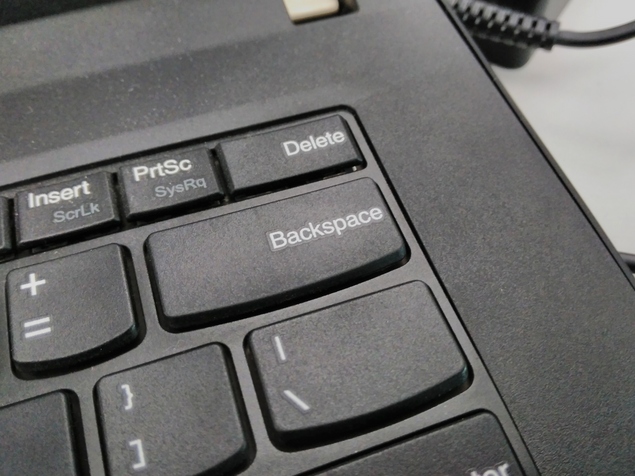 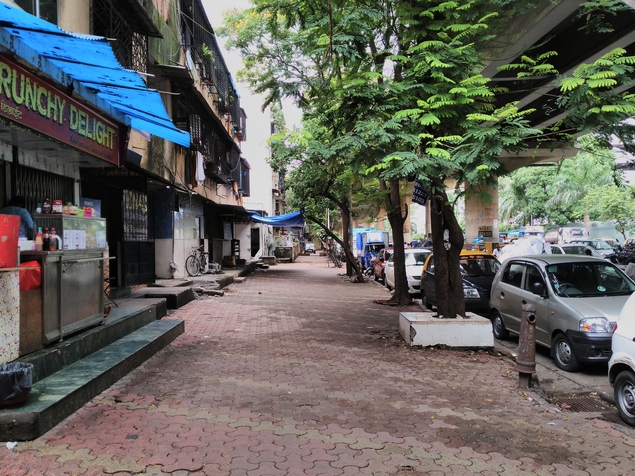 Performance
The Yu Yureka Plus is a capable device in terms of performance, thanks to the combination of a good SoC, strong specifications, and an excellent operating system. Our collection of test videos loaded and ran well, including the most heavily encoded clips. Even with apps and games, the phone ran fairly well most of the time, with graphics slowing down only slightly on rare occasions. High intensity games such as Angry Birds 2 and Asphalt 8 ran smoothly on the device, but there was a definite heating issue near the top of the device. This also caused a heavy battery drain with even just 15 minutes of gaming.

Benchmark tests showed excellent numbers for a phone using the Snapdragon 615 SoC, and all scores were slightly higher than those recorded on the Yu Yureka. AnTuTu and Quadrant returned commendable scores of 34,457 and 24,116 respectively, while GFXBench and 3DMark recorded scores of 14fps and 5,477 each. All of this confirms that the Yureka Plus is a good performer, and offers excellent returns for the price.

Call and speaker quality are both decent, and network reception gave us no reason to complain. Battery life on the Yureka was underwhelming, but this seems to have been improved considerably on the Yureka Plus, despite the higher-resolution screen. Our video loop test drained the battery in 10 hours, 5 minutes, which is a huge improvement over the Yureka. In day to day use, the battery drains as quickly as any Android smartphone, and so it should comfortably last a full day with normal use. 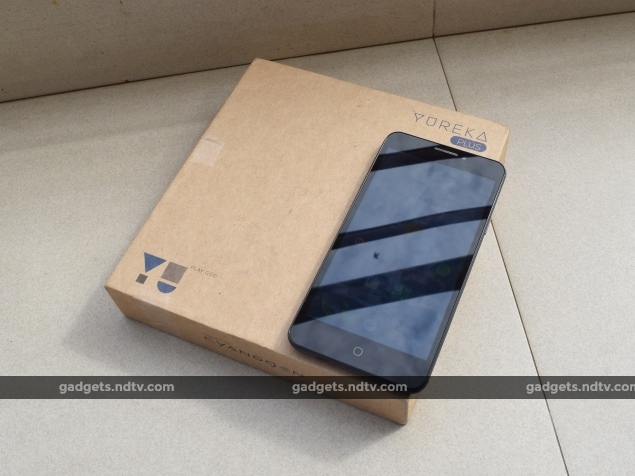 Verdict
Yu has made it a point to keep the fact that it's owned by Micromax aslow-key as possible. This has helped the brand establish itself as an independent entity with its own appeal, which has worked well. The Yu Yuphoria's popularity is proof of that, and can also be seen as a sign of things to come.

The Yu Yureka was a groundbreaking product when it launched. It showed just what a budget smartphone was capable of, and set the stage for what have proven to be fun times in the smartphone price wars. It also showed the world just how important a good operating system is to the smartphone experience.

The Yu Yureka Plus is an intelligent way to strengthen the company's first product now that the competition has had some time to catch up. It has improved just enough to give it a sense of freshness, while retaining all the qualities that made it stand out in the first place. This is what keeps the phone and the company relevant, and we have no issues with recommending the Yu Yureka Plus if you're shopping for a smartphone under Rs. 10,000.