When we reviewed the Micromax Unite 2 (Review | Pictures) last year, we called it the "master of languages". The phone didn't have exceptional hardware performance but the software incorporated support for 21 languages in its keyboard and in a third-party phonebook app called Reverie. In that respect, it served one purpose well - local language support right out of the box.

Exactly a year later, we have its successor, aptly named Micromax Unite 3 and it has a few new tweaks in its software even though things remain mostly unchanged on the hardware front. Micromax has collaborated with Mumbai-based startup Firstouch to introduce a new customised UI and keyboard, both with support for 10 Indian languages. While the number of languages supported has gone down, we hope to see a more polished experience this time around thanks to Firstouch's expertise in this area. 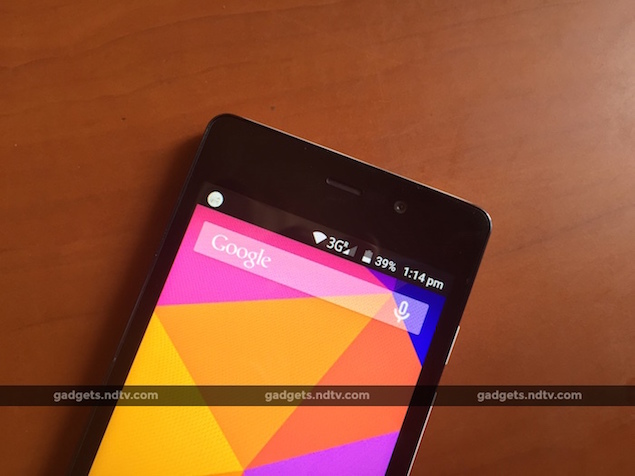 Look and feel
The Micromax Unite 3 definitely won't win any awards for design. Micromax has decided to keep the design utilitarian which works in favour of the demographic we think it intends to target with this phone - non-tech-savvy first-time users. Thanks to its compact dimensions, the phone is comfortable to hold and use with one hand.

Our review unit had a black front with a white rear cover. Removing it reveals the battery compartment, two slots for the SIM cards (one Micro and one Mini), and a microSD card slot. The rear of the phone houses the primary camera and flash, and there are holes for the loudspeaker. The Micro-USB port is on the bottom along with the microphone. The 3.5mm audio jack is present on the top. 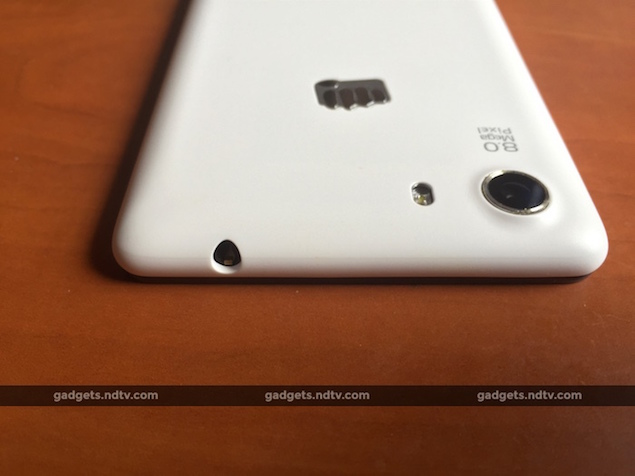 The right houses the power button and volume rocker. The tactile feedback on both these buttons could have been better. Above the display, you can find the earpiece, front camera, a cutout for the ambient light sensor and the proximity sensor, and a LED statusindicator. A row of capacitive buttons lies below the display for navigating through the operating system.

Specifications and software
Internally, the Unite 3 rocks a 1.3GHz quad-core Mediatek MT6582M processor with Mali-400MP2 GPU. Micromax also provides 1GB of RAM and 8GB of internal storage space. Storage can be expanded by up to 32GB using a microSD card. Moreover, the Micro-USB port can be used for USB-OTG as well.

The primary camera can capture 8-megapixel images and for selfies there is a 2-megapixel camera on the front. There is no support for 4G but both SIM cards can be used on third-generation cellular networks. Other connectivity options includes Wi-Fi a/b/g/n and Bluetooth 4.0. The Unite 3 has the same 2000mA battery as its predecessor, but Micromax claims that it can last longer. 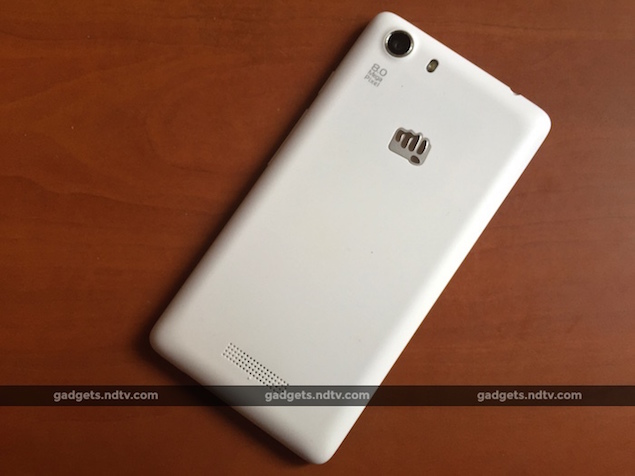 The 4.7-inch display has a resolution of 480x800, which is really outdated today considering there is an abundance of budget smartphones with 720p displays. The IPS panel has muted, almost desaturated colours and we could see jagged edges on text. The sunlight legibility and viewing angles are poor as well.

Switching on the phone for the very first time, we were greeted by an assortment of comically large icons of the most commonly used apps such as the phone dialler, contacts, messages, music, settings, and app store. This was our first brush with the Firstouch launcher that runs on top of Android 5.0 Lollipop. It is cartoonish and, for the most part, ugly. There is no app drawer and all the apps are lined up on multiple home screens. This launcher can render text in ten Indian languages. 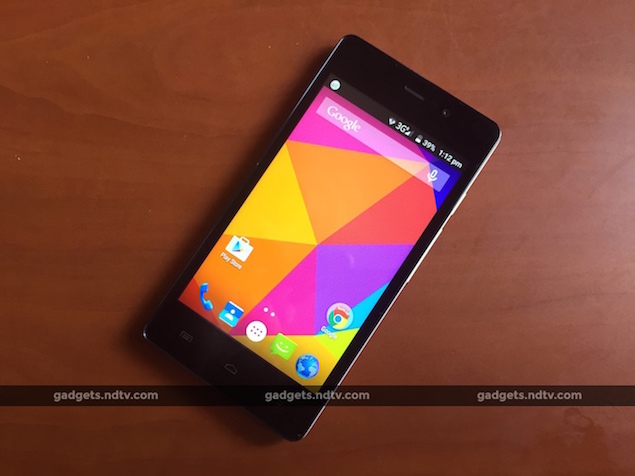 However, we soon realised that we could switch to the default Android Lollipop launcher, with a separate app drawer. Interestingly, Android Lollipop introduced support for 15 Indian languages, which is higher than what Firstouch offers. Therefore, Firstouch really fails to create an impression with us. That said, we appreciate Micromax for introducing theSwiftkey and Android (AOSP) keyboards apart from Firstouch keyboard as options. 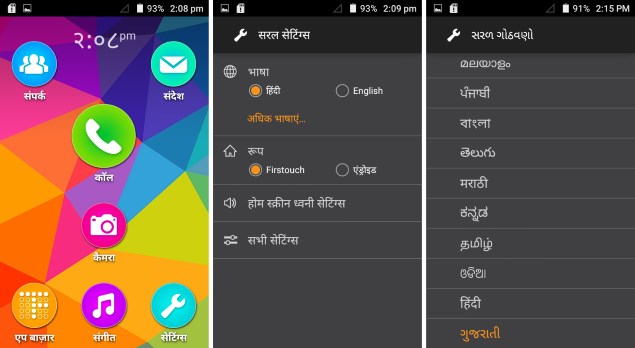 The Firstouch keyboard is superb if you are going to be typing in any regional language as your first choice. We tried Tamil, Gujarati and Hindi, and it was really easy to get used to. In fact, we gave the phone to colleagues fluent in different languages to gauge how easy/difficult it was to use the Firstouch keyboard, and they all reported that it was easier to type on Firstouch than other Indic language keyboards they've used before.

Additionally in the messaging app, one can transliterate and translate texton the fly, with swipes to the left and right respectively. The phone needs to be connected to the Internet for it to translate text, though transliteration is not dependent on an active connection.

Micromax has also added gesture commands to open apps. However, we really think that the company could have cut down on the bloatware bundled with the phone. 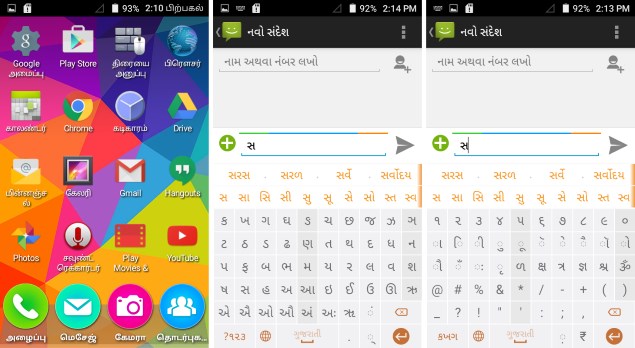 Performance and camera
The Unite 3 on its own is a decent performer. It runs without stutters and is generally responsive to any command you throw at it. However, it is as fast as the similarly priced Xiaomi Redmi 2 (Review | Pictures), Moto E (Gen 2) 4G (Review), or Yu Yuphoria (Review | Pictures). Especially when it comes to gaming, the Unite 3 struggles.

In our AnTuTu and Quadrant benchmark tests, the Unite 3 scored 20,190 and 5,845 respectively. Graphics benchmark tests 3DMark Ice Storm and GFXbench returned scores of 3,247 and 9.7fps respectively. 1080p videos stuttered during playback and also skipped frames. The loudspeaker had very low output and didn't sound great. The bundled headset is decent but you'd be better off using a third-party pair of headphones. The call quality was average and we faced some issues with connection drops even in areas where one can find good cellular reception. 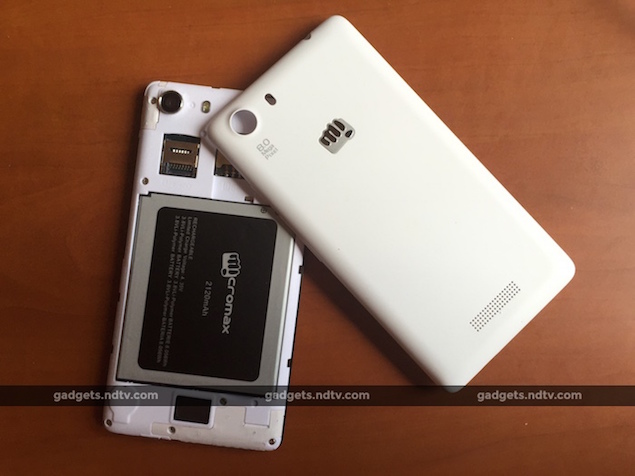 We liked the camera on the Micromax Unite 2 last year, but its only competition at the time was the Moto E (Gen 2). Things have changed since then. Phones such as the Redmi 2 and Yu Yuphoria have shown that companies don't need to compromise on the performance of the camera on a low-cost phone. Therefore, while the camera of the Unite 3 might be as good as its predecessor's, it is only average at best by today's standards. 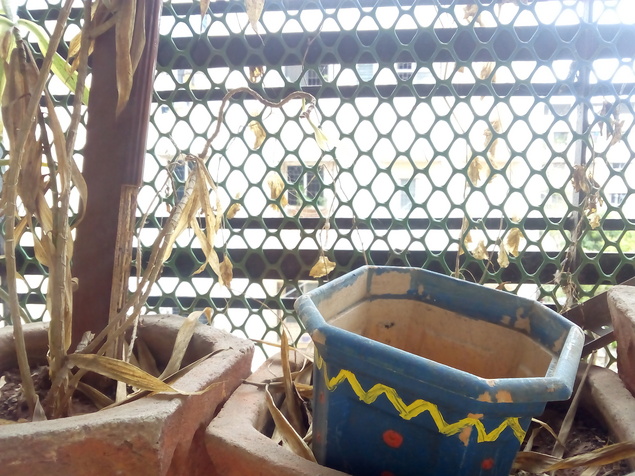 Regardless of lighting conditions, the software of the camera reduces noise so much that it smudges details, creating a water-colour effect in shots. Moreover, it struggles with exposure as we constantly got over-exposed shots in daylight. In low light a lot of areas were severely underexposed as well. The 2-megapixel front camera is also an average shooter and could have been much better.

Verdict
Quite evidently, the Micromax Unite 3 doesn't boast of top-of-the-line specifications or impress us with crazy pricing - it costs around Rs. 6,500. However, it does serve one really important purpose - localisation of the smartphone UI for a huge audience of buyers who are not comfortable with English. The phone makes sense only when that particular feature is taken into consideration. For every other purpose, there is a Redmi 2 or a Yu Yuphoria out there that will work out better. 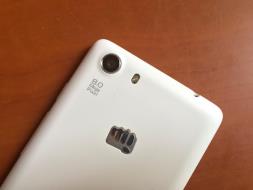