Micromax has been less active than usual over the past year or so. It launched the Vdeo series of VoLTE enabled smartphones at various price points some time ago, and the increasing popularity of Reliance Jio and a demand for VoLTE devices has led to frequent additions to the series.

It looks like smartphone design in the lower end of the market is reaching a saturation point. When we look at the Micromax Evok Power from the front or back, it reminds us of multiple Chinese competitors. The colour is much like that of the LeEco Le 2 (Review). The earpiece is a bit too recessed and can pick up pocket lint easily. The phone has 2.5D curved-edge glass on its front, but the plastic frame around it pretty much hides the curves.

The rear camera, LED flash, and the fingerprint sensor are placed in the center of the back. The Micromax logo on the back is raised and has a different finish. The textured plastic band surrounding the phone is one design element that does stand out for being unique. More than aesthetics, the band improves grip while holding the device.

The power and volume buttons are positioned on the right side of the device, while the left side is completely blank. The charging port is at the top along with the 3.5mm audio socket, and the bottom only has a microphone. While the back cover is removable, it needs brute force to open it. Most of the back panel is plastic with a metal plate stuck in the middle. 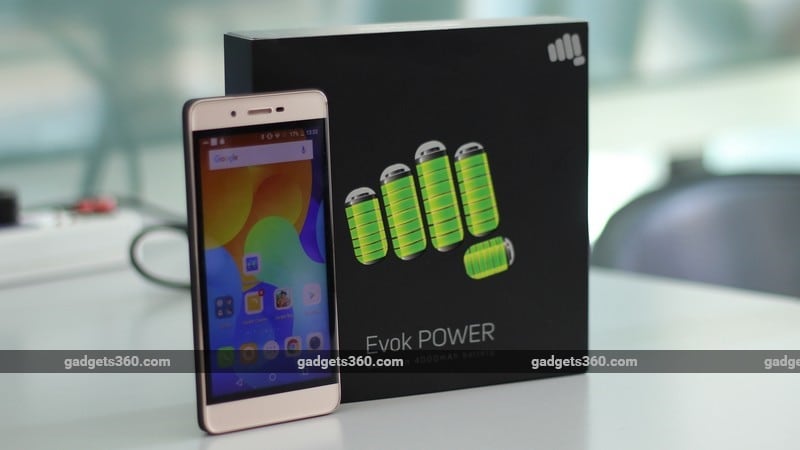 The Evok Power sports a 5-inch display with HD resolution. It has 2.5D curved-edge Corning Gorilla Glass on top. Viewing angles are good and the display is viewable under sunlight. Strangely, we found that manually adjusting the brightness slider disables adaptive brightness. The smartphone is powered by a quad-core MediaTek 6737 SoC clocked at 1.3GHz. There is 2GB of RAM and 16GB of storage. Storage is expandable up to 2TB thanks to the dedicated microSD card slot. 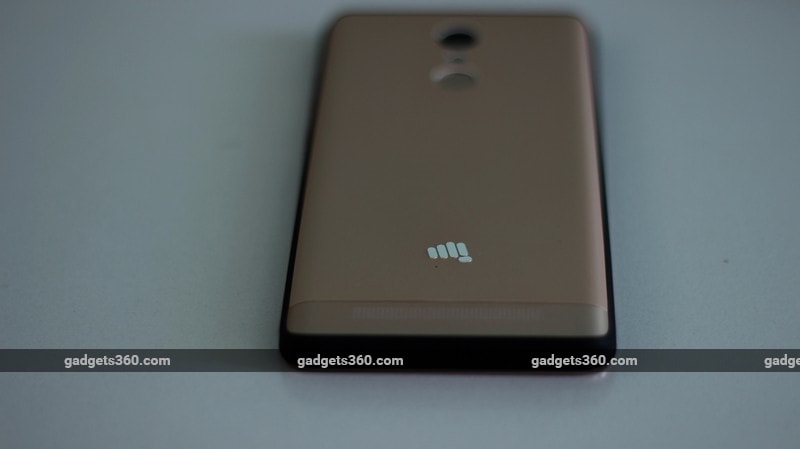 You get a non-removable 4000mAh battery, and Micromax has thoughtfully provided a 10W charger in the box. While it isn't technically Quick Charge compatible, the higher output helps reduce charging time.

You get two Micro-SIM slots with support for 4G and VoLTE. Both SIMs can latch on to 4G networks but only one works at a time. SIM cards cannot be hot-swapped and the phone needs a reboot for them to work.

As expected, the smartphone runs on Android 6.0 Marshmallow. While Micromax hasn't changed the interface drastically, there are a few noticeable customisations. Weirdly, there are two ways of accessing the quick toggles. The first is the traditional method of swiping down from the top of the screen. The other is swiping up from the bottom which brings up an iOS-like Control Center. The latter is a gesture for the preinstalled Steroid Launcher and only works on the homescreens.

Google Duo comes preinstalled as announced, along with Uber, Saavn, and Gaana. If you enjoy listening to FM radio, the phone has that capability and it supports recording too. You do have a significant amount of bloatware to deal with. The list includes news apps Daily Hunt and Hotoday, an entertainment app Chillx, Amazon, and a few games like Jungle Run and Temple Paradise. You can uninstall most of these right away to reduce clutter. 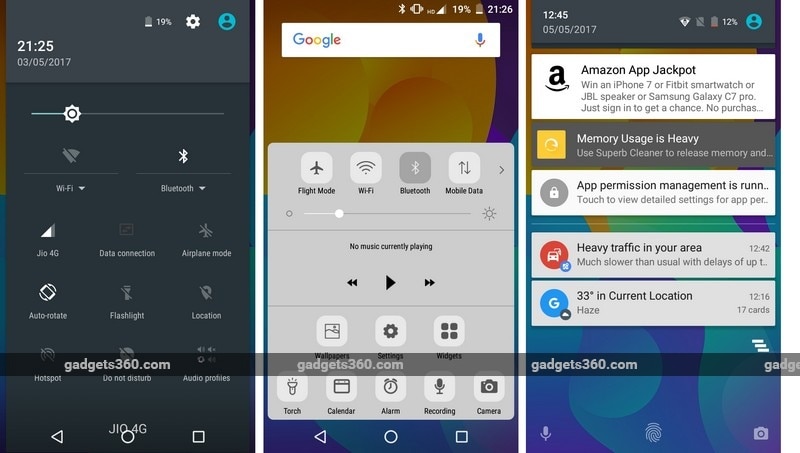 Micromax's Around app aggregates data for different services like hotels, ticketing and cabs, and presents relevant information based on your location. The app can be accessed from the home screen by swiping left. It shows data pulled from the Internet for Uber, Zomato, and multiple other service providers.

Superb Cleaner, a spammy RAM management app, isn't enabled by default and we'd recommend you keep it that way. Once enabled, the app hijacks the lock screen and displays ads. Annoyingly, the phone has a persistent notification stating that App Permission Management is running. Disabling this means that all apps automatically get all the permissions they ask for, which is risky and not recommended.

The Evok Power has an 8-megapixel camera on the back with a single LED flash. The camera app on the phone is very basic and the interface is not intuitive. Shooting options are limited, and you only get to choose HDR, Face Beauty and Panorama. The app does have a gesture capture feature to help you take photos, but it didn't work as expected all the time.

Photos taken with the Evok Power in daylight are usable as long as they aren't cropped. It looks like the compression applied is quite aggressive, which leads to artefacts in the output. Camera performance drops in low light. The software attempts to compensate for the sensor by keeping the shutter open for a longer time, which results in blurry images. It is relatively easier to capture stationery subjects. Video resolution is capped at 1280x720. The phone supports continuous autofocus while recording, but you can also tap to focus. EIS (Electronic Image Stabilization) is listed in the settings menu, but it did not make any significant difference to the output.

The 5-megapixel selfie camera gets toggles for HDR and Face Beauty modes. Output from the camera is decent and does not suffer from compression losses like with rear camera. Photos are good for sharing and social media. The selfie camera is also capable of recording at HD resolution which is a plus. 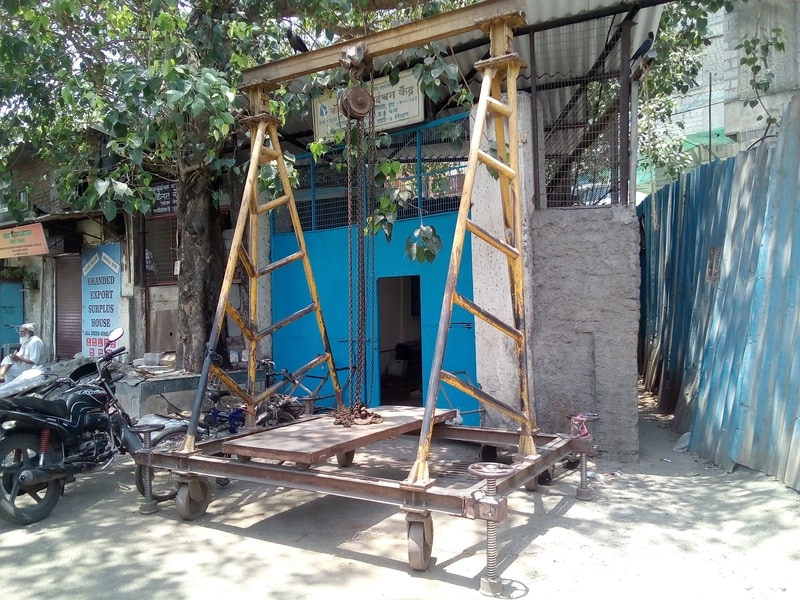 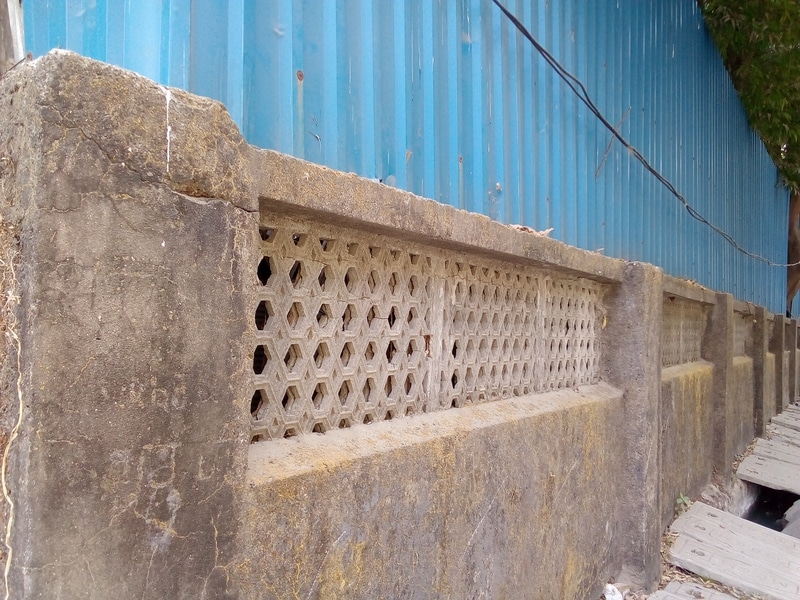 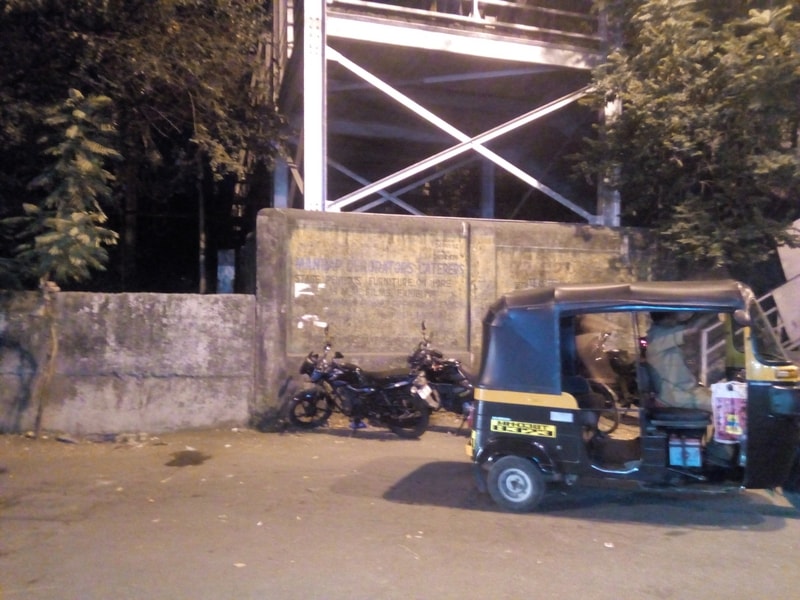 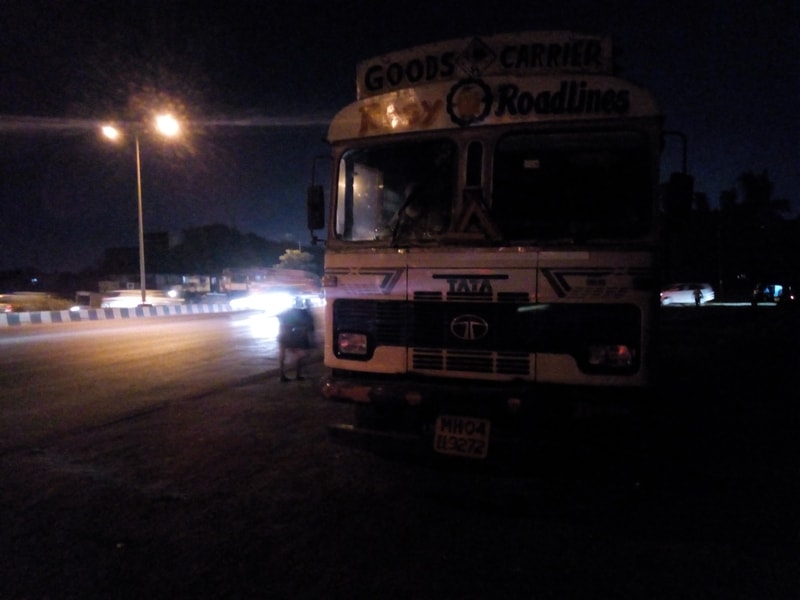 Our first impression of the phone after booting it up wasn't all that good. There was quite a bit of lag, and the touchscreen often registered swipes as touches. After some time, we noticed an improvement. The MediaTek processor and 2GB of RAM managed to keep the experience fairly smooth. We saw close to 1GB of RAM available while multitasking, and apps in the background weren't killed to free RAM.

The Micromax Evok Power scored 29,025 in Antutu which puts it quite close to the Lava Z10, which has similar specifications. This phone also scored 530 and 1,482 in Geekbench's single-core and multi-core tests. We played games like Real Racing 3, Dead Trigger 2 and Asphalt 8. The phone took longer than usual to load the games, but we could play them without trouble.

Battery life is impressive with the phone managing to go on for over 14 hours in our HD video loop test. We were happy that the the battery didn't drain much more quickly when playing games. The phone could easily last one day of medium usage with some juice left over. One downside to the big battery is that this phone requires nearly three hours to charge fully. 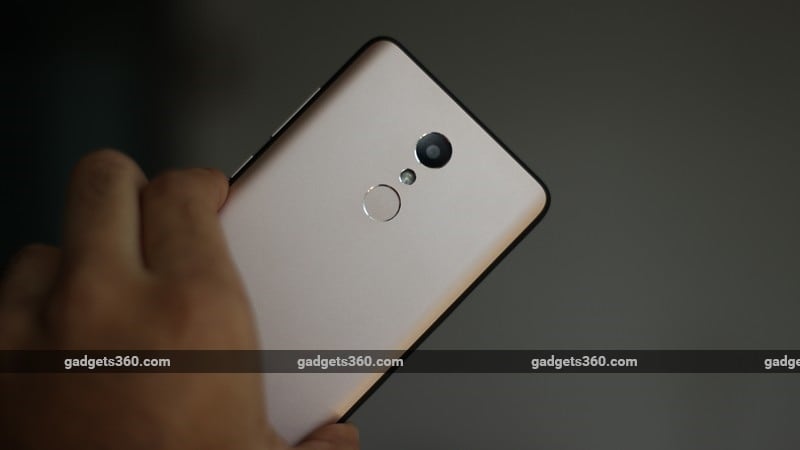 On paper, the Micromax Evok Power offers acceptable hardware for the price. Battery life is the strongest weapon in the Evok Power's arsenal, and it outlasts those of its competitors that we have tested. The addition of a fingerprint sensor helps the Evok Power score some points over the competition. However, it needs a bit more polish when it comes to usability. The glitchy touchscreen response, spammy bloatware and mediocre camera performance dampen the experience to some extent.

If battery life ranks high on your priority list, you can consider the Micromax Evok Power. It benefits from the combination of a frugal processor and a big battery. On the other hand, the Xiaomi Redmi 4A (Review) and Lyf F1S offer better hardware if performance is what you need.

Aditya Shenoy Email Aditya
Aditya Shenoy reviews smartphones, wearables, headphones and speakers for Gadgets 360, out of Mumbai. Aditya is a reviewer for Gadgets 360 and has written extensively about smartphones, software updates, and upcoming devices. Aditya is available on Twitter at @adishenoy, and you can mail him at adityashenoy@ndtv.com, so please send in your leads and tips. More
Facebook Reactions Now Available in Comments as Well
ISRO Successfully Launches GSAT-9 'SAARC' South Asian Communication Satellite